Fresh from bagging the Best Newcomer Award at the recently held British Fantasy Award, London based Malaysian author Zen Cho reveals to Eksentrika that despite her name, she has been far from zen when it comes to writing, and yet she has already begun writing a sequel to her debut novel, ‘Sorcerer to the Crown’.

“I have actually been working on the second book way before ‘Sorcerer to the Crown’ was released,” Zen says, adding that her debut novel, which was started in 2012, had taken nine-months to complete.

She immediately began penning the sequel soon after sending her first manuscript to publishers, Ace and Macmillan.

International acclaim has since shot the 30-year-old to literary stardom but prior to that, Zen was no stranger to the local publishing scene. 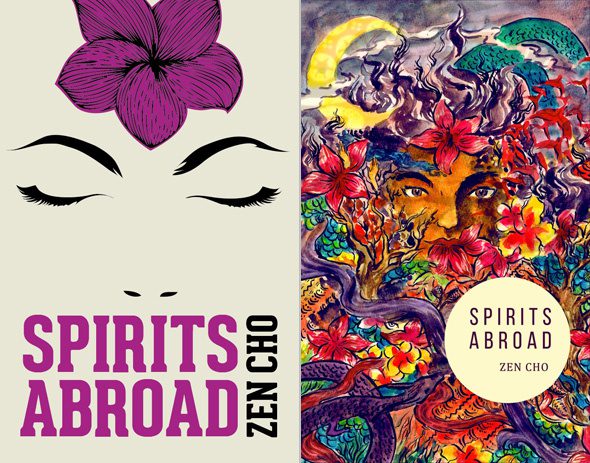 The awards and nominations might seem like added pressure to deliver her next work, but Zen says it made little difference since she is perpetually stressed by default anyway.

“I am constantly rapped by self doubt and I get stressed before even starting to write, let alone getting nominated.

Surprisingly, the act of writing itself, is a factor that disturbs Zen’s zen.

I don’t enjoy writing because it stresses me up. It feels better once I’m finally done.

The key to overcome her loathing for the process, she says, is discipline; something she has forged on a daily basis to ensure her stories are fleshed out.

“It’s like a muscle that needs to be continuously exercised to develop,” she says of her writing discipline.

“However, everyday is the question, do I write or go on Facebook?”

Despite juggling being an author and writing novels, Zen has no intentions of abandoning her legal services for full time writing.

She believes this keeps her writing on edge and at the same time safeguards her finances.

“Full time writing can be stressful and won’t be good for your art as you’ll get wound up about everything. It’s good to have a balance.”

It took the writer four-weeks to outline the plot for ‘Sorcerer to the Crown’, and then use it as a guide that assisted the story’s progression.

“Sometimes, I veer way course or the outline is wrong. There is no way out but to write.”

To enhance her writing, Zen also spends a vast amount of time researching and reading works of other fantasy authors. The works of Georgette Heyer specifically- had served as a primary experience for Zen and influenced the way she envisioned a fictional 18th century London setting.

Zen’s book has been drawn as having similarities to Susanna Clarke’s ‘Jonathan Strange & Mr Norrell’; a fact Zen embraces as flattery due to her high regard for Susanna’s works.

The release of ‘Sorcerer to the Crown’ had incidentally, coincided with BBC’s adaptation of Sussana’s 2004 novel.

“I don’t get annoyed when folks come up to me and say that my book is similar to Susanna Clarke’s. Her books have inspired me a little and I enjoy her writing style,” Zen says.

“I’m not worried or stressed about being original because most stories come from other stories.”

Other writers Zen counts as inspiration include Karen Lord and Geoff Ryman from the science fiction and fantasy genre as well as British children’s writer, Frances Hardinge.

On her affinity for Fantasy, Zen says she enjoys the thrill of venturing into a different world.

“I feel fantasy is a default way of telling stories. If you’re telling (fantasy) stories, there is no need to question all the rules of reality.”

She however admits that the genre is huge and consists many layers ranging from horror and magic to bizzare made up stuff.

Zen Cho can be followed on her website or her Facebook. Her debut novel, Sorcerer to the Crown can be purchased at all major bookstores nationwide. Have you read Zen’s book? Have an opinion about it? Share it with us by emailing to [email protected]