Wong Kar Wai is no stranger to movie lovers.

Born in 1958, the Hong Kong film director, screenwriter, and producer has gone on to become the stuff of legends. His films, well known for their atmospheric music, exquisite cinematography, bold and saturated colors, and at times nonlinear narratives have captured the imagination of many.

Here are seven Wong Kar Wai films movie lovers must watch at least once in their life.

While at first their encounters are reserved and polite, they soon realise that their respective absent spouses are having an affair with one another.

One of the definitive works of 1990s cinema, Chungking Express is a snapshot of four interlocking lives briefly connecting under the artificial lights and maze-like passages of Chungking Mansions, a commercial complex in Hong Kong.

The film charts the interconnecting fates of several mysterious characters in the dazzling neon metropolis, including a detached hitman hoping to leave his shady line of work behind, his elusive assistant who is secretly in love with him, and a mute entrepreneur with an unusual business scheme.

Premiering at the 1997 Cannes Film Festival, Happy Together won Wong Kar Wai the festival’s Best Director distinction, awarded for the first time in history to a Hong Kong recipient.

A queer love story set in Argentina, it stars Hong Kong acting royalty Tony Leung Chiu-wai and Leslie Cheung as an on-and-off-again couple whose volatile and passionate relationship begins to spiral out of control.

This heartbreaking depiction of love, obsession, and isolation is one of Wong Kar Wai’s most devastating works.

2046, Wong Kar Wai’s bewitching and enigmatic sequel to his 2000 masterpiece In the Mood for Love, premiered in competition at the 2004 Cannes Film Festival.

Starring Tony Leung Chiu-wai as a writer caught between the past, present, and future, as well as an all-star cast including Zhang Ziyi, Gong Li, and Faye Wong, 2046 is a romantic and melancholy exploration of the relationship between love, time, and memory shot with the Hong Kong auteur’s characteristically lush visuals.

The Hand is an extended version of Wong Kar Wai’s contribution to Eros, a three-part film anthology also including works by Michelangelo Antonioni and Steven Soderbergh.

Set during the 1960s in Hong Kong, the film stars Chang Chen (Happy Together) as a tailor’s assistant who is sent to take the measurements of a famous courtesan played by Gong Li (Memoirs of a Geisha).

An intimate first encounter leads to him lovingly making her beautiful garments over many years as he grows in success and she increasingly falls on hard times.

Wong Kar Wai’s only wuxia, or martial arts film, Ashes of Time Redux is a revised version of his 1994 epic of the same name loosely based on Louis Cha’s novel The Eagle-Shooting Heroes.

Told with the director’s characteristic preference for mood over classical narrative, it features numerous Hong Kong superstars including Leslie Cheung, Brigitte Lin, and Tony Leung Chiu-wai in a romantic story of heartbreak and revenge in the Jianghu desert.

MUBI, the global distributor and curated film streaming service, has announced that it will be releasing all seven films from the acclaimed filmmaker Wong Kar Wai in Malaysia, including five new and exquisite restorations.

Renowned as one of the greatest filmmakers of our time, Wong Kar Wai spent five years restoring the collection, which covers some of his most celebrated work across the past several decades, including 2046 (2004), Chungking Express (1994), Fallen Angels (1995), Happy Together (1997), and In the Mood for Love (2000).

The restoration was led by L’Immagine Ritrovata and completed in Bologna and Hong Kong under the supervision of Wong Kar Wai, and in collaboration with Criterion. The season also includes Ashes of Time Redux (2008) and The Hand (2004).

The release of the new collection comes twenty years after the premiere of the multi-award-winning In the Mood for Love, a film that received widespread acclaim worldwide following its debut at the 2000 Cannes Film Festival and saw Tony Leung Chiu-wai become the first Hong Kong actor to be awarded the Best Actor Prize, and Christopher Doyle, Mark Lee Ping-bing and William Chang Suk Ping receive the Grand Prize of the Superior Technical Commission.

Sign up with MUBI for an exclusive 30-day trial to watch all 7 of Wong Kar Wai films. Discover more film-related articles.

Cover image for 7 Wong Kar Wai Films Movie Lovers Must Watch At Least Once sourced from The Hollywood Reporter and MUBI. 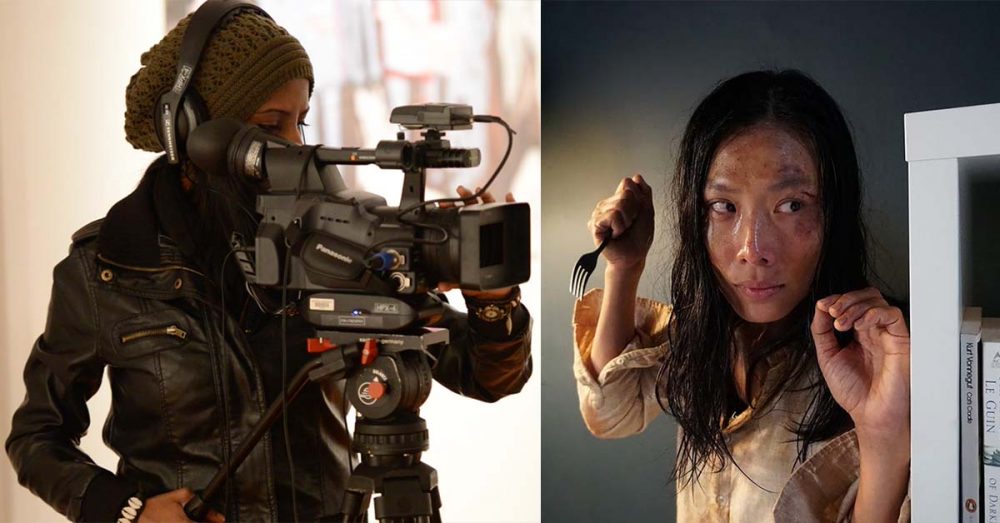