In 2009, Malaysia lost a precious soul. Yasmin Ahmad was only 51 when she returned to the Maker.

The filmmaker collapsed, unexpectedly, at a work meeting. She had been suffering from a brain hemorrhage.

The news shocked a nation, who had felt her love through her work in television ads. Until today, her name is synonymous with that special way of storytelling, a mix of humour, love and unspoken realities that most Malaysians will easily relate with.

She boldly treaded where others feared to go, touching on taboo themes such as interracial love and friendships in her films and TV ads.

Who is Yasmin Ahmad?

Yasmin Ahmad was an award-winning Malaysian film-maker, or in her own words – “a film dabbler and screenplay writer of sorts”, who was known for her moving television ads for Petronas locally, and her racially diverse films on the international stage.

For those of you who are not familiar with her, don’t be surprised to find out that her films were often heavily criticized and even banned from being screened in Malaysia unless certain edits were made to the original cut.

Possibly a Malaysian favourite of her works would be the heartwarming Petronas advertisement for Hari Merdeka where primary school students Tan Hong Ming and Umi Qazrina confessed their love for each other. One of our writers, Charmaine Sze, still remember debating with her family and friends on whether or not the entire thing was scripted, and if it was, the kids sure were professional actors!

Turns out, it was not scripted. The late legendary filmmaker spilled the beans when she was interviewed by Fahmi Fadzil, who was then pretty active in the arts in 2009 before he became a politician.

However, our personal favourite is the moving television commercial commissioned by the Ministry of Community Development, Youth and Sports (MCYS) in Singapore titled “Funeral”. In “Funeral”, the wife of the deceased reminisces about the times when they were in bed…

Since joining Leo Burnett, where Yasmin had been a creative director, I’ve been privileged to have met and speak to some people who had personally known her.

What’s interesting is that, they never describe her in adjectives, like “quirky” or “loving” or “funny”. Instead, they tell me stories.

So here’s a compilation of some of the best stories I’ve heard so far, and even some of Yasmin’s memorable quotes.

She loved to squeeze my face and say ‘I lup Chew!’…and then she would sing ‘Mak Lu sudah Kaya’ – Orked Ahmad.

Yasmin’s younger sister, Orked, who is the namesake of Yasmin’s famous films, Sepet, Gubra and Mukhsin, says that Yasmin was known for saying “Lupchew” to all her loved ones; nephews, nieces, mak and abah.

If you pick up a copy of the ” Yasmin, I Lup Chew” book, you’d learn that it was Yasmin’s trademark phrase to say “I love you” and like her films, cuts through all barriers of race, religion and class.

“She used to forbid us from doing storyboards and have us tell stories instead. It didn’t matter that you were a writer or admin clerk, she’d have us all sit around a table and each of us tell our story. Then she’d pick ten that she liked and bring the storytellers to the client meeting with her to have them personally relay their story.

“She wanted clients to hear from the source, so that the emotion and conviction in the stories remained intact. Some people would go there and cry at the memories they shared about. It was quite a therapeutic session where people could go and be heard.”

“In that way, she drew from us a lot of good, that we actually didn’t know we had,” “Virgil” tells me.

“Virgil”, who prefers to remain anonymous, is the treasure keeper of all things Yasmin at Leo Burnett and has played a significant role in all the post-humously released Yasmin books.  He explained that Yasmin’s rationale for not having storyboards, was to prevent nit-picking of the visuals which may or may not please the client’s aesthetics.

“Afterall, even a storyboard starts with a story in someone’s head,” he said.

“A friend of mine tendered his resignation after being told that he’s been hired by Leo Burnett as a visualiser. A week or so later, we got a directive from the management that there’s a hiring freeze and that my friend’s hiring had been cancelled.

Choo Seong, who played the male lead in Sepet, also remembers that Yasmin used to text him in the wee hours of the night about a film she just watched, or a phrase from a book or just to say,”look at the moon! it’s gorgeous!'”

“And when you reply her at 7am, she’d reply, like she doesn’t sleep. When asked ‘where did you get all the energy from?’, she’d say ‘where is the energy from? from yourself mah'”

“Once, it was close to midnight, I was stressed out with a brief I couldn’t crack. Yasmin came over and said: ‘go home, you look tired. We’ll figure it out together tomorrow ok?'”

And when she learnt that Choo Seong’s mom drove a 10-year old Kancil, she thought it was too old, and offered to buy her a new car.

There used to be a sweet smell lingering in the office and when someone remarked on it, Yasmin would say, “Sorry ya, I forgot to wear panties today”.- Virgil

Yasmin also used to keep a prayer rug in the common space of a discussion room and whenever the time came, she’d roll it out and perform her prayers without disrupting anyone in the room.

“Two nights before she died, she called some of us in the office together and asked us what we would like to learn from her. So we told her we wanted to know how to become a better writer and film maker. Then she said, ‘Actually I cannot teach you anything but I can point you in the right direction and that direction is God,” said Virgil

She then told us, “Don’t take her as a guru because then, at best, we’d become a poor imitation of a guru. ”

In a recorded interview with Fahmi Fahdzil, now Lembah Pantai MP, then a talk-show host for Pop TV’s The Fairly Current Show, Yasmin revealed that the basis for her movie, Talentime, was inspired by a Zen Buddhist saying; “The secret of the lotus lies in the mud in which it grows…so if your life got a lot of shit, you can be fantastic its up to you.”

She was also known to say,”Do not fear the ones above you, do not look down on the ones below you. Only fear God, and your mother.”

“Trust your feelings. People over-analyse everything these days not knowing that they’re moving further and further away from the truth.” 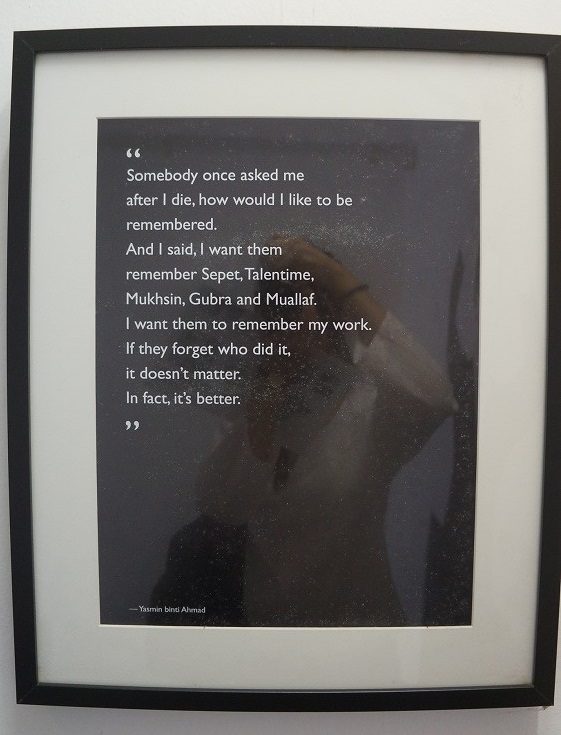 Our writer Charmaine Sze had visited Yasmin at Kong Heng in Ipoh in 2017 and was marveled by Yasmin Ahmad and her works.

Some basic info about the place if you are planning a visit are as follows:

1. Currently, the Newseum is open everyday from 9AM to 10PM. It is closed on public holidays.

2.  It has since shifted to the basement of BookXcess, into a building which used to be a bank vault. 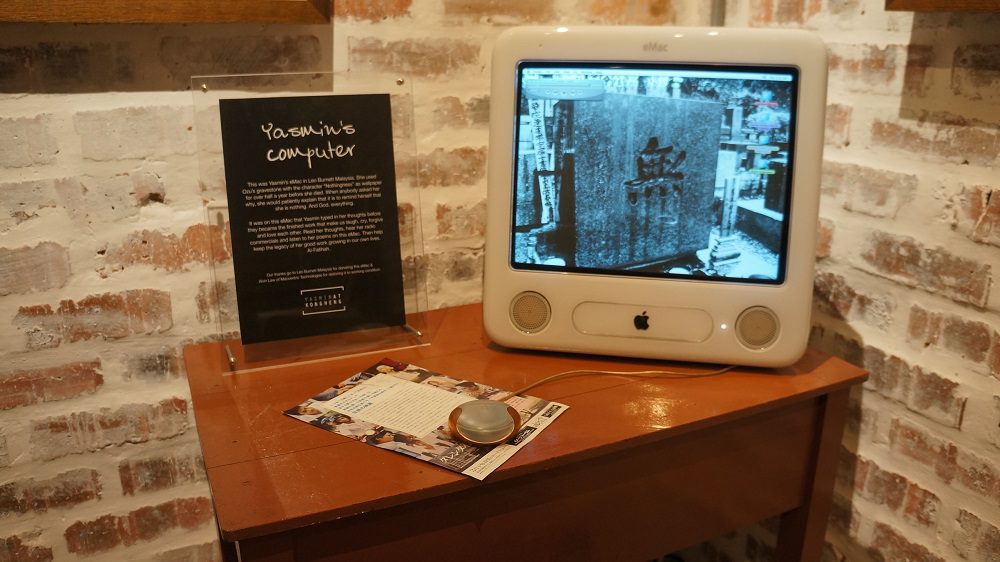 In this Newseum, visitors get a chance to explore Yasmin’s thoughts and works. It’s a place where you  can see her television commercials and movies with a simple request to the admin on duty.

The eMac Yasmin used in Leo Burnett Malaysia has been restored and acts as a small window into Yasmin’s philosophy on life.

Yasmin was well read in many religions and had a deep interest in Japanese philosophy. Her works typically resonates with her outlook on life, and you’d find she can be quite a punny person. 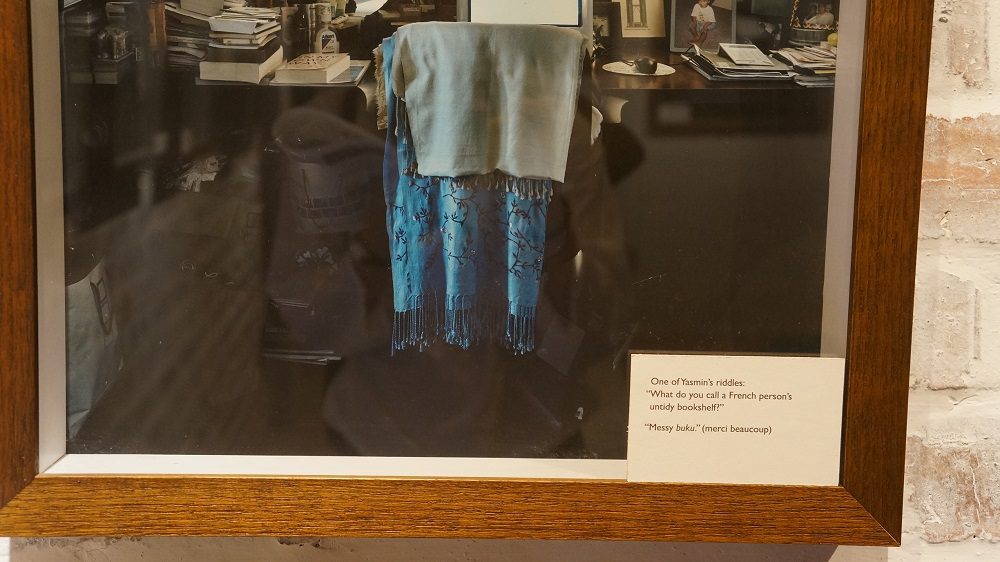 Yasmin was also a poet. Her eMac that was restored is filled with poetry written by some of her favourite authors, one of which is Rumi. A folder in the computer has poems read by Yasmin herself and you can read some of her poignant words in a Yasmin’s own blog The Storyteller 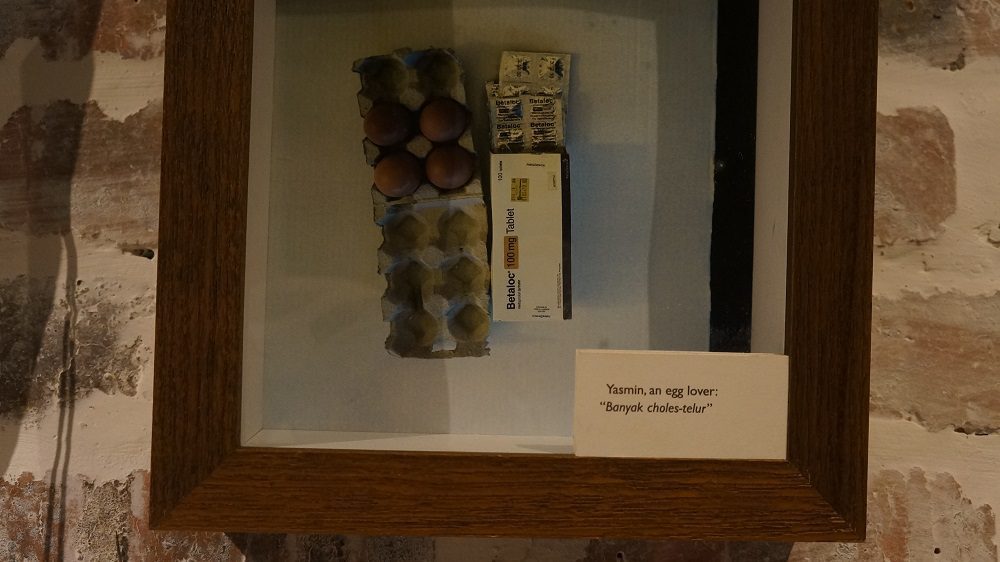 If you are curious to find out more about her, why not don your traditional costume (she believes traditional costumes give you a beautiful dignity, no matter what age or shape you’re in) and head to Ipoh on your next free weekend to discover the thoughts of this national treasure of ours. Alternatively, you can try to learn the Balinese dance moves passed down by sifu Yasmin.

“In the end, it’s these small things that you remember.” – Funeral by Yasmin Ahmad.