What does it take to be Art Battle Malaysia’s champion?

The winner for Art Battle Malaysia #3 is Eidlan Lakhawlez, a first time participant who took on the big guns and won!

What was his secret? Is it beginners luck or full on strategy savvy to win the recently held Art Battle Malaysia?

Afterall, Eidlan’s win marks the second time a first timer has championed Art Battle Malaysia, since Haris Rashid’s win in the first ever live painting contest. See more on the past battles here.

Eksentrika got Eidlan to spill the beans and we managed to glean three tips for future participants, that might just help you snatch that winner’s title next time around.

To practice or not to practice?

Did you know, the winner of Art Battle Malaysia #3 almost withdrew from the competition when he saw his competitors displaying their respective practice pieces?

Eidlan himself had neglected to bring along any practice pieces, mainly because he didn’t!

“I didn’t practice because I will get frustrated if I couldn’t paint what I had been practicing to perfection…plus the duration given was only 20 minutes,” Eidlan tells us. 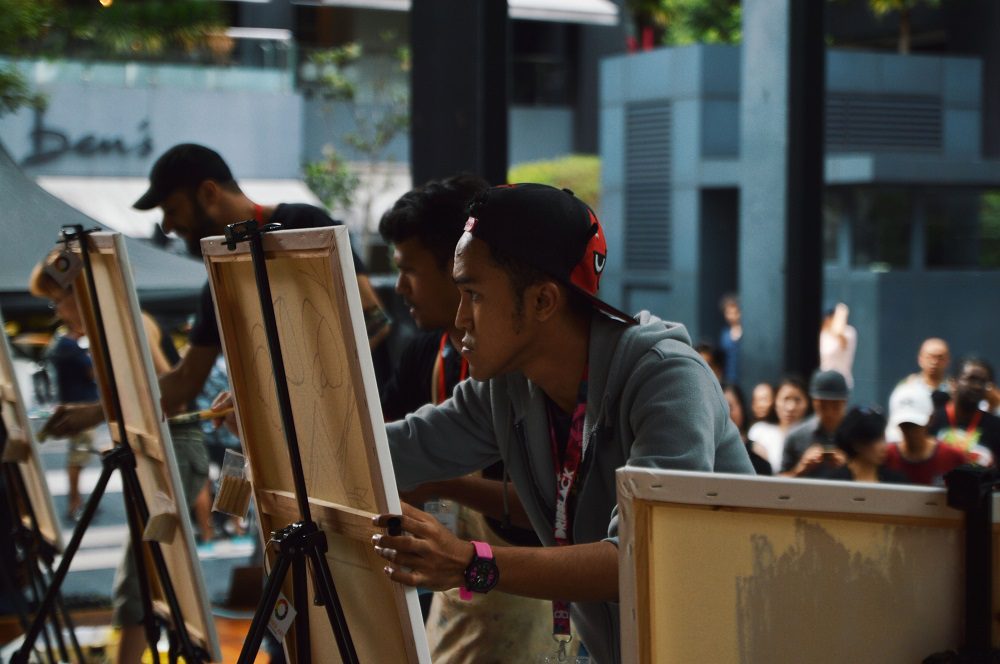 The trained architect said he decided to join Art Battle Malaysia #3 for the fun of it after a little research on the previous runs. Despite the initial cold feet, Eidlan decided to try his luck in the competition and good thing he did since fortune was totally in his favour!

In fact, according to Art Battle Malaysia organiser, Ruby Subramaniam, Eidlan’s winning painting also raked in big bucks, being sold at RM500, the highest in the competition series thus far.

Size up the competition then forget about them 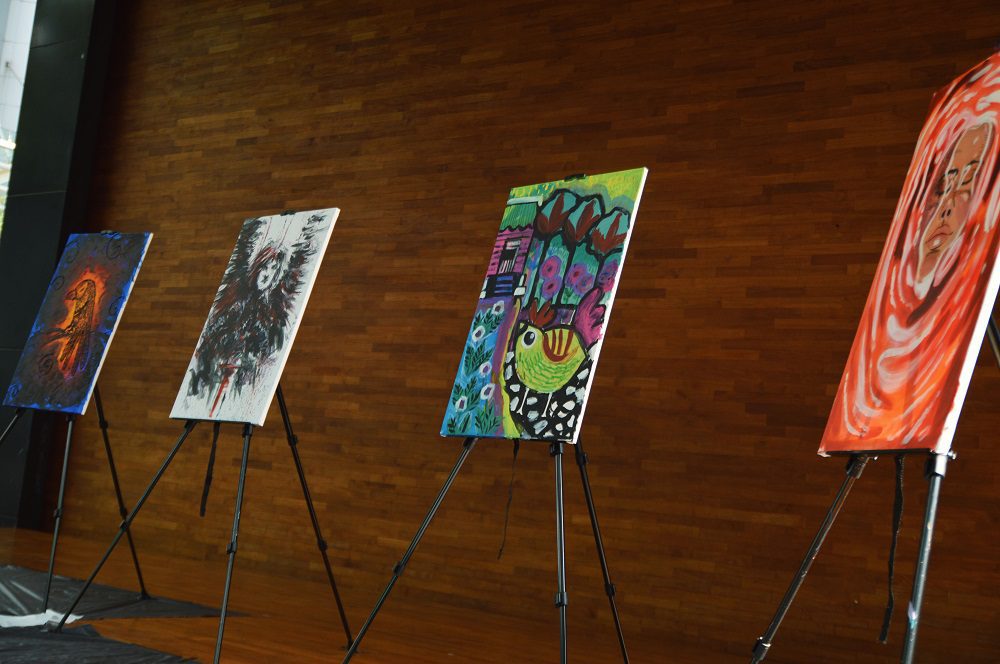 It can be quite intimidating to paint in front of a live audience, what more, alongside other talented artists who may have a wealth of experience and skills under their belt.

Art Battle Malaysia participants have also been known to include some pretty established names. All this can create a chaotic buzz that daunt even the best of us.

For Eidlan, he felt as if his blood pressure could spike up higher than the Empire State building in New York. 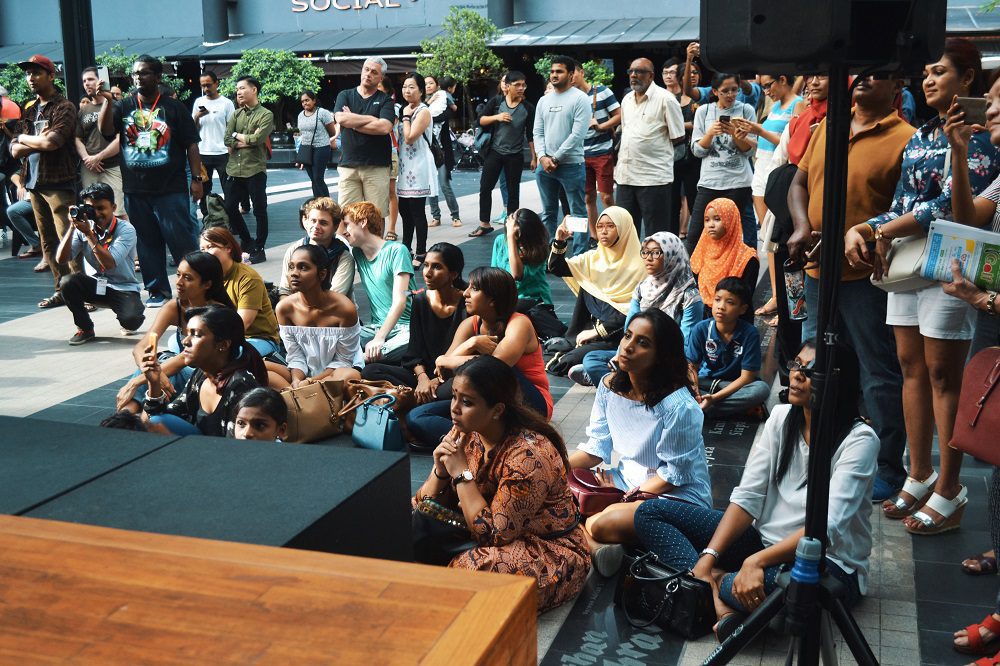 Instead of letting the competition unnerve him, the 100% passion driven art connoisseur decided to just enjoy the moment by ignoring the showdown factor.

“I would say just imagine that you are painting with the others when you are on stage,not competing against each other,” Eidlan says. 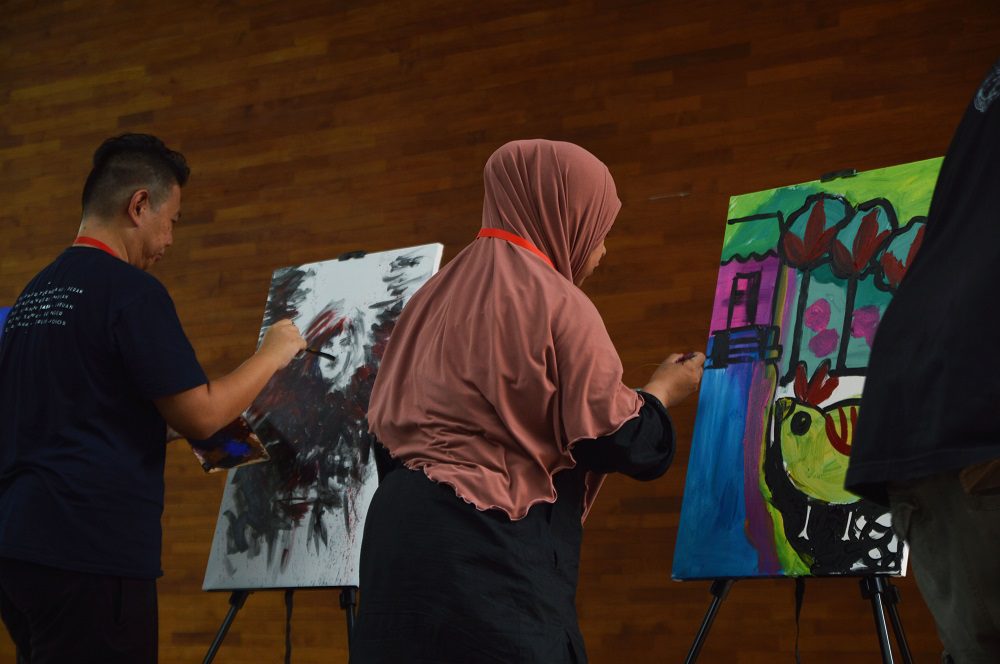 Eidlan considers his decision to join Art Battle Malaysia #3, to be a success in itself due to the amazing experience.

The rush and adrenaline is no joke, he says, however, he felt the event was rewarding in that he was able to gauge public’s acceptance of his work as well as chat with like-minded art enthusiasts and fans afterwards, making friends with locals and even foreigners from UK and Mexico.

Ultimately though, the tell-tale signs to predict a winner is still as elusive as ever. As the latest winner, Eidlan believes his painting style, which is rough and expressionist, jived well with the speed element of the contest, which could have earned him the coveted winner’s podium.

In retracing the previous Art Battle Malaysia competitions, event founder, Ruby says it’s interesting to see how the artists connected to the audience through their speedily manifested masterpieces.

She noticed that in the first Art Battle, winner, Haris had the edge with his fine arts background, yet the votes from public were very close. Second winner, Anna Sabrina may have captured spectators with her unexpected technique of painting on the ground instead of the easel. 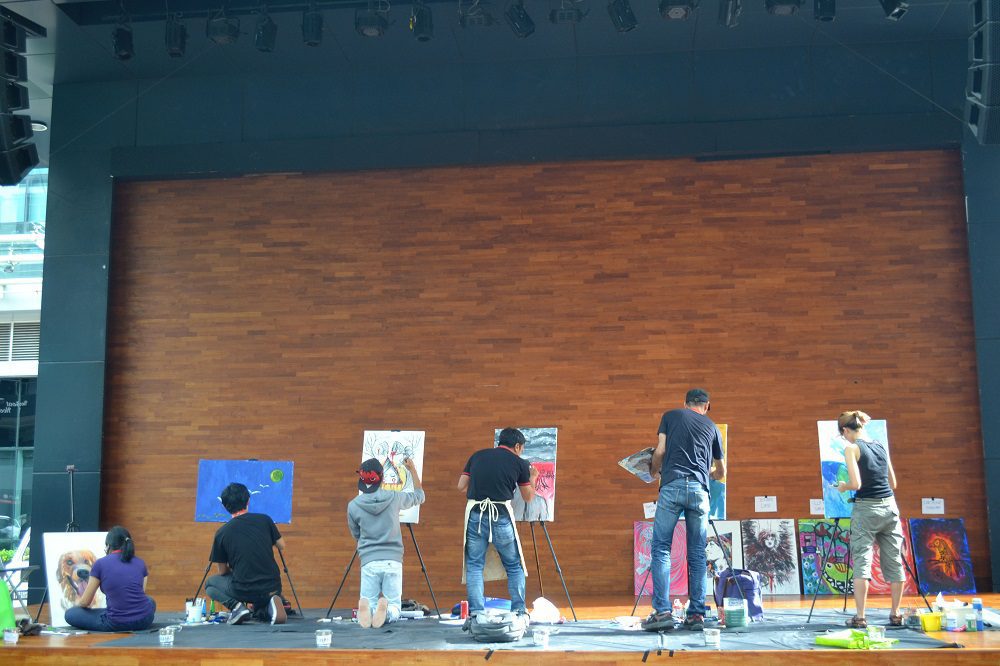 “She let the paint drip over the canvas instead of painting it, perhaps the audience was fascinated with that technique.
“But over and over again, with running Art Battle, I’m reminded just because I’m the organiser, it doesn’t mean I can predict the winner. The audience are the judges, I merely do my best to curate the show so that I can put a variety of styles on the same platform,” Ruby says. 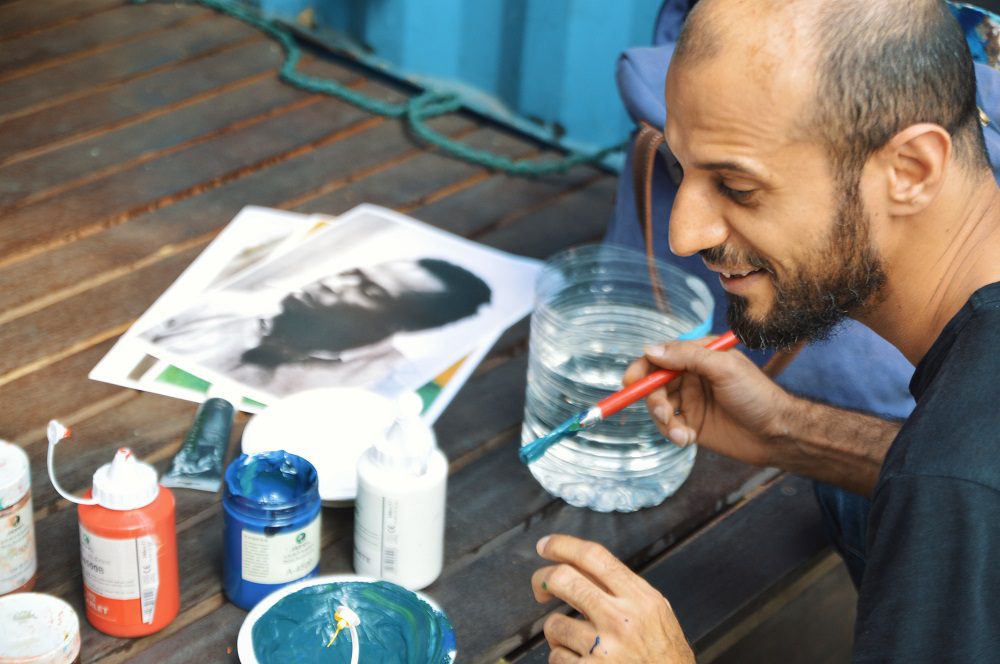 Eidlan is currently taking a break from architecture to pursue a PhD in art and urban design. He also runs an art collective platform Bee & Hive with his wife, featuring Novelty furniture, sclupture , artworks from our local selected artist and many more.

Are you amped up to try your luck in the next Art Battle Malaysia? Keep tabs on the competition on their Facebook page. If you’ve got any cool artsy events such as this that requires coverage, email us at [email protected]!
Eidlan Lakhawlez