We all know the story of Rama and Sita, the Ramayana epic that depicts how Rama goes in search of his wife who has been abducted by Rawana (or Ravana), the powerful 10-headed King of Lanka.

Rama defeats Rawana in a ferocious battle aided by an army of monkeys. Ramayana has been interpreted in myriad ways -through temple sculptures, paintings, plays, poems, dance dramas, shadow play, and more.

Now there is a fresh new interpretation by three legends in their own field who also shared tips on becoming better at wayang kulit for lovers of shadow puppetry.

Some months ago, Sabera Shaik – actor, director, producer – of Masakini Theatre Company was struck with the idea of depicting three Rawanas in a contemporized Wayang Kulit performance.

There were only two others she wanted to work with, who she knew could pull this off and create Tiga Rawana.

The Alchemy of Putri Saadong and Wayang: Mak Yong Stories

Put these three performers together and magic happens.

As it had been done before in Putri Saadong, a monodrama brilliantly portrayed through the interplay of Shaik’s monologue and the haunting orchestration of traditional musical instruments including the ancient rebab. 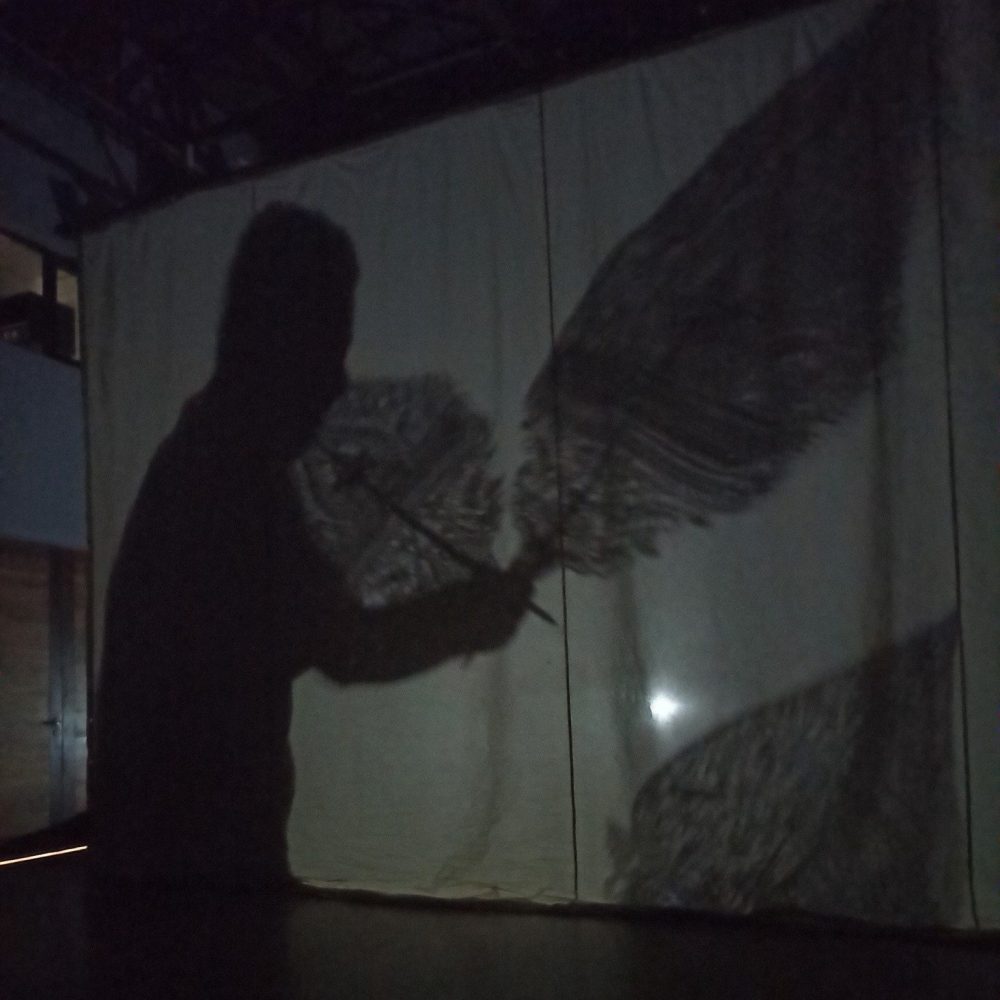 Alchemy again in 2019 with Wayang: Mak Yong Stories to acquaint the public with stories from the Mak Yong tradition. Masakini Theatre Company had adapted the format by storytelling via shadow or wayang.  It became a big hit with so much demand, that there was a need for an additional show in the one week of the performance.

With Tiga Rawana,  there were no lighting aficionadoes, no large crew of actors, dancers, narrators, musicians. Just these three, doing everything – except shooting the video.

It must have been challenging doing everything by yourselves, I asked. Putting all those different elements together – the music, the storytelling, the puppets, the dalang (puppeteer) work, the light work for the shadow play, the backdrop, the set, the screen, the balancing of the music.

The three “Rawanas” only laughed, somewhat maniacally, like how Rawana would laugh. 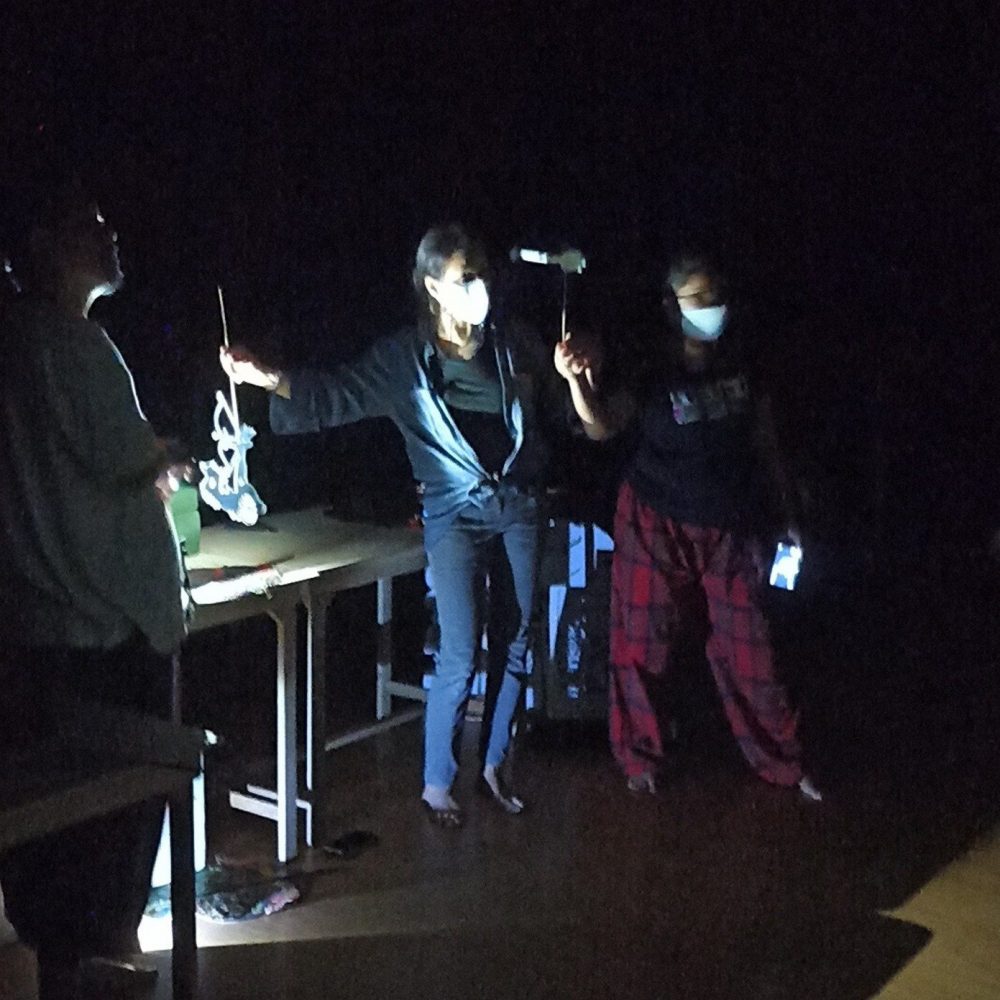 “Actually it was a lot of fun,” says Susan Sarah John.  Sabera giggles: “Yes it was really fun” and says something to Kamrul in the melodic Kelantanese dialect and they both laugh.

It was refreshing to see that there were no hierarchies in their creative process. Shadow play was of course the common vein for these three artists.

“It really is about the process, where we develop in a spirit of total collaboration and creative freedom. No labels of who’s artistic director, music director, composer, set designer, etc, no artistic ego trips,”  explains Sarah John.

“Tiga Rawana was put together as a lighthearted, tongue-in-cheek story of the Ramayana epic. Because all of us were so comfortable with our skills, creating the piece was a case of spontaneous creative combustion, with a lot of banter and fun along with the necessary hard work at rehearsals,” says Shaik.

Each practitioner become dalangs of their own Rawana puppet. The beginning of Tiga Rawana is the end of the Ramayana epic, with the battle between Rawana and Rama.

It’s a simple sequence. Rawana fights Rama, and dies. Rama goes in search of his wife in the jungle and finds her.

Tiga Rawana concludes with a delightful dance of the three Rawanas to a new “disco” composition of Hussin’s.

The music was composed by Hussin with musical ideas from Sarah John. The original music is traditional, contemporary, and Western operatic (Verdi’s Requiem), seamlessly put together in sync with the awesome shadow theatrics.

Tiga Rawana incorporates this important essence and it is a joy to see these three legends banter and ad-lib hilariously especially in a scene behind the scenes when they create their own jungle set. 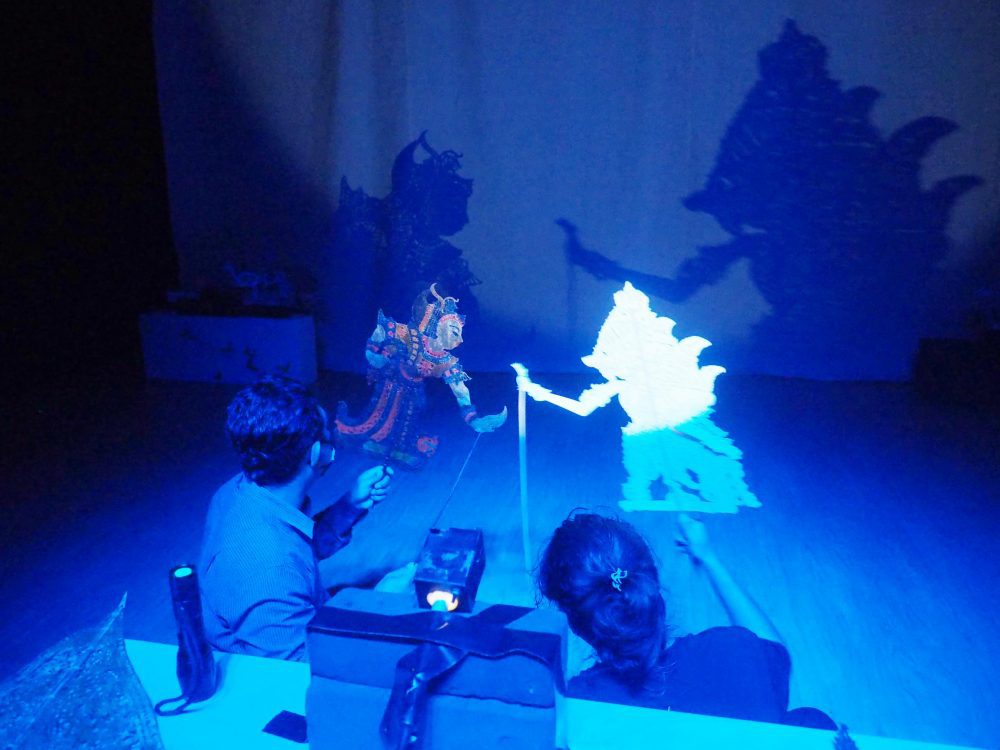 It may have been a breeze for the three luminaries but putting it on video, could it not be somewhat of a challenge?

“The only challenge initially was the lighting. We solved that with technology. We had the right cameras. On the technical side, we were also briefed in detail so we knew what was wanted. The small LED lights used by the “dalangs” do not produce much brightness so we had to enhance the lighting just a little more in order to be able to still have that shadow quality. Wayang Kulit is of course spontaneous and free and not regimented. It cannot be storyboarded. So it had to be treated like a documentary.

Arts For All Seasons (ArtsFAS); a dedicated platform showcasing Malaysia’s preserved and conserved arts, heritage, and culture provided the support for this original theatrical offering. ArtsFAS is an initiative of Yayasan Hasanah. 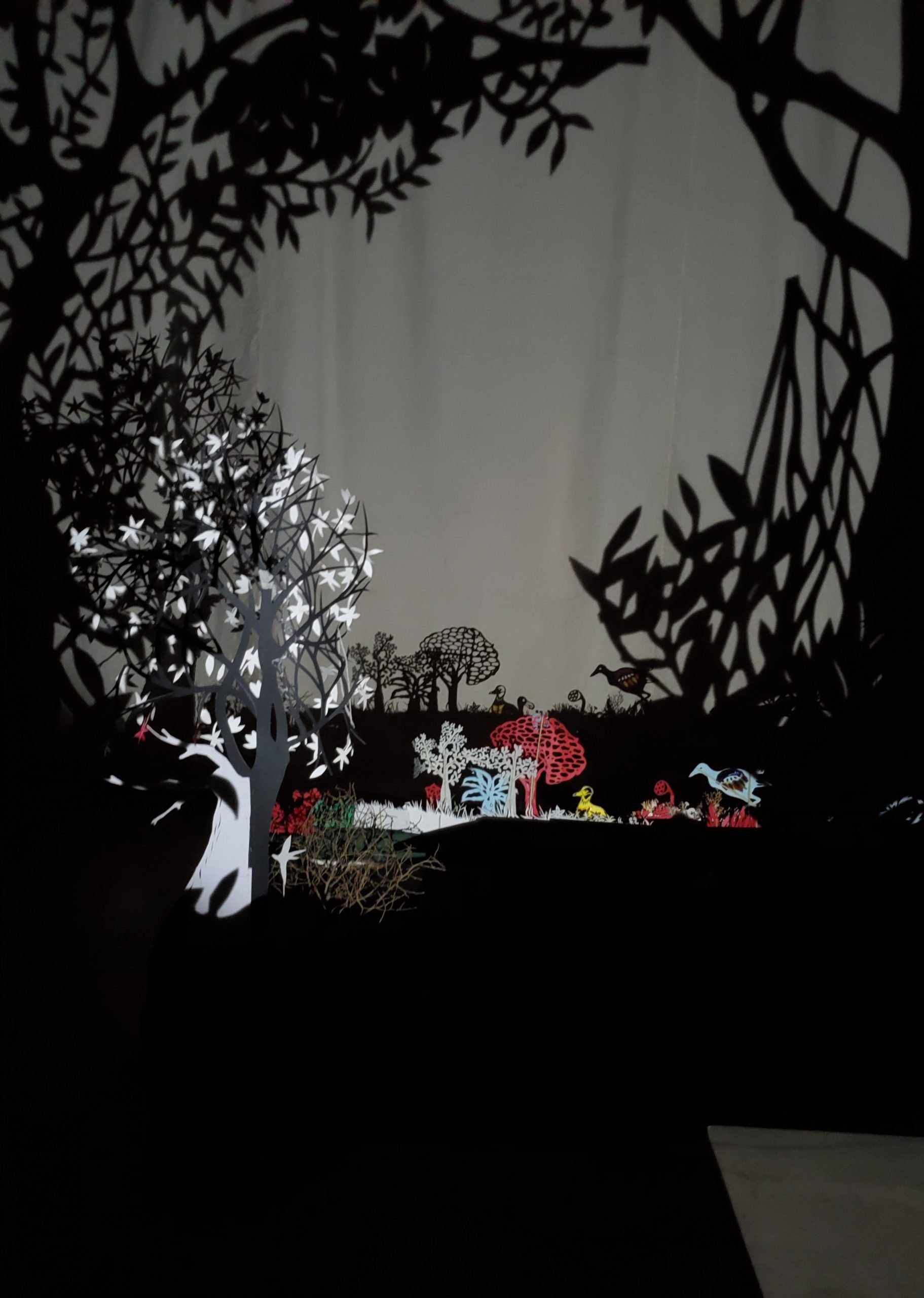 1. Start with a torchlight and a wall.

Shine the light on your hand and see how the changes occur on the wall.

When you understand the basic light shadow dynamics, you can then stop using the torch and find new ways of making shadows.

You will realise that the light bulb is important.

2. Explore the physics of shadow first.

Understand how light works as that is where the inspiration lies.

Reading is crucial, fiction or fact as is listening to all kinds of music.

You have to love it to do it and get better and better.