Shadow play, or wayang kulit, is a form of traditional theatre with a history in Southeast Asia. Carved figures of leather puppets are placed between a concentrated light source and a linen screen to project shadows used in storytelling.

The most popular style of wayang kulit in Malaysia is the Wayang Kulit Siam, traditionally performed in the north-eastern state of Peninsular Malaysia – Kelantan.

This style of wayang kulit is also renowned in the southern part of Thailand, which is why some of the shadow puppets resemble their Thai counterparts.

As we entered 2 Hang Kasturi, my friend and I were pleasantly surprised to find colourful rattan mats laid out in front of the screen where the traditional wayang kulit would take place as it made the experience more authentic and communal.

There were a handful of guests when we arrived and a few kids were already making themselves comfortable on the mats. If guests weren’t keen on removing their shoes, plastic chairs were available as well. 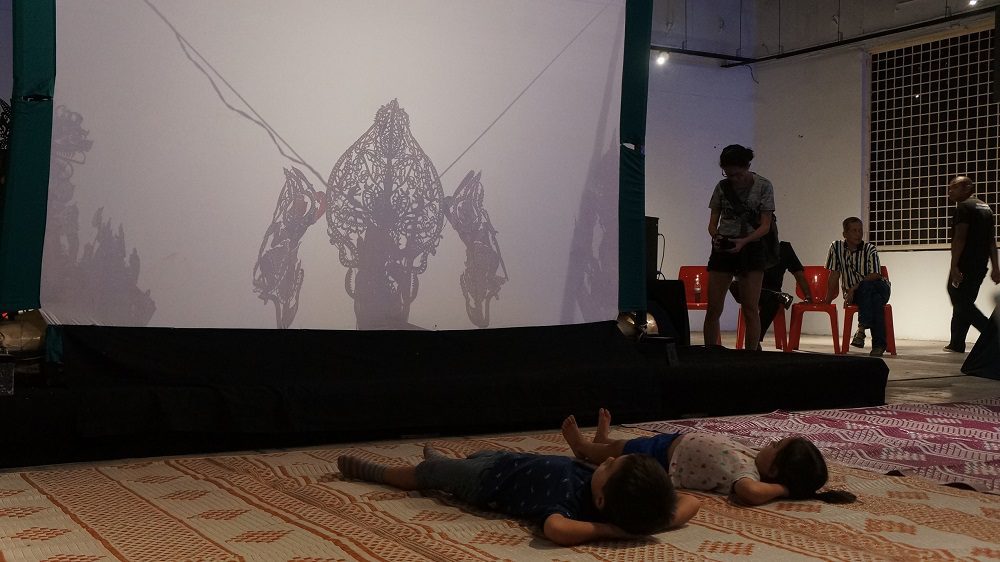 Prior to the start of the performances, both the curious souls and professional photographers were fascinated by what was behind the screen. As this was my first experience with wayang kulit, I joined the few curious souls and discovered a different whole new world…

From the front of the screen, spectators will only be able to see hints of colour painted on the shadow puppets if they were bright enough. Assuming only certain parts of the shadow puppets would be painted, I was in awe of the sight that greeted me.

The shadow puppets, be it characters or inanimate objects, were intricately carved and painted in bright and beautiful colours! 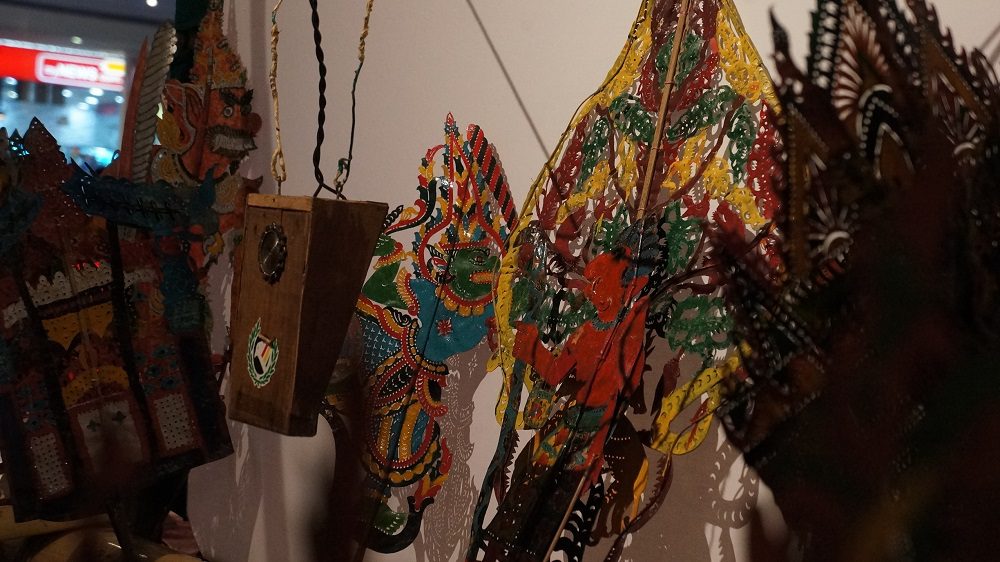 The thought had crossed my mind that it would be such a pity if spectators didn’t catch a glimpse of these gorgeous puppets but only watched their shadows. 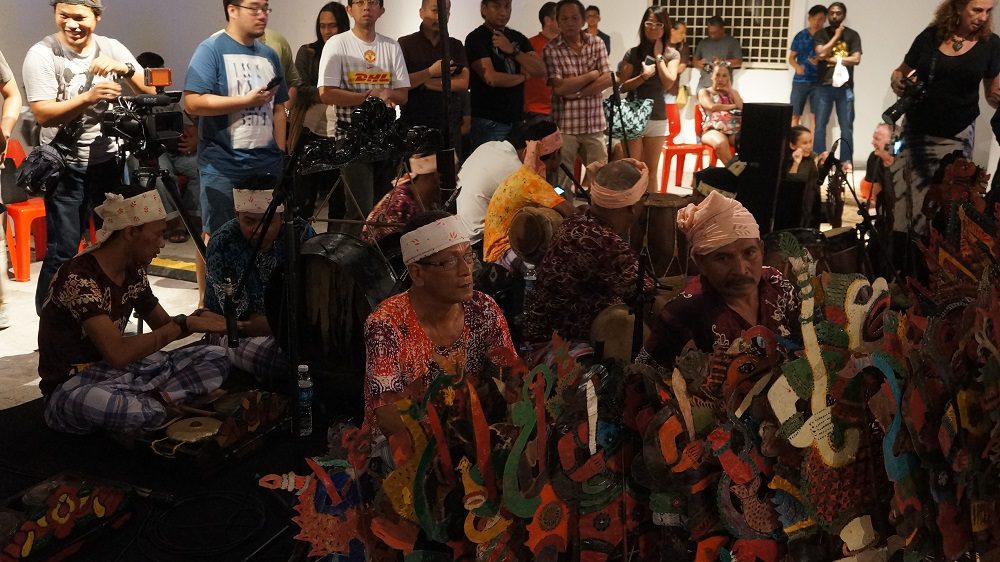 As more and more people filled the hall, the event kicked off with a few opening speeches, all of them expressing amazement and gratitude towards the crowd that gathered to enjoy Malam Wayang together (the hall was packed!).

The opening performance presented by Tree Theatre Group sent an environmental awareness message to everyone present that humans and all the creatures alike are equally important in making Earth what it is.

The much anticipated performance of the night was the tale of Kera Bali Bulu Bermas, presented by one of the most accomplished troupes in Malaysia that travelled to KL all the way from Kelantan. 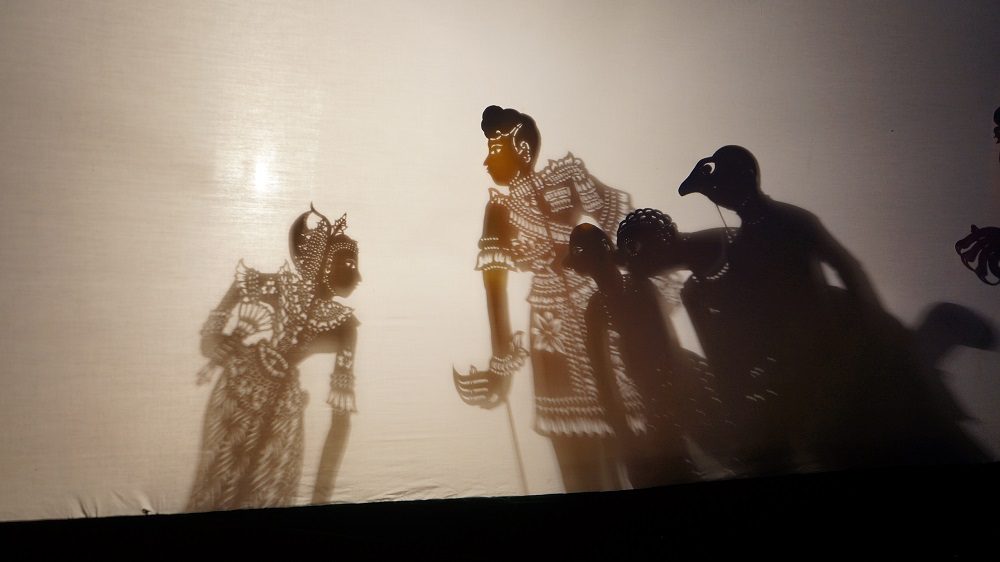 Unfortunately for me, the performance was in Kelate but I managed to understand a few of the Tok Dalang’s witty lines about how hot KL was and how one of the supporting characters had to go to the toilet for some urusan.

As the leader of the troupe, Tok Dalang Nawi entertained spectators with his ability to speak in different voices for each character (including the voice of a princess!), and his shadow play skills by creating depth through gestures as simple as placing the shadow puppets closer or further away from the screen.

Despite not being able to comprehend the story completely, the sound of music is universal and was enjoyed by tourists and spectators like me who don’t understand Kelate. 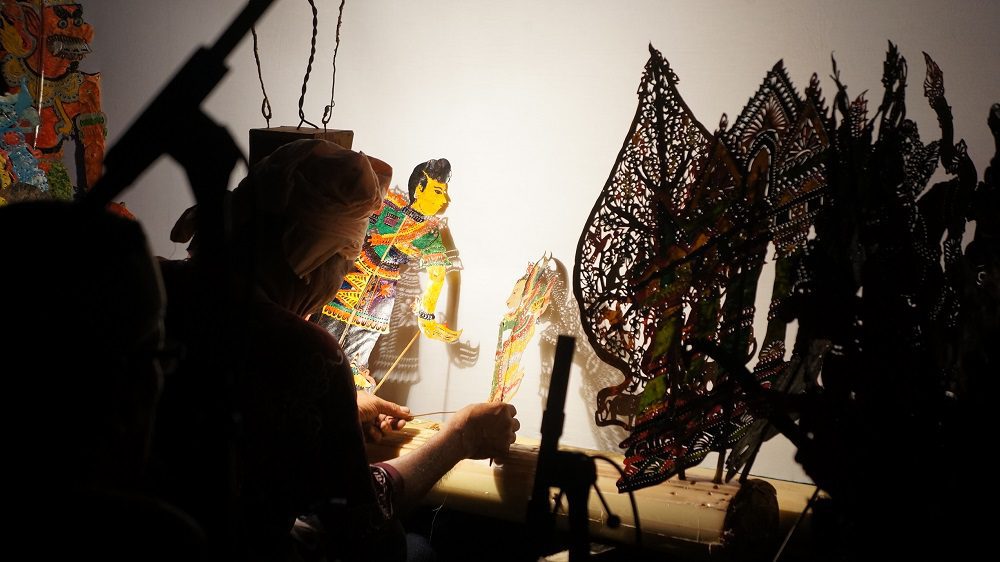 Many spectators took the opportunity to watch the show from “backstage” and observe what each troupe member does.

From the front of the screen, the graceful movements of the shadow puppets seem almost effortless.

However, behind the screen, every member is playing a part to make this whole “effortless” story come together. 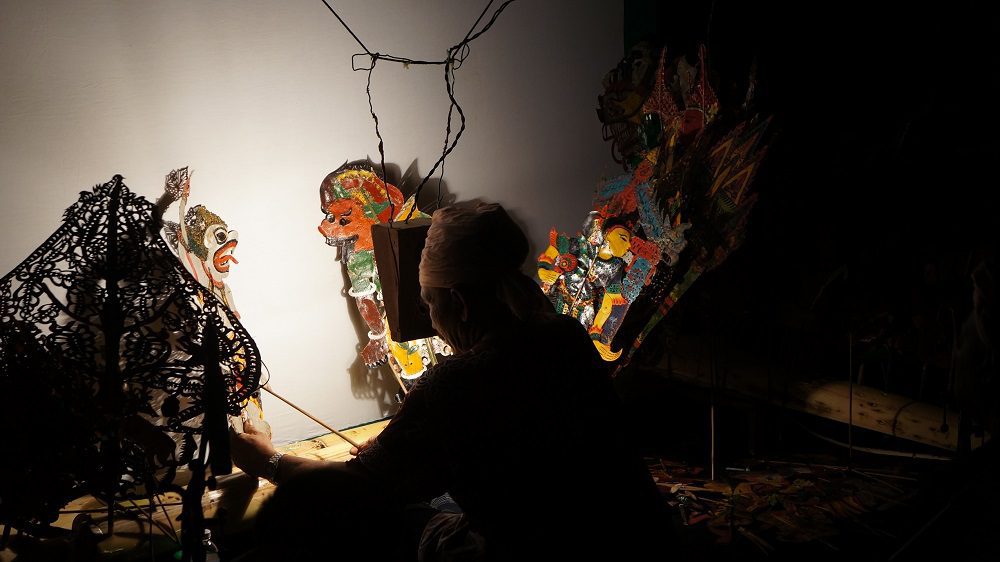 The musicians have to be alert at all times to the Tok Dalang’s signals as to when a scene is coming to an end so that they can keep spectators entertained with music and provide ample time for the Tok Dalang to select the necessary shadow puppets for the next act.

Teamwork does make the dream work!

Is there any upcoming Wayang Kulit performances? Drop us a comment or email us the info at [email protected]