Wani Ardy is winning the pandemic with community as her armour

Losing one’s sense of hearing is devastating for anyone, but even more so for a musician, whose food for soul is rhythm, music and performance.

In 2020, Wani Ardy received the unfortunate news of her diminishing sense of hearing, amidst facing the challenge of being unable to perform throughout the year due to the lockdown restrictions.

“When I received the diagnosis, I took it really hard. I holed up by myself for weeks trying to process it. I was afraid to disclose the news to my bandmates, my producer, I was afraid that they would reject me.

Yet, despite the bleakness of her personal struggle, which came at a time when the whole world is facing a daunting affliction, Wani and her bandmates literally decided that the show must go on and together released Riang, an online showcase of their music, accompanied with mime and dance performance.

The show was streamed live on Facebook, for a ticketed audience in the first week of 2021, to wide praise.

It featured new songs and some tracks from Wani’s debut album, Raskat and some never-before-staged songs.

In a personal interview with Eksentrika, Wani Ardy reveals her poetic inspirations and the crucial support system that has guided her throughout her journey as a writer, poet and musician in Malaysia. 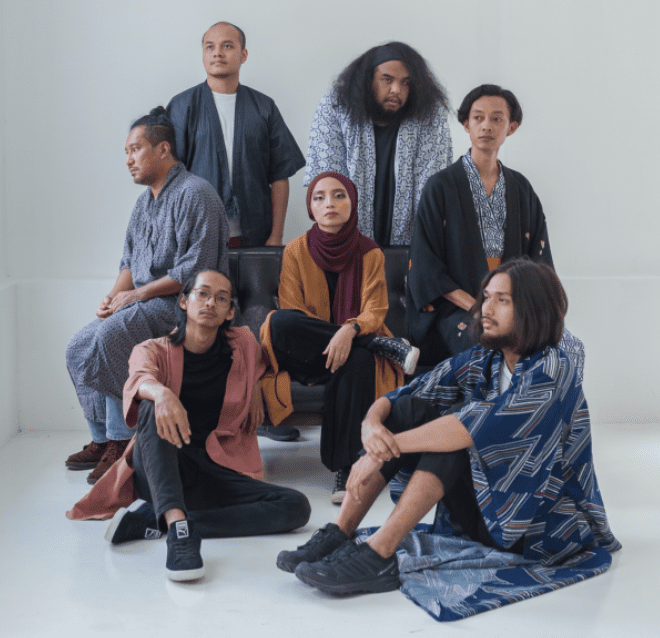 What were the influences that inspired you and band to create Raskat and Riang ?

2020 was a hard time for us as a band. We had just released our album and it was supposed to be a year of touring around Malaysia and Singapore. I was also diagnosed with my hearing loss in 2020 – which added on to why it was such a hard year. People were already talking about doing things online but I was in denial about the Covid-19 impact up until 2021, when I finally realised that this pandemic is going to stay for a while.

Riang was a fresh restart for us in the first week of a new year. We didn’t perform at all in 2020 so we wanted to start 2021 with a positive vibe – hence the name Riang.

We all know ‘riang’ as a word that means ‘joy’ and ‘happiness’ in Malay, but actually, it has a few more definitions under the dictionary; it also means senget sedikit (a little lopsided), tak betul (not right) and pening-pening (giddy).

I thought that’s really us; I was telling my band mates, we’ve been known as the band that plays depressing, dark, poetic songs. People don’t know Wani Ardy as a songwriter yang bawa lagu-lagu riang (who brings joyful songs). We wanted to do something really happy to kickstart the year. 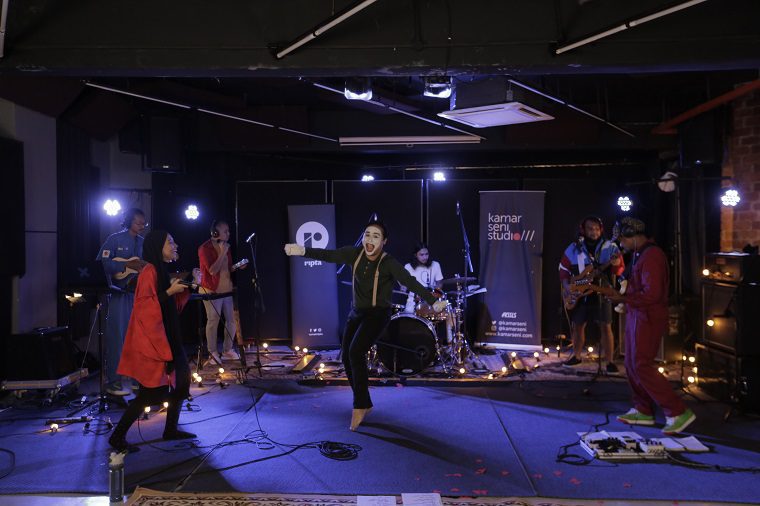 What do you hope listeners/viewers of Riang would feel/think?

I hope they felt riang – I mean they enjoyed it and feel pening-pening sikit and especially that they enjoyed the songs we had never performed before. Half of them are on the “happy” side – something I don’t usually show people. As a poet I’ve always been comfortable bringing pieces that are intense and deep, personal and intimate. My audience rarely see the riang side of me. Ironically, while doing the Riang show, I wasn’t as riang as I thought I would be because it’s was my first time doing a livestream. Usually, when I’m on stage, I feed off the energy from the crowd, that’s what I’m used to.

What type of instruments were used to create Riang – tell us more about it from inspiration to conception.

The band consists of seven people, I’m the vocalist, Acap F on base and vocals, Ayie RG on guitar, Satria Utama and Suki Pamungkas on synthesizer and keyboard, Adi Wafi on percussions, rainstick shaker and tambourine, and Afiq (ULFR) is our drummer.

For the Riang showcase, Fikri Usher played guitars as a stand in for Ayie, who was in Gopeng at the time.

The songs were written when I was in my 20s and some are from the poems in books I’ve published. The songs played on Raskat are poems from my books too. For writing poetry, inspiration is everything around me. I use all my six senses, which include my intuition. As a poet, I always remind myself to open all senses so I can absorb and observe everything around me.

Writing is how I possess things and performing is how I share it. I am very influenced by Portishead and Indonesia’s Nova Ruth of Filastine & Nova – they are very experimental. I am not experimental but I like Nova Ruth, as we share similar Javanese roots. I also like Sia.

We’re very sorry to hear about your hearing loss recently – tell us more about how you overcame this newfound challenge as a poet and musician?

It took us six years to come up with Raskat and a lot of things happened. In 2020, we were at the final stage of the whole album making process and as they say makin hujung makin susah (gets harder towards the end).

A debut album made of 10 tracks with so many people; there’s bound to be conflicts. There was a point I was arguing way too often with my sound engineer, band mates and producer because they were hearing things differently than I was. We argued a lot about it.

At some point, I wondered if there could have been something wrong with my hearing since I have MRKH syndrome, and hearing loss is one of the side effects. So, I went for a test and found that I had lost almost half of my hearing. It was a big hit for me as a performer because I depend so much  on music and performing arts; it’s basically everything that I know and what I’ve been doing for my whole life. 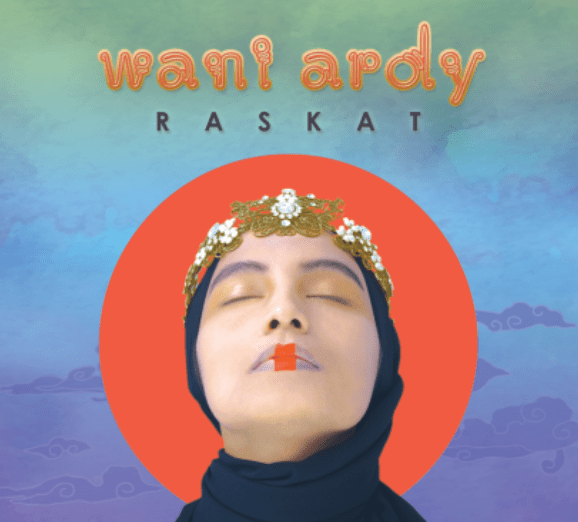 I stayed in my cave for 2 weeks to digest this, I was afraid to tell my producer about it, afraid how people would reject me. I  don’t think any producer wants an artist with hearing loss and he had invested so much in me, the band, our songs and music – I didn’t want to disappoint.

It took quite a few months before I decided to break the news but when I did,  he took it positively and asked will it get worse or can improve. I replied that I will have go for tests on a regular basis.

He told me, “if this is the only album you’ll do for your whole life-  lets do this properly.” It became a drive to continue. It made me appreciate my hearing, life, so much more.

I became so much more sensitive to sounds. I started paying attention to drops of water, my son laughing, because I was conscious that it was possible, someday,  I won’t be able to hear any of this- not even my own voice. So, I pushed my self to make the best of my time, talent and myself. 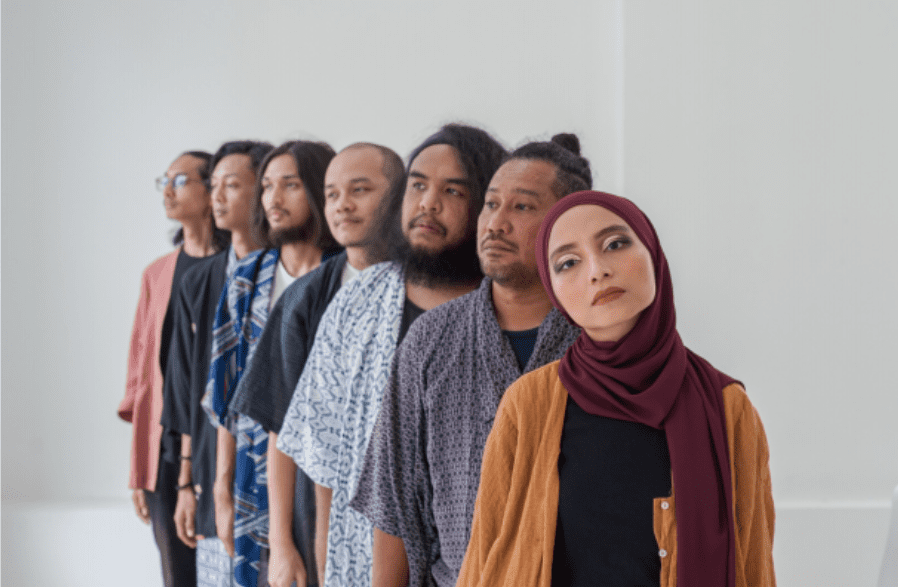 Based on your experience, what is the biggest reward in continuing to be a poet and musician in Malaysia?

The reward is, definitely,  not monetary, but there are definite rewards in the community. I am doing this because this is all I know and this is all I can do in my life. It’s not easy for a woman, especially a mom, to stay doing this for so long, even though it might look super easy.

I started doing this in 2002 – most of my female friends; artists, writers, stage actors, who began with me, have mostly moved on now or no longer as active as before. We evolve and our commitments and priorities change. I could never have stayed this long without the support of my community; my bandmates, to my producer and adik bassist, manager of the band and friends, to the book and publishing, music and performing arts scene.

We understand that none of us are rich and we are doing for passion. So whenever I have events, I’ll get my fellow art lovers to perform together. I cannot afford to pay them a lot for the show but hopefully, they love the experience. For Riang, I felt we really enjoyed it and became like a family. I have to attribute the community and friendships in the creative scene because we all know that it’s not easy and we’re very supportive of each other.

What does a day in the life of Wani Ardy the poet, musician look like?

My life is boring- midnight is my peaceful time. this is the ‘me time’ of my everyday. Honestly, I don’t make it a point to write everyday, it just happens. It feels weird if I don’t write sehari (in a day), it would feel like I tak makan (didn’t eat).

I also play guitar in my pastime.  My income comes from copywriting. – I copywrite for various brands, independent clothing labels, food brands and SMEs – so this is my income.

I’m currently working on re-editing my very first book, Langit Vanila (Vanilla Sky), which is going to be reprinted in conjunction with its 10th anniversary of publication.

I also write songs, poetry and do some editing works for Rumah Ripta and other publishing houses. As any other mom, I’m also always cooking and cikgu garang (strict teacher) homeschooling my kid.

I also provide counseling to girls with MRKH syndrome, their partners or family members, which happens almost on a daily basis now since the MRKH group I founded has now acquired almost 200 members.

What can you share about the ways in which you practice to hone and improve your craft?

I open my six senses, I like to get inspired by other forms of art, for example, I would turn to listening to music or watching a film or  documentary. My favourite is documentary, reading biographies; I’m a fan of non-fiction.

I don’t believe in writer’s block but I  believe in creative zones. There’s a time and space, tempat and masa, for this. My creative time is usually midnight. In terms of space, I write more in my living room, or bedroom – I always try to identify my creative zones and stick to them.

I believe ideas are alive; you have to tackle the idea the moment it comes to you.

For example, quickly jotting it down if I  had an interesting dream. I won’t delay because I believe that if you don’t layan (entertain), then it goes to other people. I always treat ideas as if they are alive. 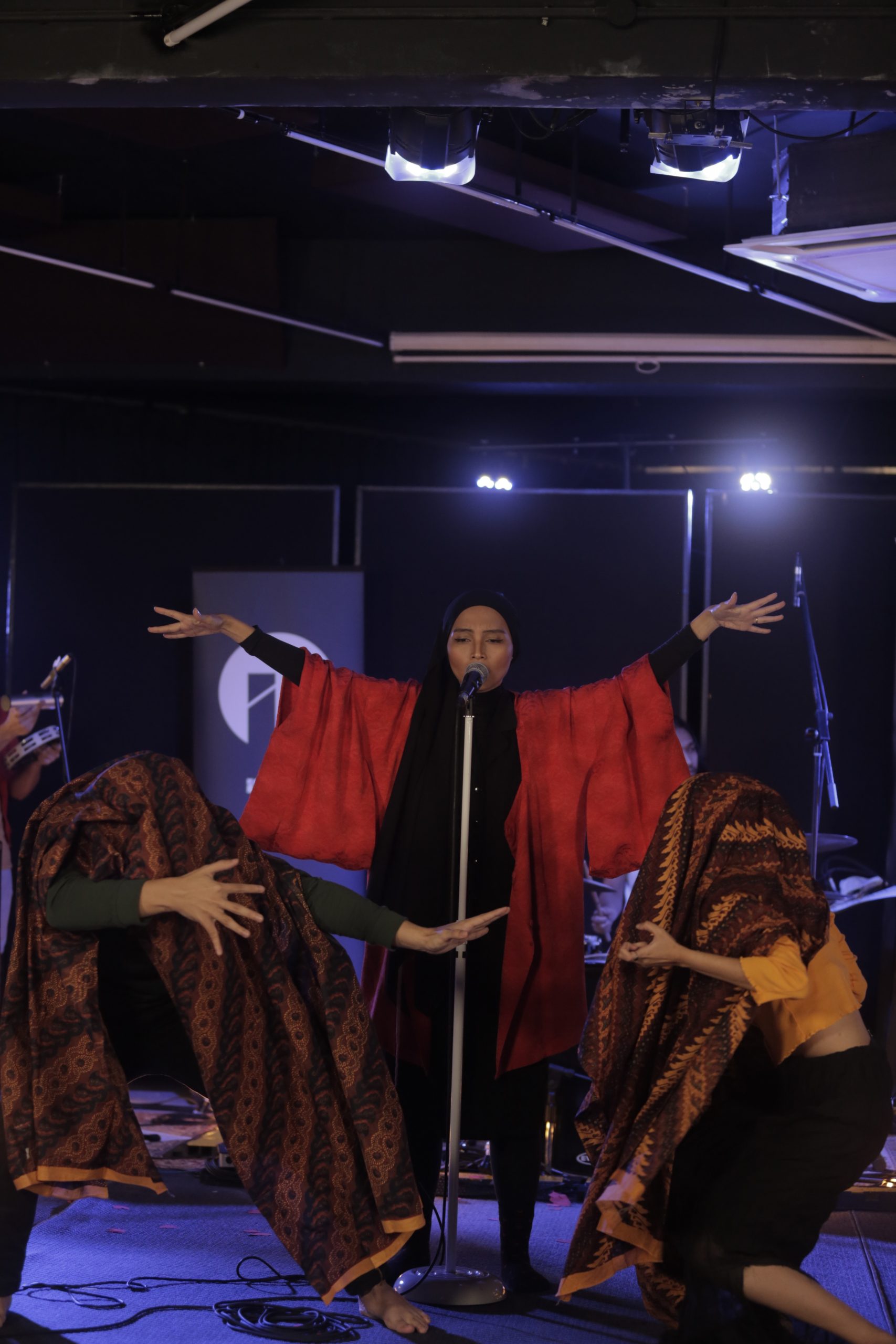 What future projects can we expect from you, Wani?

I am hoping to write more books. I try to publish a book every year but last year I didn’t get any solo books out, only an anthology, which I curated and released on women’s month last year. So for 2021, I hope I get to come up with a solo book.

In terms of music- we want to release the music video since we cannot do the tour but since its lockdown I’ll take the time to structure how the music video is going to be so we can shoot once MCO is lifted. I’m also writing a theatre piece on teenage moms and shelter homes which I hope to stage at the end of year.

I’m also thinking of reactivating my YouTube- although I’m not comfortable doing things online I think it’s eventually  something we have to do – I cannot live in my bubble and ignore it anymore so I might as well get used to it. I’m hoping to do more things online from now on.