Visually impaired pianist will leave you stunned with her musical skills!

Sometimes, to appreciate good music, they say you have to close your eyes. But might it work as well for playing music?

Seems to be the case for one pianist extraordinaire, Samantha Khoo.

She was born visually impaired but hearing her on the piano, will have you do a double take to see if it’s someone with good eyesight.

She plays solely through audio memory, no music sheets necessary. And it’s not just classical pieces, she also plays jazz!

Samantha fell in love with music when she was just a toddler. It was her mentor, Jessica Chin who discovered and nurtured her talent.

“Her parents used to drop her off at my sister’s – who babysat Samantha. Once, her mother left a toy piano for Samantha to play with and that’s how it started,” Jessica says to Eksentrika.

Ever since then, Jessica used to come home from work to spend time with Samantha, teaching the young girl to play oldies tunes. Samantha’s parents on the other hand, taught her to play along to nursery rhymes.

“I used to hold her fingers and tell her to feel the keys,” says Jessica.

Samantha, now 20, has since developed a profound philosophy; nobody should practise the piano, rather, the piano should be played.

She kicked off her set with George Benson’s This Masquerade and swiftly moved to ‘Walking By’ a jazz piece specifically for the competition that was created by renowned Malaysian jazz pianist, Tay Cher Siang. 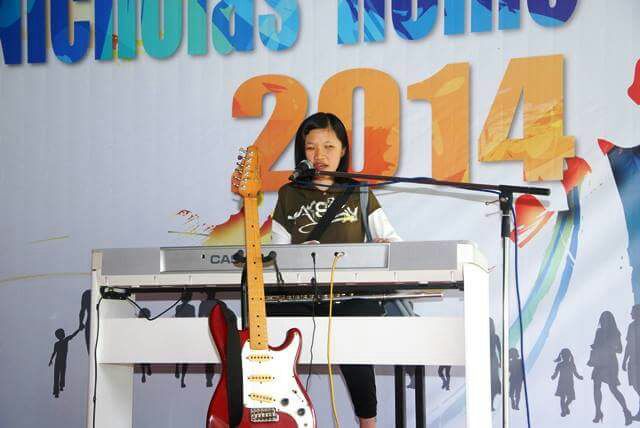 “I only had 72-hours to improvise on his piece,” Samantha says.

During the competition, most of the contestants performed with the aid of music sheets, but not Samantha.

Her ability to tackle the highly intricate jazz notes, and that too in such a short span of time, put her remarkable musicality on display and caught the attentions of at least one big name in the local jazz scene, that is, jazz pianist Cheah Wei Li.

“The thing about jazz is, unlike classical piano which has an already set piece, playing jazz on the piano relies heavily on improvisation,” Cheah tells us.

He was stunned by Samantha’s skills and regarded her as among the best contestants.

“I can tell that she is really listening and hearing the movement of the tune as it goes, something which not many of the contestants did,” Cheah said, adding that this gave Samantha an advantage.

The way she carried her music, you can feel her intentions as she played the piano. Her sensitivity allowed her to lead the band.“

Cheah says that body language and eye contact is usually crucial to play with a band. However, despite lacking sight, Samantha’s musicality allowed the accompanying musicians to read her.

“Her music is tasteful and she is selective musically.” 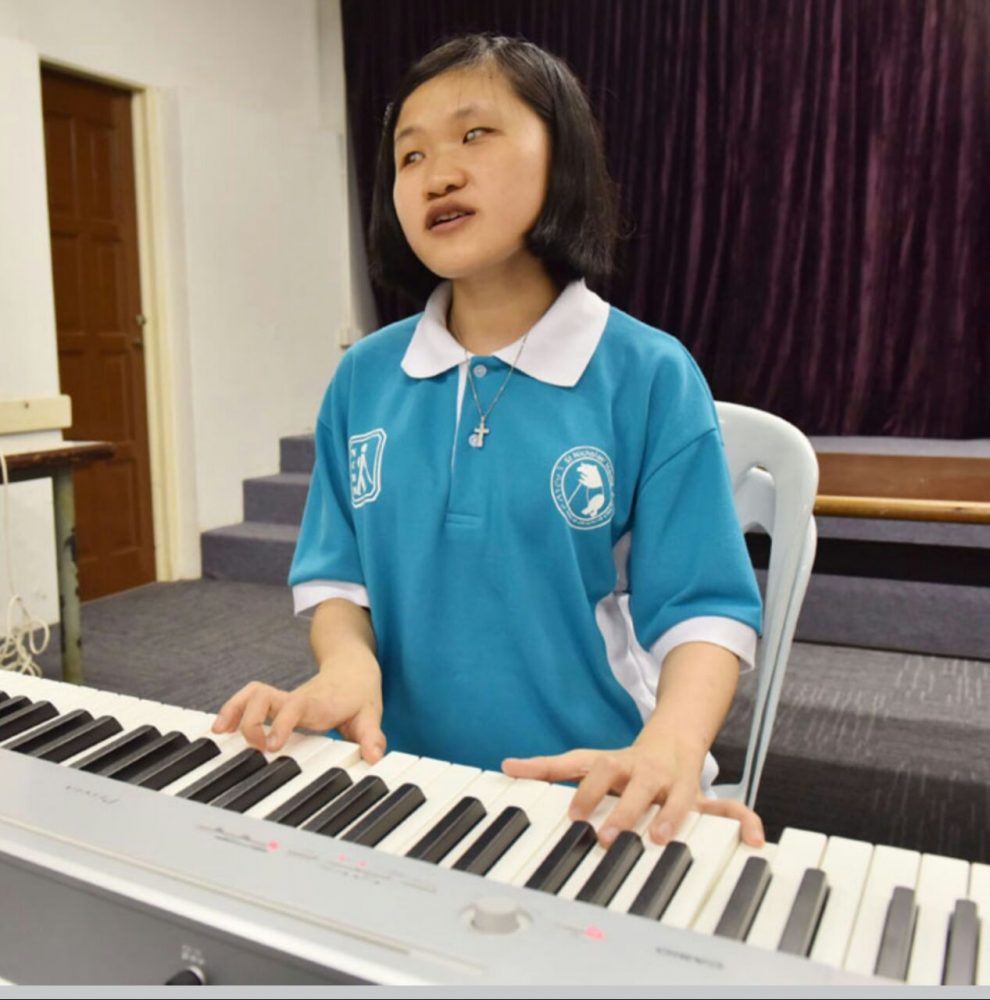 Samantha’s foray in music began in church. She learnt to play worship songs and hymns from the pastor and church pianist. Then, she started playing for church every Sunday, honing her skills at each weekly prayer session at the Anglican church in Tuaran, Sabah.

Samantha has come a long way since those days, acquiring many more mentors in Sabah and Penang.

She was part of the Penang Philharmonic Big Band for the past year and has played with the International Women’s Association (IWA) Choir Penang for the past 2 years. That’s how she was introduced to jazz music.

Yes, that’s her playing the flute too (she’s at the front in red)!

Samantha also enjoys playing pop songs and classical pieces, but jazz is closest to her heart.

“I like the challenge to be more creative and expressive through music. I find classical music challenging too but there is not much room to improvise,” Samantha says.

In the end, the talented pianist came in first runner-up in the competition. Samantha was obviously jubilant but the one beaming with pride was none other than her mom, Jessy Liew.

Jessy says she felt immensely grateful to St. Nicholas Home for giving Samantha a chance to develop her talent.

” St. Nicholas Home made all the effort by organising activities as well as sourcing out Braille music materials when Samantha was with them for the past three-years. I feel it is thanks to them Samantha has gotten this far,” she tells me.

When I reminded Jessy that it is also thanks to her for being an extremely supportive mother, Jessy only had three-words to say; “God is great.”

Have a similar inspiring story to share with us? Drop us an email to [email protected]