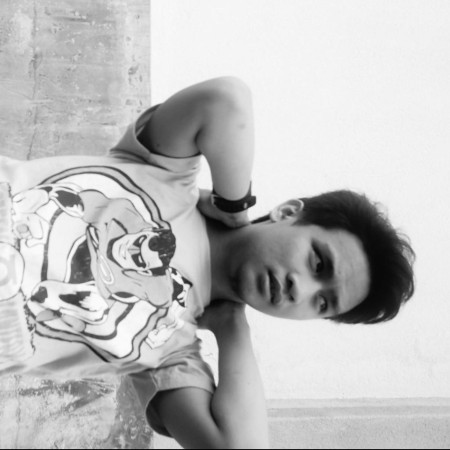 Malaysian writer Abdul Qayyum Jumadi was recently selected by Fixi Novo to experience the Ubud Writers and Readers Festival 2016 at Bali, Indonesia from October 26 to October 30, 2016. The author of Deathwritten, a short story part of Fixi’s KL Noir: Yellow shares with Eksentrika his thoughts on the Pecha Kucha presentation format.

I arrived at about 12:30am in Ngurah Rai Airport, Denpasar. Thinking that Bali would still be alive in these hours, I made the mistake of booking a night flight (This is only true in Kuta Beach, really. The rest of Bali is pretty quiet).

Going into darker, smaller roads towards Ubud I noticed that Ubud is repetition after repetition. Not that it’s a bad thing – but you do familiarise yourself with this place fairly quickly. Convenience stores, money changers, restaurants, and places to stay are staple here. The road in the central area is only a small but long stretch that’s made even smaller with all these establishments left and right.

The next day, I attended my first event of Ubud Writers and Readers Festival (UWRF) 2016. The Pecha Kucha, which is also about repetition – but not of substance. In Pecha Kucha, you repeat a mechanism, like gears in a clock to contribute to a bigger picture.

For the uninitiated, Pecha Kucha is a format of presentation that was developed to confine ideas or stories into a systematic progression of 20 slides that automatically progress after 20 seconds. The substance is free to be shaped around these limits. It’s definitely a tricky format and it’s not uncommon to see presenters go overboard or have awkward silences between pictures.

The Pecha Kucha was kicked off by Melizarani T. Selva, a personality in the Klang Valley spoken word poetry scene. She shared about the importance of letting your inner voice out and having the space to do it. It was pretty cool to see someone familiar revving up a big festival.

Some 20 slides later, Mayank Austen Soofi was up. He is a Delhi-based author who wrote Nobody Can Love You More and oh boy, you just had to be there for his slot. It was just literally 17 slides of him just geeking out about his love for a writer, Arundhati Roy, and his slides are just her pictures, newspaper clippings, and the times he had met her. The rest were of his boyfriend posing half naked with his book. Now, I’ve seen over a dozen Pecha Kucha slots live and his was by far the most theatrical one. I never knew a man could love like that.

One that really stood out for me was Agustinus Wibowo. He is a travel writer and photographer. He showed us these wonderful images he took of the places he visited and carefully funnelled his grand philosophies and worldviews into one simple message: go travel. He kicked off his slot by telling these amazing stories about how some countries are so divided by the littlest things, and we always find reasons for conflict and how we would naturally create borders, starting from our minds and it manifests into physical ones.

He showed how some countries around Afghanistan was divided by only a small river and in some places the border is just a line on the ground that sometimes go through houses. He even joked that if you were to give birth in this particular place, don’t do it in the kitchen because then the child would be a foreigner.

He asked an important question that stuck with me as well: “When China built the great wall, did the Mongols gave up invading China or did they get more enthusiastic about it?

“Only by travelling can we see that we are saddened by the same sorrows and we laugh about the same joy – we are the same,” he said as he ended his slot.

Another speaker was Yassmin Abdel-Magied who tested the audience about our internal bias that is shaped by how the world works, the order of things as they stand. She also shared about her time dealing with bias in her day job as a petrol head in a male-dominated offshore drilling company.

“I’m a brown Muslim woman, they loved (taking orders from) me,” she joked.

Other speakers include Emmanuela Shinta, an environmental activist who has done great work telling stories of people whose voices aren’t being sought after and Madelaine Dickie, the author of Troppo – a novel about cultural differences, mysticism and bridging the gap between the ideals and reality of Indonesia.

The setting was intimate and the lights were dimmed – laughter and admiration frequently filled the air and it really felt that all of us in the room connected with each other to hear these stories and ideas.

One Pecha Kucha slot is about 7 minutes long and I think what makes it special is that either one gets a basic grip of broad ideas or you get more intimate with smaller topics or stories. You really do walk away with something to take home with you. This format also puts focus on the presenter, although not directly. It challenges the creativity of the presenters and how they manage their content because they have to really pick and choose what is shown on screen.

I hope we see more of this, it really is a format suitable for our clickbait-y, fast scrolling generation. The more important stuff should be given focus. Well, at least what the presenters deem important. Kudos to UWRF for exploring this format in a festival of this scale.

Are you at the Ubud Writers and Readers Festival too? Share with us your Ubud experience by dropping us an email at [email protected]