All images by The Kuala Lumpur Performing Arts Centre

“Once upon a time there was a girl who was a coward,” singer, comedian and actor Hannan Azlan begins.

The 23-year-old is seen sweating, on the floor, her curly hair on her face as she slowly gathers herself, brushes her hair off, looks at the audience and asks, “Have you ever felt like a coward?”

Losertown is not your ordinary piece of theatre. Infact, even director Tung Jit Yang does not know what to make of it. 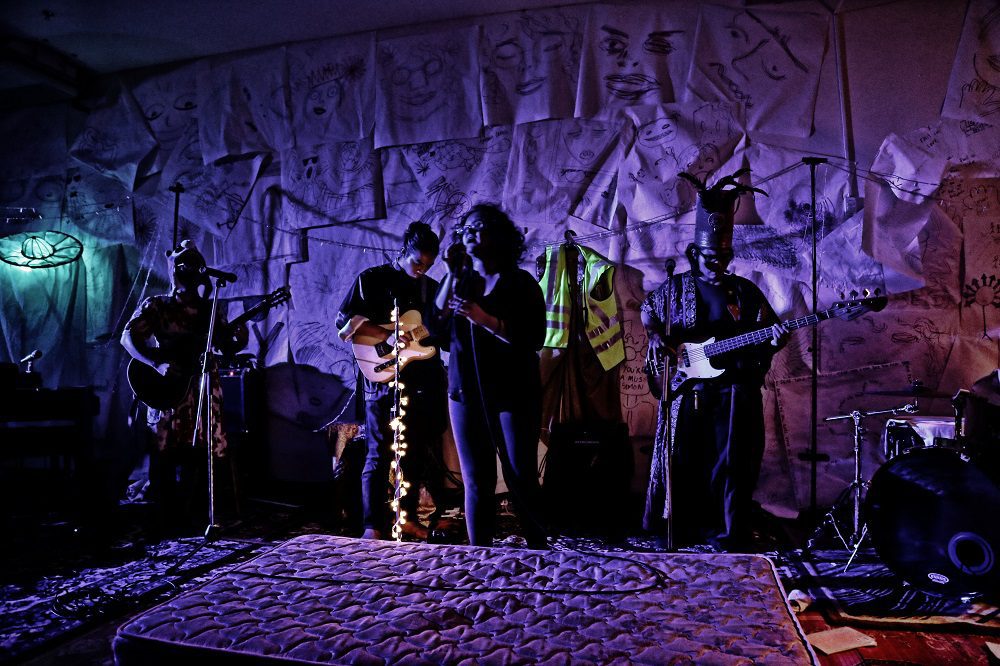 Back in late September, Jit, who is the director in resident at The Kuala Lumpur Performing Arts Centre (klpac) wanted to create something different.

“I was just sick and tired of traditional musicals. They’re so.. bleah. So, this is my attempt in providing a unique take.”

Incorporating a live band consisting of musicians Endee Ahmad, Coebar Abel, Ian Francis and Khairil Imran, Jit creates a beautiful collage of sound when he throws Hannan into the mix.

“I would say Losertown is a little bit of musical, theatre, a little bit of comedy, tragedy — I don’t know, we’re still finding out,” he said to me when rehearsals had begun.

Fast forward to show date, all the cast members including Jit – who plays an adorable mailman – are still wrapping their heads on their magnificent piece.

For a start, Losertown is being staged at Studio 9, klpac.

If you thought Indicine is the perfect space for an intimate setting, Studio 9 brings you up close and personal with Jit’s interpretation of Joseph Campbell’s Hero’s Journey.

The Hero’s Journey is more than a millennia old tried and tested formula for telling a story.

It basically is a method of story telling that has been used in the original Star Wars trilogy, in the Ramayana, in Journey to the West, in Christopher Nolan’s Batman Begins, in almost any story, film, comic you can think of.

“I am fascinated by the formula. But what crossed my mind was the fact that the focus was on the creation of a hero. A progression of an individual becoming a hero. But what about the loser? What is their journey like?” Jit wonders.

Losertown deals with people who struggle to find their inner hero, their inner warrior and in the process of discovering, they fail miserably at it.

Unlike the title of the show – which is close to an hour and fourty five minutes long – Losertown will lead you to find humour in sadness and sadness in humour.

I remember my mouth gaping open throughout the entire time. Losertown just left me speechless because I had never seen any piece of theatre of such quality. The entire show is basically a mirror propped before myself.

Speaking of quality, Studio 9 is converted into an extremely messy bedroom. Artworks of Hannan recreated by scenographer Yusman Mokhtar are plastered onto its walls. String lights are hung loosely on the music equipment.

With a bed propped up at the corner along with pieces of clothes strewn on the floor, an audience member’s first impression would be, “What the fuck happened here? Why is the set so fucking messy?” 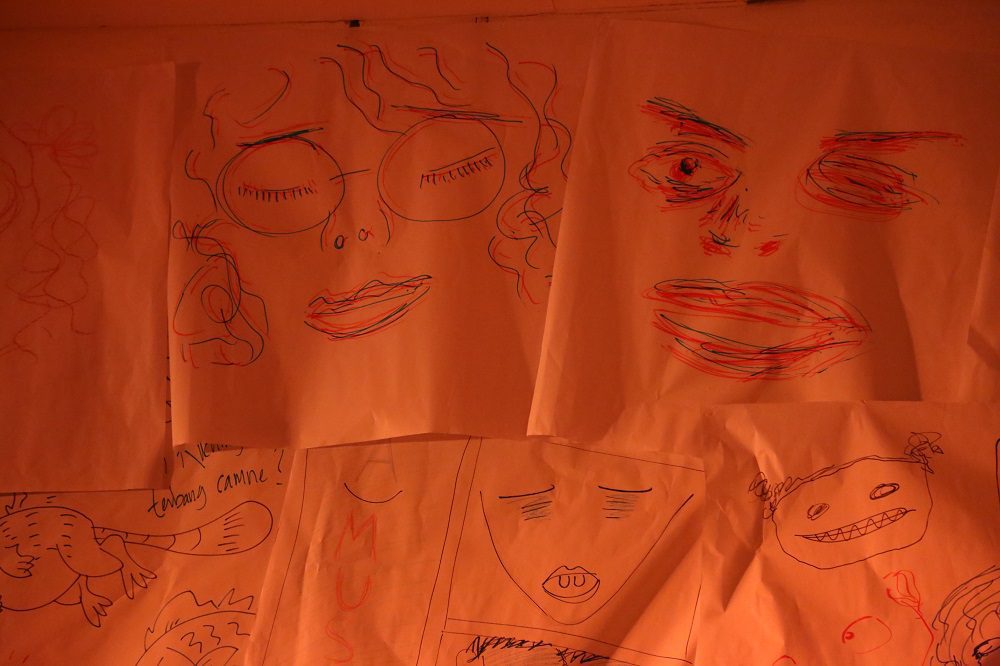 To add to the mood, there is extremely minimal usage of light except in certain scenes. Much of the entirety of the performance is done in almost bare minimum light – except during the songs.

And here is where the genius of Losertown is, in terms of scenography is concerned. When the string lights are turned on, the entire performance is a gorgeous marriage between light and dark.

I enjoyed every bit of Losertown. I’m in love with it so much. There has never been a show so honest, so raw, so uninhibited that has touched the core of my soul this deeply.

Many times, when Hannan performs, I sometimes wonder if she is really playing herself. Turns out she indeed is and after the show, I just couldn’t help but give her a hug for being courageous for baring her soul on stage so beautifully. 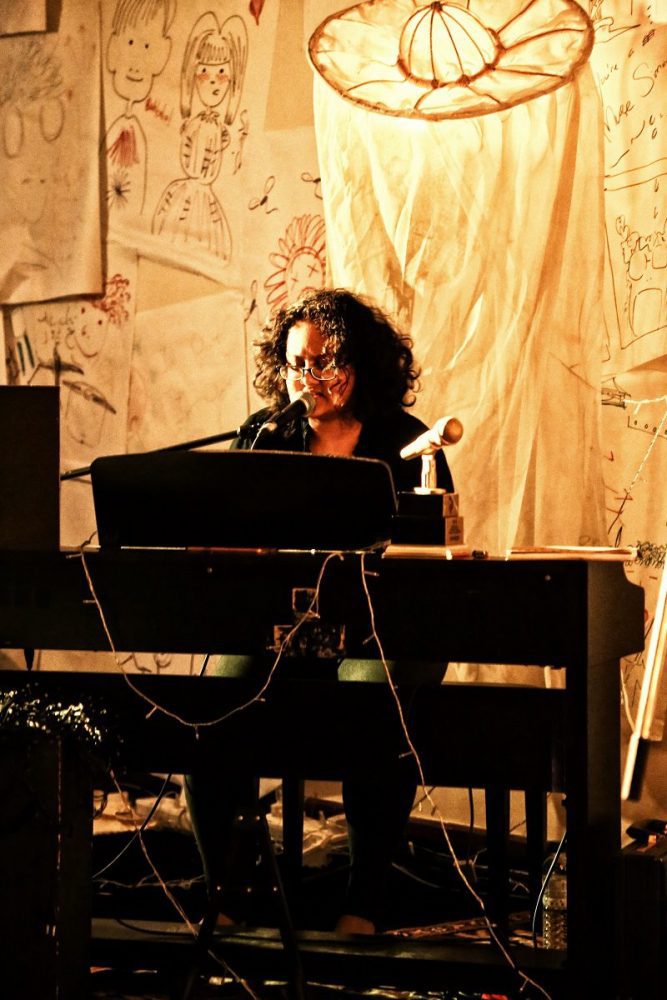 Losertown is about the journey of a young girl who has difficulties in facing change. I think it is something that we all can relate with though some might find the show absurd.

Jit’s works are known to be quite absurd. But this is his best work yet, in my opinion because it begs the question; isn’t being a mess equally beautiful as well?

Looking back, Losertown is about accepting our own dark sides. Making peace with it. Making love with it. Just accepting the fact that they’re there and that we all have our own ways of letting them go.

To end this review, I personally feel that the band should record the songs and immortalise them digitally. The sounds generated from Losertown are unlike you’ll ever hear on Malaysian soil. 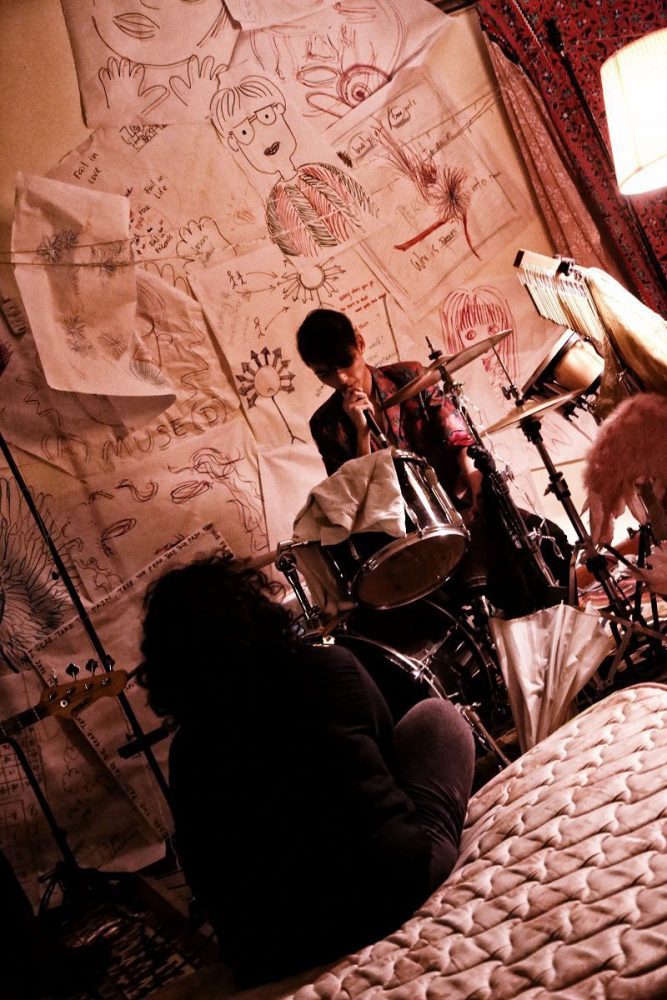 Losertown is not a musical. Not a theatre performance. Not a comedy or dramedy or tragedy.

It’s a beautiful staging of the human experience.

Losertown is currently being staged at Studio 9, The Kuala Lumpur Performing Arts Centre until December 17. Call 03 4047 9000 or go to www.ticketpro.com.my to get your tickets. Would you like to review a performance you watched recently? Drop us an email at [email protected]