Since her breakthrough into the local literary scene a mere two years ago, Tina Isaacs has chalked up seven short story titles published in her name.

Before the year is out, she will have another two short stories published, one of which is to be released this month under Fixi Novo‘s Chronicles of Kota Kinabalu.

“I’m a go getter and whenever there are calls for submissions, I always try to send in a piece. Next thing I know, I’m suddenly a published author.”

Tina’s writing journey only kickstarted after she felt disenchanted serving 12 years as a litigation lawyer.

“My job had inadvertently messed up my social life. I had turned constantly confrontational and even going to a fast food joint, I’d end up arguing about my burger.

“I realised that I had to make a change and it coincided with remembering my love for books.

“By then, I had not picked up a book in 15 years. I had stopped reading fiction because I was too tired from poring through endless research and legal documents for work.”

Having spent her early years schooling in the United Kingdom for a decade before returning to Malaysia, Tina had been exposed to the wealth of books through frequent visits to the library. In those days, she was devouring three books at a time, favouring authors such as Stephen King and Dean Koontz.

“Although I was an avid reader growing up, it never crossed my mind that I could write a book of my own. I always felt rather intimidated about my English, especially being an Asian kid abroad.

However, reading again as an adult, Tina found her proficiency had improved by leaps and bounds. She had also developed a richer perspective, could read more and faster now, partly due to a handy speed reading skill she had picked up from practising law.

“When I decided to write, everything was like it’s meant to be.

I had been intimidated by language but legal work had whipped me into being good at it.

“I realised that what I was good at, what brought me joy as a lawyer, was my ability to concisely tell the client’s story; (essentially) storytelling la jugak.

“It’s also the perfect time for me to be a writer as I’ve gained a more sophisticated perspective through my work, which had exposed me to so many different people and their stories.

On discovering her vocation at the prime age of 40, she admits being frustrated sometimes having not started earlier.

“Sometimes I geram when I see writers that take things for granted. If I could have started younger I feel I could have done so much more. 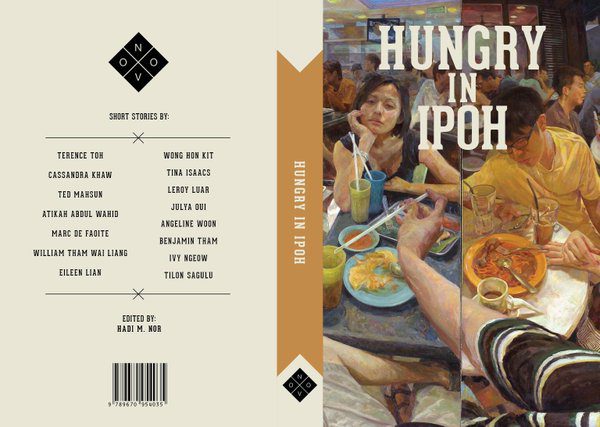 “I’m already in my 40s lah, can’t afford to wait. I want to get published as soon as possible but I’ve come to realise that it’s just a lot of keep on writing and you’ll improve every single time.

Coupled with the growth of the Malaysian Writers (MYWriters) Community Facebook group which has gained over 4,000 members now since being started by Tina in 2014, this lawyer turned writer is fast becoming known as a household name in the industry.

Tina is also the elected secretary for the soon to be legally registered MYWriters Society, and has her work cut out for her together with president Gina Yap Lai Yoong.

The society first started out as a Facebook page and rose to 4,000 over members within a span of two years.

“While working on my Masters of Fine Arts in Creative Writing, I was searching and asked around to join writer groups but was told there are none. Whatever groups there were, were segregated, imposed a list of criteria and did not represent me.

“So I started the Facebook group just to get people together to talk and discuss and it just started growing and growing on its own.

It was through MYWriters on Facebook that Tina met Gina and the duo combined their strengths to organise weekly writing get together sessions and even destination retreats.

Finally, after two years, MYWriters is in the process of becoming a legal entity, that hopes to be the voice of writers, both aspiring and established.