This teen loves My Little Pony so much that he created an orchestra!

For Kelvin Law Kai Win, music is his soul, a story drawn deep down from his heart. Inspired by his grandparents from a young age, Kelvin started learning the piano at the tender age of 8.

When he was 12, he listened to Antonín Dvořák’s New World Symphony, which influenced him to kickstart his self-learning into music composition.

The 19-year-old who counts Ludwig van Beethoven, Frédéric Chopin and Antonín Dvořák as his top favourite musicians, also taught himself the violin and flute.

Apart from being a dedicated music student, Kelvin is also a Brony – an adult fan of the show My Little Pony: Friendship is Magic (the term is a portmanteau of ‘bro’ and ‘pony’).

As happens, his love for this fantasy series has turned into a great source of inspiration for his musical pieces.

“I watched a few of the episodes out of curiosity and learnt a lot about the show’s themes and lessons on friendship. I was also attracted by the music created by its fandom, which ranged from epic orchestral, electronic dance music to jazz pieces, and many others.

I was impressed by the strong fandom and through one of my first friends made in the My Little Pony fandom, I found the courage and support to join the music side of this subculture.”

Thanks to the show, I now have friends from across all nations. We enjoy making music together, and use our music to spread friendship around the world.”

Before joining the My Little Pony fandom, Kelvin often took walks around a park to find the muse for his nature-themed music. Now, in addition to his nature strolls, Kelvin is also sparked by My Little Pony fan arts and themes from the animated series. He also finds much stimulus from the friendship between fellow fans. 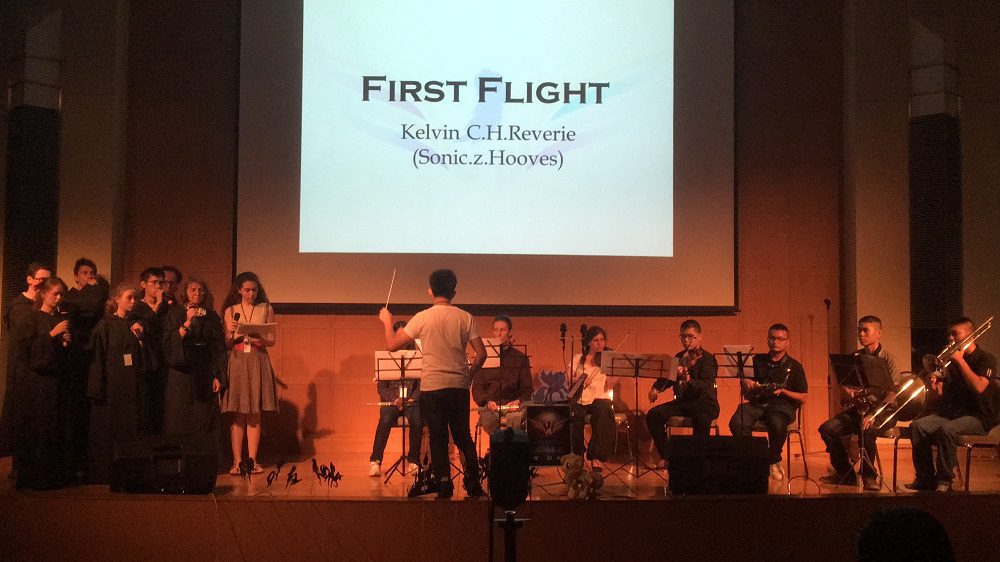 Despite the light-hearted subject of his dream, the pursuit to make it come true was not without its own challenges.

“My friends expressed doubt about it, since it would involve gathering musicians from all corners of the world.

But this is my dream, I want to do this, so I had to keep going on my own. It was a stressful time.”

Kelvin had to make six orchestral scores within a year, something he had never attempted before.

“And since all the performers come from different countries, rehearsals were difficult to plan. It was only on the day of the performance itself that I could see how well we all came together.

Fortunately, even though my friends thought I was crazy for my attempts, they were all supportive. Finally, on the day of our performance, the concert was a blast and everything ran smoothly. Although there were some minor mistakes, I’m still ecstatic. My dream of holding a concert came true! I really want to thank all my friends for supporting me. Without them, I will never have made it.”

Kelvin’s most recent performance is one that he considers most memorable; the Seapony Orchestra. It was launched at Project SEAPonyCon in August 2017.

Project SEAPonyCon is a fandom event, or convention, for fans of My Little Pony from South East Asia to meet, gather and share their passion for the show. Their expressions can be in the form of fan art, fan made memorabilia, fan discussion, fan merchandise, and of course, fan music.

“It is very meaningful to see all your friends perform orchestral pieces together, the audience being touched by the music, all your hard work is paid off at that moment. The feeling was really amazing and magical. In the future, I will continue this project, to share our friendship, and the beauty of brony orchestral music to the world.” 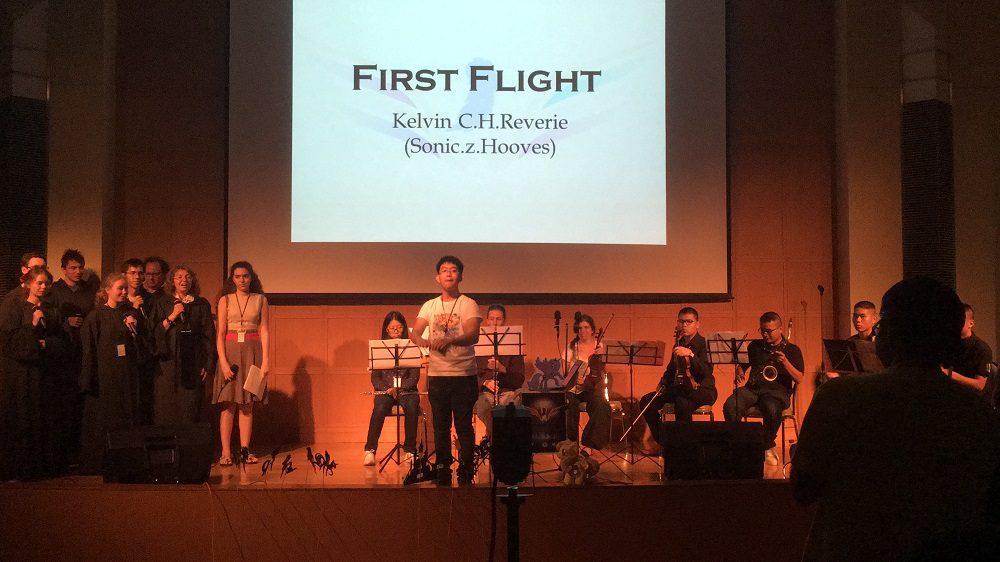 Kelvin plans to continue to work and focus on further developing the Brony Orchestra Project after obtaining his degree in music. True to the spirit of his most loved animation series, Kelvin’s dream is to create the world’s most successful orchestra, where music is the vital key that binds everyone together as one.

“Never give up your dreams. Magic will happen when you do not give up – just pursue your dreams. Always remember that your friends will be there to support you. I believe that we can build a stronger friendship through music, because friendship is magic,” he says.