Teasing Hollywood with German Expressionism, or is it Batsheba expressionism?

Is it necessary to be fluent in German, to get German Expressionist films?

Or is the “German” in the title merely an expression?

“A few people have asked me this and I feel they are simply looking too much into it, trying too hard to be politically correct.

For the uninitiated, The Cabinet of Dr. Caligari is a silent horror film now considered the archetypal work of German expressionist cinema.

Batsheba fell in love and found her niche as a filmmaker in German Expressionism in 2007, when she made a film called “Ka Si Pe Cah”, as a performing arts student in Malaysia.

Since then, she has been bewitched by the genre, and has even formed her own Los Angeles-based production house called, Somnambulist Pictures, with husband, Gustave Whinnery and another partner, Delaram Gilani, to make more of such films among others. 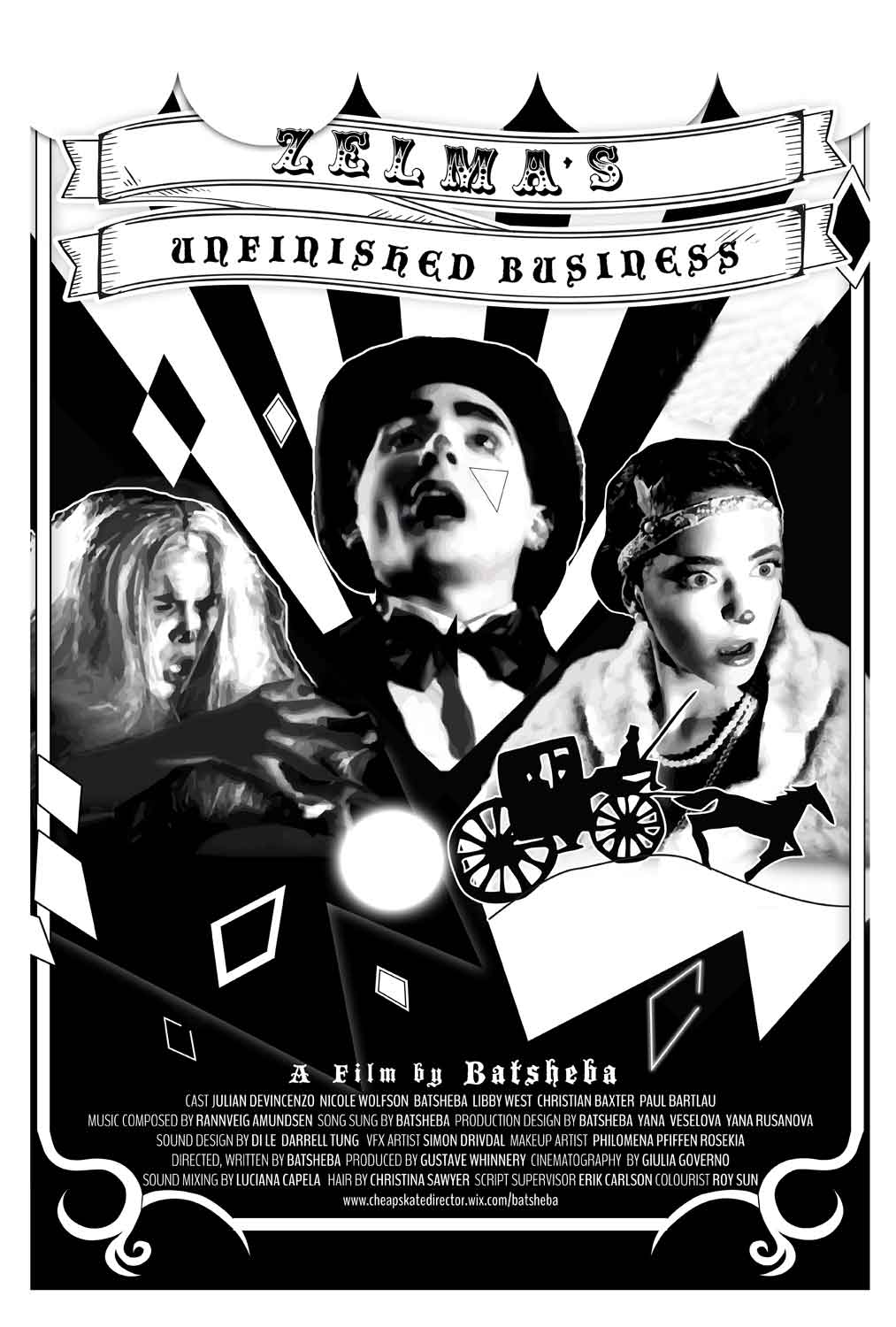 What is it about German Expressionism (G.E) that captures her heart?

Batsheba says she loves that it is both dark and light as well as melodramatic at the same time, much like how she views herself.

“I’m not necessarily a fan of black and white films but I do love silent films. Especially if the performance is very stylized. I think they are cute, funny, silly, hyperbolic – just like me.

G.E. also often deals with folklore and your worst nightmares, which is fun to do for me and it also requires me to delve into my deepest fears and…wear my heart on my sleeves.” 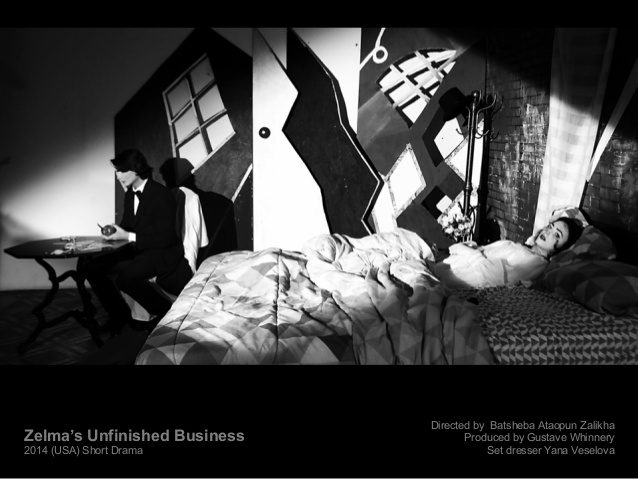 In her own films, Batsheba tries to express a kindred spirit with “weirdos out there, experiencing pain and loving people so abysmally”.

I wan’t to tell them, don’t worry about feeling like you’re the only one…that a lack of expressing or not being able to find an outlet to express your love, creativity or communication will make you wanna burst, explode or wreak havoc.

Sadness often comes from a beautiful place, starts with a beautiful intention before someone shuns it. That’s what I wanna share in my films,” she says.

Currently, she is working to produce an anthology of six stories under the umbrella of German Expressionism. She is involved in the nitty gritty of production from finalising the scripts, experimenting with sets and even artist make up.

The biggest challenge she says, is the mother of all dogs called funds.

“I’ve been working on this for a year now, but it takes time to make a film. We have been experiencing a lot of stops and starts. The writing process also has its challenges.

In her free time, Batsheba scouts for acting auditions to break into the Hollywood scene. Afterall, what’s a diva to do while studying Masters in filmmaking at the New York Film Academy branch in the city of angels, just a stone’s throw from the walk of fame?

She did start out as an actor first and as they say, once a diva, always a diva right? Not the ones we love to hate but the ones we all want to be.

Acting came first for Batsheba long before filmmaking, a passion she has relentlessly pursued since 2006, while studying performing arts in Malaysia and Australia.

You might recognise her from her role as a bloodsucking vampire in Ponti Anak Remaja, a mini series shot in Malaysia.

In L.A, she scored a part in a film called Erase Me by Lucas Paz. Banked as raw and controversial, the film is set to be released in February 2017.

Batsheba has no qualms taking on risque roles despite being Malay and a woman, choosing instead to stay true to her artistic soul and shatter glass ceilings on the way.

Among the things she has done to prepare for a role include visiting the zoo to watch live animals, to pick up on gaits and movements for her character. For her daring role as a burlesque dancer in the upcoming film, Erase Me, Batsheba and her husband, Gustave Whinnery took a trip across the border to Mexico, for the real-life experience of watching and learning how bona fide strippers ply their trade.

The bleached blonde says nothing beats preparation in acting auditions.

“Once you get your sides for the film, do as much preparation as you can. Get comfortable with the beats or the actions in between lines. Sometimes, little things like hinting a little bit of the character you’re auditioning for in the way you dress, say, wearing a skirt for a period piece, helps the director visualize that you could be right for the role.

On scoring a break in Hollywood, she says opportunities are abound, except that it comes with stiff competition.

“What makes a good actor is talent, preparation and humility. Apart from that, whenever you can, go for acting workshops, or weekly ones just to have more in your bag of tools.

“Be in the moment, be comfortable in your body, try saying the lines in many different ways, be aware of the subtext and don’t be afraid to try new things.

Batsheba is open to collaborations with Malaysian artists and welcomes generous donors interested to help realise her German Expressionist films. You can contact her on her website.

Are you an eccentric film-maker with passions we should be writing about? Tell us more at [email protected]