Glancing through the Facebook page of Theatre for Young People’s (T4YP) latest production ‘Family’ had me let out a long groan in the midst of confusion.

Here is T4YP, a theatre programme known for its tough auditions, gruelling acting classes and superb productions after a four-month course working with the best mentors in town…

Yet, there it is a picture of bubbly, happy actors on a family tree on their cast poster, with nothing new and gutsy to offer?

Unimpressed, I imagined an evening of watching a cheesy comedy show with familial drama in a multicultural Malaysian setting.

How passé. How bleh. Bosanlah!

I carried my groans to their full dress rehearsal, all the way to when they started off with an Oxford dictionary definition of ‘family’. 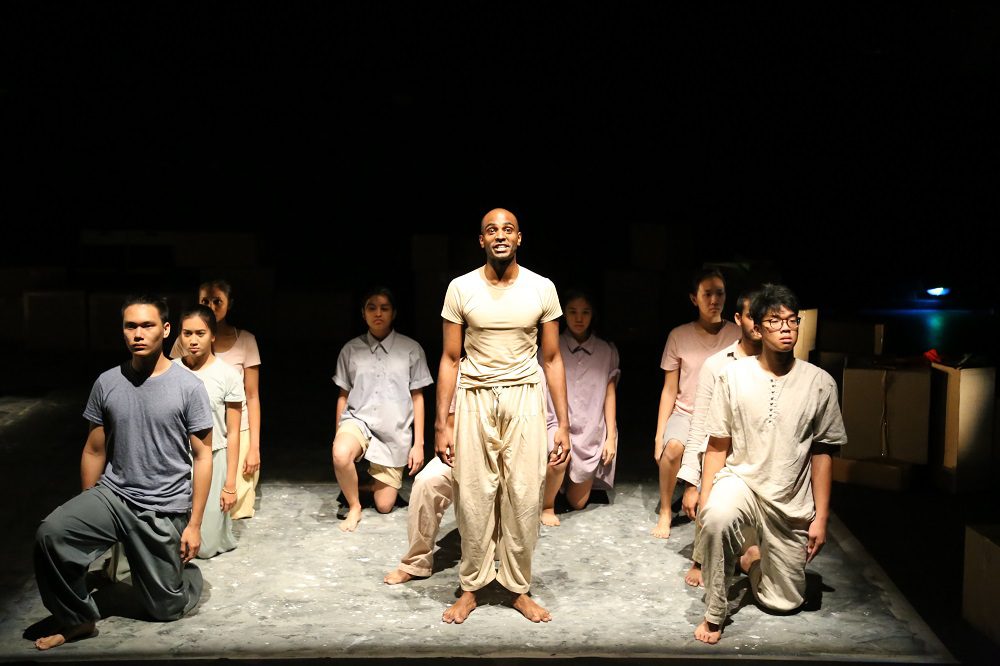 It did not take long before I realised I was in for a ride and was very, very wrong.

T4YP’s Family is, for us older viewers, a parody of the typical Malaysian families, while serving to act as an eye-opener for us who choose to remain stubborn.

The show brought up issues – funny ones, awkward ones as well as things we simply do not talk about because they are usually too brutal to acknowledge. 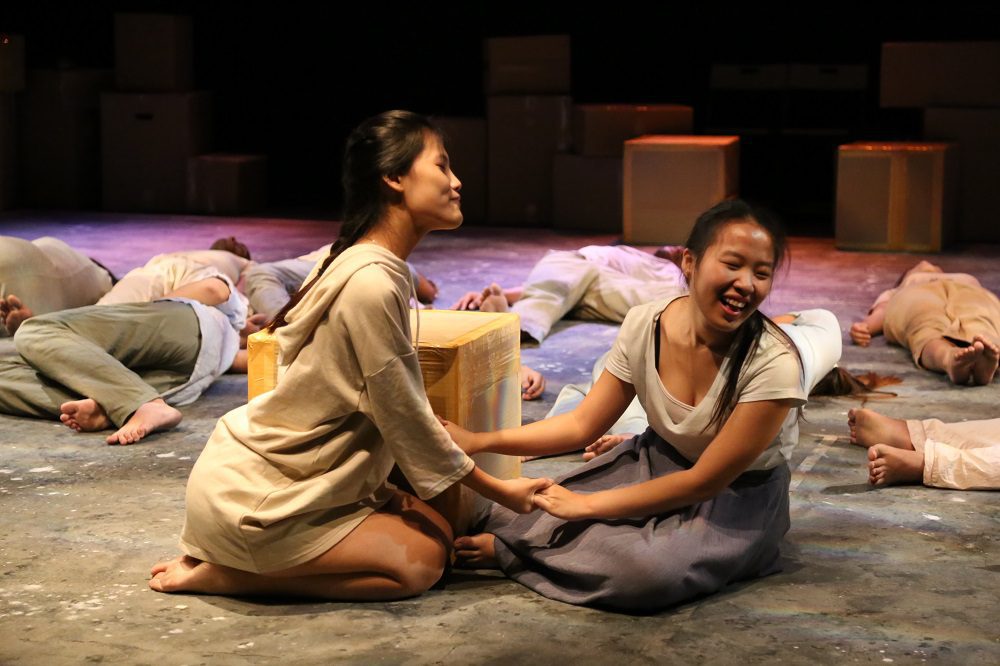 Co-directed by Mark Beau De Silva and Ho Lee Ching, the play did not paint a charade of a large happy family with some problems here and there that got resolved in the end (as I had previously assumed).

Instead, what I witnessed was a satirical, poetic and very sharp portrayal of the nature of what happens in our everyday Malaysian homes. The show turned everything upside down in an attempt to uproot topics that are hidden away in shame.

It explored other themes that equally relevant in today’s age; religious fundamentalism, parents pre-empting their children’s roles in society, feminism, mental illness and homosexuality, among other things. 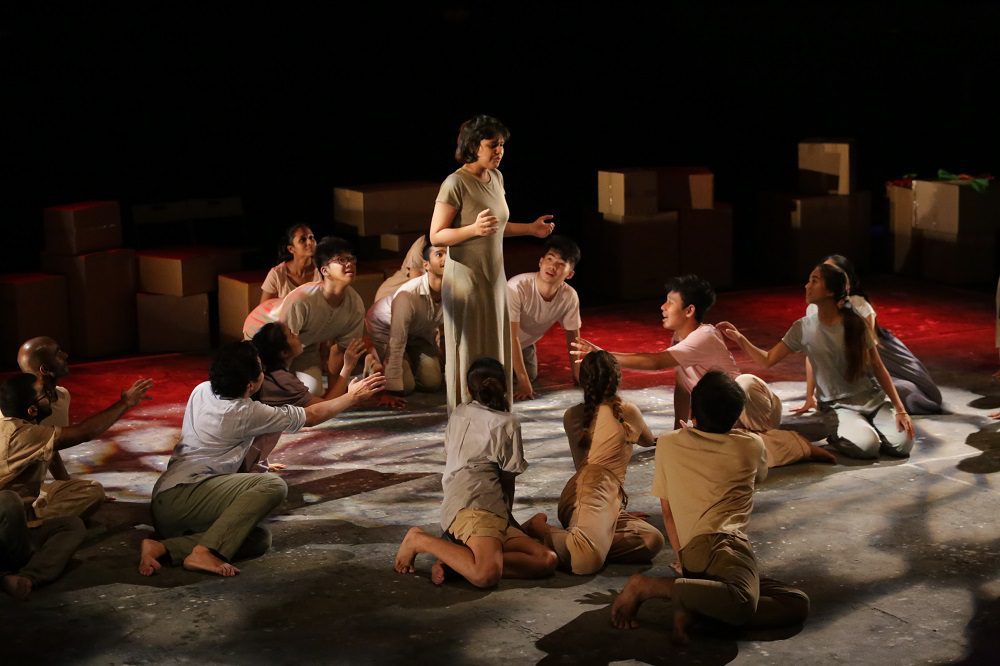 Nevertheless, all scenes adhered to the general theme of family, unpacking stories of black sheep, infidelity, crumbling marriages and even infertility. In short, T4YP – Family can be considered a spiritual successor to Mark and Lee Ching’s Still Taming.

The characters were fluid, with not a single cast-member playing the same role in the next scene as the play flurried across in a fast pace.

The lack of props and costume change enabled the show to jump through different dynamics and emotions demanded of each change of scene, effortlessly. 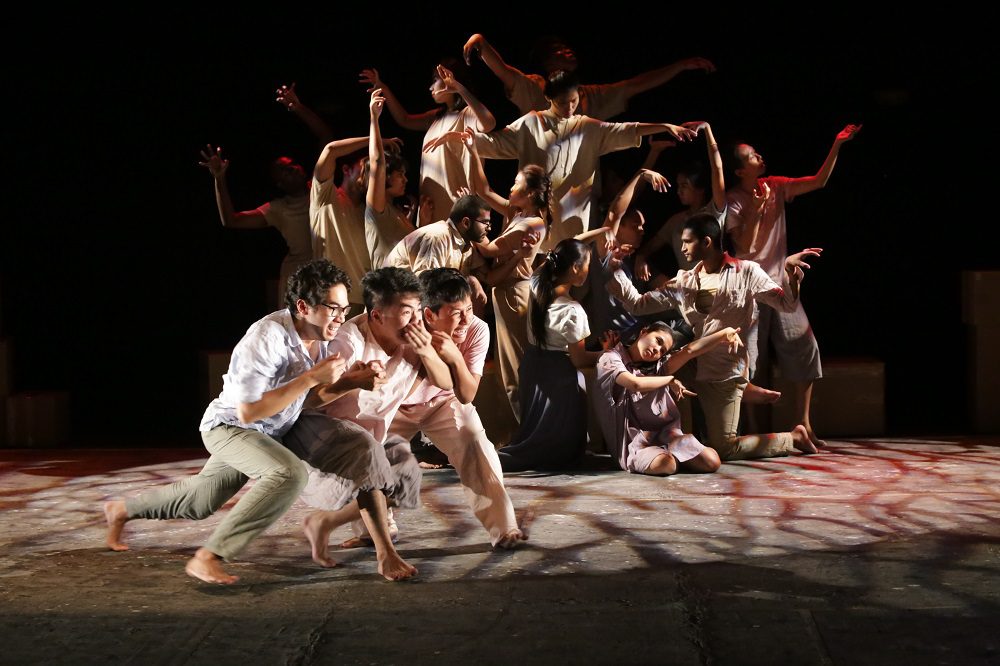 With minimal soundtrack accompanying the play, the attention was placed on the movement and voices of the medley of actors on stage.

Lee Ching, the woman responsible for several mechanics of the actors’ synchronised physical motions on stage, crafted a beautiful piece which many can relate.

Nevermind scripts, who needs scripts? Lee Ching’s artistry required no words and yet was effective in delivering the message across on a disfuntional family in a significantly moving manner. 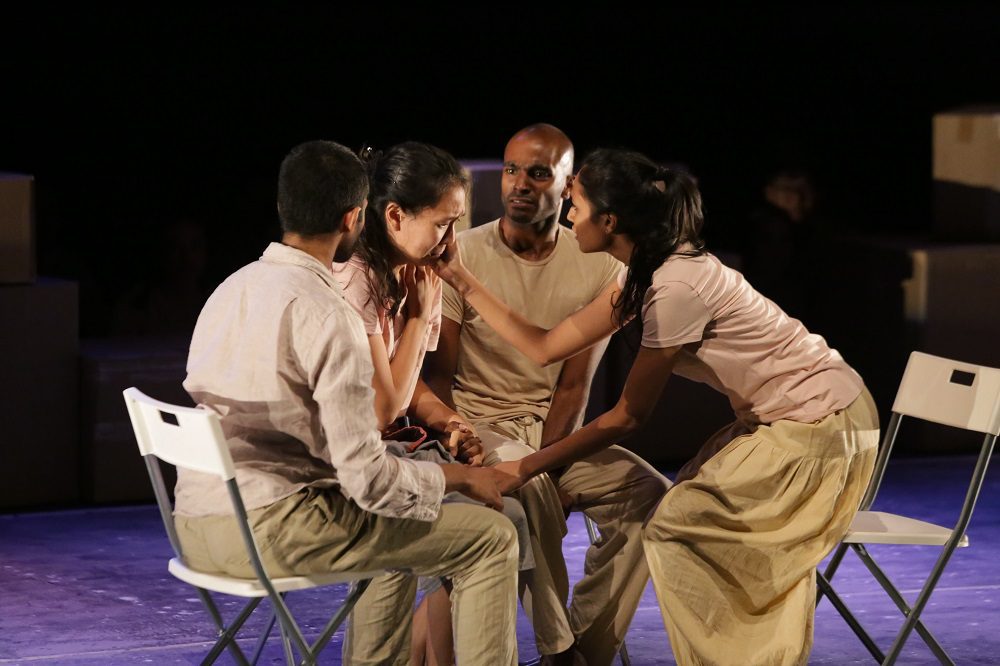 For this reason and many others, I was really captivated by the entire performance.

However, it is important to note that there is a high level of honesty that is very strong throughout the 70-minutes of the show.

No intermission to help calm the nerves either. 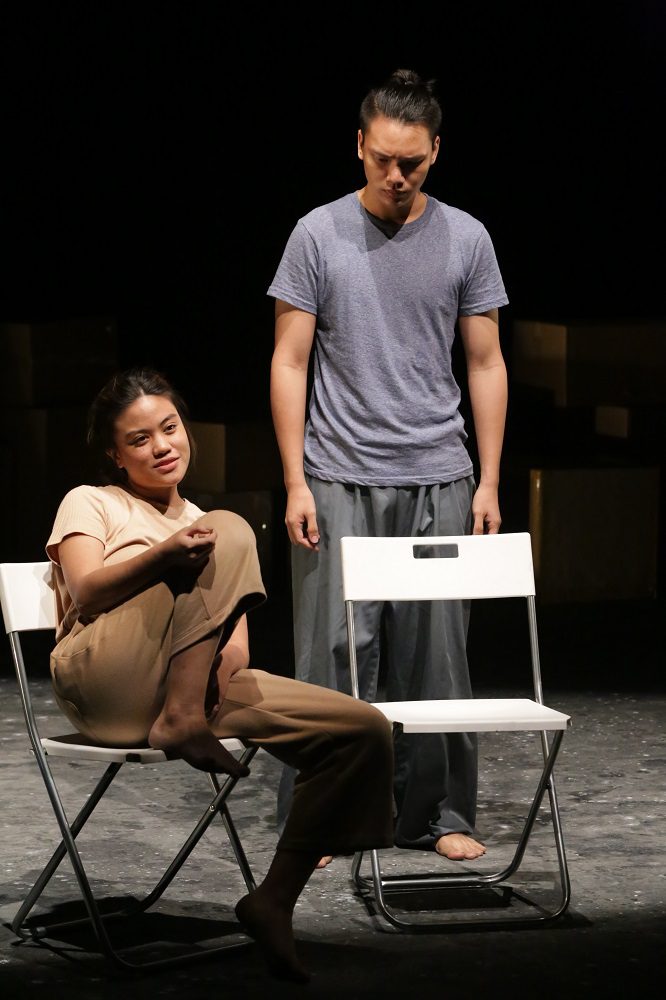 Firstly, it is very Malaysian. Do you remember Injik Injik Inai? Or the Hello Kitty nursery rhyme that makes NO sense now?

I completely forgot about them. However, T4YP – Family didn’t care about that. They constantly slapped me with old-school Malaysian nostalgia that we have all grown out of.

It makes me kind of want to grab my teenage brother by the neck and ask, “Have you played batu seremban? Because we are going to play some NOW!” 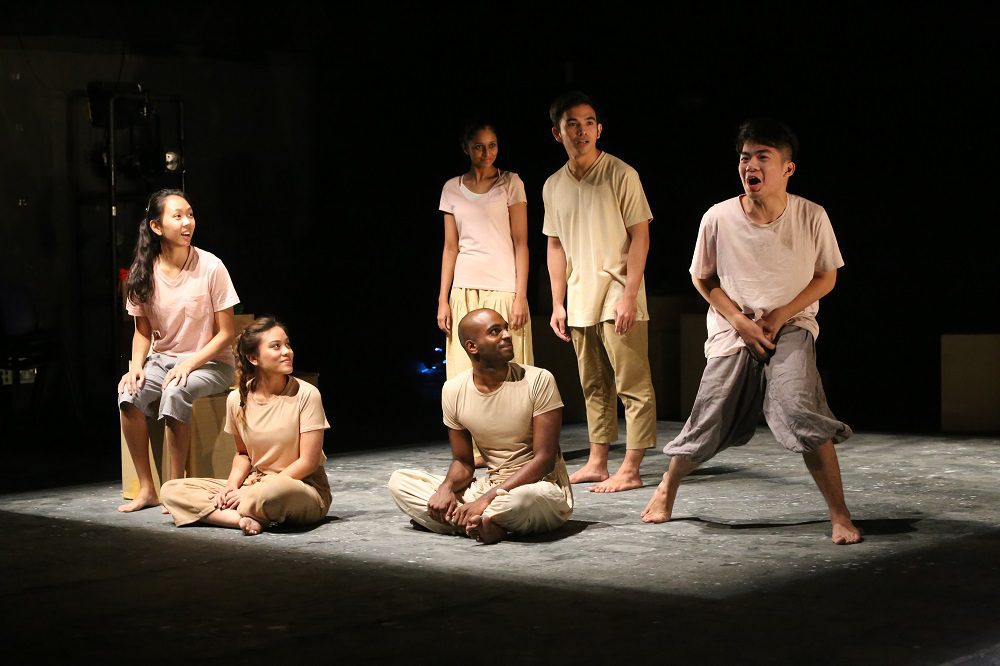 Secondly, it puts into perspective how fragile some marriages are and how many families share the same deep secrets that are casually swept under the rug when facing friends and the public.

Thirdly, it is pretty uncomfortable to sit through.

According to cast member Vithal Narula, 24, who works at a local radio station, “It can become pretty uncomfortable at times because certain scenes hit home. A lot of the scenes that we devised, most of them were true stories based on us – all 20 of us, we put stories of our families to paper and through that, they were made into proper scenes. Some of us play each other’s pieces and it’s really interesting to see how the others portray our stories.” 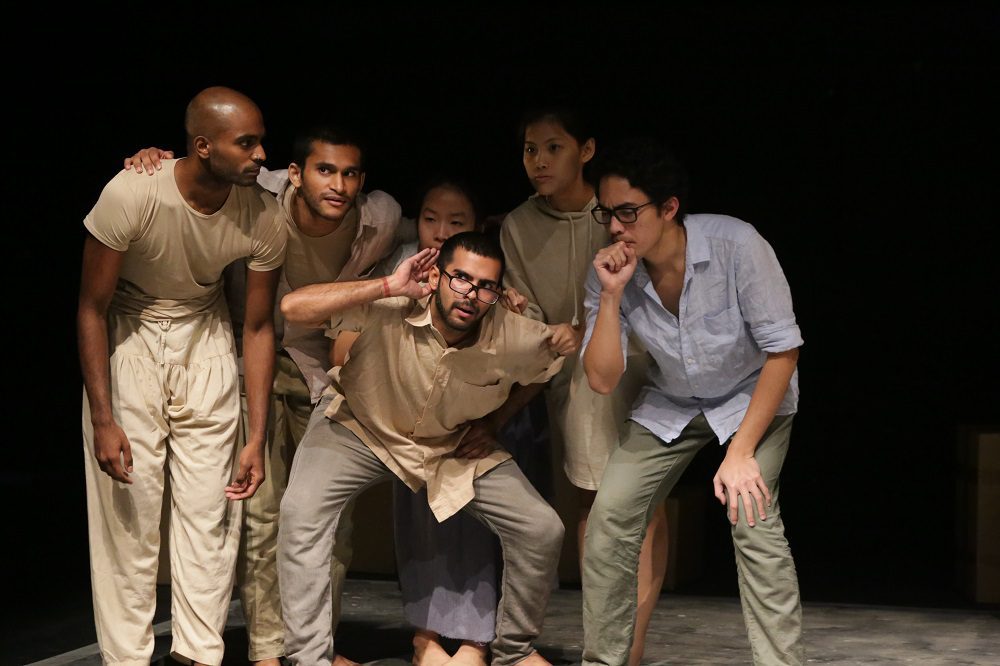 Joshua Navin, 23, who works in advertising interjected, “Mark and Lee Ching, they put this all together. They took our stories and stitched it up into this show, so that is their magic.”

In response to my earlier groans and how I was proven wrong, Joshua mentioned, “That’s exactly how some of us felt when we just came in and saw ‘Family’.”

To which Vithal explained, “We were proven wrong too. It’s a nice dynamic, what Mark and Ching expected from us and what the final product turned out to be. ‘Family’ is such a drab topic, a really generic thing to talk about, but when you break it down and think about it, we are pretty much just touching the surface of the many varying issues.” 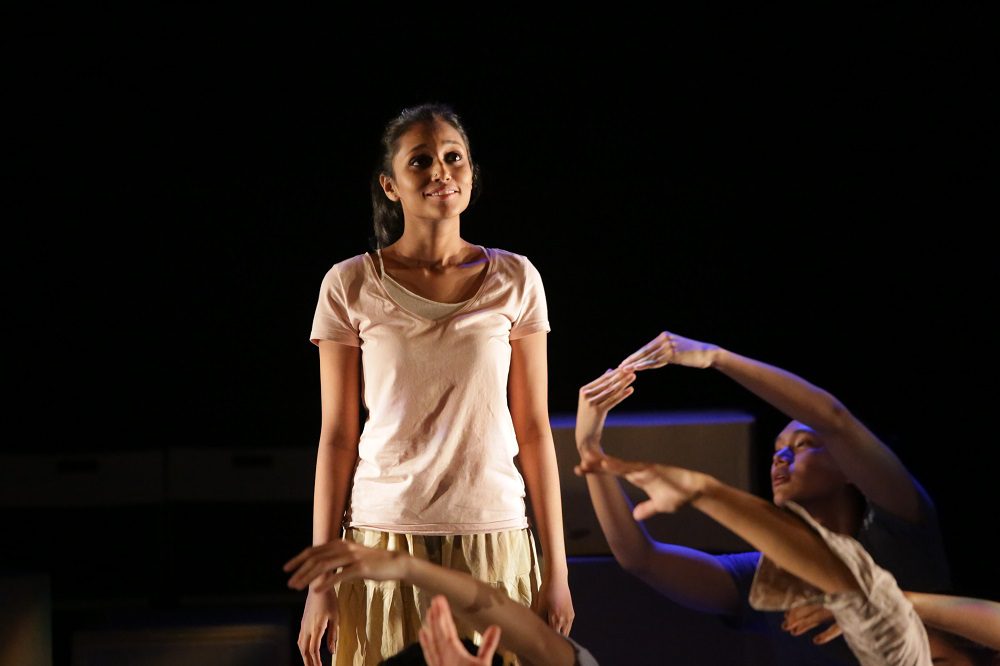 Which leads me to bring up pressing questions that I was wondering the entire time watching the show, “Are Malaysian audiences prepared to receive such stark portrayals of the common problems in our families? Are they ready for such progressive values and mature content displayed by younger people?”

I discussed this with co-director Mark who comments;

We chose to talk about these sort of things because it is relevant today. When we were devising the play, I think that is when the T. Nhaveen’s case just happened. It got us talking about how in schools bullying is mummed and hidden in many ways. Usually it goes unchecked and we started asking ourselves, the actors and the directors ‘What causes a young person to hate another person so much based on their gender or sexuality?’”

Mark goes on to say, “We knew that maybe one of the reasons are because of a lack of education from parents. A simple thing as your father saying ‘Hah, lady drivers are so terrible’ or ‘Look at that sissy boy’… all these small things will be etched in your head. In our cast, there are also some gay individuals, so we felt that these were the stories of what they went through themselves and we wanted to talk about it. When we were devising the play, these issues really touched us and the whole nation, so we felt that the arts could provide some reflection and perhaps the parents can go back and think about the things they have said.” 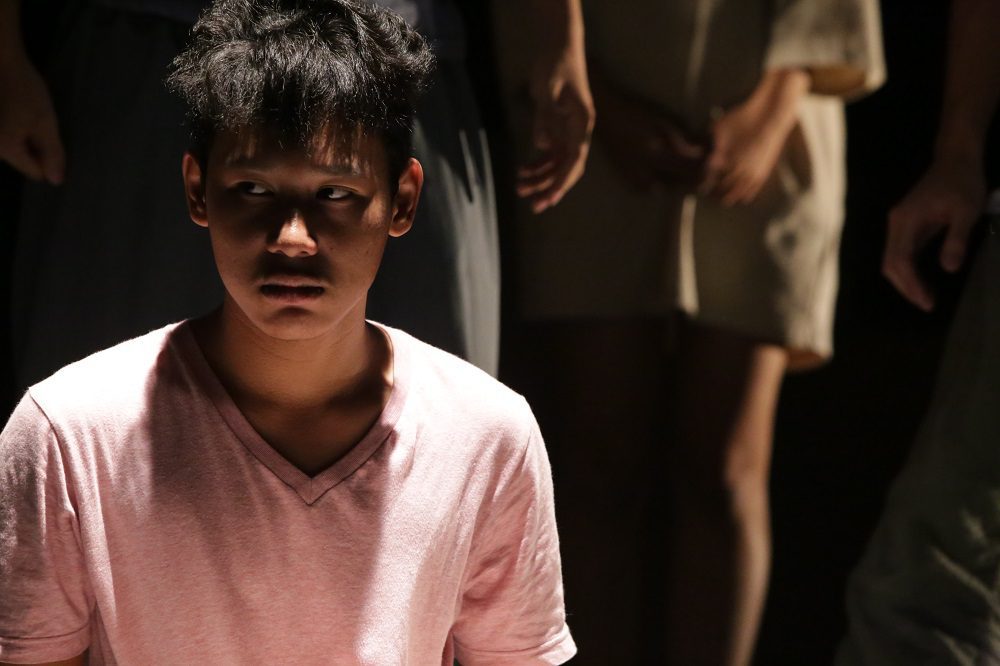 My review in short: They could have done without the Oxford dictionary definition at the beginning. Additionally, the publishing and marketing team could have done more to help theatre-goers understand that this show is more than what it seems. But that said, it’s best not to judge a book by its cover (or in my case, the poster).

This was a great show! To anyone who would enjoy putting their stubborn, traditional parents on the spot or want to reflect on their own marriages or families, go watch this show WITH them as it would put things into perspective. 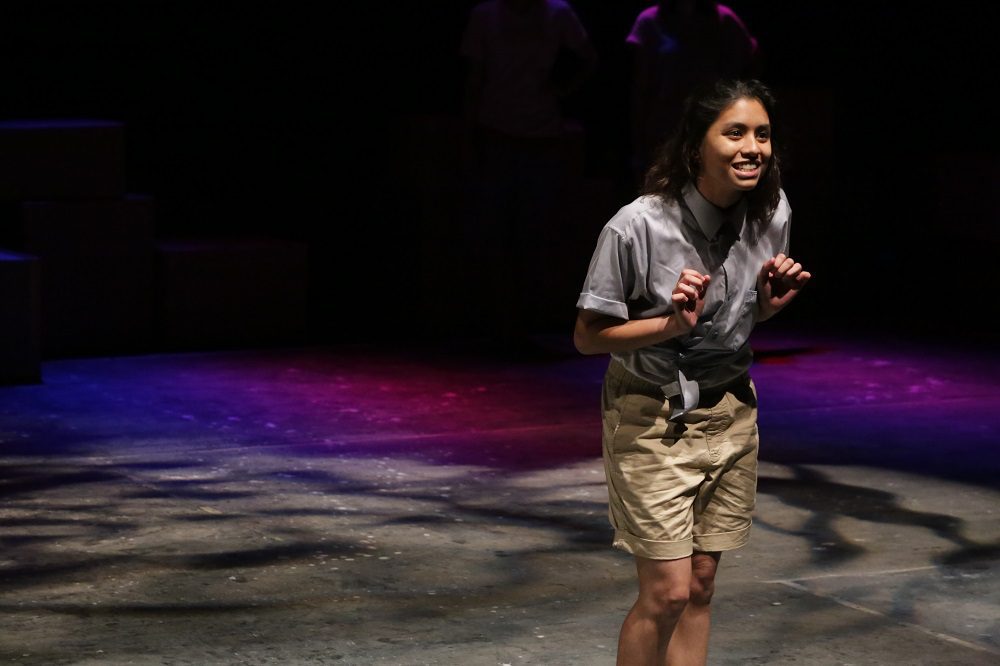 Do you agree with this review? Drop us a comment below or send us your opinion to [email protected]