Is Sarawak’s Steff Fleur Starting Over With Her Debut Single?

Sarawak born and bred Steff Fleur recently released her debut single To Wherever I Wanted.

But what caught my attention, apart from the disco vibe of her track, is the fact that the Kuching born has been in the local music scene for close to a decade.

A quick Google search yielded several original compositions of Steff’s on YouTube. So why is she dubbing her latest single a debut? Turns out, there’s a valid reason.

Here’s an interview I did with Steff who very patiently explained the motive behind her unorthodox decision. 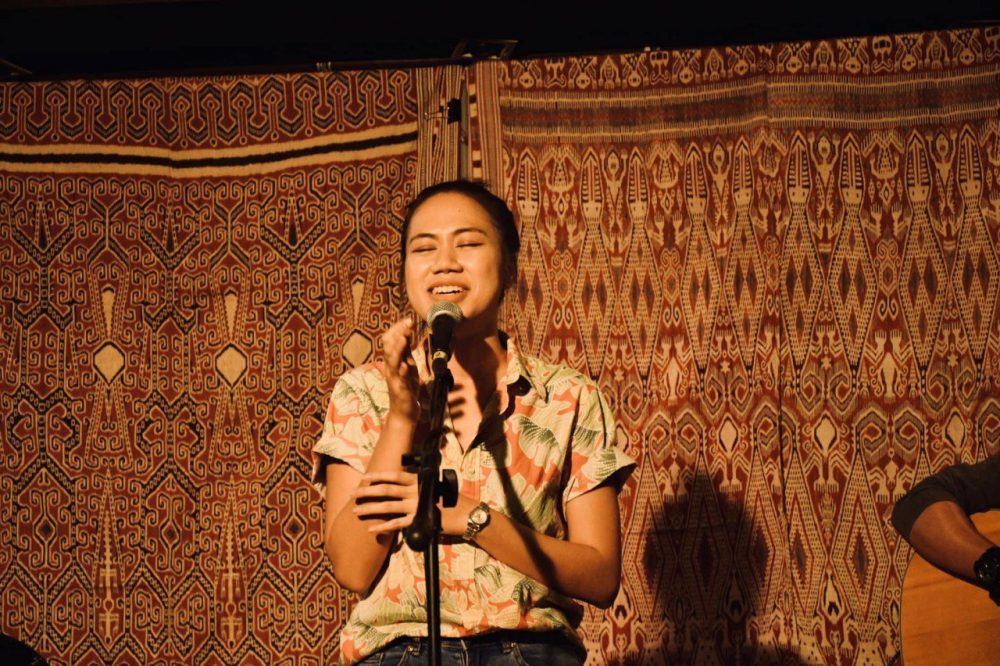 Do you remember that moment in your life when you first realized that you wanted to be a singer-songwriter? What was it like and when did it happen?

I think it just naturally happened. When I was in high school, I started to just write lyrics and imagined a full band in my head. The first song I wrote when I was about fourteen or fifteen had a Michelle Branch vibe. It was about feeling so small but having big dreams. Of course, the first song I learned on the guitar was a Michelle Branch song too!

Back then, we didn’t have Facebook yet, and the Internet was still the dial-up kind, so I wasn’t exposed to the idea that a small-town girl from Sarawak could make music and be heard by many. It was something I did on the side… until I found Kina Grannis on YouTube in 2012. Her craft gave me inspiration and motivation that my songs could be out there. That it’s possible.

You actually dipped your feet in the local music scene through Menari Dengan Musibah or in English, Dancing With Disaster. I’ve listened to the track and it feels as though the track serves as a way for you to cope with a disaster that happened in your life. How does music play a role in coping with challenges in life?

Menari Dengan Musibah aged really well despite being written in 2014 when I was trying to find closure for an irreparable relationship. I think it’s true when they say, you write the best when you’re in grief, or in this case, mourning a relationship.

I feel like the song is a goodbye letter to that particular person—the lyrics “Selamat malam, mimpi” helps me to identify the parting as a peaceful one. And yeah, it was. I wrote a lot of materials over the years—I’m not a very vocal person, so I do have a lot of pent up feelings just finding ways to reach people, whether metaphorically, directly or through riddle-like lyrics.

If you never discovered your talent for singing and songwriting, what would you be doing?

I couldn’t imagine doing anything else! I grew up surrounded by family members playing music—my late grandfather actually plays the double bass, I think! I can’t imagine a life where I can’t produce music. I actually have a full-time job on the side, but I’ve been jumping from discipline to discipline. I’m very flexible.

I love the lyrics for Hurt Nobody. It’s so clever! When do you know when you’ve found that perfect lyric for a song during your song writing process?

Thank you! Fun fact: I wrote, composed and arranged the entire Hurt Nobody track at a mamak shop, on my Garage Band. Songwriting is a process that goes on both extremes—it’s either too challenging or too smooth. There can never be anything in between. When I have really great ideas, inspiration and whatnot, I can write something within an hour. A full song. Else I’ll be stuck with a one-liner.

I think it’s the desire of perfection that blocks the process sometimes—I’ve always wanted to escape typical lyrics and go beyond. Play with metaphors. Or be super straightforward. A song is perfect when everything comes together—the melody and the words. And if it sticks in your head for an entire day, it’s a perfect song.

You’ve released several other tracks prior to To Wherever I Wanted. Why is this considered a debut for you?

I love listening to a wide range of genres over the years, and so my music-making is influenced by whatever I’m into at the moment. They’re made in my bedroom—with a low quality microphone, very amateur mixing and no mastering at all. You could probably listen to the ugly over-volumed buzz in my old Sentimental Heart track!

But as things got serious, and as people started paying attention to my materials, I decided ‘okay, let’s just sit down and decide on a sound. A style. A brand. A signature. A debut feels like a debut when everything is done in the highest quality. Everything from the song itself, to the audio quality, to the artist’s brand, to the marketing. There’s a lot to be done for a debut if you plan to stay longer and be memorable. Your social media has to be your portfolio. You have to go out there and shamelessly contact all possible media saying “Hey, I’ve made something worth listening to.”

I think Hurt Nobody had the closest potential to be a debut back then, but I was still very messy, indecisive of my own original sound, my profile was all over the place, and my portfolio non-existent. It wasn’t ready for worldwide recognition—although it did get featured on TapauTV four years back!

To me, your latest track speaks about home and that home is where you want it to be. Was this the inspiration behind the creation of this track?

I will shamelessly admit that my muse for this song is my long-time celebrity crush! I don’t know how to describe it—I’ve always found comfort in his music back in high school and uni, and when he returned to the music scene a few years ago, I turned to his music to feel good.

His music is actually the home that was described in the song, and since his music has been keeping me company for about thirteen years now, it does feel like home. Nothing sticks with you that long, especially when you’re going through your teenhood all the way to your late twenties. But his music did. 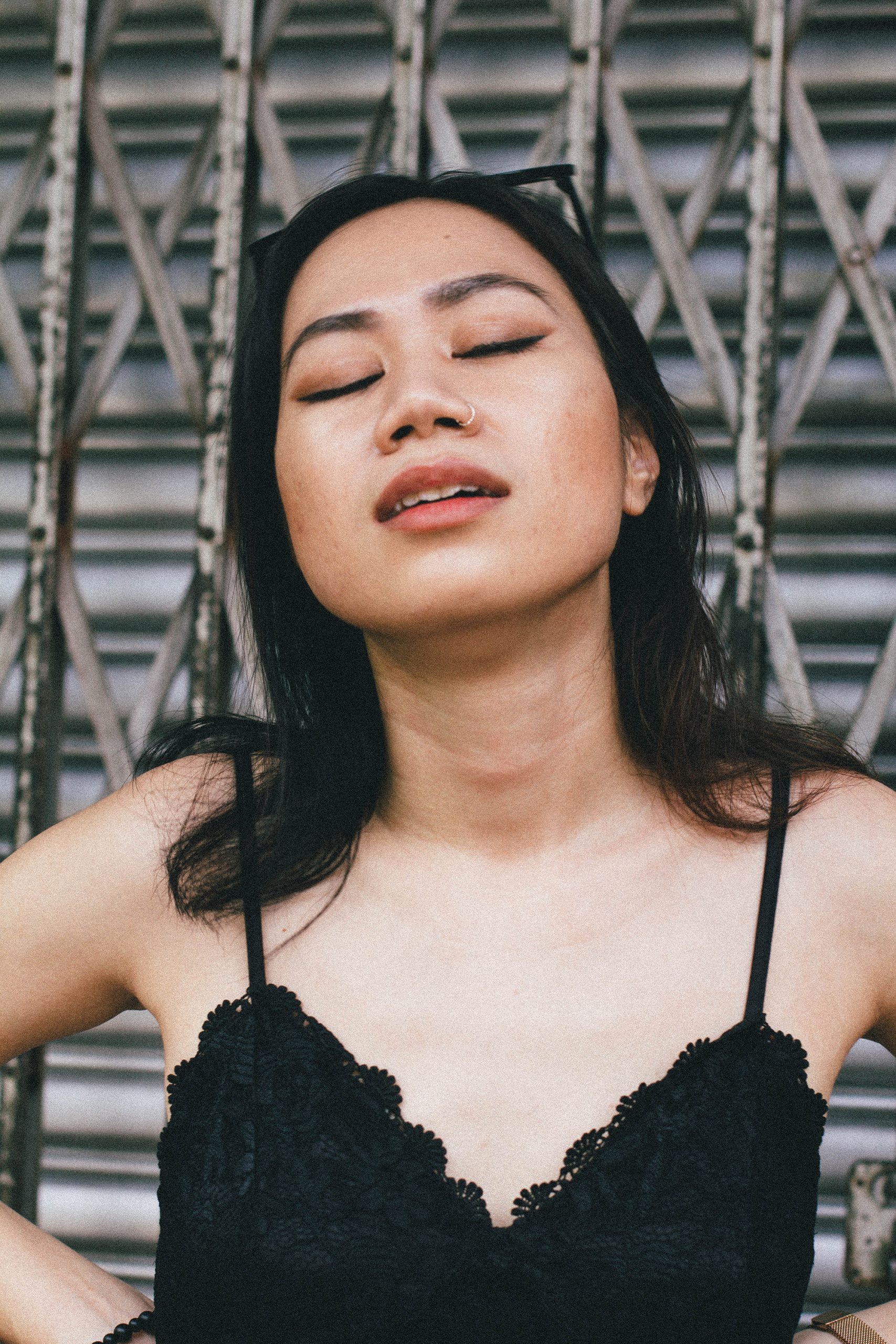 What is one memento you wish to leave in this world through your music once you’re gone?

It would be a life goal if my songs could give people a nostalgic value in the future. Say ten or twenty years from now, imagine people catching a snippet of To Wherever I Wanted and saying “Oh my God, lagu zaman kita TikTok bah this!”

It’s gonna be like playing an old track from Bunkface and say “Yoh, zaman sekolah one this song”. We all have these lists of old songs that just reminds us of a good time in the past! I hope all my songs will age well and become the soundtrack of this generation’s life.

All images supplied by Steff Fleur.