The worst time to be caught in congestion of any kind, be it traffic or human.

Hence, it comes as no surprise that people would want to pick up the pace and get home (or to dinner!) as soon as they can.

This makes seeing people who slow down or those who are taking a seat at the stairs of Masjid Jamek Putra LRT station a rare sight. 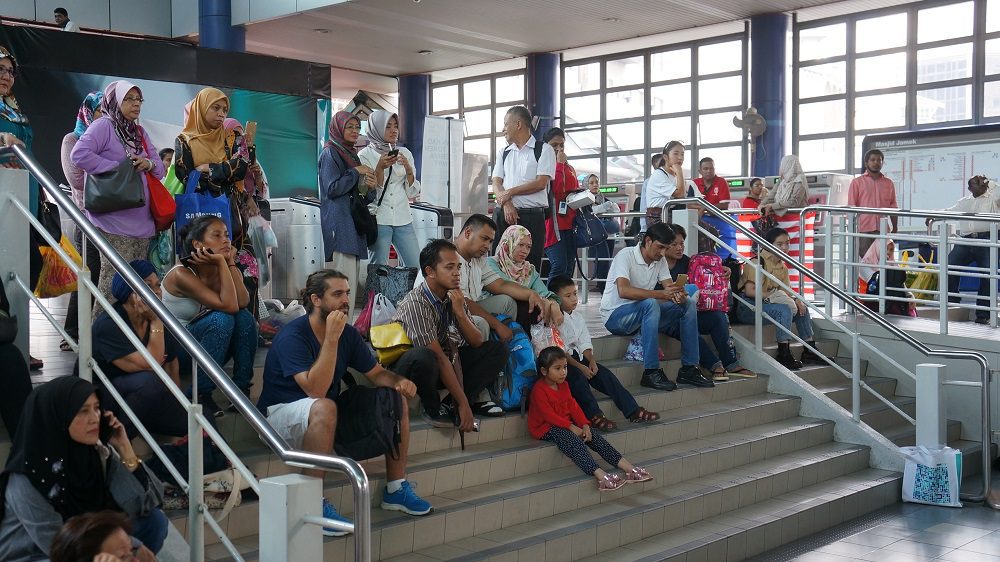 Few people were already gathered at the staircase recently before the start of a unique performance art all the way from Sarawak!

Turns out, some of them weren’t just passers-by, there were regular travellers as well.

I’m here every Tuesday and Thursday for the performances,” Nai, who came from her workplace in Bangsar, said with a chuckle. “I come here to pass my time.”

At 5 o’clock, the Rantau Lemamang Group’s made a grand entrance which included a makeshift chariot complete with energetic traditional Sarawakian music and quick steps accompanied by synchronized lenggok, a term used to describe the arm movements. 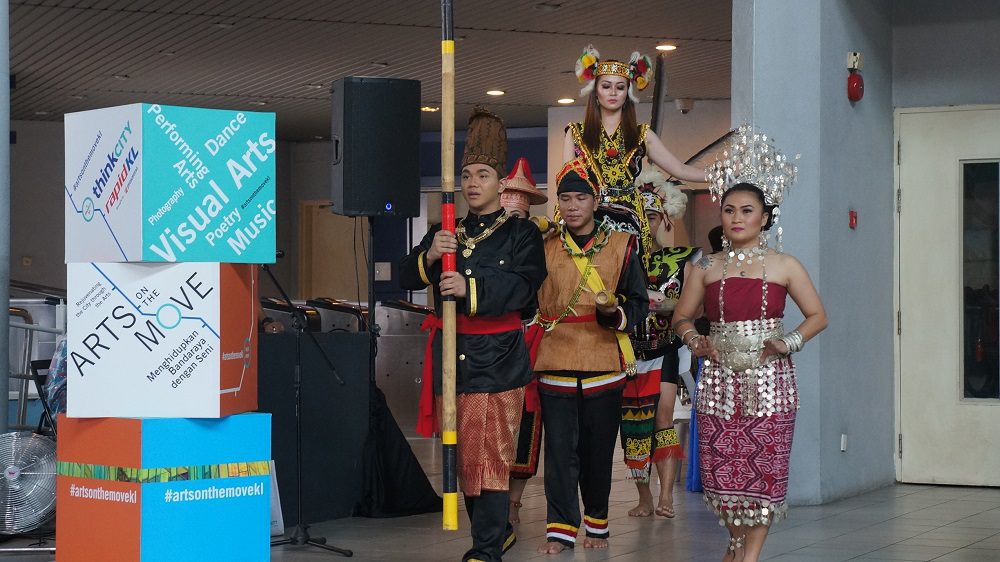 The men donned magnificent outfits with large headdresses, while the ladies had outfits that shone as bright as their smiles. In fact, every dancer had on their sweetest smile which was highly contagious and it reflected on the faces of the spectators.

Spectacular feats, such as the balancing act on a vertical bamboo while spinning in circles, and well-timed shouts and cries were aimed to entertain the audience. 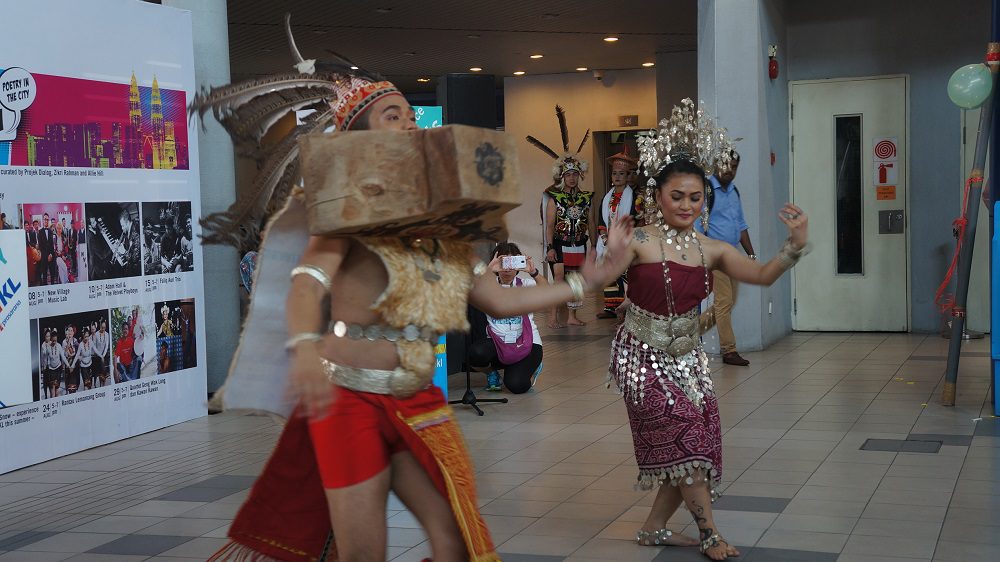 Various types of dances were performed but they were all inspired by the daily life in longhouses and ceremonies such as Hari Gawai, the harvest festival.

One such inspiration was shown in the Iban dance which used a wooden mortar, lesung, as a prop. The dancer managed to shock the crowd when he lifted the wooden mortar using his teeth and continued dancing, unfazed.

The lesung is used in the process of removing the husks from paddy in ceremonies. 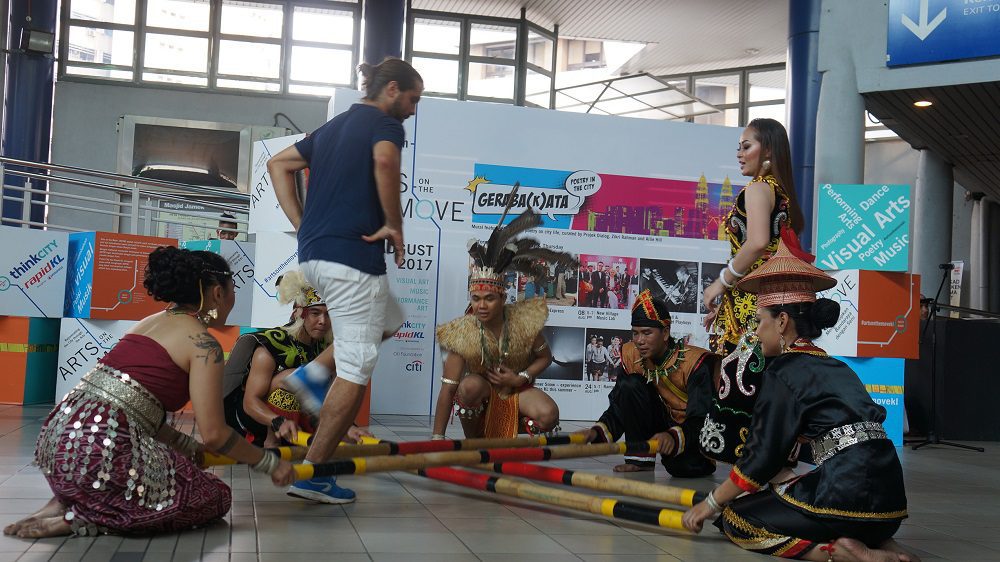 What made their performance truly memorable were the little segments which allowed the members of the audience to join in the fun!

David, from Brazil, was invited to take part in the bamboo dancing which he found really interesting. Despite it being his first time doing it, he aced it!

After seeing how much fun it was, even the kids shed their shy selves and joined in. 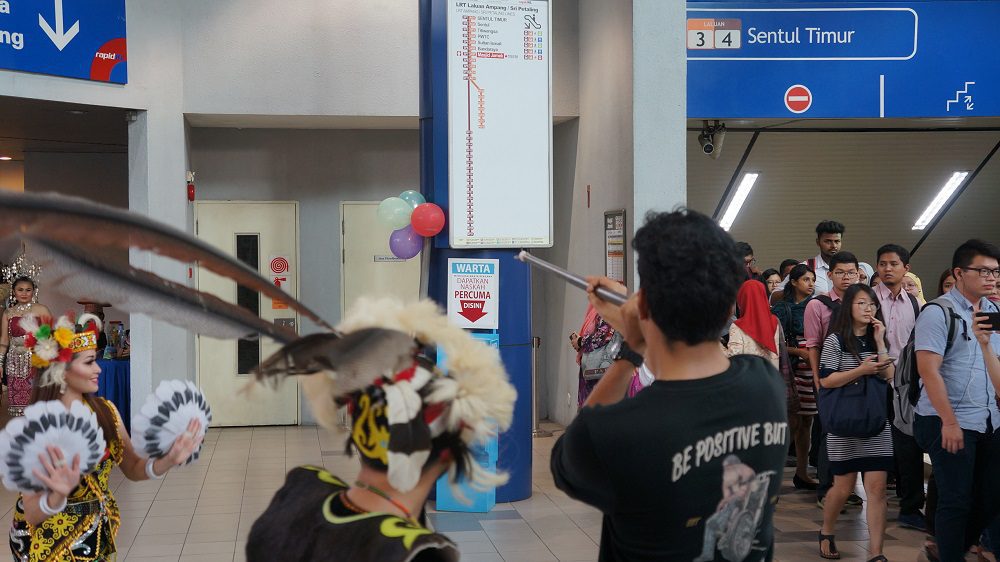 Spectators were also invited to try their hand at the blowpipe by aiming at balloons, which represented the birds that were traditionally hunted.

Hari, a student from Brickfields Asia College, PJ managed to sumpit the balloon in just one try!

The show ended with a performance that signified a welcoming into one’s house using two bamboos to represent the roof and two more on the ground to represent the stairs. It was a truly symbolic dance. 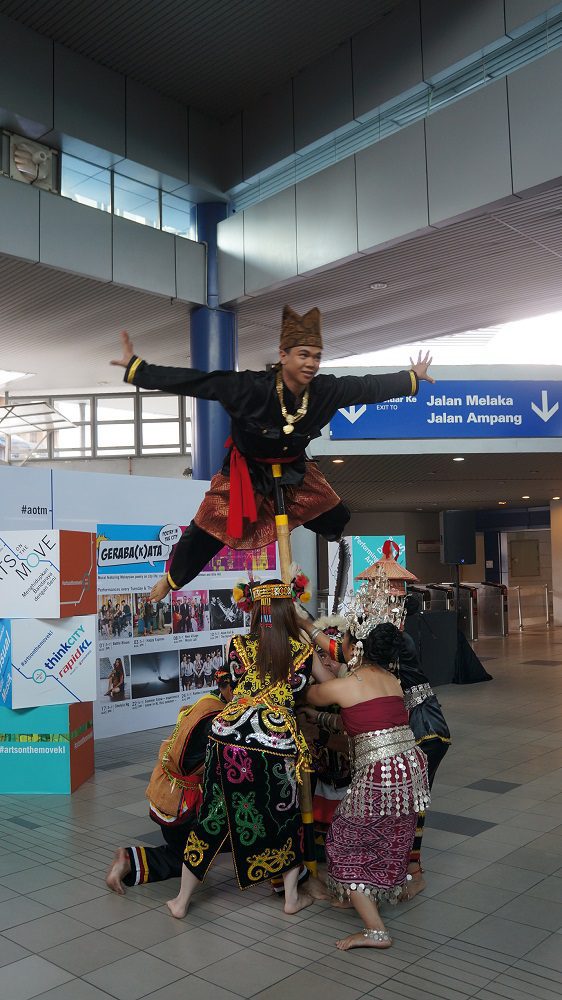 I managed to speak to Munirih Jebeni, the leader of the Rantau Lemamang Group, and found out that “Rantau Lemamang” meant “preserving our legacy and augury” in the Iban language, a language spoken by the largest ethnic group in Sarawak.

The group does not have fixed dancers and are flexible in that they dance depending on each dancers’ availability.

Despite not having a set line-up of dancers, Munirih noted that native Sarawakian dancers gel better together. As long as there are six dancers, no matter the gender, the show can go on, she revealed.

When you work with native Sarawakians compared to local (KL) dancers, the feel and the aura is different,” Munirih tells me.

You’d think these talented individuals have dedicated their lives to dancing, but only two of them are dancers by profession and the others work at the Malaysian Ministry of Defence. 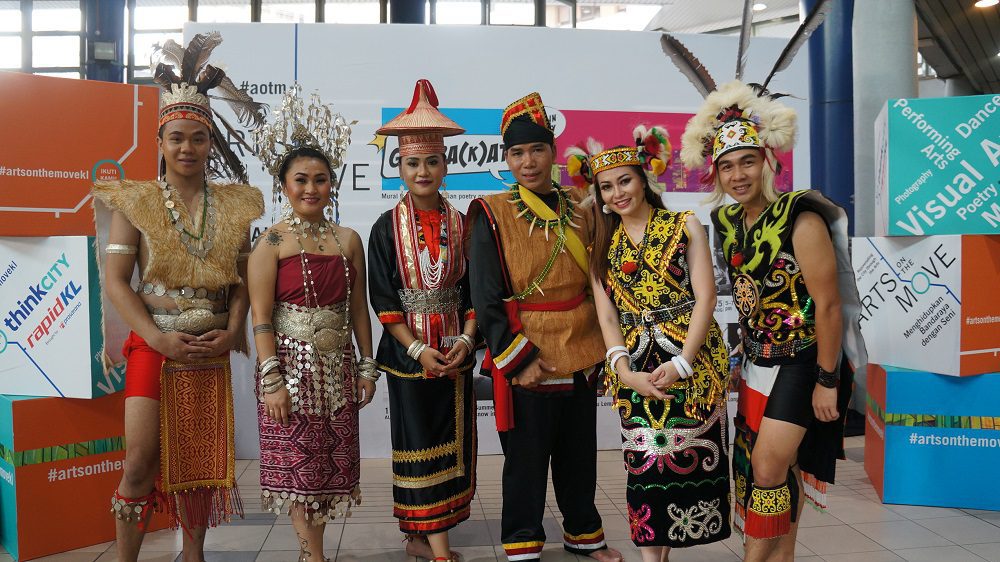 So how did the public get so lucky to be part of this amazing experience?

It’s thanks to Arts On The Move (AOTM) an initiative between Think City and Prasarana Malaysia Berhad to bring quality arts and cultural activities to the public while at the same time providing an artsy face-lift to the location.

Masjid Jamek was chosen due to its prominence in the history of Kuala Lumpur.

Interested in what’s lined up for Arts On The Move next? Check them out on Instagram! Although the Rantau Lemamang Group is yet to set up a social media account, you can catch Munirih’s sape performances by following his band page, Ilu Leto.