How To Effectively Stage A Dark Play Such As Macbeth For Kids?

“William Shakespeare wrote great stories. So why only the adults get to appreciate them?” director Lim Kien Lee wonders. This crucial thought played a role in getting KL Shakespeare Players (KLSP) to effectively stage a dark play such as Macbeth for kids.

Titled, A Tale That Must Be Told: Macbeth, children were allowed to participate in the play. But why Macbeth? Isn’t it among Shakespeare’s bloodiest plays?

“Macbeth has the feel of a dark fairy tale and we wanted to take up the challenge of keeping true to the essence of the play while being appropriate to the younger age group at the same time.”

So, instead of blood during the murder of Duncan scene, Kien Lee cleverly makes use of the red spotlight focused onto a doll while one of the actors stabs at it comically. 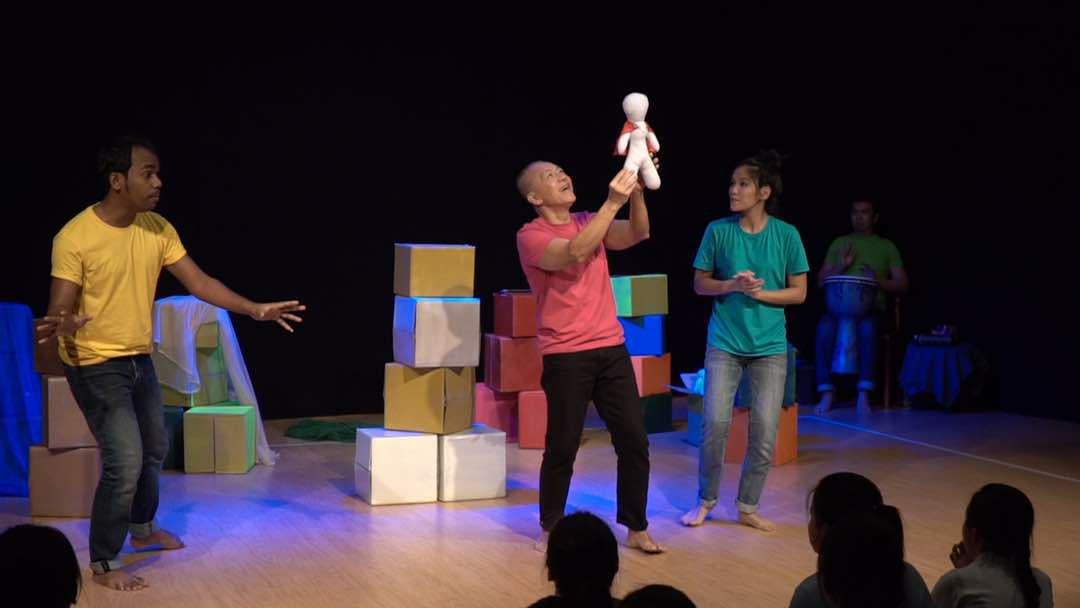 The bloody battle towards the end is hilariously depicted through the portrayal of multiple blank dolls being flung at a ‘fortress’ made from cardboard boxes.

For Macbeth, certain scenes and characters had to be omitted or modified to achieve the desired effect. This allowed Kien Lee more flexibility to zone in on the characterisation of Macbeth itself.

However, we did keep scenes that are considered ‘canonical’, such as Lady Macbeth’s sleepwalk. We looked for parts that we think can be visually interesting.”

Shakespeare’s Macbeth is also well known for its long speeches. Kien Lee made do with just short summarised versions to keep the children’s attention glued to the narrative from the beginning to the end.

Meanwhile, their interaction was not limited to just mere chants, dance, and the creation of comical sound effects. Some of the children were also chosen to act as props!

The most memorable one was when three kids were chosen to be the flames of the cauldron during the scene of the second prophecy. Some were also picked to open the boxes which contained said ‘prophecies’. 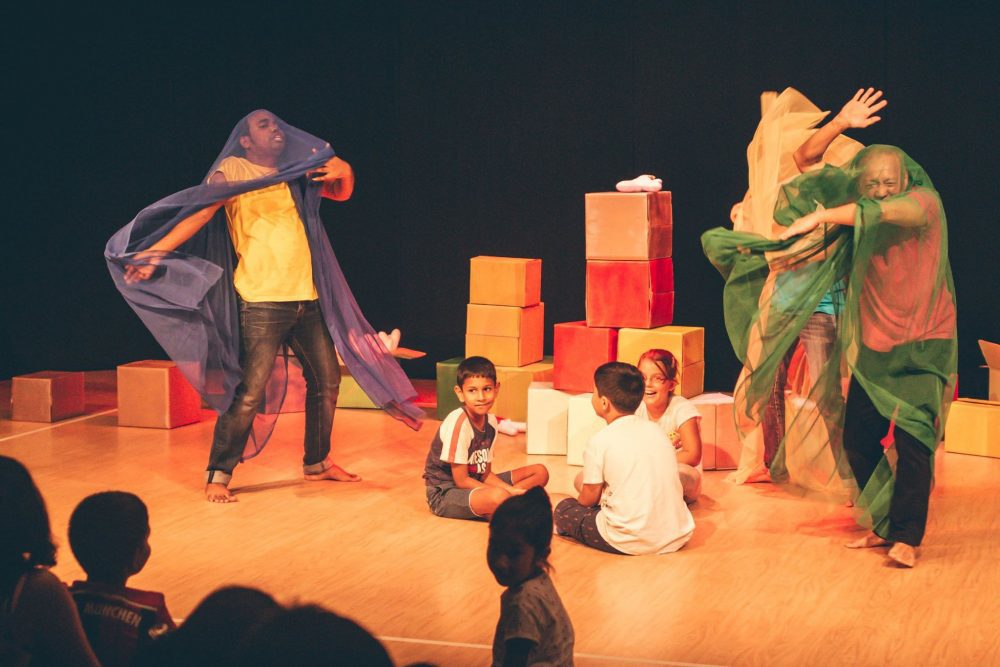 Staging a play for the younger audience has its own set of challenges especially if the director wishes it to have an impact on its audience, Kien Lee reveals.

The most common one; the children misbehaving or being overly energetic (or even lacking in energy) during their interactive bits.

Rachel says all these factors have been taken into consideration by the cast members. “All of us have our own individual backup plans,” Rachel laughs.

We once had a kid who got up and tried to steal a doll. We even had another who disrupted the cauldron chant so that he could add fart to the potion. Some things you can ignore and some things are better to be acknowledged. The crucial bit is, the actors have to just carry on no matter what.”

However, she believes kids are as invested in the show as the actors are.

“So it’s not so much of a misbehaviour issue because the kids, in essence, are actually trying to fit themselves into the story.”

Soon Heng on the other has an easier method to ensure the kids behave during the play. “I have been told I have a devastating stare,” he quips.

“If a child were to misbehave, I’d use the Jedi-like Force that emanates from my eyes and bring the child to his or her knees. But if the parents were there, I will apply the Force on the parents first.” 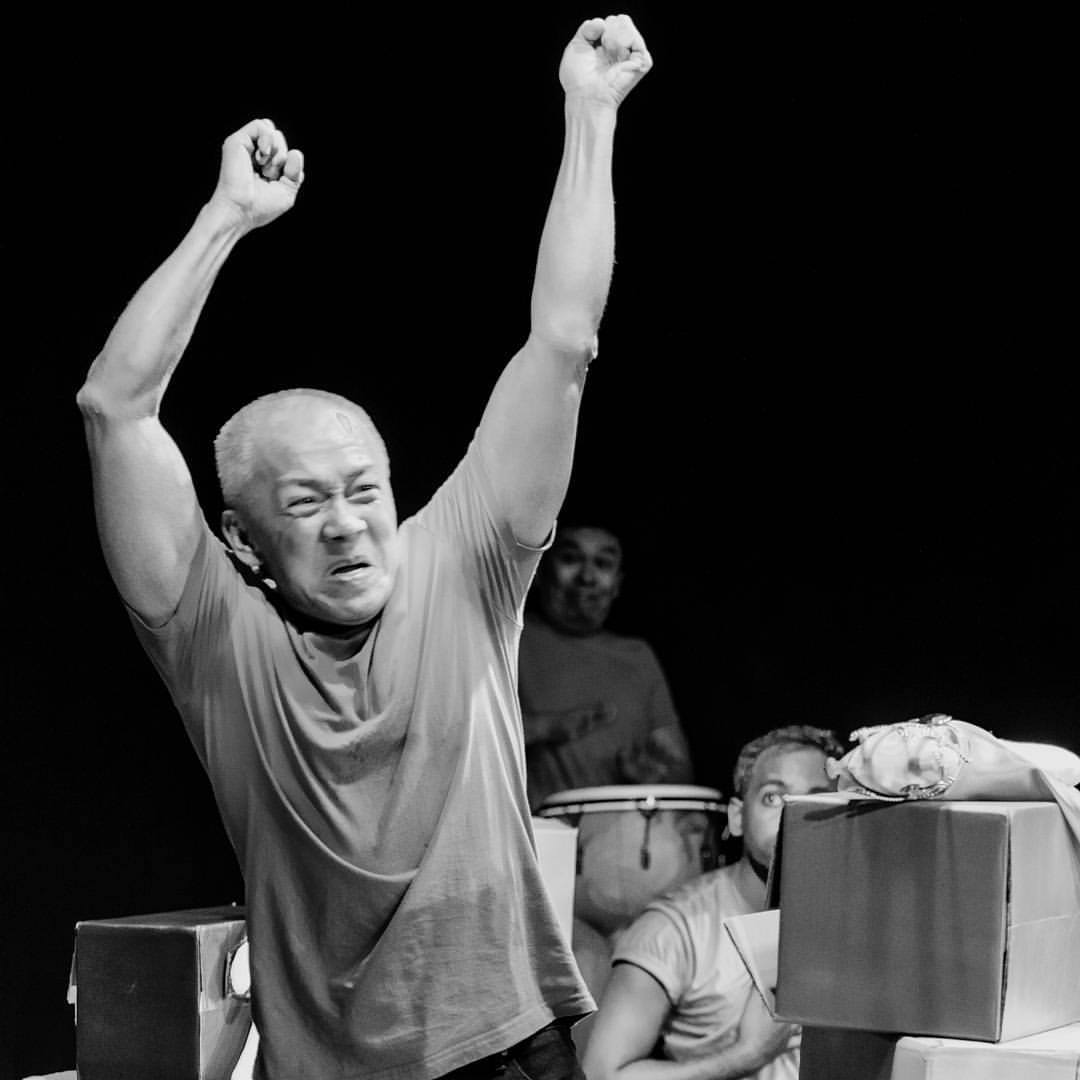 Yes, Soon Heng was a teacher long before he joined BFM 89.9 the business radio station.

“I’d used my experience as a classroom teacher to suspend the storytelling, go up to the child and say, “Something is about to happen – depending on where we are in the storytelling – quick, sit over here…””

But what if the children are unable to understand Shakespeare’s stories? Nave believes so far all the kids have gone home remembering the stories better.

“With lots of games, rhymes, body movements, and simple words for easy understanding for the children, each one has so far been able to follow the storyline till the end.” 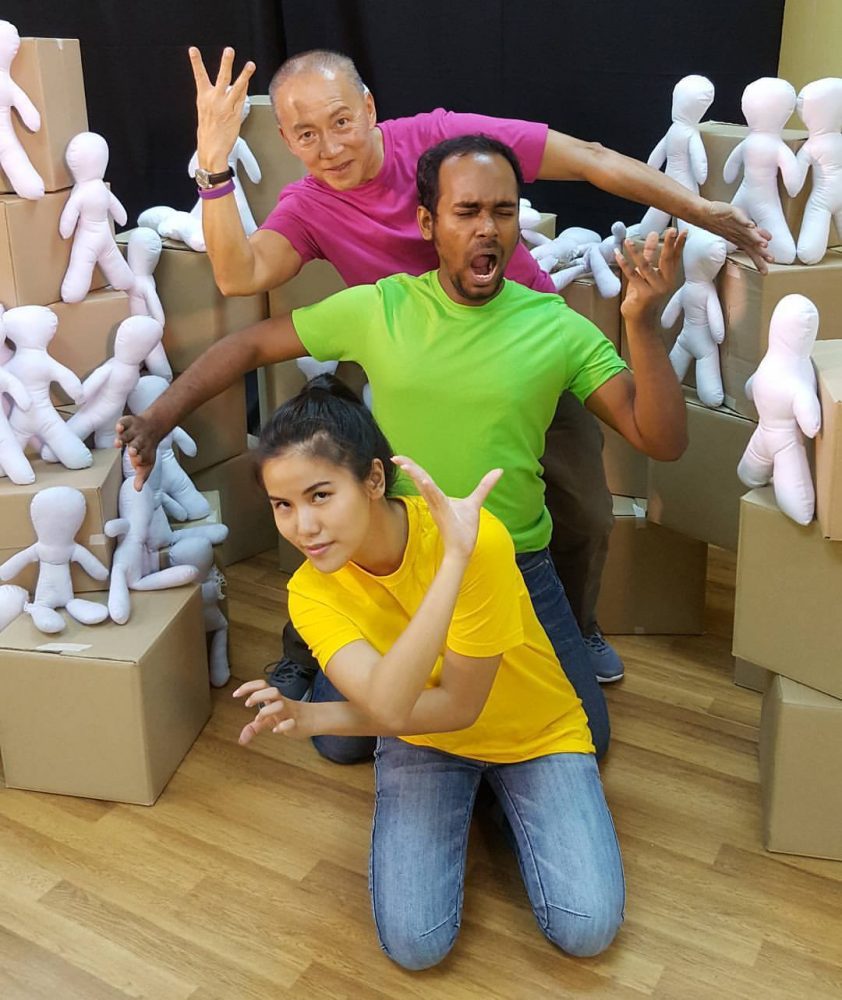 Apart from the challenges of working with the children, being a three-person group meant that the actors have to put themselves into the mindset of several characters, and change them at a moment’s notice.

For Soon Heng, intense practice and rehearsals are key.

“For this storytelling, I mostly played Macbeth and myself as the narrator. At rehearsals, the director would suggest, “Do more.” Or ask, “What defines your Macbeth? How is he different physically from you. Where is his source of energy or force of personality?” 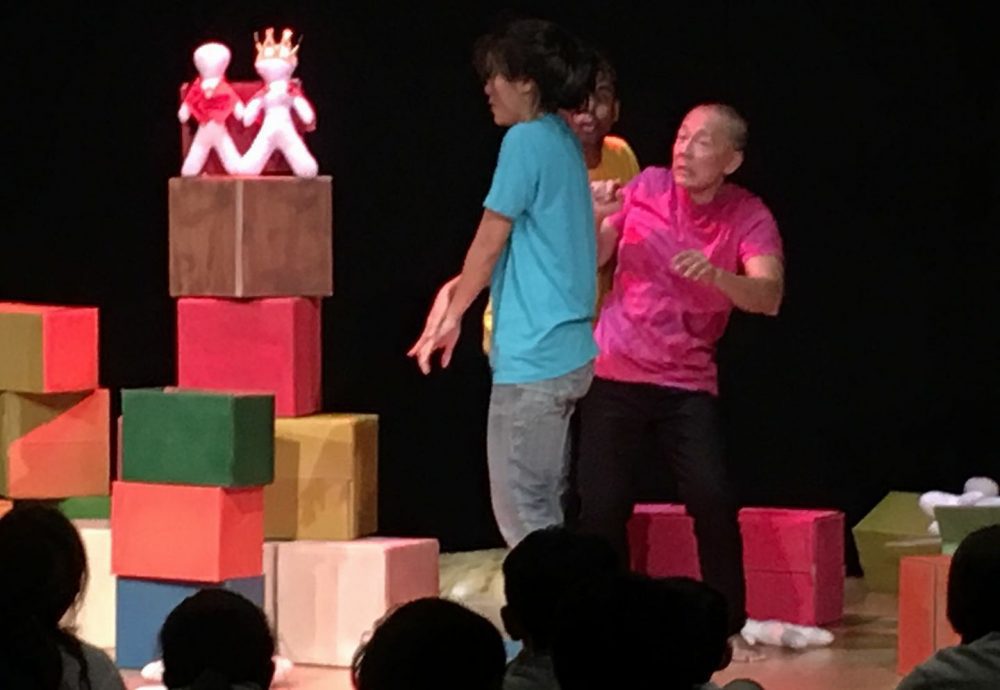 “Personally, it was less about the character’s mindset than it was about how the character would behave and what he or she would do in those circumstances.

“So, it was a matter of switching from Lady Macbeth-body to storyteller-body. We were given the space to explore different characters through gesture and behaviour.” 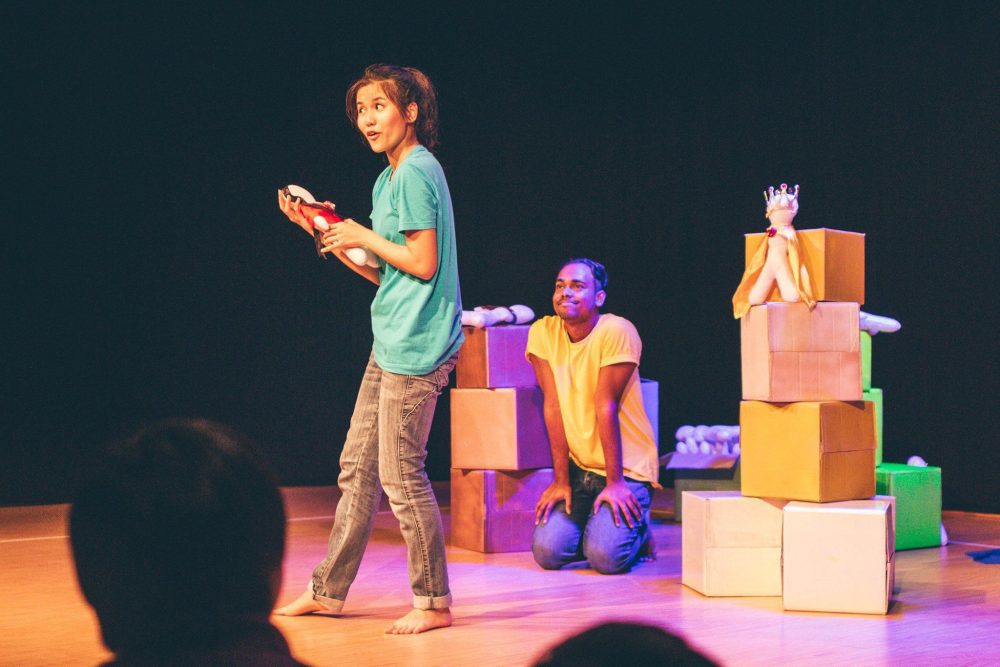 Complete understanding and study of the characters involved in the play are of utmost importance for Nave.

“Knowing somewhat the nature and the characteristics of a particular role-plays along the storyline makes it less difficult and easier to adapt on stage during the show.”

A definite detailing, through a different voice or body gesture or even facial expression on a character, was practiced during the rehearsals, according to Nave.

“The repetition of these elements during our rehearsals almost tuned us in such a way it came to us naturally and very instantly during our performances.”