Once in a while, we receive emails from creatives living across the sea who share with us some of the amazing stuff they’ve done.

Recently, we received one such email from Gareth Fernandez, a Singaporean singer-songwriter who, despite his forays into the music scene for about five-years, he has garnered over 1.1 million streams on Spotify for his song, Bit of Your Love.

Earlier this year, his debut R&B track, Drowning, was also featured on the cover of New Music Friday Singapore. The track has gotten a whopping 360,000 streams on Spotify in just three-months.

Gareth, who is inspired by artists such as Sam Smith, Bruno Mars, Miguel and Justin Timberlake, recently released his latest track, Achilles. The title of the song caught our attention and we quickly sent him an email.

Hey Gareth! That’s an interesting title for a track you’ve got there. Could you tell us what inspired you to create this song?

Thank you! Achilles, a Gospel-inspired ballad, is about acknowledging and owning one’s flaws in order to grow. It’s a love letter to myself, where glaring imperfections are not just accepted, but celebrated. Every minute aspect of this song was fleshed out in loving detail, and the result is a song that is at once both painful and beautiful.

“Pride is my Achilles Heel” isn’t just a quote, it’s from painful personal experiences. I’ve always struggled with self-esteem and self-worth. On one hand, I used to be very proud of the work I did, which came across as cocky, but on the other hand, I would crave external validation through appreciation for my work. It became quite unhealthy, so now I’m just trying to balance it all by putting in hard work to make the songs the best that they be, while also staying humble and true to myself.

You should be proud, your tracks are amazing! What’s your Achilles Heel when it comes to music, Gareth?

When it comes to music, I would say that I’m really critical of myself. I think too much, and my mind is always racing. When I sing (recording or performing), I’m obsessing on the pitch and rhythm, and have to remind myself to emote and just have a good time.

How old were you when you first caught the performing bug? And where do you usually get your inspiration for your music?

I performed for the first time in school at age 15, and although I wasn’t great and I didn’t really know what I was doing, it was a heartfelt performance that was well received. I guess I caught the bug then. I knew that I really enjoyed performing and that’s where I felt most alive. I used to sing a lot of covers in bars and on YouTube, but gradually began to feel the need to tell my own stories. I just kept writing and improving with every demo and release, and I am pleased with the music I’m putting out now. I would say the work of other artists and travelling most inspire me. When I listen to good music, and see amazing things, I just get an itch to pen it down and sing something. That’s how most of my songs come about. 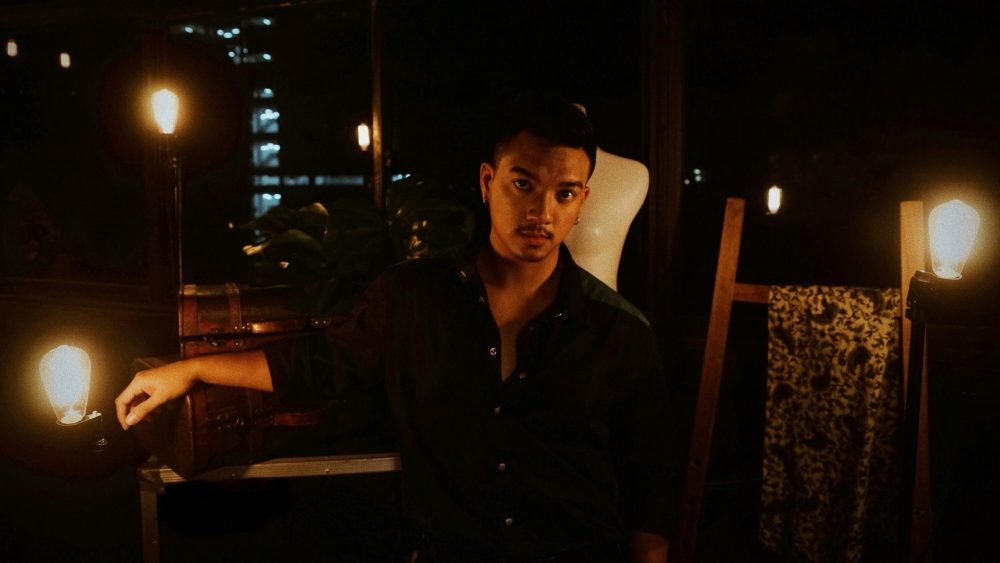 When I first started out in Singapore in 2014, there weren’t that many artists, and streaming was becoming big but it wasn’t the default medium of music consumption that it is today. Now, I’m happy to say that there are at least 100 artists in Singapore actively releasing music, and the competition has stiffened. With so many releases and great tunes out there, it’s difficult to be heard, but it’s a good problem because it pushes me to do the best I can. I can’t wait to put out more songs and I hope you guys like them too!

We’re looking forward to them, Gareth! What do you have in store for the future?

Achilles is just the beginning. The Achilles music video was recently released. I’ll be releasing another song and an original Christmas song in November. Watch out for those please, because I’m really excited about them.

***All images in this post were supplied to us by Gareth Fernandez.

Rhymebo0k And The Rise Of Sarawak’s Underground Rap Scene