SHORT STORY | Two of a Kind by Amanda Lim

Artwork by All Star Activist

He had a lisp and a husky voice, and he confessed to having aborted his girlfriend’s baby. It was his baby, too wasn’t it? Jonathan and I met at German class, and he said we shouldn’t hang out, because my hair was blond, and his mother said that only bad girls coloured their hair blond.

He had a lisp and a husky voice, and he confessed to putting razorblades in a Tiffany box. Daniel and I met at writing class, and we went out on a dinner date. After our meal, he asked what I would be doing tomorrow. I’ll be in church, I said. It’s Sunday. Well you can skip church, he replied, and go straight to hell.

I said to Jonathan, well aren’t you a hypocrite? You killed a human being. I only coloured my hair. He shrugged. He was going to Germany that year, because Germany was all the rage with Malaysian engineering students. You’ll make a good engineer, I said. You’re smart, you’re talented. Aufwiedersehen, he said, though I couldn’t hear the ‘sehen’.

Daniel wore a black t-shirt with a skull design. The skull was made out of coloured beer bottles, and its eyes were hollow, just like his.

Do you love your girlfriend? I asked Jonathan.

Then why didn’t you keep the baby?

Precisely why you shouldn’t have killed it, I said.

I’ll tell you about my boss, Daniel said. He brings his mistress, a Chinese woman, into the office and they make love on the couch there.

Oh, I said, getting up from the couch. The view is nice, though.

Every Chinese New Year we go round to his house, and pretend that we don’t know anything. His wife likes to cook.

Why do you tell me these things? I asked.

I don’t know, he said. Maybe because we have fathers who are absent.

I’ve forgiven my father, I said. You should forgive yours, too.

It’s not that easy, he said. Most times I want to kill him.

You won’t say anything to anyone, will you? Jonathan asked.

No, I shook my head. Why would I? I don’t even know your girlfriend.

Good, good, he nodded. Because you know, Penang is a small place.

Let’s hang out at my office again, Daniel said.

This Saturday. We can have dinner and then we can write. There’s a really nice ramen place downstairs.

Sure, I said. The view from your office is amazing.

Yeah, I like to write there because it’s dark. But don’t take any pictures ok, he said. I don’t want my boss to know.

Where is the abortion clinic? I asked Jonathan.

Why? You want to go there?

No. I just want to know where these things are done. I thought abortion was illegal in Malaysia.

Anything can be done in Malaysia. It’s a clinic near Sungai Dua, he said.

Really? With a proper doctor and everything?

My sister had an abortion once, I said. But nobody in my family talks about it.

Are you gay? I asked Daniel. Because if you are… but you took me out on a date.

I won’t say anything if you’re gay. I mean, the last guy I slept with said he was bisexual.

He laughed again. Poor you. Losing your virginity to someone who likes dicks, too.

Yeah, I shrugged. I guess.

Will I see you again? I typed.

Do you know about Satanic sacrifices? Daniel asked.

No, I said. I thought you were a Christian.

I was a Christian, he said. Not anymore.

I decided that I was going to figure it out on my own.

I’m working on it.

I followed Daniel home and sat on his bed. He took out a baby blue Tiffany box.

Open it, he said.

Inside were razorblades; silver, rusty, old and new.

What do you want me to do with it?

What do I cut?

Everything. Anything. Anyone who hurts you, including yourself.

Try it, c’mon. He took a blade, then took my wrist. I pulled back but he was too strong.

You’re not afraid of me, are you?

No, I said. But you’re scaring me right now.

He sliced my wrist and I screamed. But quickly he sucked at my flesh.

You should try it, he said. Blood tastes just like rust. He got me a bandage.

Here, he offered his hand. Your turn. Drink my blood and we will become one. 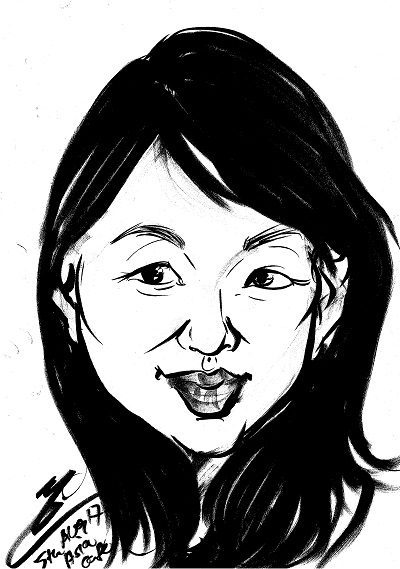 Amanda Lim writes in English and Malay. Her latest story ‘Nadia’ was published in The Tudung Anthology by Matahari Books. She loves coffee, books, films and writing stories set in Malaysia, particularly in her hometown of Penang.