SHORT STORY | The Home of a Heart by Syazwan Sharani

Photo by freestocks.org on Unsplash

About three months ago, while I sat in my office chair typing a letter to finance, I felt a severe throbbing pain in my chest, then my surrounding shrivelled into a blur and the next thing I knew I was on the floor, unconscious. I woke up in the hospital bed to my sobbing mum, a few colleagues whom I’d exchanged files more than I did words, and Dr. Kumar telling me that my heart had failed and if I didn’t detect a donor by the end of January, it was going to be the end of me. It was a hereditary condition and my mum broke down in tears as she spoke of my late aunt (who passed before I was born into this world) that had had her demise in the same battle. Mum and I tried everything to secure me a heart but the list was excruciatingly long and even if the universe had cramped the stars into stellar constellations, still I would never get a heart by January’s end.

Tinged by desperation, mum resorted to a powerful shaman that had healed a malfunctioning kidney of a friend of hers, just few weeks prior. The shaman stood by my hospital bed, threw tiny cracks of buffalo skull on my palm, and he told me that I possessed the spirit of a wild animal; that I would survive and help was already on the way. A week later, two women with dark robes from a remote village in Indonesia turned up at the hospital and it was revealed to me that a distant, estranged relative who was dying, was going to provide me with a heart. I never knew we had Southeast Asian roots in our blood and when I asked my mum, she was silent. The operation went fine and Dr. Kumar said he had never seen a donor’s heart befitting a recipient so well in the span of his career like mine did and it was like the heart had really been mine all along.

I was allowed home the next month and Dr. Kumar, mum and everyone kept assuring me that I should be feeling fine, but deep down I wasn’t. I felt less and less like myself ever since I got the new heart. I despised the skin I was walking in, my brown curls and even my thin nails; I hated seeing them every time I looked in the mirror. I felt like they weren’t me. I ate steak more than I ordinarily would too, but they tasted weird marinated and cooked on stove, before I realised it had been the red meat that I really wanted. That day my mum went out on the lawn to speak with a friend on the phone, and there was raw meat and a few salmons she had left on the counter from the store. When she was facing the neighbour’s fence, I pounced on the counter, tore the meat with my nails and devoured them manically like I hadn’t eaten in weeks. They tasted so good. When she came back, I told her Shamby, our old retriever had eaten them. I felt bad that Shamby had to sleep outside that night.

I dreamt of woodpeckers making wild sounds in the woods and the noise of tambourine playing a very poignant ancient tribal tune that night. I felt like they were somehow trying to call me. Tangled in sweat and fed by the adrenaline in the dream, I took my clothes off and hit the shower. As I massaged my head I began to realize that my brown curls were shedding themselves with each passing jet of water and soon the tub, sink and the bathroom tiles were flooded with all the hair on my body. I stared at my bald, hairless self in the mirror. I looked closely and saw that not only have all hair departed from my body, uniform brown spots had developed all over my skin and I now looked like I was wearing the skin of a feline breed. I’ve always had soft features but now my cheekbones and jaw had become so sharp and more pronounced. I remember trembling in front of my mother’s door, so close to waking her up and rush me to the hospital, but I got so terribly scared that I didn’t. I quietly entered her room and rummaged through the drawer that in my twenty-five years of my life I had never dared to open, but I knew that part of the answer had to be there. In there were antique brooches- some her favourite, some she’d never worn, polaroids dating back when I wasn’t even born and a few carefully kept files. I took out the green one that had been the most recent. I knew where I had to go now. Lampung, Indonesia. That must be where the two Indonesian women in dark robes were. The ones who had provided me with the heart. Perhaps they knew what was going on with me.

I kissed my mother on the cheek for one last time, sprung into my room, panting like I had been chased off by a robber, and stuffed whatever item that was five feet away from me into the tiny trolley luggage. I remember packing my brown blanket, a couple of tissue packets, the green file that I had taken, a pair of sweat pants and an oversized shirt that I had repeatedly worn for the last two weeks straight. I looked over at the short dresses and silhouettes sleeping soundly in the wardrobe, neither of which I had brought along. Somehow, I knew I was never going to wake them up and have them placed on my skin ever again. I was about to book a ticket on the phone, but my trembling fingers wouldn’t allow me to tap on a single screen function. They were growing unnervingly sharp as I poked them on my skin. I called the airline instead and got the first flight to Lampung in the morning.

I was in an oversized black hoodie and donned a pair of wide shades that went above my brows. The brown spots dotting my face were choked with layers of compact that nobody would take notice of them, at least if they hadn’t stopped to look twice. I could be perceived as nothing out of the ordinary, if I had been lucky. I was seated right at the circular window, next to a gentleman in a business suit, too engrossed in his Sudoku to take note of my suspicious spots. I was far caught up on edge to have been asleep in the four-hour flight and was spared nervously in my seat, few forces away from biting my bottom lip off.

I remember dozing off the last 10 minutes before landing, before I was jolted awake by the creak of the storage door above my head. I was pulled into panic to get out of the plane and storm my way to the village as soon as I can, that I accidentally launched my shoulder into the back of the gentleman in the business suit. Even from his back, I could see the smug and shrug slowly assembling upon his face and as he was about to turn to face me and express his dissatisfaction, all of a sudden, the only thing I saw smeared across his face had been a struck of shock, as if his face had been wiped by the cloth of the grim reaper’s cloak. “What…what is that??” his fingers pointed at a place slightly above my forehead. Even though some of his words were concealed in his clogged breath, the horror upon his face was already loud enough to make me hear what he was saying. I turned slightly towards the black TV screen hung on the seat in front of me, and caught a glimpse of my face that I had never seen nor I thought I would see in my life.

Two tiny antlers sprouted out of my temples like some cut up twigs poked into the soil and my eyes were a black, hollow universe unrestricted by boundaries, blacker than it had ever been. I dashed past all the other passengers and aircraft crew whom had registered the same horror, springing past them like a wild animal. Each nudge I forced on any human arm that was in my way, had them landed on the floor or slammed hard on the metal plane wall. I never recalled being this strong. I was sure that I took a small leap, but now I found myself across the stairs of the plane, on the tarred runway. As if orchestrated by a supernatural force that was welcoming me home, spirals of dark clouds began sending the sun away and contained me under a gloomy choreography of a thunderous rain, intertwined by the most chilling wind. I could feel whatever toner and powder I had smeared across my body melting away into the rain puddles. I took my hoodie off and whatever else fabric wrapping my body. There I stood, stark naked in the rain, wearing nothing but the brown spots on my skin and the tiny antlers crowning my head. My heart reverberated in a sudden, as if it had picked up a call. I looked up, and saw a dark forest growing out of the horizon of the thunder, rain-splattered sky, just at one far end of the runway. I ran towards it as if it had been the place where my heart really belonged; and I could feel it pumping stronger and stronger as I stormed through the rain. As I became separated just a few breaths away from the forest, there they were, the two figures in dark robes whom I figured had been the two Indonesian women at the hospital. The ones who had brought me the heart I was carrying now.

“What did you do to me?” lips registered with trembles, I asked them.

Only one of them spoke, while the other remained silent.

“We did nothing to you. We only put the thing back where it belongs,” she placed her two tough fingers on my chest, and tapped rhythmically on my heart.

“Welcome back, Namybia. Come, we have to get you home,” she said.

Both women unveiled their robes and I could see the same brown spots dotted on their skins, same black eyes and similar antlers on their temples, albeit much longer and tougher-looking than mine. The two of them crept on all fours on the ground. I followed suit.

The three of us sprung into the darkness dwelling the woods together on all fours, like a troupe of hyenas in hunting rage under the solemn dark sky and disappeared into the woods, forever.

*** This piece was first published on Malaysian Indie Fiction on November 9, 2018. 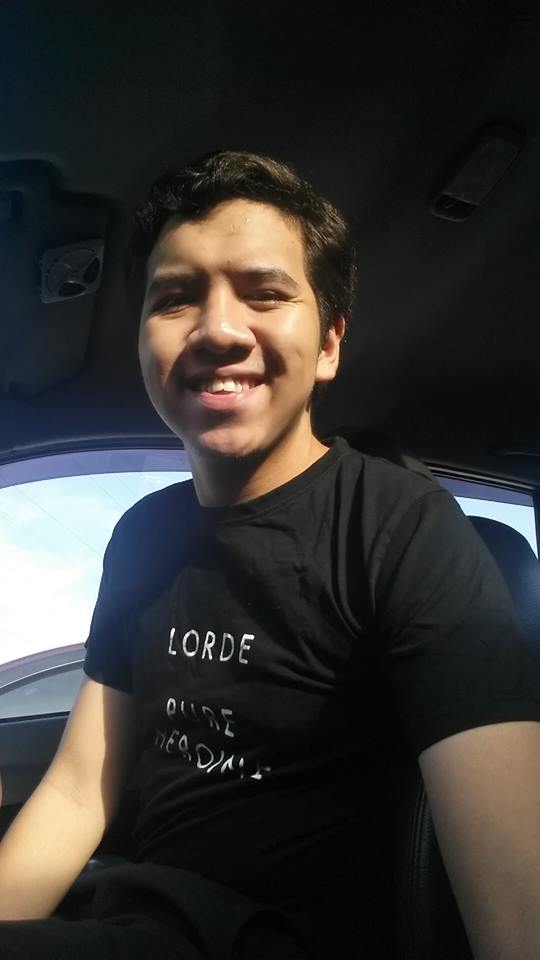 Syazwan Sharani is an engineering student from UKM who secretly disguises as a short fiction writer between lab reports. His previous short can be read here:

Enjoyed this short story? Read more here! Are you a writer or a poet? Share your stuff with us at [email protected] Do include an image (or art, if you’re shy) along with a short bio of yourself.