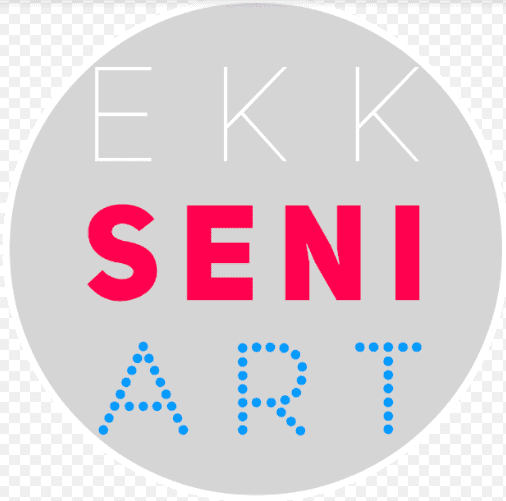 All I could think about as I watched Ella’s heaving body was how much I wanted to throw up. I’ve never been good at seeing people cry, but with Ella it was different. She could really cry.

“Maybe you should hey.”

This brought on another bout of tears. When Ella cried she cried with her whole body. She’d bunch her hands up into fists and hold them against her chest, which rose and fell violently, as if it stored a sleeping giant, just then waking up. It was only when she cried that I was truly convinced she was alive.

I knew then that I was overreacting. The parking fine wouldn’t cost more than 25 ringgit, and I knew that whatever saman the traffic officer claimed was impending would not arrive. I didn’t tell Ella any of this. I wanted her to feel bad.

“Jason I swear I didn’t think I was doing anything that bad. I thought that was how it was done!”

I couldn’t bring myself to tell her the real reason why I was so angry.

I visit my grandparents most days when I’m back home. Their apartment building lacks a visitors’ carpark, so I usually park on the double lines outside the entrance to their compound. In the past this hadn’t caused me any real problems, beyond having to leave my mobile number on the dash.

That morning, I’d sent Ella in my car to drop off some fruit for my grandparents, telling her to just park along the road, as I always did. I was content to forget about the matter until I heard my phone ring and noticed it was Ella. Panicked breathing was the first thing I heard when I answered the phone, followed by Ella describing in a frenzied staccato tone how she had returned to the car to see a police officer writing a ticket for illegal parking.

She’d offered him a bribe, and the officer was pressuring her to “balik ke stesen” with him, presumably to be charged. I’ve heard plenty of stories of tourists (and locals) offering bribes as compensation for minor infractions, and the act itself has never bothered me a great deal personally. The thought that does bother me, is the question of whether a Western tourist offering a bribe in Malaysia would do the same back home.

To me it’s almost as if they see the relative chaos – the markets teeming with fake handbags, the open gutters, the lack of food safety standards – and think to themselves “fuck it, the place is a mess anyways”. It’s as if rules don’t matter here just because every so often some policeman takes a bribe, or some politician commits fraud. It’s a thought that deeply insults me, so when Ella called telling me what had happened, I guess I took all of this out on her.

There was a long silence. I didn’t really want Ella to go home. I waited desperately for her to argue the point with me, but she said nothing. My phone rang, and I remembered my grandparents were taking us out to lunch.

My grandfather watched Ella closely as she perused the menu. Her head followed her eyes as she scanned the big stained A3 sheet.

“Do you know what you’re having Ella?” As my grandmother asked, she put her hand on Ella’s.

“I’m not sure. Do you and Kong Kong come here often?”

My grandfather clenched his jaw to hold in his laughter. I couldn’t resist, despite everything that had happened that morning. When I’d regained my composure I reached out and touched Ella’s cheek, telling her –

“El, you don’t call him Kong Kong. That means grandfather.”

Ella hid her face behind the big menu. I imagined how much she must be blushing behind that menu. This wasn’t the first time she’d referred to one of my relatives this way. Everyone in the Chinese half of my family is known by some two-syllable phrase signifying rank – Ku Ku, Kong Kong, Ee Ee. Ella had been appalled when she asked me what my grandmother’s name was and I couldn’t tell her. She didn’t ask before meeting my family on my Malay side. I still remember how embarrassed she’d been when she called my Malay auntie “Ee Ee” and everyone laughed.

“So what should I call you then sir?”

“I think I’ll have the fish ball soup”.

My grandfather smiled and looked back down at his menu. After a moment he looked back up at Ella –

“Look now, if you find the food too spicy, don’t feel shy to speak up. I’m sure we can find you something else… A sandwich, maybe.”

Ella looked at me and after a pause we both starting laughing. My grandfather had a sheepish look on his face, which he quickly hid behind his own menu.

“You know, Jason, it’s not exactly easy for me, coming here.”

We were on the balcony outside my apartment.

“But you’ve been to Asia before haven’t you?

“Yeah but this is different. I’m not just staying in a hostel and seeing the sights. I’m with you, driving around, buying groceries, visiting your grandparents. It’s like we’re trying to live our normal life, somewhere else.”

“Aren’t you having a good time?”

“To be honest I’m really not right now.”

I felt a glimmer of shame at the way I’d been behaving. For a second I saw these past few weeks as I imagined she was seeing them. Uncles, aunties, second uncles and second aunties, relatives whose connection to us nobody even remembered – all lining up to meet Ella, who they were convinced would be the family’s first daughter-in-law.

The taxi driver from the airport had tried to cheat us by switching off the meter when we weren’t looking, and I’d spent ten minutes arguing with him in Malay over a fair price. All the while Ella had stared out the window, looking up at that big, steel apartment building.. I know it must not have been what she expected of her boy from the tropics.

Ella looked like she was thinking hard for the right words to say. Her brows were furrowed like she was doing calculations in her head. I got the feeling that my behaviour that morning had shocked her, and that she was being careful not to step on another eggshell. I know it’s unlikely, but I also felt that somehow, she understood the real reasons for my outburst that morning.

“You should know too, El, it’s not easy for me either.”

“Well for one, when we visit your parents everybody looks at me like I’m some alien. And they look at you like you’re this alien’s tour guide.”

“Have you ever wondered Jason, that maybe they’re thinking how nice it is to see us together?”

Ella made a face that would have been angry if not for the tinge of disappointment in her eyes.

“You know what your problem is Jason? It’s not that you expect the worst of everyone – that I get. It’s that you expect the worst of people and then group them into little categories and boxes which in your eyes, they can never climb out of. It colours the way you see the people who actually care about you, the way you see me. And what really gets me is that after spending all this time judging and dismissing people, you don’t even take a second to consider which box you belong in, because I think you honestly believe that you’re exempt from any sort of judgement”.

I’d already started preparing a sharp response by the time Ella finished. When she had I couldn’t bring myself to say it. I didn’t want to believe that I’d made her feel that way. God knows she wasn’t ignorant or anything at all similar. She was probably one of the most open-minded people I’d ever met. When I first showed her the view off my apartment’s balcony, she’d been disgusted at the shacks used to house the workers at the neighbouring construction site. When she asked me about it, it took me a while to answer. When I did, she looked equally disgusted by my answer –

I looked over at Ella as we sped past a sign welcoming us to Perak.

She looked at me and smiled. I was hopeful that a few nights away from KL would do the two of us some good, would do her some good. The drive had been quiet for most of the way up to the Perak border.

I can’t guess what Ella was thinking, but that whole drive I couldn’t get the thought out of my head that the argument we were driving away from was probably exactly the kind of predicament she’d had in mind when she looked over to me at Melbourne airport the night of our flight and said:

“I’ve never been to Malaysia. Do you think I’ll be alright there?”

I’m not sure whether it was plain guilt or a more profound awareness of the validity of her concerns which I’d previously ignored, but those words echoed in my brain as I recounted the events of the past few days. They echoed so loudly that I didn’t hear the police siren until I noticed a flashing blue light bouncing off my side mirrors. I pulled over.

The police car stopped just short of my rear bumper, so close that I could almost make out the officer’s name tag just from his reflection in my rear-view mirror. The policeman walked over, and I wound my window down.

The officer bent over and peered into my car. Spotting Ella, he looked back at me, then back at her, before asking me to step out of the car. I obeyed, but not before quickly telling Ella, in lightning-fast English which I hoped the policeman wouldn’t pick up:

“We’ll be out of here soon. Let me speak to this guy.”

As I stepped out of the car, the policeman gestured for me to walk with him, glancing sideways at Ella to insinuate that we should be out of her earshot. We stopped about two car lengths away from where our cars were pulled over. I stopped walking as he stopped, and just as he turned around to look at me I pulled my wallet out of my pocket and asked:

Cover image by Deva Darshan on Unsplash. The copyright of this piece belongs to the author of this literary work.