SHORT STORY | Angel In A Turban by Lo Sin Yee

Man with a White Turban by John Singer Sargent

In the shade of some dripping palm fronds, I was sitting at the edge of a bench, waiting for my brother to pick me up. Many tall buildings of glass and steel adorned the area in the vicinity of KLCC, the busiest hub in the city.

My eyes, fretful with impatience, were searching for the rust-biege colour of my brother’s car in the river of traffic. A spell seemed to have been cast upon everything, pulling them along the road in opposing directions.

Suddenly, a strong singing broke my concentration. Amid the free-flowing crowds, the owner of the voice – a tall, thick-set Sikh came down the path-way with his head held high, the hem of his untucked, chequered long sleeved-shirt flowing and flapping gently in the wind around his dark slacks.

I could not make out the song that the Sikh man was singing, but the spiraling rhythm of the words suggested, perhaps, a folksong in his native tongue. Unrestrained by his height and build, the man’s pace was light and jaunty, keeping in tune with the song, oblivious to the pedestrians around him.

While returning my gaze to my cell phone, the singing stopped and a boom¬ing “Good afternoon, brother!” split the air. Before I knew what was happening, the large body of the Sikh sat down beside me, making me gasp, my eyes widening. He faced my protesting eyes with a penetrating pair of deep-set eyes. Seeing my mouth agape, he let out a guffaw, and said, “Don’t worry, brother. You’re very lucky today!”

“What do you mean?” I asked. What right did he have to intrude into my privacy?

“The star of good fortune is shining upon you,” the man said, tapping my shoulder with his large, hairy hand. “All the good things are in store for you this year.”

“Why are you saying that?” I asked, though I could not help feeling amused.

“If you don’t believe me, let me tell you how many members there are in your family.”

“Be my guest,” I said, still thinking about what he just said. I was starting to wonder though, was he a con man?

“Now, what can you see on this?” He took out a small piece of paper from his breast pocket and held it up.

“Nothing,” I replied, while several questions came fleeting through my mind, including what this guy was up to.

He crumpled the paper into a ball and thrust it into my hand.

“Don’t open it until I finish with my guess.”

I clenched the paper in my hand, feeling self-conscious as some passers-by looked at us.

“Now, showtime!” he said with a twinkle in his eyes. “There are five members in your family.”

“How did you know that?!” I burst out, surprised, impressed, too.

“Maybe I wasn’t accurate enough,” said the man, flashing a quizzical smile. He then added, “To date, there are seven of you, including your sister-in-law and a girl, your only niece.” He paused, as if giving me time to digest what he had said. “Am I right, brother?”

I made a gulping sound as I nodded with disbelief.

“You may now open the paper,” said the man.

I opened it, and my breathing seemed to stop altogether. The number 7 was scribbled on the paper.

“When—when did you scribble the number on the paper?” I asked.

I was totally blown away, unable to utter a word.

“May I have the paper back?”

My hand shook as I returned him the paper, which was restored inside his breast pocket.

Giving me a wink, the man stood up and asked for a donation. I gave him a few ringgits in appreciation, duly impressed.

“Thanks,” he said. “ It was enough for me to sit down for a drink.” Then, in a tone of finality, he gave me some advice, “Brother, to achieve more success, you have to get rid of some bad habits and stop all the unnecessary, convoluted thinking. Love your family with all your heart.”

I smiled and wished him a good day. Suddenly, he was gone! Like dollops of colours washed off a palette. Gone before my eyes!

Some dried leaves fell by the roadside. An extended Chinese family walked past: a middle-aged woman holding a baby in her arms, a young girl licking on an ice-cream cone, an old woman walking on a stick, a young boy with his hands buried in the pockets of his dark hoodie, and a middle-aged man pushing an elderly man in a wheelchair. There were seven of them, talking with one another in Cantonese. The leaves crunched underneath them as they passed by.

Struck by the coincidence, question after question rose inside my head: Who was this Sikh man? How could he have vanished without leaving a trace? My mind was still in a whirl as I watched the unceasing flow of traffic going left and right in front of me.

Could this man be an angel? An angel in a turban? Nevertheless he left quite an impression on me. He even made my day with his trick and the good news! Maybe some good luck would come my way as promised! Either way, he gave me a good story to share with my brother and with my family, too—all seven of us. 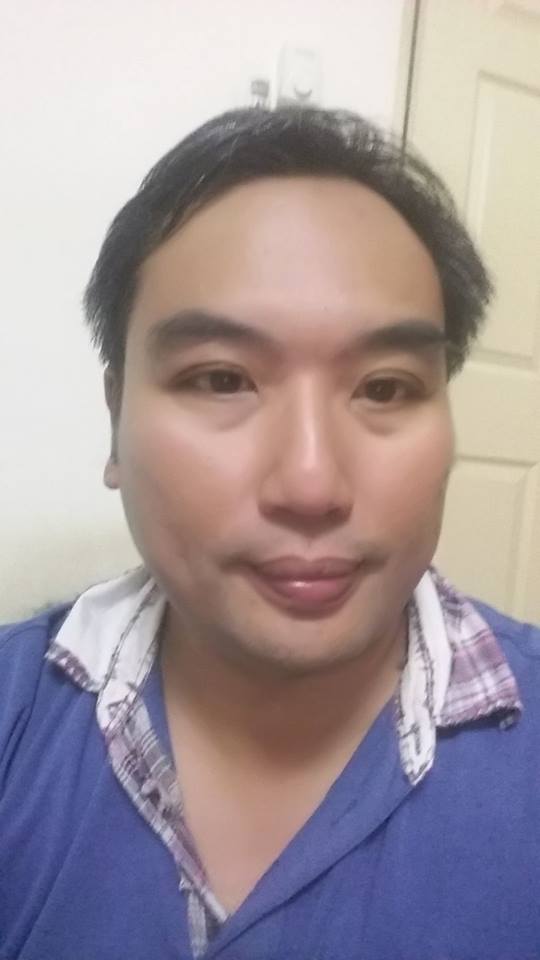 Lo Sin Yee is an English Language teacher in Miri, Sarawak, who loves to write, paint, read and cook in his spare time. Believing that there is hidden magic in day-to-day life, in writing he portrays how the underdogs grapple with numerous challenges in society. Lo is also a New Sarawak Tribune stringer, contributing articles and stories on education.