Shedding light on the plight of the Orang Asli through films

As I entered the dimly lit hall, it was as if I was walking into the dark truth on the future of the indigenous people of Malaysia.

Members of the audience spoke in hushed voices as the esteemed panel of film directors answered questions on challenges they faced fighting for the rights of the local indigenous people of their respective communities.

As an orang asli himself, Shafie Dris directed Abai, a film about the day-to-day lives of orang asli and how much of their lifestyle is reliant on land and on the environment. As many orang asli tribes still forage, having land designated for them to do so is crucial for them to continue their way of life. 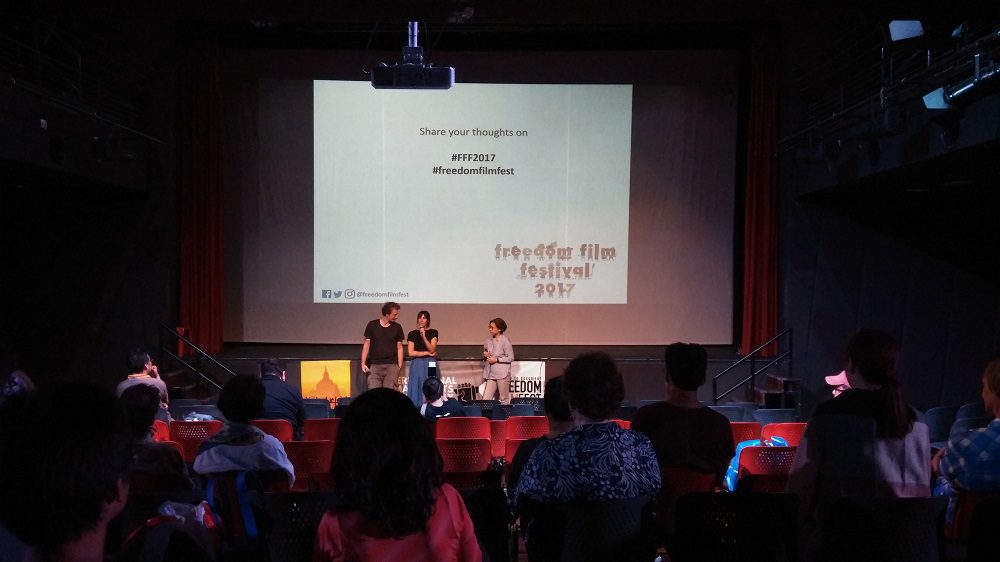 The way things are going, the government has taken action to assign land for orang asli to build homes, but there is slow progress on gazetting foraging areas.

The moderator of the Freedom Talk: Southeast Asia Land Rights – Ground Wars & Court Battles at the recently held FreedomFilmFest remarked that while Malaysia is celebrating its 60th Merdeka and ASEAN is celebrating its 50th anniversary since its founding, the people of the land have no cause for celebration as they continue their uphill battle for their rights.

So why is it so hard for these people? Why are we, citizens of the member states of ASEAN, unaware of the plight of those who share the same nationality as us?

Director of The Hope of Honey Hunter, Pinarsita Juliana, explained to the audience as to why films fighting for the rights of indigenous people in Indonesia receive little exposure. Due to heightened censorship on media in Indonesia, films like these don’t stand a chance at passing the evaluation. Hence, many filmmakers rely on social media platforms such as YouTube to get the message out there.

After a short break, we came back to Dawai Dawai’s first ever screening in Malaysia. Dawai Dawai brought the audience on a journey into the forests of Sarawak, into a village where a small group of the Penan live.

French film directors Caroline Parietti and Cyprien Ponson took the approach of showcasing how the Penan are capable of living with all that is provided by the forest and its surroundings.

Everything seemed peaceful as the film showed scenes of the Penan preparing dinner and the curious children wading in the river, occasionally checking on the cameraman.

Hidden behind these simple acts of living was the impending threat to their home. The Penan shared a map that detailed the widespread operations of timber companies who they feel have zero concern for the people who actually live in the forest and what effects mass deforestation can have on the environment.

Dawai Dawai was cleverly made, interlacing scenes of day-to-day lives of the Penan with the harsh reality that the Penan face. As timber companies took advantage of the grey area where they can conduct logging activities and what areas were considered off limits, the Penan were forced to take matters into their own hands by setting up barricades and making warning signs.

While the resolve of the Penan were worth applauding, they didn’t stand a chance when faced with the companies, and the Penan knew it as every step they took sunk deep into eroded soil.

The Penan featured in Dawai Dawai were resilient and quite humorous as they sang songs of their beautiful home, the companies (what the Penan refer to as the timber companies) and Taib Mahmud.

The closing scene was heart wrenching. It showed a Penan man watching helplessly as the companies continue their deforestation work with their harsh sounding machinery. 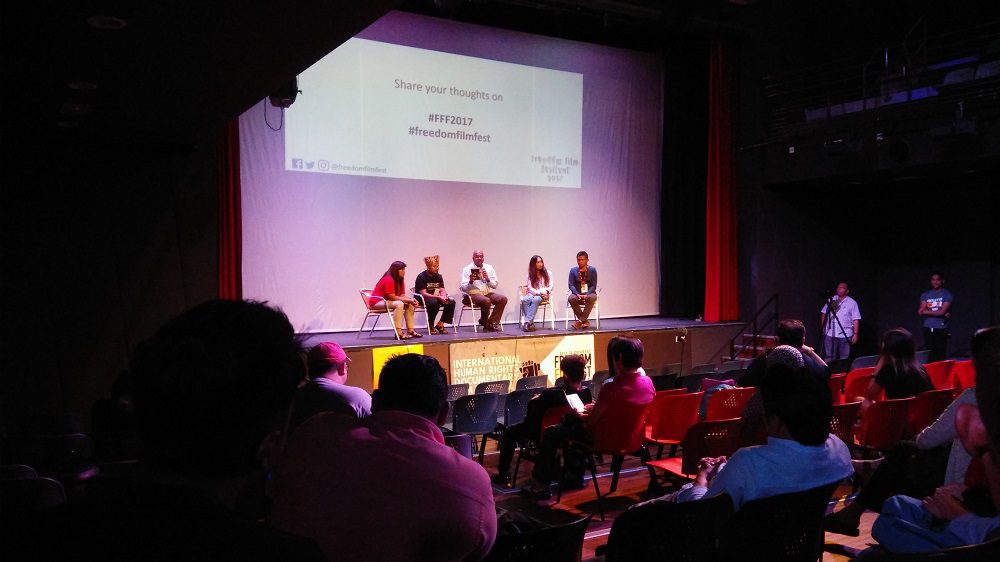 Caroline Parietti and Cyprien Ponson explained that Dawai Dawai is roughly translated to slowly or to follow the rhythm of the forest, and they were often told by the Penan to dawai dawai throughout the process of filming.

Caroline also revealed that communicating with the Penan was tough due to the lack of infrastructure, and news had to travel multiple times before reaching its intended recipient.

However, they shared that the Penan featured in the film are still standing their ground on keeping the companies out, but the forest is fast shrinking at an undesirable pace.

We’ve just celebrated Malaysia Day but is there really a cause for celebration as the people of the land struggle to get their voices heard? Comment below or send us your thoughts at [email protected].