The 3 Important Criteria To Get Your Music Noticed According To

Meet Santosh Logandran. He’s a go getter and is highly passionate about what he does.

Some of you probably know the sound engineer as the percussionist dude from Malaysia’s multiracial band, Nadir. But did you know that the 27-year-old is an amazing singer too?

We recently spoke to the talented musician who released a single, collaborated in a short film with Gavin Yap and HUAWEI, and is set to release his solo album this year. For those who haven’t seen it, shame on you. It’s so good!

Santosh has been busy working to get his music out there to the public. Turns out, it takes more than skills and passion to get a musician from point A to B. Read on to find out what is his formula which has worked for him and can possibly work for you.

So long as you’re consistent, that is.

Hey Santosh, let’s start right at the beginning. How did you get started in music?

As far as I can remember, music has always been a part of my life. My parents sent me for Carnatic music lessons when I was eight but I was already singing way before I started my lessons. My teacher was also my father’s teacher and she is the person who actually chose my name, Santosh. 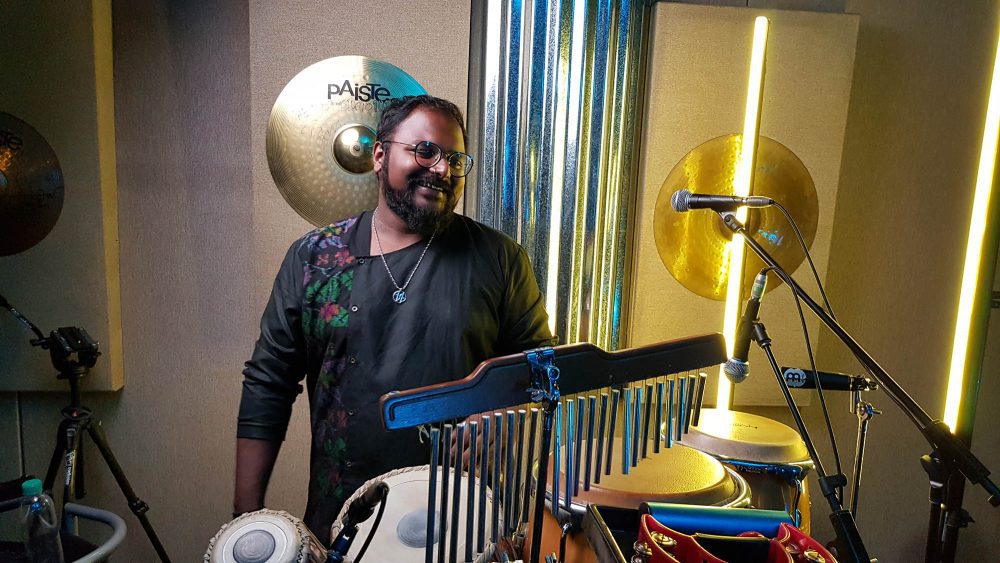 How challenging do you find Carnatic music as opposed to contemporary music? Why is it challenging?

To be honest, both are challenging in their own way. Carnatic music has more rules that we need to abide by, from the scales we sing to the rhythm structure and the language it is conveyed in. Classical music in general, including western classical music thrives on perfection. You got to practice till you get it. But it’s good practice because it cultivates discipline and also if you know classical music, you can adapt easily to other musical genres.

Contemporary music is challenging because it’s very much based on emotion. Be it blues, hip hop, rock and reggae, its all about the vibes. Vibes are not so easily achieved. You need to practice until you get it. You can try to fake it, but your audience will know.

Yen Di is your first Tamil single? What does the word mean and what is the song about?

Yen – why, Di – a colloquial way of addressing a girl. Yen Di, is a fun, teasing love song I wrote for my partner inspired by cute moments in our relationship. In simple words, the synopsis of the song is, “Why are you teasing me girl? I’m falling for you.”

Nice! What else can music lovers expect from you in the coming years?

Yen Di is really special because it is my first Tamizh single and its the start of my Tamizh music career. On the 18th of January 2020 I will be releasing an album titled In Pursuit of Santosham.

Oh nice! What served as inspiration for the album?

Well I’ve been a musician for 10 years. I’ve performed with a wide range of musicians and artists. I’ve always been a supporting musician. I love it but I felt it’s now time to tell my own stories. This album is an ode to all the women in my life.

I have a song for my mother, my grandmother, my nieces, my girlfriend and one special track for all women. Why write an album about the opposite gender? Well why not? I love and admire women because they give life, they nurture, they educate, they feed us, they look out for us, and most importantly they are sexy AF!

So when you get the album, all the songs are named after someone in my life. You can buy the album at the launch, January 18 2020 at GMBB Event Space g. Event starts at 7.30pm and it’s FREE! 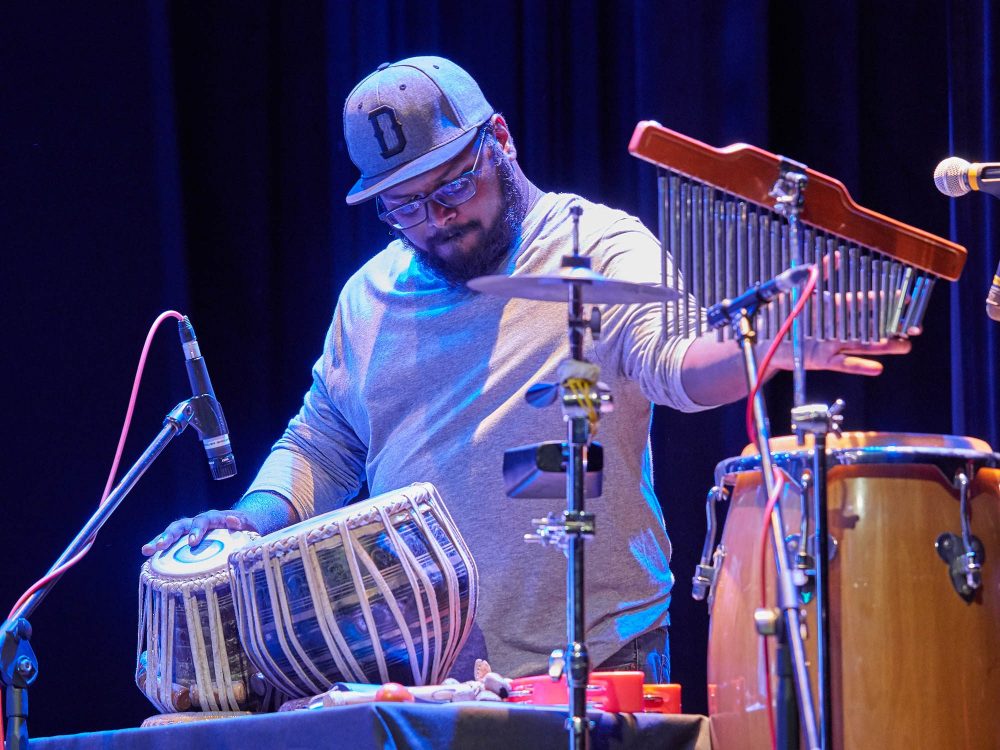 Since you’ve been in the industry for a decade, how can the local music industry improve?

For me the only problem with the music industry is that there isn’t enough local support for local music. The radio stations barely play local music and it is truly a challenge to get your music to play on the radio. Yes, of course we can upload our music online but the internet is such a huge platform. It’s either you do something that gets you viral or you pay your ass off to get your music on Spotify playlists, to appear as ad’s on social media and so on.

Thank God for independent online magazines, if not for their support it’ll be impossible for young artist to get their work out. Basically, the radio stations, festival organisers and the media control what the people like and don’t. All we ask for as young artists is to give us more support by playing our music on air, giving local talents to perform on the main stages and so on.

What are some tips you can give to budding musicians who’re looking to get noticed by the media and people?

We all have to pay our dues, perfecting your craft is not enough anymore. You need to go out, play shows that you don’t necessarily enjoy, play music that you don’t like. Why? To go out and network. Networking is so important as an artist. We need to meet people. After performing we have to walk up to the audience and talk to them, create a relationship. We have to perform and perform and perform, that’s the only organic way to get noticed. Releasing music is not enough.

We also need to follow through, that means writing to TV stations for interviews. We have to play original music at open mics, go to jam sessions, apply for music festivals. Whether or not the organisers pay what you ask for, it doesn’t matter, you just play. BUT NEVER PERFORM FOR FREE IF YOU’RE AN ARTIST WHO HAS BEEN IN THE INDUSTRY FOR TWO YEARS MORE. Newbies who just started it’s fine to perform for free because you want to gain experience first. But don’t be an idiot and continue to play for experience after two to three years of performing. It damages the industry’s rate and eventually we all will have to cut our asking price because of musicians who perform for below market rates. 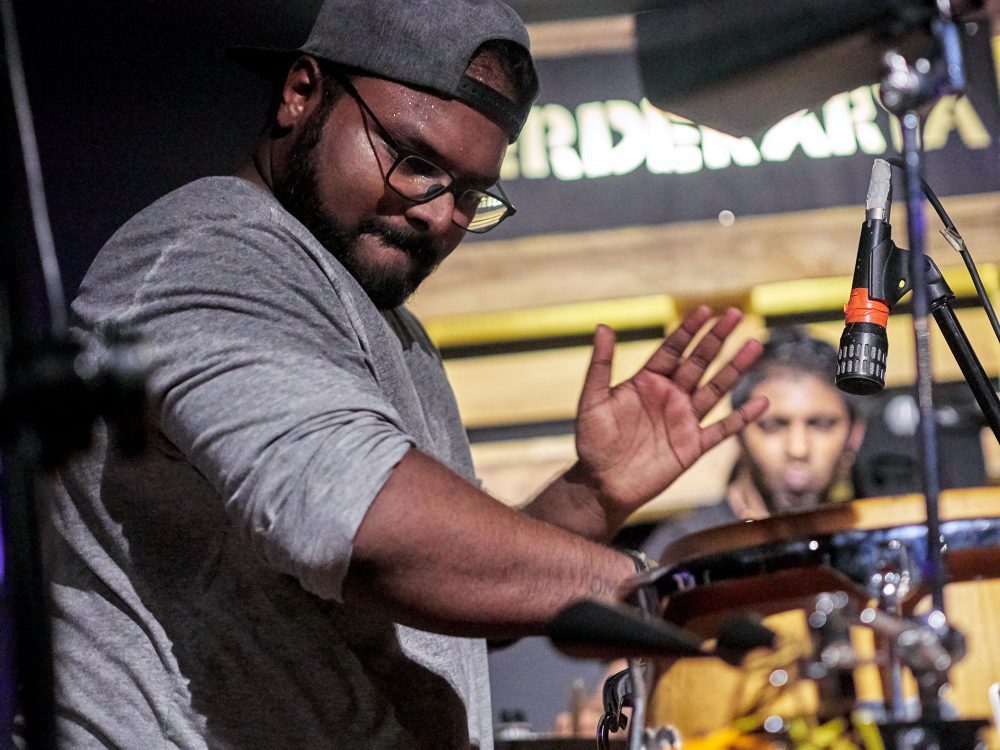 Another important note is to have an artist profile. This helps when applying for big festivals and also for news write ups. It usually starts with nothing but as you perform more, your artist profile will start looking pretty cool. Trust me, I couldn’t believe the work I have done for the last 10 years.

In short, the formula is:

I can’t stress how important networking is because somehow, someday, you will meet someone who believes in your work and will help you in a way you never knew you needed help in.

I AM SUPER EXCITED TO ANNOUNCE THE RELEASE DATE OF MY 1st ALBUM! 🥳 It would be an honour to have you at my album launch ❤ IN PURSUIT OF SANTOSHAM . . 18 January 2020●GMBB EVENT SPACE●7.30pm●Free Entry . . #INPURSUITOFSANTOSHAM #YenDi #santoshlogandran #fusionmusic #malaysianmusic @nadirstudiosmalaysia . . Artwork by @blankmalaysia

Final question. How has being part of Nadir helped you music-wise?

My band Nadir has influenced my work tremendously. I owe it to these guys for helping me hone my skills. They taught me so much in terms of production and composition. They also gave me the confidence to do music that is true to my self.