How To Tell Stories That Live In People’s Memories?

Storytelling is an art.

From short stories, novels, comics, films, music, and even theatre, the question on many who dabble in storytelling has always been about: What makes a good story?

Throughout his journey as a storyteller, Ridhwan has produced several novels including Cekik (2011), Amerika (2011), Mautopia (2012), Stereo Genmai (2012), Babyrina (2014), and Brazil (2015). Ridhwan is also the producer of a series of short playlets, Teater Modular, and he is also the brain behind Teater Normcore, a series of full-length theatre works based off his novels.

In the local performing arts scene, Ridhwan is well known for Hamlet Fansuri, a piece that deconstructs William Shakespeare’s renowned work, Hamlet. When he is not writing or telling stories, Ridhwan also helps co-ordinate Wayang Budiman, a Shah Alam based film screening club and Pesta Playlet, a non-profit common ground powered by artists.

So, as you can tell, Ridhwan knows a thing or two about telling stories. We recently got in touch with the multi-talented (and possibly multi-dimensional) storyteller on his art and craft and his upcoming stage play, Masam Manis which received the Hai-O Arts & Culture Grant.

Hey Ridhwan, you’re currently one of Malaysia’s most promising storytellers around. When was the first time you fell in love with storytelling and what is it about storytelling that you like?

I started making short films in 2007, became a novelist in 2011, and began dabbling in theatre since 2017. Storytelling is what makes us somehow unique as human beings. I’m not sure if Artificial Intelligence would have the capacity to tell stories to each other in the future. By that I mean to truly tell stories and not exchange data per.

To answer your question, actually I didn’t fall in love with storytelling. Instead, I like to think that we’re all born into it. What I like about storytelling is that you need to ‘listen’ (listening and hearing are two different things). Most storytellers are listeners in the first place. Because if they don’t, they won’t be able to retell the stories they hear. I’ve experienced Deep Listening an album by Pauline Oliveros released in 1989, and read her text score book, Sonic Meditations which was published in 1971 to which I recommend to others.

Do you remember the first story you ever told?

It’s hard to remember yourself in the act of telling stories. I always find it easier to remember stories told by other people. But to answer your question, I remember a written exam that I took in secondary school sometime during the ’90s, where I inserted a pop culture and MTV reference. I wrote more or less the same essay for the Malay and English language classes. It was free flow and filled with improvisations. I got A or B for English, but D or E for BM.

Where do you normally get your inspiration from for your stories?

Anywhere, nowhere. Sometimes you try to catch it, most of the time you just wait. Stereo Genmai’s dream-idea continuum, perhaps?

In your opinion, what makes a good storyteller?

Mastery in the language a story is told. Each language that exists in this world has it’s own unique form, structure, game-play, nuances, tone, texture and sound. A good ear maybe? A good storyteller should know if their story is being told with the right beat or rhythm. It should evoke something inside of us. Poetic mystery.

Can you share with us some of the systems or processes you usually use when it comes to creating your stories be it for film, theatre, or literature?

Each project has different approaches, but lately I try to finish the work in my head. It means that I don’t type, write, or even sketch out the idea unless it’s fully developed in my mind. I think and rethink it everyday. It takes time, but I find this approach workable for me. Some idea take years to develope. Sometimes it’s just a matter of combining and synthesizing two or more ideas together.

In terms of stories, the most crucial part is the ending. I got this from Edgar Allan Poe. Sometimes it’s easier to write once you know where exactly you’re going. You can always start your story anywhere, but to know where and when to stop is important, because it’s the point for your listener, reader, and audience to grasp the whole meaning of the film, play, and novel. It’s the point where your story is no longer your story but the listener’s, reader’s, and audience’s. It will linger forever in their imagination.

What is your opinion about storytellers being immortalized for the stories they tell? Do you strive to be immortalized as well this way?

It reminds me that our Sun will cease to exist one day, and our cosmos will expand at the speed of light where Time no longer exists.

Can you please share how you got started with Teater Nomcore? How did the whole journey begin?

In January 2017, four book publishers including us at Moka Mocha Ink, planned to launch our book through a theatre performance. I used this chance to direct one of the Teater Modular playlets and I realized that to direct a play is not the same as directing a short film.

In a short film, the process is more mechanical, in the sense that you capture a fleeting moment using a camera and you’re in control of the final image output. With theatre, however, you’re directing a living actor, and somehow you can’t exactly control the actors’ performance during the show. Theatre is not about image-making but instead a constant conversation with your actors and collaborators.

I started Teater Normcore in order to direct my own play after watching my Teater Modular playlets directed by other people. I learnt a lot from them by watching their directions especially from Walid Ali and Qiu Qatina (both of them directed a few playlets from 2017-2018). It’s very insightful to see how a certain direction or intepretations are given to your texts. It makes me realize that there’s a specific tone or style that I want to explore in a live performance: How to express oneself through other peoples’ living body.

Let’s talk about your upcoming project, Masam Manis. What inspired this play and is it sci-fi?

I watched MASAM-MASAM MANIS (1965), one of the earliest Studio Merdeka film by P. Ramlee when he arrived in Kuala Lumpur (before that he was with Shaw Brothers in Singapore), and I realized that this film uses space to symbolically portray a relationship. It has a ‘theatre set’ quality to it. The story also has a ‘Shakespeare misunderstanding’ element in it, which is very theatrical in nature.

My play Masam Manis is not an adaptation, but more of a homage, or ‘in spirit of’ the original film. In Masam Manis, a dating app technology serves its customer in a form of a person (an android?) with A.I. The sci-fi elements are embedded in the narrative, but in term of direction, I will not give too much attention to it. It’s in between lo-fi and sci-fi. More attention was given on how the ‘theatre set’ (inspired by the film) splits our persona through public and private space, within the lodging rooms situated on the left, right, front, and back. While Masam Manis is all about ‘Space’, it has a twin in the form of Teater Normcore’s upcoming title Odisi Romansa, which is all about ‘Time’. This will be a full-blown sci-fi theatre piece.

You’re known for inducing surreal elements into your stories and plays. Would the audience be able to expect the same? Also, what is it about surrealism that you enjoy?

Dreams are part of our living experiences, our reality. Your nightmare is not real, but it is real during the nightmare. It’s the same with our realistic or materialistic perception of life. It feels real because we’re living it. What I like about dreams is that the images or symbols and atmosphere is so vivid that you remember it even after you’ve awaken. It’s nice to bring out a certain sense of surreality and bizarreness especially in a play or live performance, to distort the perceived reality.

You need something nonsensical to constantly check your senses (like watching Luis Buñuel’s films, or René Magritte’s artworks, or reading Haruki Murakami’s novels). It’s doable in literature and cinema, because words and recorded images or sounds reside in a more conceptual and abstract form (when a person utters the word ‘chair’, we all have an abstract ‘chair’ in our mind), it has a certain distant.

But with theatre and live performances, you’re sharing the same spacetime with the audience members. To invoke something surreal is actually harder in a living environment, therefore expect nothing and everything.

I have no interest with surrealism (the movement) but I get it when people claim that my work has a surreal, dreamy quality about it. This surely has something to do with my outlook on Life itself. What I like about this surreal quality is that, it can’t exist by itself. You don’t create something surreal for the sake of making it surreal, it will fail miserably. Something surreal exists under the aegis of your realistic everyday situations. A tiger appears in your nightmare, that tiger exists in real life too.

Dreams, like poetry, is an effort to simplify something far more complex. Surreality is one of my tactics in conveying an emotional truth. 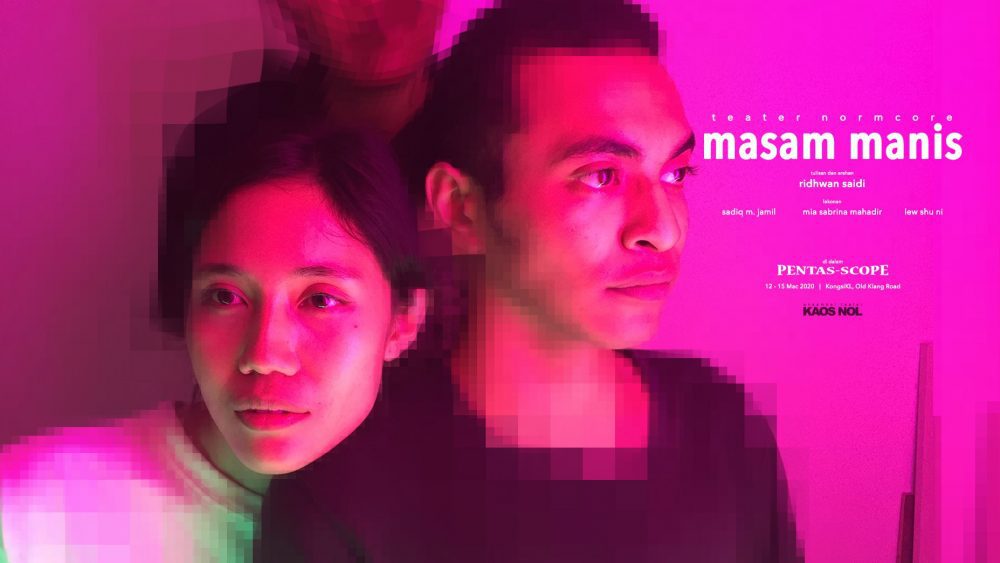