Rhymebo0k And The Rise Of Sarawak’s Underground Rap Scene

All images by D&A Photography

Way back in 2016, when I was still working 9 to 5 and figuring out ideas to set up Eksentrika, I met Rovella Pleant Kapple @ Belle aka rhymebo0k.

Belle was among the few who was human compared to all the robots in the office. Because of this, I was quickly able to connect with her and we got along fine.

During days when I had a tough time at the office, the cigarette breaks with Belle greatly helped. I remember showing Belle the first concept for Eksentrika and loved the fact that she had encouraging feedback to give – a rarity for me, back then. I made a promise to her then that I will write about her. This is me keeping to the long overdue promise.

Now, the 32-year-old is artistically tuned. In fact, the writer has another side to her. She’s a really good singer-songwriter and a rapper. In the scene in Kuching, Sarawak, she calls herself rhymebo0k. She is among the many underground rap artistes in Borneo, specifically Sarawak. 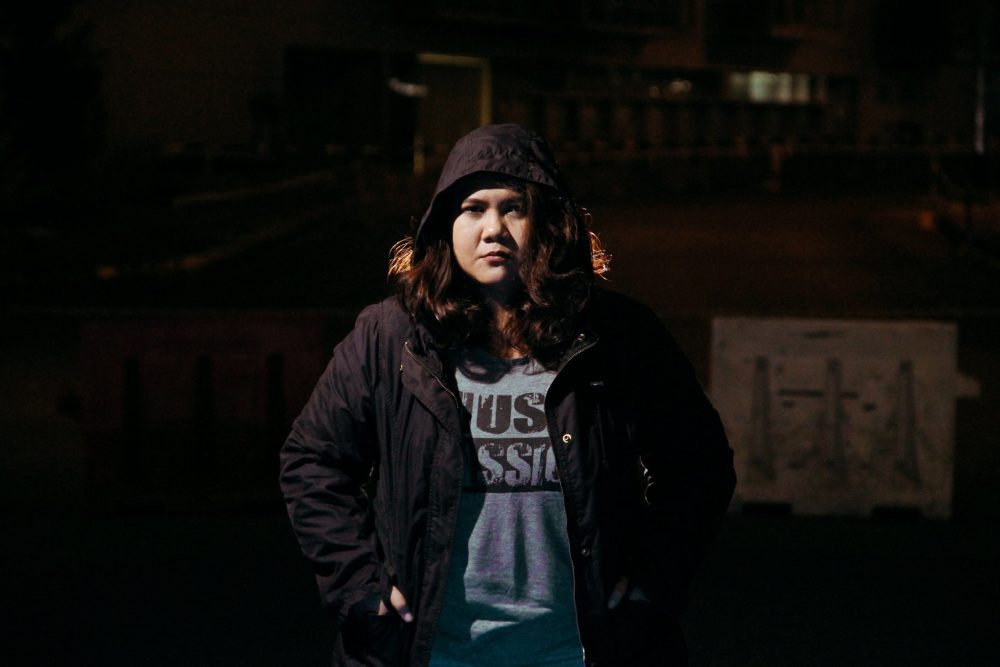 Heya, rhymebo0k! I remember we had this conversation about chasing our dreams and ambitions during one of our smoking sessions in 2016. However, for the sake of our readers, could you share when you started developing the interest to sing and rap?

I was around 3 or so when I started singing. It has always been there because I come from a family of musicians. My paternal grandparents used to sing. I grew up watching my dad and uncles singing, playing in a band and creating music. All of my sisters and a few cousins are musicians as well.

As for rapping, it just happened. It started with poems and songwriting at first. I woke up one day and decided to rap what I wrote. I was between 8 to 10, I think. But honestly, it wasn’t hip hop or rap music that triggered me. It was those few seconds of rap in pop and rock songs. I was young and found that to be extremely interesting. I’m a sucker for pop music especially the 80s, 90s and early 2000s pop music, along with R&B. Rock music too thanks to my dad. I don’t really listen to hip hop. Not then, not today. In fact, I know very little about it, to be honest.

My actual music-making journey began in 2004 with my cousins. We had a group called TruCkerDreelz. We co-wrote and co-produced five songs. I still have the songs. In 2007, I went solo because I was going to college away from home and everyone else didn’t seem like they wanted to continue making hip hop music. From then on, I’ve had collaborations with a number of people. Most frequently, other independent hip hop musicians such as Son of Age, Sleezy Moss and Nutty Slicc. Sleezy Moss, Nutty Slicc and I then formed The Unstoppable Inc. in 2011 and have so far released 2 mixtapes called Dream of Hopes (2011) and Borneo Gliders (2012).

I popped outta my mom. And the microphone was handed down to me. I assumed the universe just wanted to hear my voice. However, it is the swag and the bravado they are into. 🦚 But… In the end… It all comes down to… PRACTICE. 🦂 At this day and age, the rap game is like a cordless microphone. And I have just been watching it being passed to one and the other without quality control. 🐙 Then again… What is quality? And what is control? 📸:@dna_ph0t0s

What were some of the stumbling blocks you faced? Any naysayers who crossed your path and told you to do something else? How did you overcome these hurdles?

Stumbling blocks, naysayers… A couple, yes. But I never paid attention. I never cared about all the negativity thrown at me. I just do what I want and like to do. Making music is the one thing that I do where I don’t have to answer to anybody but me. But when I was younger, I did have the fear of no one liking my music. This fear was only temporary though. This was when I was still in TruCkerDreeLz. After that, I stopped worrying.

I’m also my worse critic. The second worst critics are Son of Age and my sisters. I’ve made some cringe-worthy songs too but I don’t regret making them. I would cringe but they entertain me whenever I listen to them. You need to be able to laugh at yourself sometimes, you know. 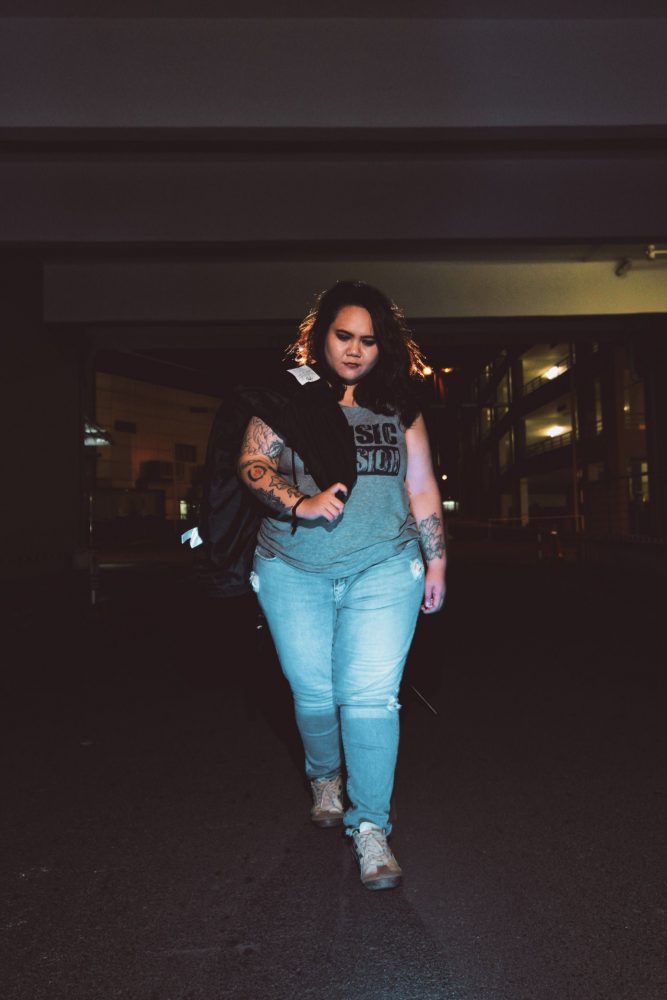 What inspires you to rap and what is the process like when it comes to creating your songs?

My R&B songs are of course usually about love and relationships. My recent release – Quake – is about religion and politics and it is also inspired by the show Agents of S.H.I.E.L.D. Do you know that I even DMed AoS’s Instagram handle the YouTube link of the song? They never responded to me though. Hahaaa!

I don’t think my creative process is any different than most people. It really depends on the situation. Sometimes beats and melody comes first, sometimes the words. It’s one or the other. But both will happen randomly at random places. The bathroom is where most of the things you hear from me were born. If I was at my workstation, I’d sit there for hours until my ears hurt from the headphones. I’d cancel all my other plans when I’m in the mood to cook up something new. Also, I don’t believe in getting high to be creative but I’m pretty sure many will beg to differ.

Beat making usually begins with the drum beats. Most complicated because I’m using a software called Cakewalk. Yet it is also my favourite part. I spend a lot of time creating my drum beats and percussion. Also, this may or may not be guided by a melody that’s in my head. But, that’s the order, drum beats first. I’d be excited for at least an hour. I’m not sure if anyone feels the same but creating drum beats and percussion excites me to the point where other people’s drum beats can be sometimes be a pet peeve to me. It will drive me nuts. Like how people who say “literally” when what they mean is not literal drives me nuts.

In terms of songwriting though, I’d write out snippets of lyrical ideas, usually on my phone. It doesn’t matter whether I was pooping at that time, or in a middle of a conversation, in the car on the roadside or at the traffic light, while watching a Hindi movie or frying fritters. I’d just take out my phone and start typing. Sometimes snippets, sometimes a whole song. I don’t have an actual physical rhymebook. Everything is on my phone. One time I freaked out when I changed my phone. I got the content cloned but I couldn’t find the notepad app because the icon looked different. It was right in my face. It was one of the worse 15 minutes of my life. I almost cried real hard.

For video production, well, that’s a whole other story. I don’t use a storyboard. It’s all in my head as I direct, shoot and edit. I’d debrief my ideas and just allow things to happen naturally for me to put the pieces together later. If I need more footage, I’d shoot more. Video production is new to me but I’m exploring stuff. So, maybe I’d have a different process for this the next time.

Are you working full time while rapping? How do you juggle both worlds?

Yes, I used to, for seven years. I’m currently on a sabbatical to realign my thoughts and emotions. One needs to get those two in check when one feels or think that one is lost and need to do some soul searching. Also, I’ve had health issues. But my break has nothing to do with my disability of juggling work and music. I juggled it pretty well. My colleagues and bosses knew that I was also making music on the side. They never had a problem with that. I mean there was a career that I earned a decent amount of money from and there was music that made me happy. 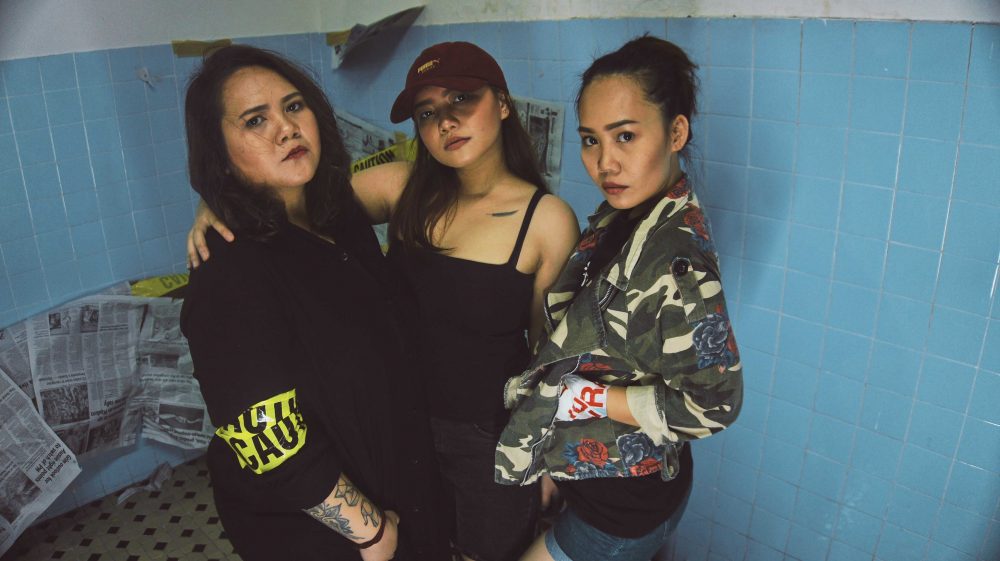 Could you share how many original music you’ve done and were they all rap?

I’ve done many. Probably over 50 songs over the course of 15 years, but not all are available. I’ve released a lot of songs on my Soundcloud since 2007 but at one point I decided to delete them all. I went through a phase and yeah, with one click, they are all gone. But I did release an album on digital platforms like Spotify, iTunes, Deezer and a few others in 2013 (Rhymebook) and eventually another one in 2018 (The LOV Era). Both albums carry different sounds. They’re not very hip hop-ish. There is pop, rock, R&B, dance – It’s not something a hip hop purist would approve, I guess.

But you know, I’m a sucker for pop music and a worshipper of the Spice Girls and I enjoy listening to other music genres as well. I don’t like to limit myself. It just kills my creativity and hold me back from actually expressing my true self.

Any plans to release an EP or an album in the near future?

Currently I’m working on my third album, The Riot Act. However I have a habit of releasing singles instead of putting everything in an album. It started with Hard Knock in December 2018, Monochrome Tale in February this year which featured two of my sisters and recently Quake which featured Dean from the underground metal band Tanak Bihis. This track was released on the 1st of May. All three went on YouTube first because I decided it was time to put a face to rhymebo0k. At the same time, I’m also working with Sleezy Moss on a project called Project D.U.O.