In a secluded alley of GMBB mall, just as the evening started, I found myself entering into a portal of another world.

It was of another time and another place, at least, it felt like that despite small bits of cellophane tape glittering at me from the edges of traditional Chinese stickers and streamers on the wall.

But it wasn’t the Chinese lanterns that evoked the old world charm, nor the beaded curtains or antique looking dresser and chair inside the small shop lot, with shutter doors drawn down.

If anything, the presence of a bed in the middle, covered in pink, peekaboo muslin and lace, dim orange lights awash; only created a most intimate and even sexy atmosphere to be with some 20 or 30 other spectators…who in fulfilling the special request to turn up in traditional garb, contributed to the overall ambience in their baju melayus, cheongsam and saris.

I didn’t know a single person at the space but somehow everyone’s smile felt familiar. A guy in front of me turned around to ask me if the tall, pointy ends of his Tanjak or Malay headdress was blocking my view. I said “no” and felt so touched that he should have bothered about my comfort like that. Not that it isn’t Malaysian culture, but well, for me lately, it’s been rare. I guess face to face is not so much like Facebook. 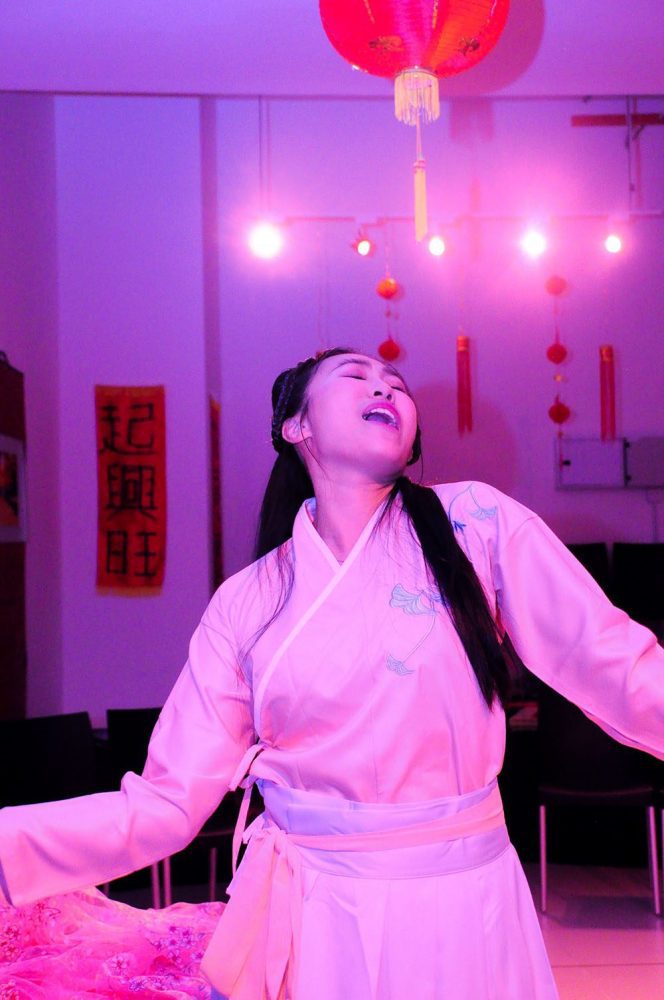 The show started when a pair of sultry eyes winked me as he then proceeded to twirl on someone else’s knee.

It was the narrator and director, Shafeeq Shajahan whose vivacity was difficult to ignore.

The performance hadn’t technically begun, yet I was already drawn in to watch his every move.

Lady Hwang, played by the gorgeous Cheryl Chitty Tan, entered into the scene ever so subtly but when her sensuous lips formed an “O” to sing, pleasant shivers ran down my spine.

Until now, her melodious voice rings in me as I recall the haunting tunes that accompanied the two hour or so show.

The skit unfolds in three acts, telling the story of two women and a eunuch, over four years between 1864 and 1867.

It’s set in Georgetown, Penang, as the title “Penang Riots” give away, but I imagine the tale would not have been out of place if it were set in Taiping, during the Larut Wars, with the rivalry between gangster clans Ghee Hin and Hai San.

Being a Perakian, perhaps I paid more attention to the history lesson for events that occurred in my state. Despite being a Malaysian, I have to admit I was ignorant about the Penang Riots and had to Google to learn the extent of the power, influence and presence wielded by Hakka, Hokkien and Cantonese secret societies, as they muddled together in the local geo-politics of Malay rulers, Indian protests and meddling British residents.

These points of references to true events in history are great trivia but it was the fictional drama surrounding Lady Hwang, Opal her handmaid, played by Melissa Ong and the eunuch character by Phraveen Arikiah that weaved into my psyche a sense of connection and relatability.

I may not be a tin tycoon’s daughter, desperate for her husband’s attention and approval but I can understand Lady Hwang. Her feelings and circumstances are not trapped in a time warp long forgotten.

Lady Hwang’s relationship with Opal and the eunuch are far from #bff goals but those dynamics exist even in modern context and I have to say, beautifully delivered by the cast and crew. 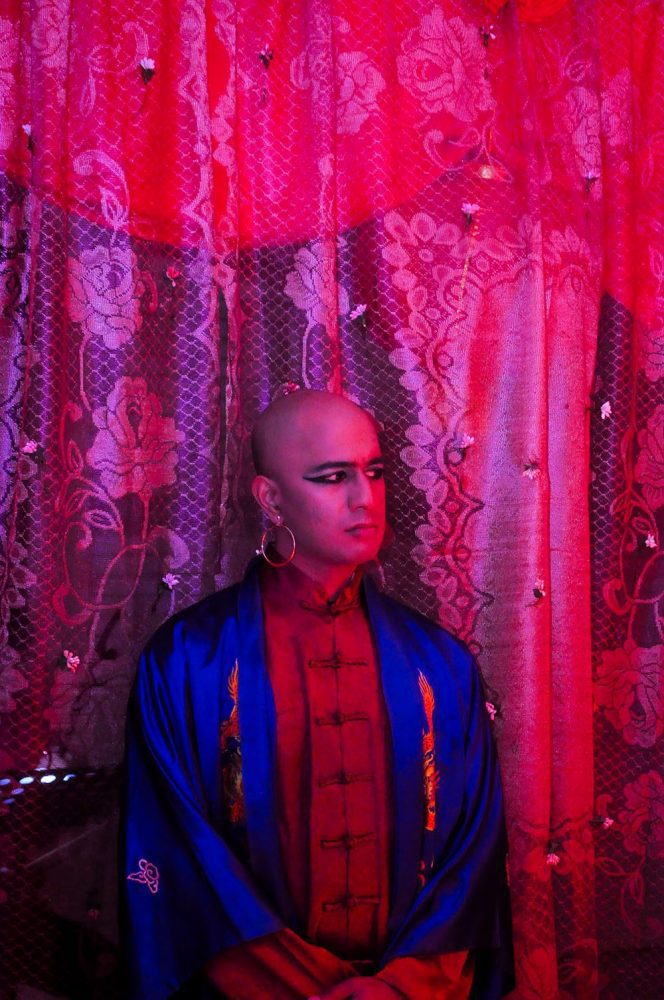 Despite being, essentially, a period piece and a live performance no less, I found my attention captured as it would be for a television drama or Netflix series. Only difference is that the intermission breaks, were a welcome reprieve to visit the toilet or catch a slice of angku kuih or two. (Chinese tea, local kuih and Super Rings were the foods served to guests, how much more Malaysian can it get right?)

If they did make it on Netflix, I’d watch. Just because by the end of it, I found myself wishing Lady Hwang’s character to show more anger at her situation. I know I was seething inside.

If what I’ve written has whetted your appetite for the storyline, well I truly hope Liver & Lung would stage it again. and again and again.

The lyrics and dialogue for Malaya Relived: The Penang Riots, combined with memorable soundtrack composed by Ian Skatu, skillfully delivered by Mariamlisa Zainal Abidin on cello and Liau Roufan on the erhu created a lasting impression that made me wish the performance would run longer than only three days.

Have a review for a local show or film you caught lately? Read our FAQ here and drop us an email at [email protected]