BOOK REVIEW | Ho Khong Ming’s The Tiger and the Leopardess

The Tiger and the Leopardess is a unique novel with an interesting history. In its preface, the author mentions publishing its earlier edition with the now defunct Partridge, a pay-to-publish outlet that had been acquired by Penguin Random House. Paying to publish (or vanity publishing as it is sometimes derogatorily called) is a form of self-publishing that hasn’t been regarded kindly by some members of the reading public, it gives authors the freedom to work with diverse material that conventional publishers may be less willing to take risks with.

The Tiger and the Leopardess is one such book. Now published by Gerakbudaya, it is a rare gem in the rough. While not without issues this story (of two wild animals that learn to rely on each other to survive human threats) fills a rare but much needed niche in the Malaysian English literary landscape.

Ecocritical approaches to creating and thinking about literature have not gained as much ground as other approaches to criticism. The absence of creative work that are related to the environment and discussions related to such works reflects our own thoughtlessness about the environment. We readily discuss issues related to money, politics and society in our literature and art, but few of us think of the planet and its living inhabitants, much less create art that reflect our relationship with it.

If one of the qualities of a good literary work is in its ability to grant a voice to the voiceless, The Tiger and the Leopardess grants a voice to the creatures that inhabit Malaysian jungles. In the story, the lives of an aging tiger and a female leopard are threatened when a tiger attack on a human child occurs. 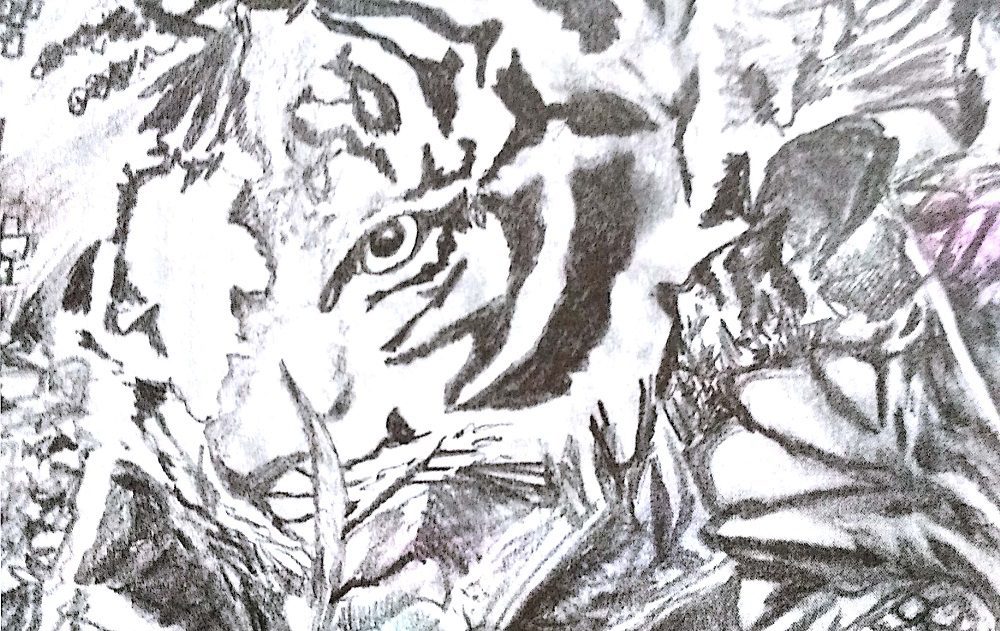 The first half of the novel is spent in a world devoid of human presence. It is the world of the Malaysian forest reserves of Bukit Bakar in Kelantan, perceived mainly through the eyes of either the tiger or the female leopard. It is a verdant world rich with life, and we, the reader, are taken on a tour through this silent but vibrant world. The novel is at its best when it is decrypting the inscrutability of the Malaysian forest in this manner, such as in this excerpt:

‘This time at the stream the tiger noted many signs of activities of other creatures. Daytime brought out the diurnal denizens of the jungle and they had left their marks…As he stooped to drink he noticed the three-prong tracks of a rail on the sandbank on the other side of the stream. The footprints were far apart, suggesting the big strides of a terrestrial bird running a hurry from the stream into the jungle… The bird must have been foraging in the stream and scampered off into the protection of the trees and shrubs at his own approach. What was the bird looking for? There were transparent shrimps hovering over the many-coloured sand at the bottom of the rippling water…The bird would have been better off picking off snails behind the weeds that grew on parts of the banks, or the freshwater crabs that hid between rocks and pebbles.’

In addition to these descriptions of a glorious and little-understood world, The Tiger and the Leopardess also opens every chapter with mesmerizing illustrations of the tiger and female leopard by the artist Kok Yew. These illustrations serve as visual reminders of the majestic creatures that the protagonist and deuterogamist of this novel are.

When the humans do take centre stage in the second half of the novel, their gracelessness are a stark contrast to the former’s quiet gracefulness. The human characters – mainly inhabitants and civil servants in small town Malaysia – amble around, get into sporadic bursts of excitement, and seem mostly unfocused in their engagements. In doing so the author has followed a common convention of contrasting the world of humans and wild animals by presenting the former with less grace and dignity than the latter. 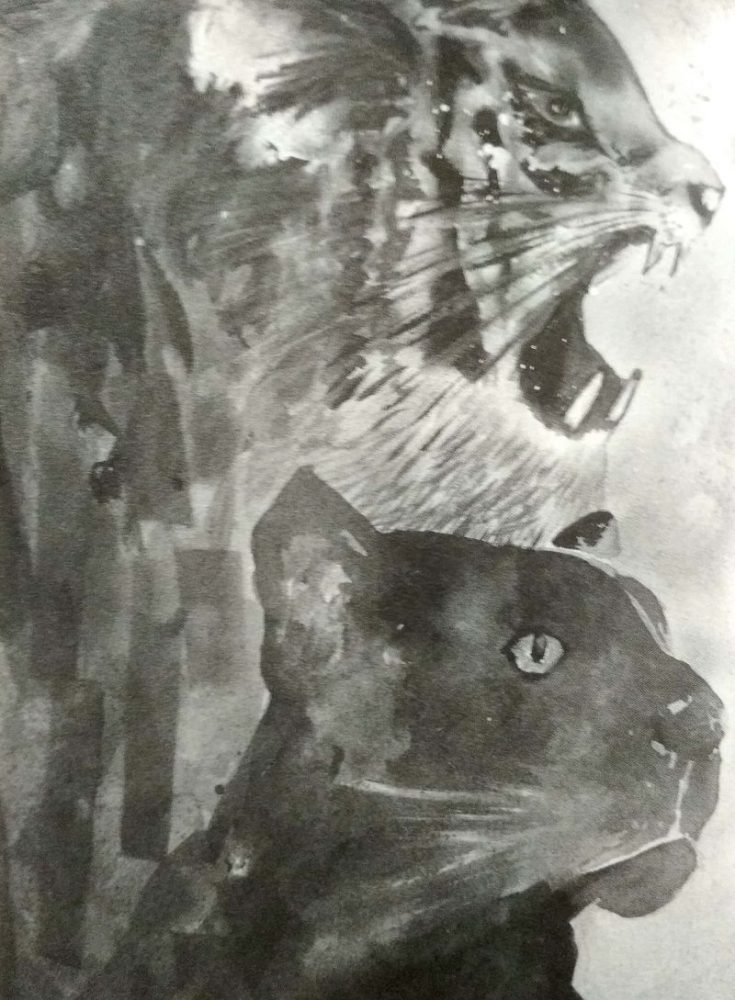 It is here that we encounter one of the novel’s arguable shortcomings: the narrative voice in The Tiger and the Leopardess occasionally slips into that of a knowledgeable naturalist’s, and while the voice works well in depicting the ambling and laid-back life of the humans in rural Malaysia, it occasionally affects the reader’s immersion in the natural world presented in the earlier chapters. The other possible point of criticism is the human language and traits used to explain animal behaviour: at one point, for example, the leopard wonders about the tiger’s generosity in sharing prey with her, and wonders if the tiger is her ‘sugar daddy or guardian angel’. Animal anthropomorphism has always been a question of suspending disbelief; for me at least, some of these expressions are more suited to the crude behaviour of humans than the beauty and majesty of these beasts.

Yet these are minor issues compared to the understated significance this novel offers to the Malaysian literary scene. Nature, much like the animals that serve as the main characters of the story, does not speak in the language of humans and is voiceless against our intrusion into their shrinking world. Yet their survival as a species is crucial to the biodiversity that supports us. This novel has given the animals of the Malaysian natural environment a voice, and it is a voice we need to listen.

Ho Khong Ming’s The Tiger and the Leopardess  is now available at all major bookstores nationwide. Read a local book recently? Drop us a comment or send us an email at [email protected] to share your thoughts with us!