Reality is not as it seems in DUALITY

Entering the PAM (Pertubuhan Akitek Malaysia) Centre for the first time, and at night, was quite an eerie experience. Maybe it was the lighting – or the lack of it – that the team prepped to set the tone for the piece.

A spooky entrance of a veiled lady carrying a single lighted candle walking across the ground floor and up the stairs signified the start of Duality; an immersive experimental theatre and beckoned spectators to follow her on an exploration throughout the building.

We were all pretty hesitant, even puzzled, at first and while deciding what to do next, the other members of the cast appeared. One was constantly sweeping from the second floor down to the first, while another two were digging a volleyball with each other, narrowly missing some of the exhibits and structures in the PAM centre. 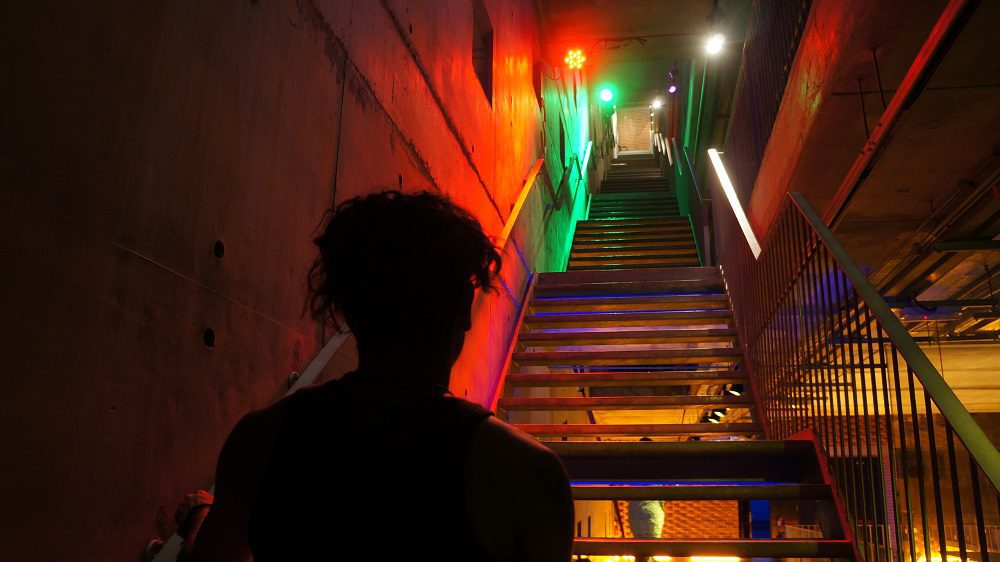 I was beckoned into a hall (and possibly swayed by the offer of a free lollipop) within the building as I wandered to the next floor and spiralled down into a hole from observing a masked figure type out her story. At first I thought it was a story of sexual abuse and the consequences a victim might suffer.

It was more than that.

It told the tale of how a victim might survive the ordeal, but the scars never leave them. Even when they look A-OK outside, the memories stayed with them. It amplifies every decision they make and the victim becomes overly critical of themselves. The saddest part?

Blame. They blame themselves. 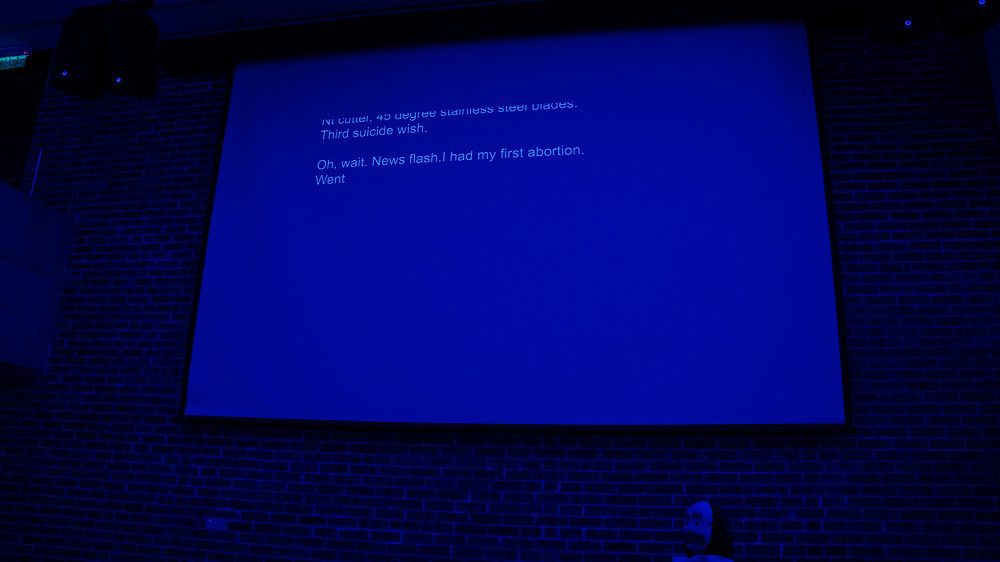 Outside, there was a performance going on. It was a show of light and motion and while I was not quite sure what it was trying to convey, it made me feel much more at ease after the story of the masked figure.

On my next stop, I encountered the Anger Monster. A petite figure with lots of pent up anger inside for an individual who broke her, she warned that once the Anger Monster was unleashed, there was no turning back.

The Anger Monster was out to kill. 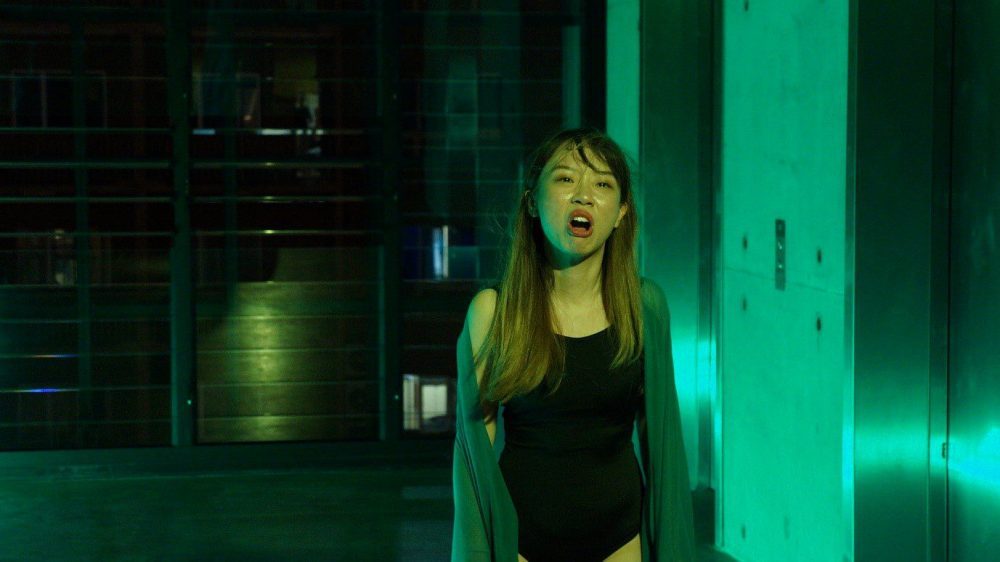 While I hoped the Anger Monster was only speaking figuratively, I wondered how many acts of violence stemmed from revenge? Isn’t that the trend of the world now? An eye for an eye?

But doesn’t that just make the world go blind?

Level three. What a party.

With empty bottles of alcohol and cigarette buds littered on the ground, the neon lights shining in dim corners, and the looks the cast members threw at each other, I couldn’t help but feel this floor screamed “Sex!” and all things hanky panky.

From observing a masculine cast member look lustfully from one woman to another to finally choosing the one that was better at the game of seduction, I felt sad. Sad that the objectification of women was still prevalent, if not growing, in this day and age.

Nevertheless, I loved every minute of that dance performance while my internal conflict remains unsolved.

Aside from the performances, the DUALITY team had put up some exhibits displaying both local and international news articles and statistics on issues including but not limited to gender, sexuality and suicide caused by the aforementioned issues. 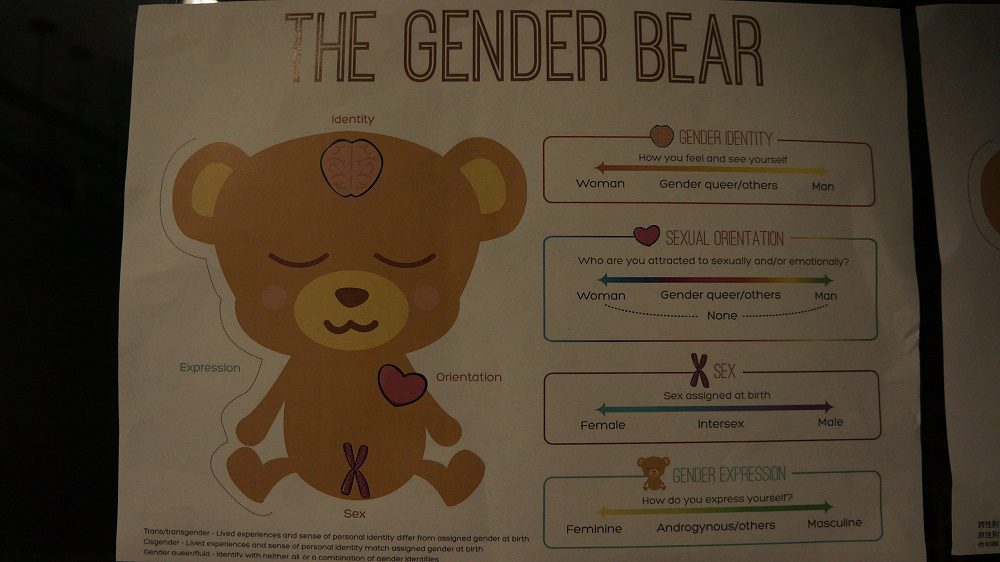 The one that piqued my interest the most was The Gender Bear. The Gender Bear separates gender identity, sexual orientation, sex and gender expression.

The Gender Bear reminded me of the conversation I had with Vinna when she explained that gender encompasses so much more than what people think.

At this point, I wasn’t quite sure what floor I was at and what theme that floor held but I saw a few dolled up ladies and lots of cosmetic products and a cheery sign that read “Make me PRETTY”.

What I wasn’t prepared for was when Putrina Mohd Rafie offered me a stick of lip gloss and asked, “Am I enough?”

After assuring her that she was for the third time, I took my leave for fear of the conversation she might initiate. Despite seeming self-assured most of the time, I felt myself wavering and I wasn’t ready to have this conversation of self-worth anytime soon.

At the end of this floor, a conversation between Lee Min Hui and Nisya Aziz about physical beauty and how it translates to self-worth hit a nerve.

“At the end, he fell in love with the prettiest girl in the group,” Min Hui expressed about her love interest in the conversation.

It got me wondering about all the times young girls, or even women, felt when they thought they were not enough. Let’s not forget the boys as well, but then again, aren’t boys conditioned to not feel?

While there were so many other things going on simultaneously, the clever use of a singing bowl signalled for the audience to gather during parts of the entire piece. 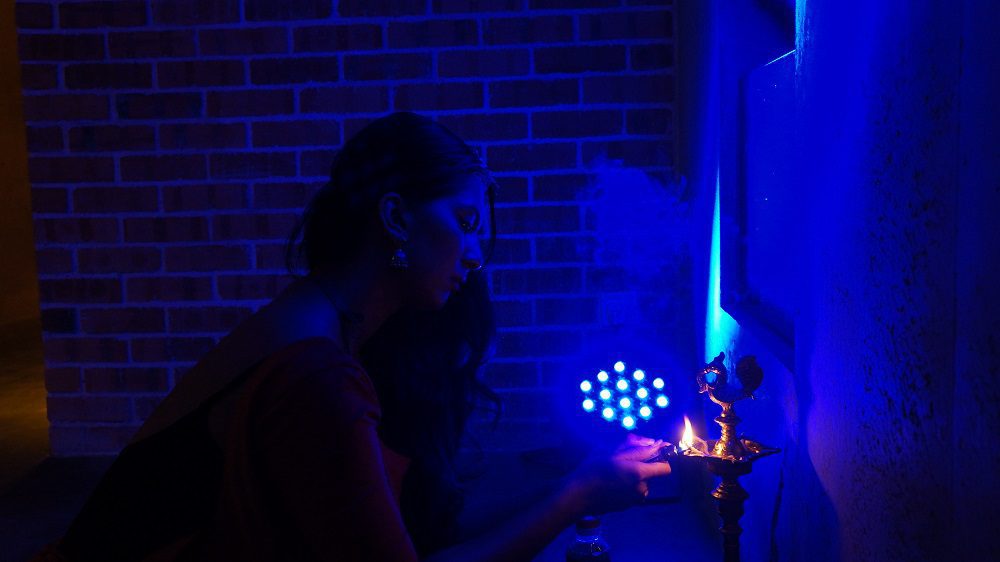 The one character that intrigued me the most was Sivagami Selvarajan’s character. She was dolling herself up since the start of the piece, but had moments of fear and even doubt when she seemed to want to burn her hair when lighting up her oil lamps.

She always seemed to be lost in her own thoughts but would snap back into reality once every so often when the group came together.

Before the start of her Bharatanatyam dance, the sounds of her ghungroo bells shushed the building into silence. Her stares and movements were quick, precise and intense during the dance. I thought the dance signified the end of Sivagami’s character until she seemed to have lost all control of herself on another floor. 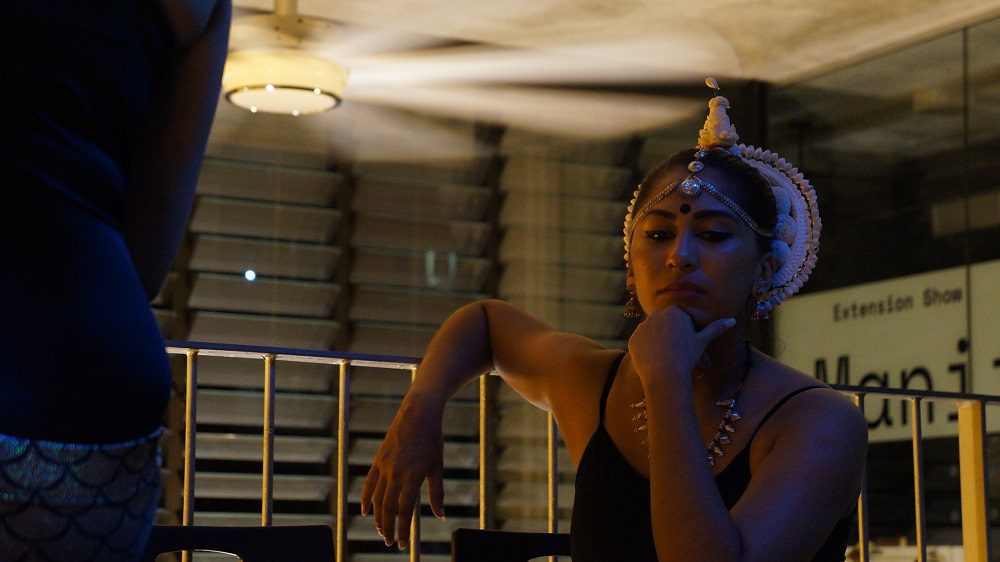 And then she surprised me once again when she picked herself up and walked away with a look of surrender.

DUALITY ended at the rooftop of the PAM Centre and I felt like I could breathe again, literally and figuratively. While I didn’t get to explore all the stories in depth, I left the place feeling a bit hollow because life is much more complex than it seems, and there’s no easy way out of this reality.

Written in chalk on the ground somewhere in the middle of the performance was a statement that many might resonate with. 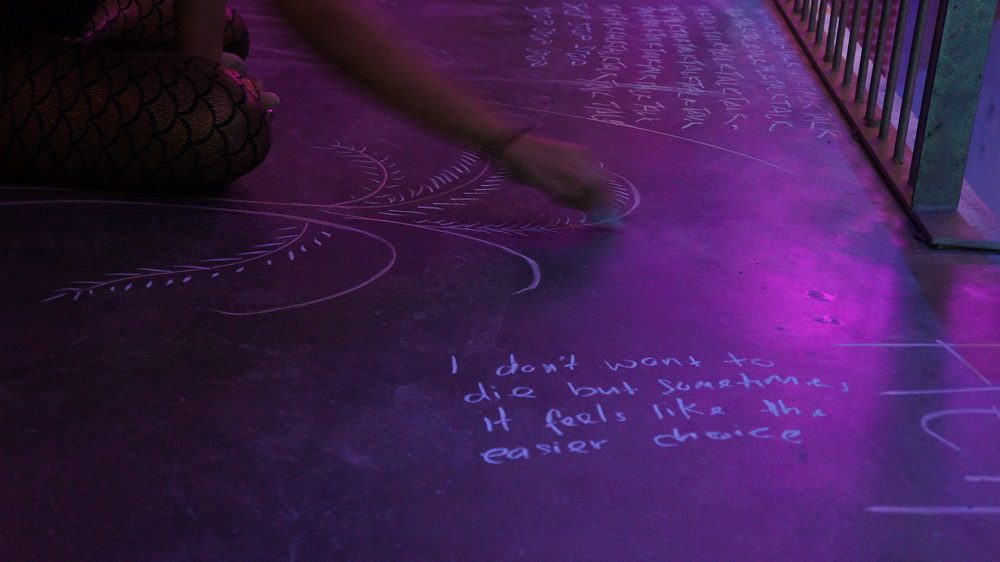