Before Ramengvrl became Ramengvrl, she had tried hard to suppress her musical talent.

She was Putri Estiani, who took on a sensible job at a corporation and hid her compositions from family and colleagues.

Like most of us with Asian parents, she faced the same dilemma; her family weren’t one to fathom the entertainment industry as a plausible career path for their offspring. 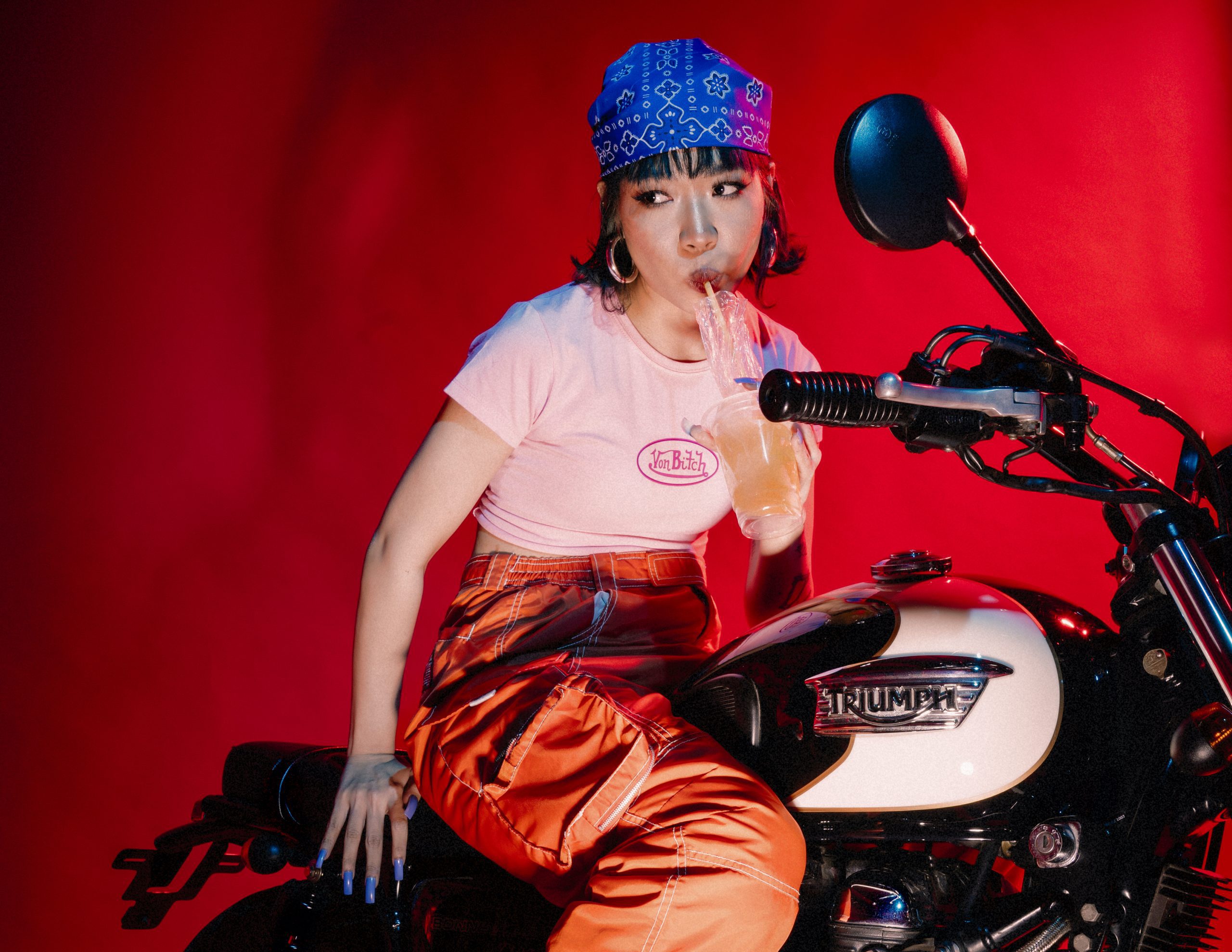 Putri was satisfied to share her music on Soundcloud and leave it as something she did just for herself.

Had she succeeded in keeping her musicality a secret, the world would have missed the transformation of Putri into the renowned Hip-Hop artist we know today, as Ramengvrl.

Since releasing her debut single I’m Da Man in 2016, she been raking up reputation as Indonesia’s bad-ass woman in Hip-Hop. This year, the 28-year-old also signed under US-based, record label EMPIRE, that also represents the likes of Snoop Dogg, Migos, Tyga, T.I, Iggy Azalea and more.

Apart from this debut album, Ramengvrl has also released a track entitled  The Emo Song. The single is a departure from her usually fiery persona, to reveal a more vulnerable side. The song, about her intimate journey through hidden battles, is in line with the heartfelt narratives of her previous singles; Vaselina“ and on Look At Me Now.

Eksentrika caught up with the artist herself, to find out in her own words, what the quirky debut album title is about. Read on to learn all about it.

We’ve seen and heard some of your interviews in which you speak English fluently – we’re curious to know if the album Can’t Speak English is inspired by your personal journey to learn English or others around you?

That’s one thing yeah, but other than that it’s like a metaphor that represents this inferiority complex that I’ve had all my life (surprise, surprise). I’ve always felt the need to self-deprecate to kinda like “justify” my shortcomings (one of them was “can’t speak English”, which is a phrase that I said quite a lot when I was in the States recording for the album), but at one point I was like, “Why do I keep selling my self short? Why can’t I switch to saying something like, ‘Yeah, I do deserve to be here’?”. I wanna tell people that whatever your background is, or your lackings, or whatever, if you keep doing it, and keep honing it, you’ll eventually get somewhere. And when you do, you gotta f*cking own it. 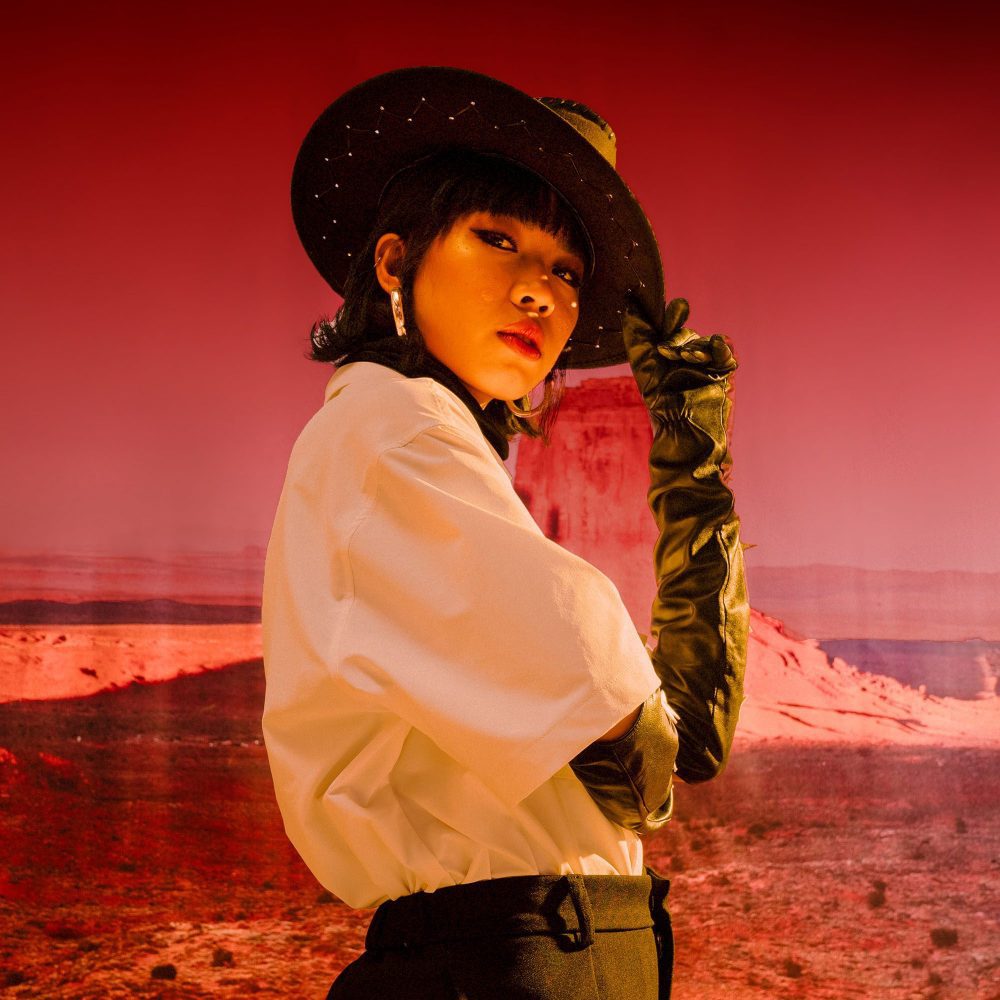 Do you think speaking English is a source of pride or insecurity among the youth in Indonesia/Asia?

Yes. The youths feel the need to insert some–usually pointless–English words in their sentence to look “classy” or “respectable” when, if you really think about it, English is just a language (I’m not talking about those who were brought up in a English-speaking environment, I’m talking about people who really don’t speak English). And for me that’s kinda sad, but that’s what’s been happening.

So far all your works (as far as we know) appear to be in English, do you have any plans to drop a local language album? (If this is already in existence, do share what was the inspiration and response like)

People think I haven’t released any project in Indo ‘coz I don’t want to, ironically enough (look to the answers before :D). But the truth is, I legit feel more comfortable writing in English than in Indo. Each language has their own nature and character, and with English I feel like I can convey my message the way that I want it to be conveyed. Believe me, I’ve tried. I feel like I’ve failed miserably haha.

Tell us what is a day in the life of Ramengvrl like from dawn till dusk?

Waking up at 1PM, learning Japanese, do a little bit of writing if I’m in the mood, scrolling through TikTok, being busy with work, thinking about what’s next, play games on my Switch if I have time. Pretty plain and simple 😀

What has been the biggest sacrifice you’ve had to make to gain the recognition you have achieved since? Do you foresee a bigger sacrifice along the way as you scale greater heights?

Play time, in any definition possible. Playing games, hanging out with friends. Everything I spend my time and energy on is a choice, and 9/10 I chose to spend my time on getting closer to my next milestone, and not to “try out the trendiest cafes” (although sometimes I kinda dig that too). I wouldn’t brush off the possibility of bigger sacrifices along the way, but i’m a believer of things always happen in the right time so when that happens, I’ll already be prepared.

If there’s any advice you could give to your up and coming self, what would it be?

Yeah things do happen in the right time, but seriously, go get your music out sooner, and please loosen up, you old grandma.

What keeps you fueled towards your goals and dreams?

I believe I’m meant for bigger things. I don’t know, I just always have that belief ever since I was little. If I stop and get comfy now I wouldn’t ever prove that, and that’s not my mojo. 🙂