SHORT STORY | The Phoenix that Stains its Feathers by Peter Soh

“The phoenix is believed to be seen in times of peace and serenity. Therefore, it is common to spot the phoenix in Peranakan ware because this mystical bird is full of auspicious connotations,” Baba Victor explained while showcasing his colourful collections of Peranakan ware to fellow amateur antique collectors.

His antique teak wood cupboards housed a splendid array of Peranakan ware of different designs, sizes and colours and the auspicious bird could be spotted from the typical famille rose kamcheng to the rare lime green chupu. This Bird of Fire was seen flying around the Peranakan vessels, displaying a neck of its colourful feathers and its graceful long tails.

Just like the colourful phoenix, the vibrancy of Victor’s immeasurable collections had attracted many avid antique collectors who would like to have a glance at these precious Shanghai wares. Victor treasured and treated his prized possession with care given more than to a human being and any visitors who wished to pay a visit to this mini museum could only be guided to the house through Victor’s phone call. Even so, Victor would customise his contact number into ‘No Caller ID’ – so that he was the only one who could make the calls without having to worry his contact number being saved and gave out to the public easily.

For years, the only means to contact this well-known and yet discreet figure among the Peranakan antique trade in Penang was through Victor’s Facebook. One left their contact number to Victor if one wanted to learn the tips to appraise a genuine Peranakan ware and when a group of ten visitors could be formed, Victor would inform them on the date and time on the tour.

“You don’t see a dragon in Peranakan ware because the dragon represents the Qing emperors and the Chinese who had left China for betterment found no reasons to stay loyal to their emperors. The Chinese Peranakan was not exclusive in sharing this sentiment,” Victor’s in-depth knowledge about the origin and the history of the Peranakan ware was clearly revered as the house was full of newspaper cutting featuring interviews of him.

“Look at the period made. Nyonya wares were made from the era of Emperor Tongzhi onwards until World War II took place and caused a decline in demand. Just look at this bowl for instance, it is stated underneath that the bowl was made in Guangxu period. Emperor Guangxu was the 11th emperor of the Qing dynasty after Emperor Tongzhi, so you know this was a genuine piece to invest.” The baby blue bowl captured everyone’s attention as blue was such a rare colour in Peranakan ware besides yellow and pink.

“Why is that white plate with a phoenix looks yellowish? Is the colour really so, or the plate was dug out from the soil?” a young man posed a question to Victor, expecting some reasons of scientific explanations as colours could change due to prolonged oxidation.

Victor looked at the plate longingly that the young man pointed to, and turned his head to him, saying:

“This plate is indeed a historical piece and let me tell you why the colour is funny.” Victor carefully took out the plate and showed it to the visitors. The plate was simple in design – a soaring phoenix surrounded by red peonies on a white base plate, and the rim of the plate was curvy and it had a Guangxu mark underneath. It was just another typical Peranakan household item that any collectors would cherish except the oddly yellowish colour that did not seem to come from the colouring dye.

“When my mother married my father in the 1940s, the ceremony was way too different from what is being practised now. Today, the Peranakan wedding ceremony is simplified and many of us have opted for the western gowns and suits.” Everyone nodded in agreement.

“When my late mother went through the berandam ceremony, she described the hair-combing ceremony as a nightmare not because it took place at 4am, but because her hair was pulled so tightly by the sang kek um until her round eyes became the Chinese eyes!” Victor pulled the skin of his eyes upwards, demonstrating how tight the hair was combed to form the chignon while the guests started to burst into a good laugh over Victor’s expression.

“And that’s not the worst. Her fringe was then combed and tied with two red ribbons. And being a Caucasian, her hair was naturally curly and so, her virginity was doubt by the mistress of the ceremony because the fringe should remain straight traditionally.”

“Huh?! Then what happens next in those ‘good old times’? The older generations keep reminiscing over their days and is this the way they treat a person? Through their physicality that you have no control over?” said one of the ladies in shock while gently criticising the belief of women having a good name through upholding their chastity.

“And this white plate was secretly given to my father by her tachi as a wedding gift. My koh koh asked the maid to give it to my father because my father was brave enough to marry a white woman then! My koh koh wanted to rebel the norm but she did not dare to do so. But she stayed single for her life. That’s what I heard from my dad because my koh koh spent the rest of her life in Canada and I have never seen her in person.”

“This yellowish colour comes from the turmeric. My mum used this plate to serve rendang until she passed away. This was the only Peranakan vessel in the family because both of them lived their life in a small kampung, away from the world that did not belong to those who wants nothing but happiness. They would have turned in their grave if they ever know their son is collecting all these Peranakan plates and bowls which come with an exorbitant price nowadays!”

“Oooh, this is why the phoenix and the plate have this surface colour,” said the lady while smiling at the bitter sweet story which was told.

“Yeah. Unlike all the other phoenixes in this cupboard, this is the only phoenix that fetches a price that no one can take away from.” 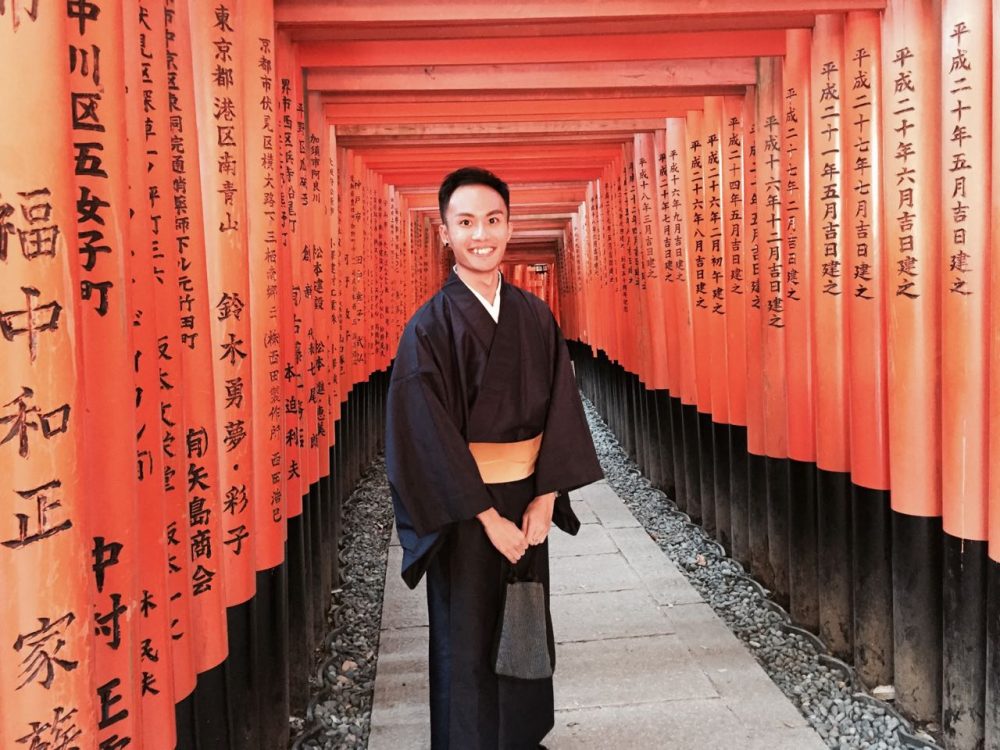 At the age of 29, Peter wanted to do something bold before he embarked on his 30’s. Fate would have it that Peter did not complete his PhD after wasting three years and a large sum of money because he enjoys writing short stories rather than his doctorate thesis. He is now busy attending interviews, keeping the house cleaned and picking up his dusted hobby – lying to read and anticipating nags from his mum.