Who wouldn’t know Onn San right? For folks who were moved by the 2016 Malaysian sports film Ola Bola would remember the award winning composer’s emotionally stimulating score which made the film even more magical.

If Hollywood has the stellar Hans Zimmer and Bollywood the enigmatic AR Rahman, Malaysia has Onn San who has all the makings to become a globally acclaimed film composer.

Don’t believe us? Just give this track a listen!

Einstein is a track from Onn San’s latest album, Epomania II Time and Space. The film composer gave us the honour to give it a listen and boy was I blown away!

Right from the first track, “Newton” to the last, “Galle”, Onn San transported me into a spaceship and flung me through galaxies consisting of various star systems and a myriad of planets.

Epomania II Time & Space is a sequal to Onn San’s Epomania – An Epic Soundtrack released in 2012 and continues where the first had left off.

Peering through the track-list  of the first album, one would come across titles such as Triton, Lapetus, Earth, Enceladus and and Nemesis; all names of planets, stars and moons not within our solar system but are part of our ever expanding universe. 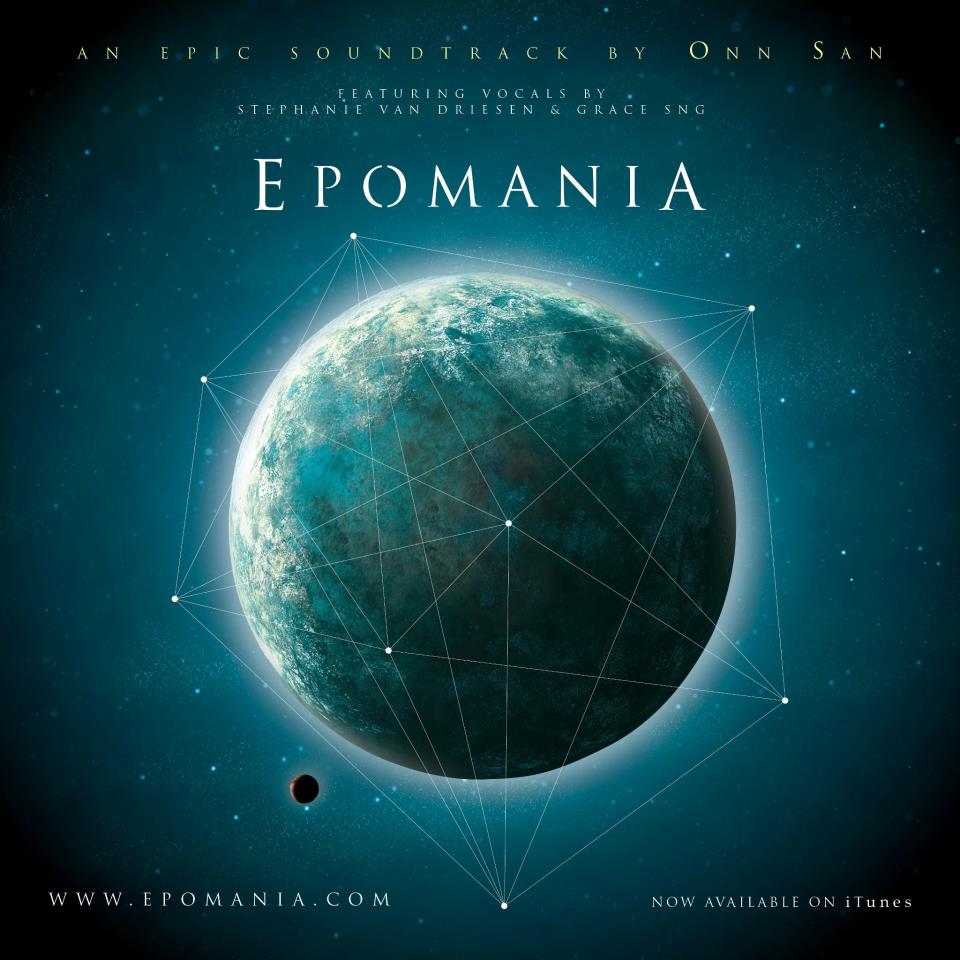 “For Time & Space, I wanted to pay tribute to some of the people who discovered or contributed to our knowledge of the universe,” Onn San says, referring to mathematicians, astronomers and scientists who were the front runners among men in dipping their feet into the vast heavens above. 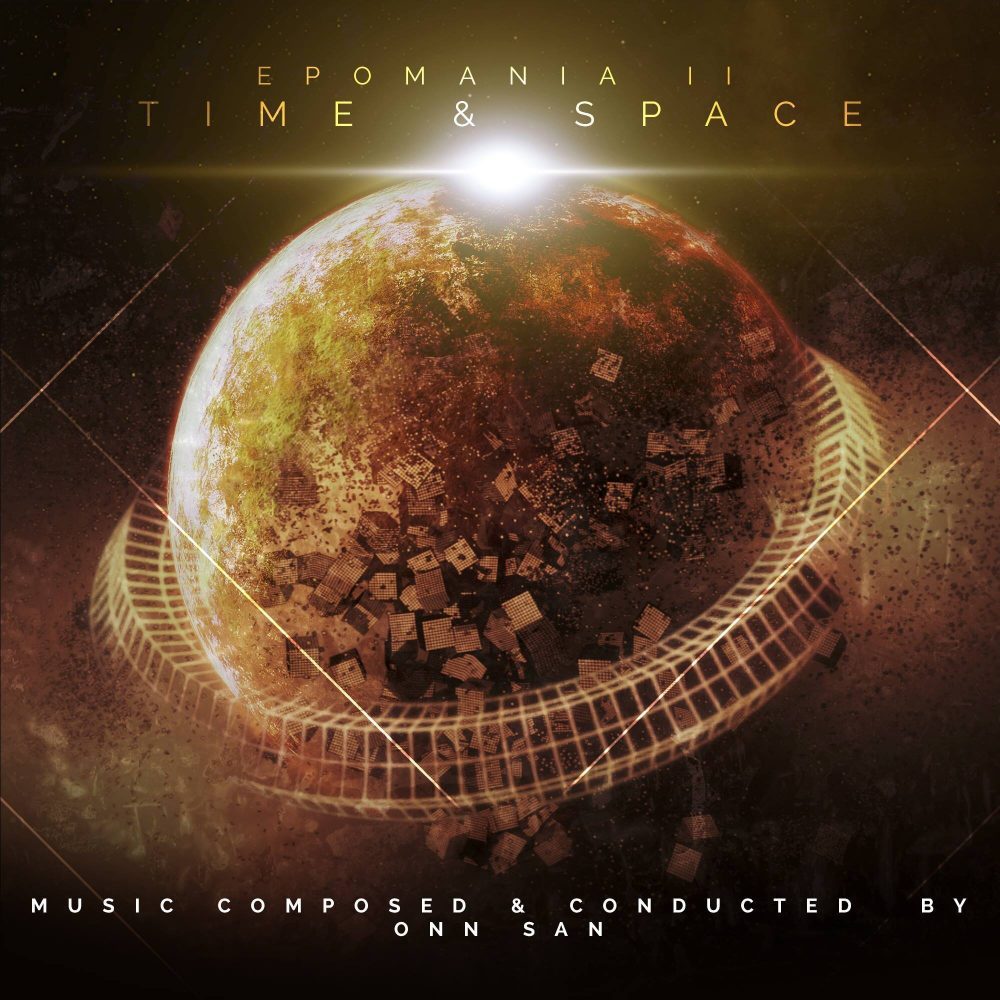 Retaining the epicness of the first album, the tracks from Epomania Time & Space gave me the impression that the tracks were exclusively made for these individuals; Galileo Galilei, Claudius Ptolemy, Isaac Newton, Robert Hutchings Goddard and yes, even Albert Einstein to name a few.

The tracks were also named after these amazing people.

“I really just wanted to highlight these people who did so much, whom we know so little about,” the 33-year-old adds.

But what makes the sequel alot more remarkable is the fact that it retains the epicness of the first album and at the same allows the listener to feel as though they are travelling through expansive space filled with planets and emotions.

The inspiration came from the nature of the music itself which Onn San coins as “Sci-fi inspired”. It took him three years to accomplish this amazing album.

Treating it as his “baby”, Onn San who professes that he is his own greatest critic said much of the time was spent tweaking the music and making it sound as good – and infact, better – than the previous album. 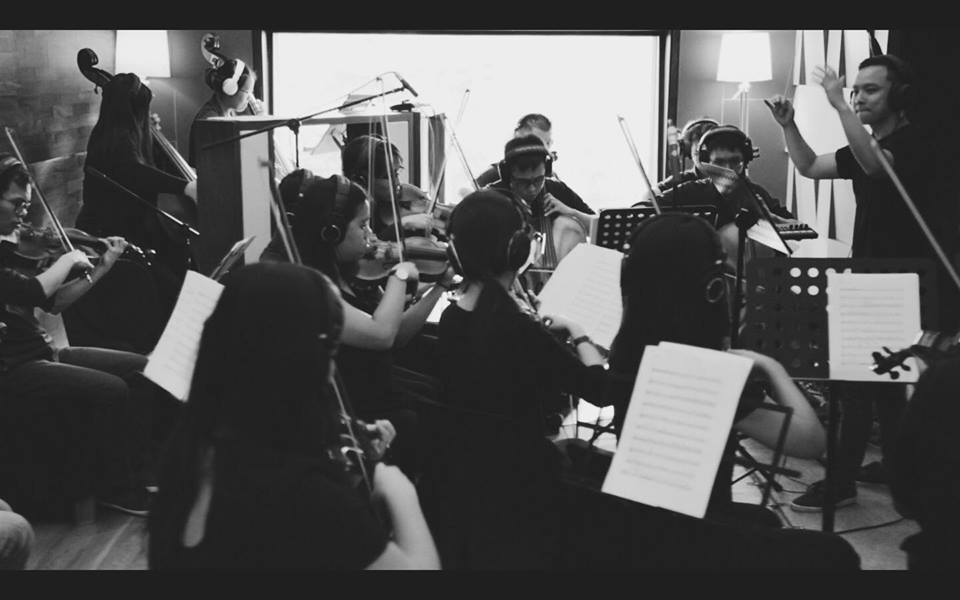 “I’m very proud of the result. And I am even prouder of the fact that there are so much collaborative effort that is poured into the making of this album.”

The last time Onn San worked on Epomania, he had Malaysia’s triple threat vocalist Stephanie Van Driesen who displayed her vocal prowess through “Earth” and Grace Sng who lent her vocal talent into the creation of the first album.

Onn San says the entirety of the album was recorded on 18-piece live strings, which, according to him made a world of difference.

Reflecting on his compositions, Onn San says he has also matured quite a bit in the span of five-years. And yes, he is already contemplating on working on the third instalment to his Epomania series.

“Perhaps, the third album I might record it live,” he quips.

It’s here! The first 200 copies of #Epomania2TimeAndSpace has arrived! These babies will be available for sale at the Ola Bola MPO Concert tmrw and the day after. Note: This CDs are pre-sale items only. Which means if you get a copy of this, we will deliver the actual album, nicely packed to you in a month’s time! So if you’re keen, come to the Dewan Filharmonik Petronas tmrw and the day after and get ur copy!

Epomania II Time & Space is one album to listen to while driving or in the train, as I had done. The tracks never gets old and just like AR Rahman’s compositions, I always get to pick out something unique about each track on every listen. The album can be purchased on iTunes, Spotify, and Amazon. We suggest to purchase both the albums for an immersive musical experience. Follow Onn San on Facebook! What are your thoughts about the album? Drop us a comment or send us an email at [email protected]!