Fresh from last month’s Visit Malaysia 2018’s logo debacle, it appears another attack on the craft of Malaysian artists has reared its head again.

Just yesterday, California based Malaysian artist, Weinye Chen was alerted by her Chilean follower that a comic she had drawn in September 2017 was plagiarised and posted on the official Chilean Domino’s Pizza Facebook page.

“During this time (September 2017), a popular meme was circulating on the internet. It was the Distracted Boyfriend meme. I thought it was rather funny and was inspired to do a version of it of my own,” Weinye says to Eksentrika.

The copycats basically grabbed Weinye’s comic piece, made some minor alterations in color and used it for their commercial marketing without proper attributes to the original artist.

This led Weinye to call out the American pizza fast food restaurant chain for its blatant appropriation of her hard work and talent.

“I honestly think that there is a lack of respect and understanding for creatives and content creators from not only big corporations but also from the general public.”

The 30-year-old comic artist said many are still ill-informed, thinking that just because something is on the internet, it is considered public property.

“Something accessible online does not mean that it is free for all to use. I think we as creatives are also responsible for educating our audience about intellectual property and how it works.”

When asked how much Weinye would have charged Domino’s Pizza had they formally approached her, she said it depends on various factors.

“Where will it be shared? What is the duration or life span of the project? What are they looking for exactly in terms of commissioning me? Is it for a campaign? A one off thing? The commission rate would have varied according to all these aspects.” 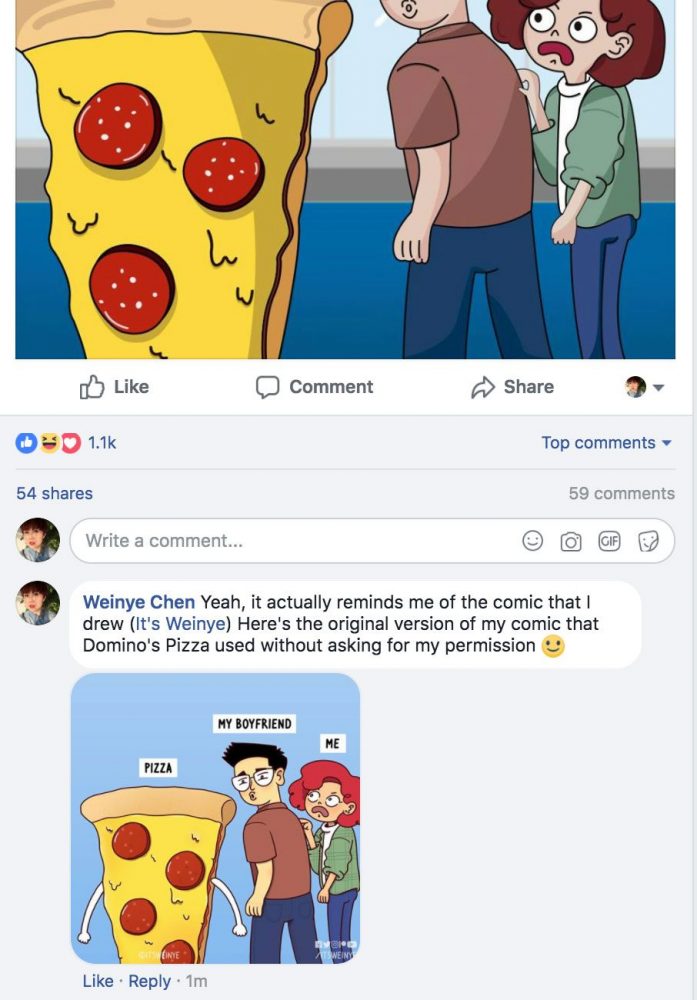 This is not the first time the Malaysian-born, California based comic artist experienced having her work plagiarised, stolen and posted without due credit.

Several netizens, however, raised that Weinye appeared to have “plagiarised” the meme itself, which she admitted was not her own original concept.

Weinye addressed this by stating that she made her admission clear in the caption for her post.

“I believe that I altered it enough for it to be something different.  However, in Domino’s case, they basically traced my comic with the key characters, with only some minor edits here and there. To top it off, they used it to create traffic for their page, to market their brand. So their intention is on an entirely different level, altogether.”

Pssstt!! The photographed titled “Disloyal Man Walking With His Girlfriend and Looking Amazed at Another Seductive Girl,” by Spanish photographer Antonio Guillem was a series of stock photos. You can check the rest our here. 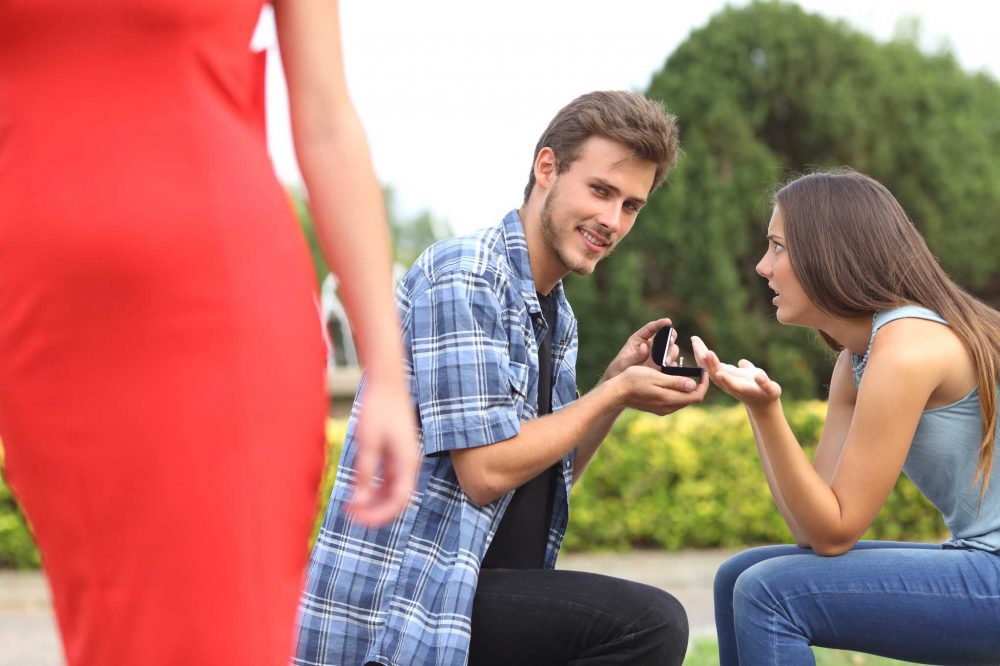 For those who do not know Weinye (pronounced “way-knee”), the  artist who hails from Petaling Jaya unintentionally sparked a comic series after dabbling in funny doodles of herself as the main character.

“I used to have red hair for many, many years so that’s why my character has red hair. It was an obvious giveaway that the character was me but I don’t have red hair at the moment, so some people don’t make the connection.

“At the time, I was studying in the United States of America and decided to start a comic journal as a way to document some funny and memorable encounters overseas to share with my friends and family back home.”

She did not expect her webcomic, shared on her Facebook and Instagram  to amass the traction it did. 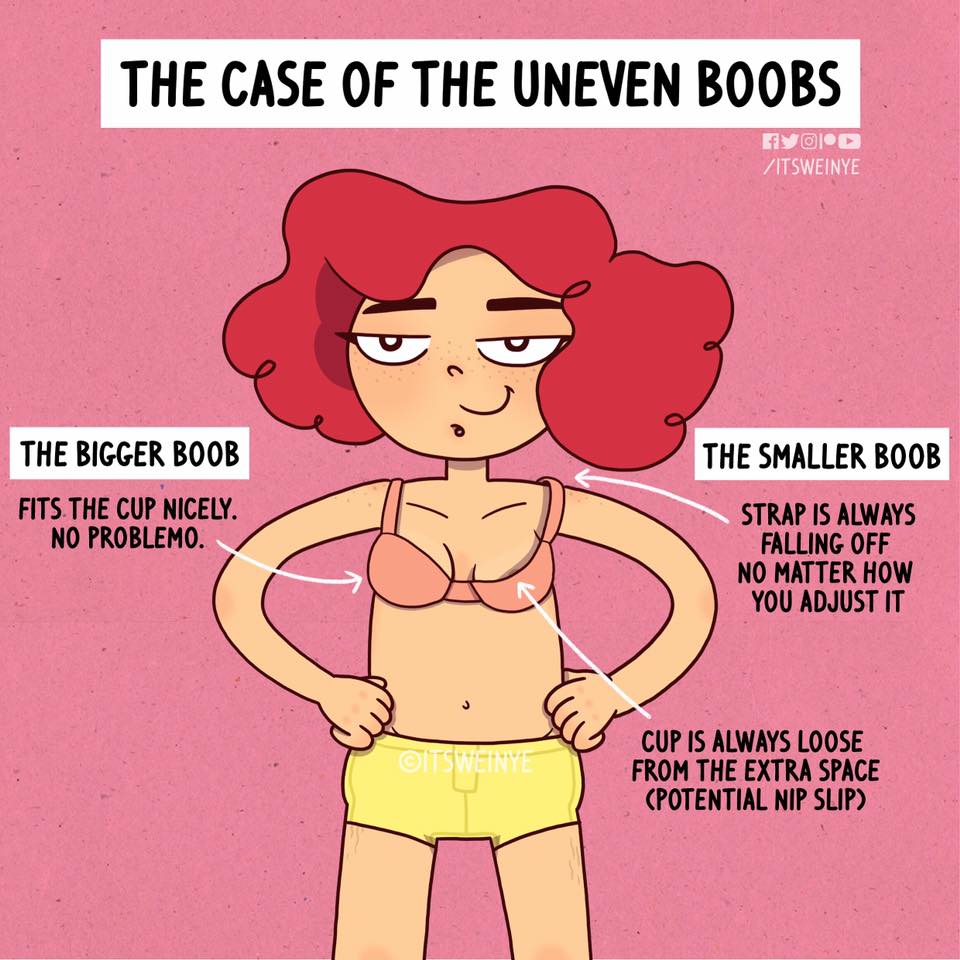 “I never expected it to grow this big. So, this is just what I do now, lol.” she said via an email interview.

Weinye shared that when ideas presented themselves, she would jot them down in a notebook that she would periodically refer to for inspiration.

“I often scrap some old ideas when I change my mind about them later on.”

On a good day, Weinye’s brain would churn out a free flow of webcomic wonders , but there were also days when she gets hit by “artist block” which could delay her progress up to a week.

Weinye also likes to brew herself a pot of tea alongwith the comic idea in her mind, before sitting down and bringing them to life at the tip of her pen.

“I first map them out and follow up with a rough sketch with the accompanying text. When I have everything in place, I draw over the clean outlines, colour them in and then tweak whatever’s necessary at the end. Nothing too fancy or special. Just the standard procedure.”

The list of comic artists she draws inspiration from are many but Naoko Takeuchi, the creator of Sailor Moon has been a prominent influence.

“She really launched my interest and love in comic books as a child. Next would be our very own, Dato’ Lat. My mom was a Lat comic book collector when I was growing up, so I was exposed to a lot of Lat at a very young age.” 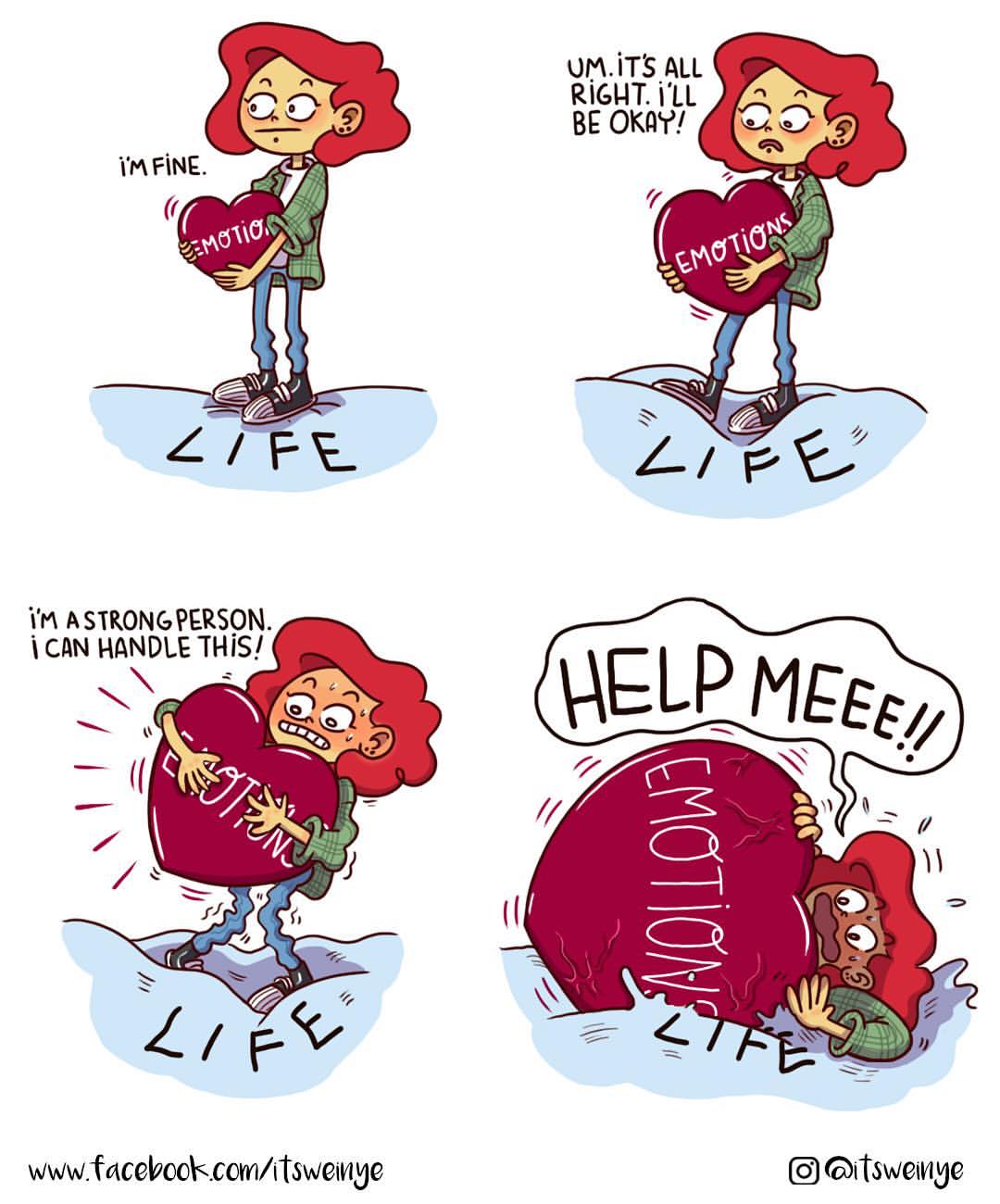 Her long term goal is to have her own comic or graphic novel and merchandise.

Meanwhile, Domino’s Pizza Chile has reached out to Weinye via Twitter and deleted their post with Weinye’s work on Facebook. However, the comic artist is still seeking a proper explanation over the issue.

“We’ll just have to wait and see what they have to say.”

UPDATE: Success! Domino’s Pizza Chile has apologised to Weinye and will provide a compensation for plagiarising her comic. Weinye has issued a statement on her Facebook page.

Check out It’s Weinye on Facebook and Instagram! To support her amazing work, click here. What do you feel Domino’z Pizza should do? Drop us a comment below or email us at [email protected]