All images by Ning Yasmin

For many video games serve as a respite from their mundane lives. Others compete in video game competitions.

But not Ning Yasmin Abdul Rahim aka Lucidity. The 19-year-old lass got into drawing fanart thanks to a now defunct online game called Club Penguin.

For those who don’t know, Club Penguin was an online game where players can interact with other players, doing activities like hold parties, play mini games, dress up and decorate.

“I faintly remember drawing a mall of anthropomorphic dogs where windows were on the floor. I even had a whole comic series based on Club Penguin going when I was, maybe, nine or ten.”

That’s how long Yasmin has been creating art. The Kentucky-born TESL student from Kuala Selangor, who returned to Malaysia at the age of 6, also ventured into digital art three or four years ago.

Currently, she works as a writer and artist to help her earn extra money. 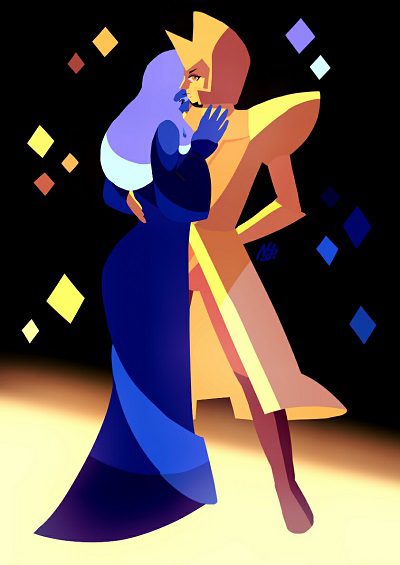 “I’m not sure what got me going with that very first Penguin comic, but perhaps it was the fact that Club Penguin had this thing where you could send in fan art to their newspaper.

“I never did get in, but maybe that was what inspired me. Sadly, the game was replaced with one of those money farming apps earlier this year…”

Ning enjoys drawing fanarts from various fandoms such as; My Little Pony, Friendship is Magic, Steven Universe, Miraculous Ladybug, Undertale, Five Nights at Freddy’s, Splatoon, Star vs the Forces of Evil, and Adventure Time along with a few more others. 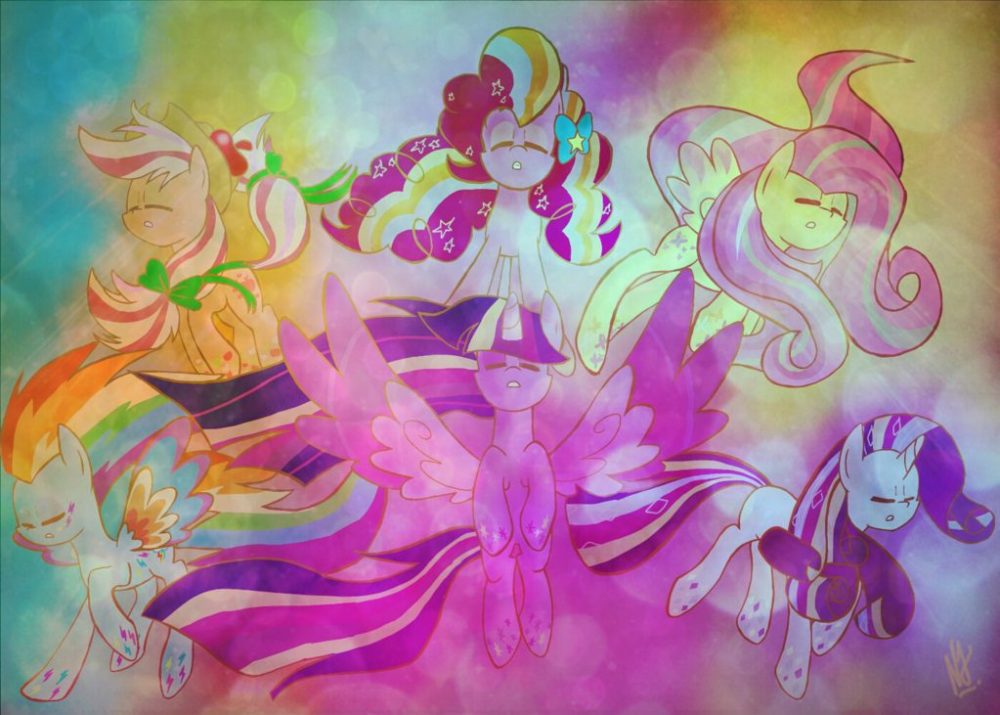 “Most of my fanarts are from cartoons with some from games. One of the fandom I’m most involved in is the My Little Pony fandom!”

Yasmin reveals that she is grateful to the series.

“I would have never gotten as far as I have in art if it weren’t for them. Especially the ask blog community on Tumblr.” 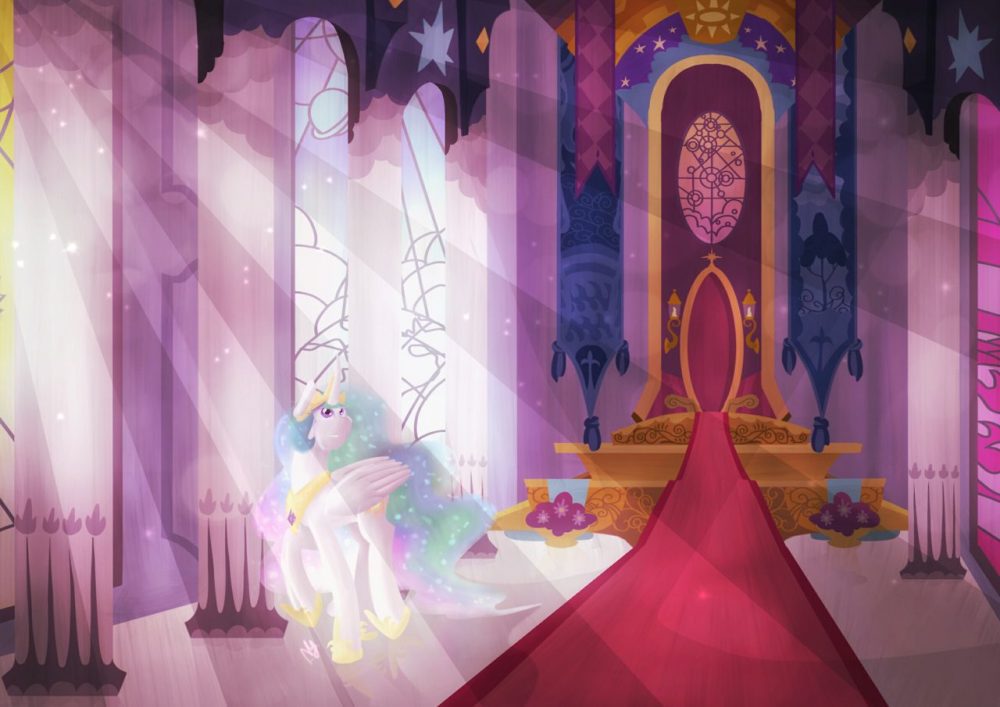 Artists like Ning consider fanarts a really, really important aspect of the fandom culture. She believes fan arts help fandoms grow, and keeps it going for a long time.

“I’m certain it’s because the fandom just won’t stop creating, the series will go on! It’s especially important during hiatuses.”

Yasmin says that during hiatuses, many might get bored and move on while waiting for official content.

“Fan art keeps people around. It attracts attention, interest, gets new people into fandoms. Nothing could exist without fans!” 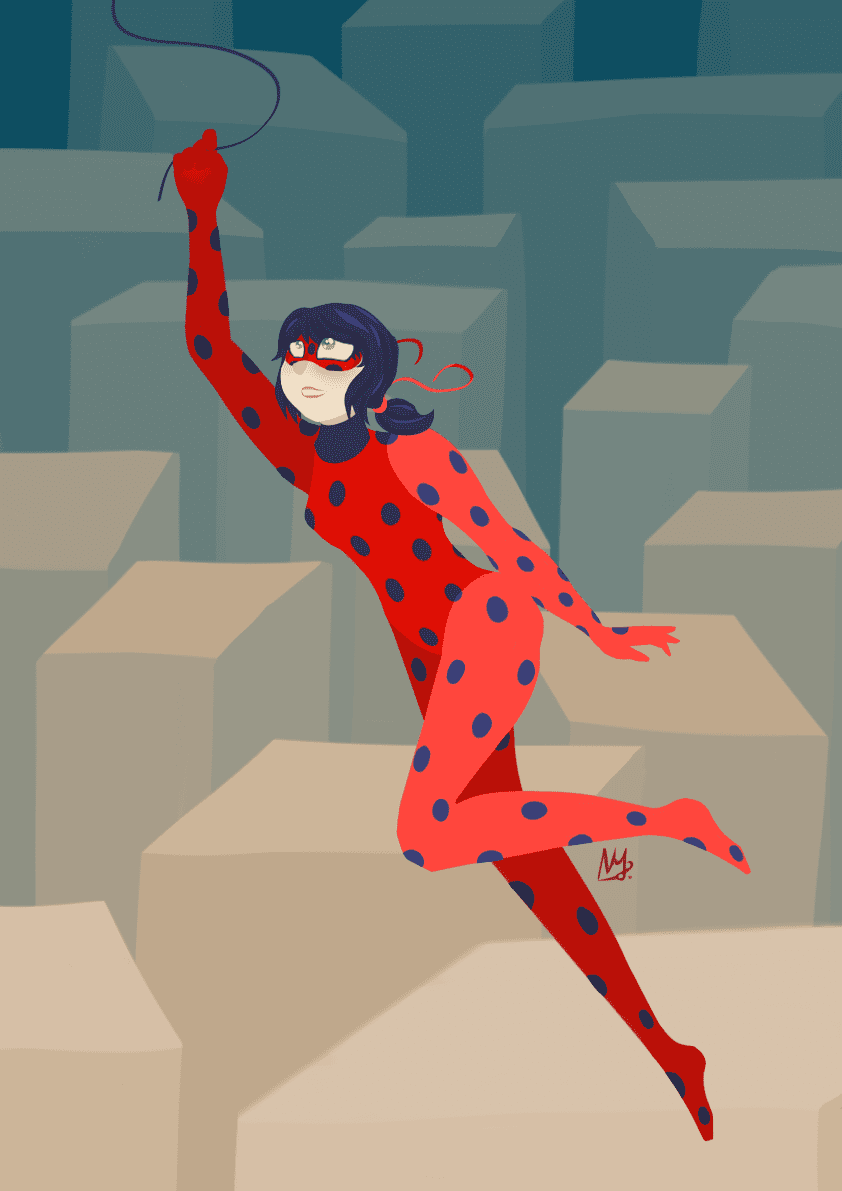 Of course, Ning also creates original art pieces. She tells us that she’s been slacking on fan art because of her original pieces.

“I love drawing the characters from a novel I’ve written, called Us Monsters. I’ve been trying to be better at drawing humanoids, so that’s my excuse!”

Yes, this artist has written a novel and she hopes to publish it next year!

I’m very, very proud of my novel! It took me a long time to write! I remember starting during my school holidays in Form 3, and I think I finished sometime while taking Foundation at UiTM. That’s about three whole years!”

However, she is still working on some minor edits to perfect her debut piece.

“It’s about 450 pages long on Word now. It’s quite a dark novel and I don’t really know the genre. It’s a bit of horror, mixed with adventure and fantasy and romance and stuff.” 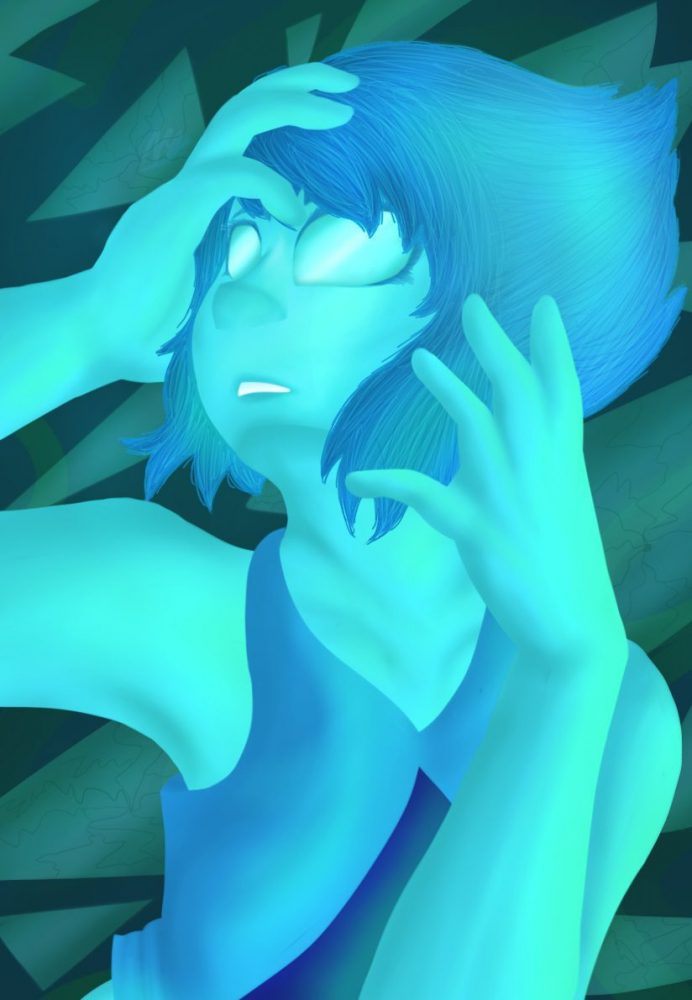 Heavily focusing on discrimination and the effects it has on individuals and the society, Yasmin adds that her novel has lots of good lessons along with fun and diverse characters, all with different opinions in hopes that the reader can choose how to feel themselves.

As if that’s not enough talent, Yasmin is also a casual cosplayer.

While she doesn’t stitch her own clothes, she does make certain props, such as wings and crowns, herself. She is still an amateur in that regard, but she believes herself to be improving. 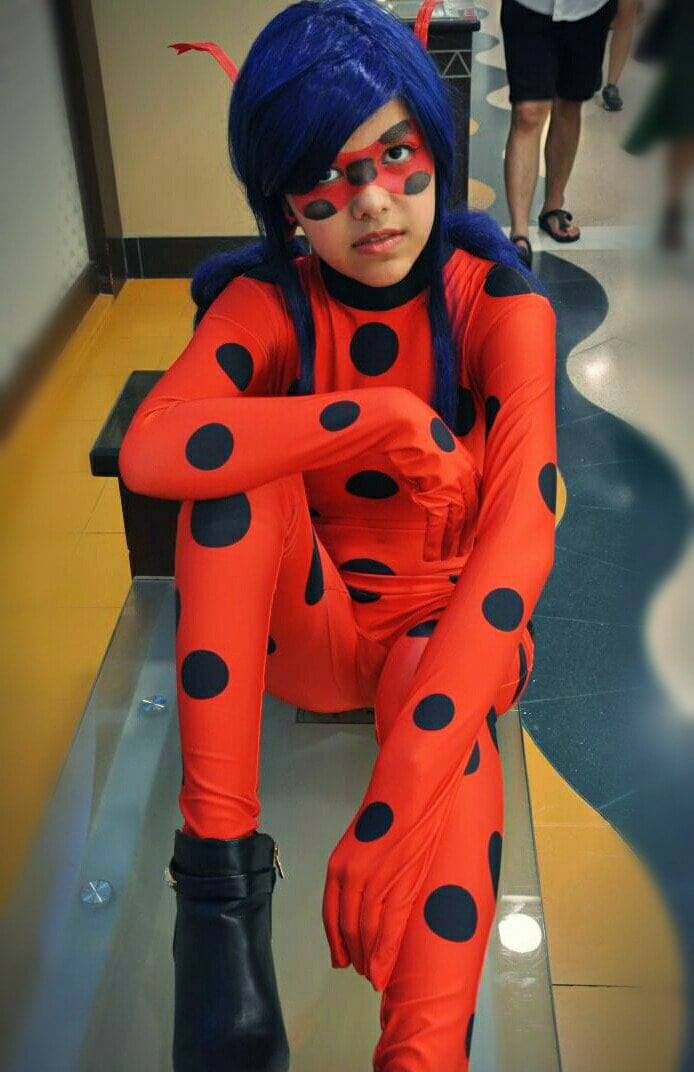 “I don’t really cosplay super often. Maybe only five to eight times a year at conventions or any suitable place. I try to keep my cosplays to three different ones a year so I have a chance to bring them all to cons a couple of times”

It shouldn’t be surprising that a talented artist such as Yasmin finds inspirations from multiple sources.

Apart from the games and cartoons that she draws fanarts of, she also uses music to get her hyped up and excited to draw of write. 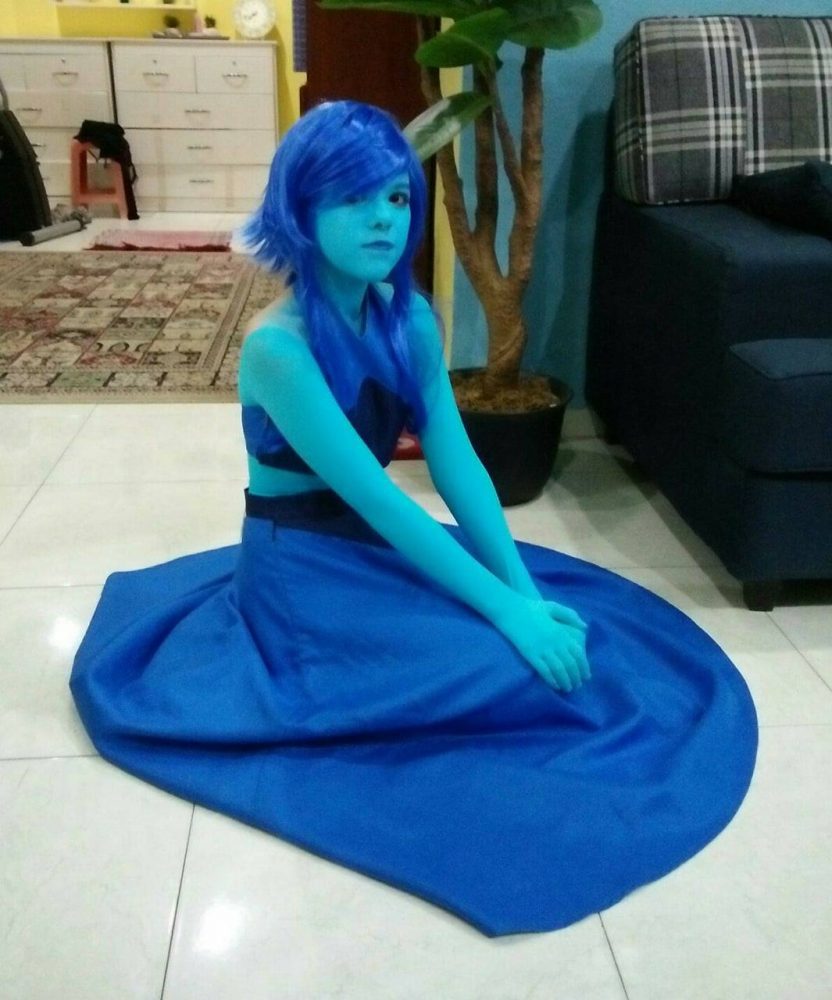 “And then there are those who support me. They’re my true inspiration. I wouldn’t keep going without them. I love them very much!”

She reveals that arting can be quite difficult at times.

“It might be finding motivation to draw something. Maybe it’s when you imagine something so beautiful in your head, but it doesn’t end up quite so. Perhaps it’s rejection when someone doesn’t quite like what you’ve done, or you don’t make the cut for something.” 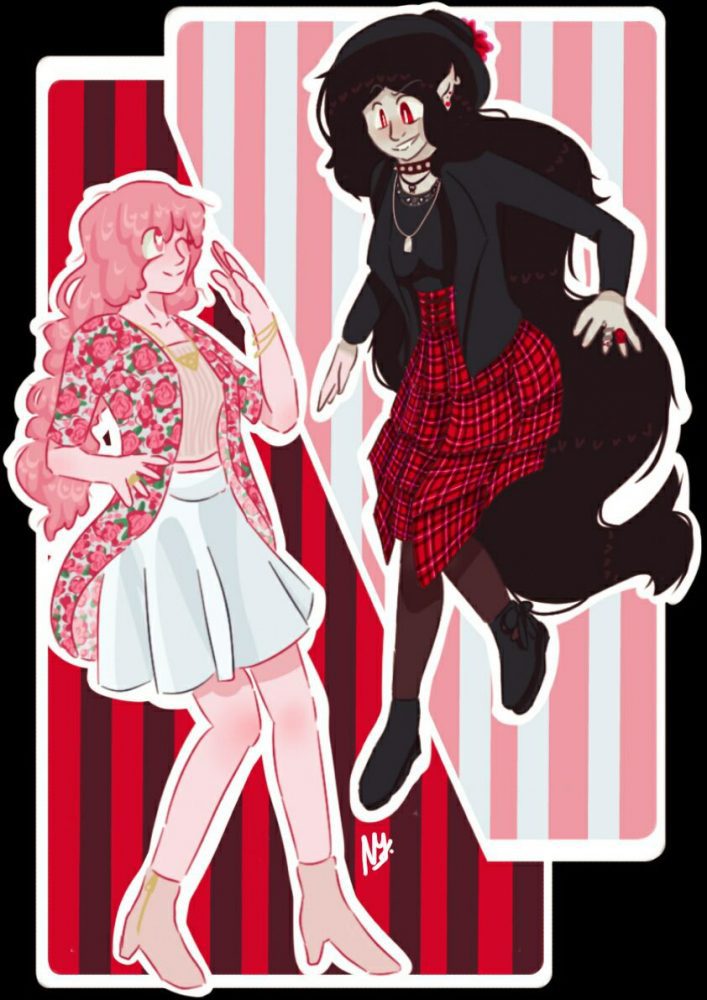 “It might be seeing all those other great artists and wondering how you can compare. It’s hard to overcome these problems, but really, you just have to think back to those people who do love what you do! There must be at least someone. You might not even know them, or hear from them, but they’re there, appreciating everything you do.”

What keeps her going is the fact that there are other artists who are so much better than her, and accepting the fact that she’ll never be at their level.

“But little do I know, there are people out there thinking the same about me!” 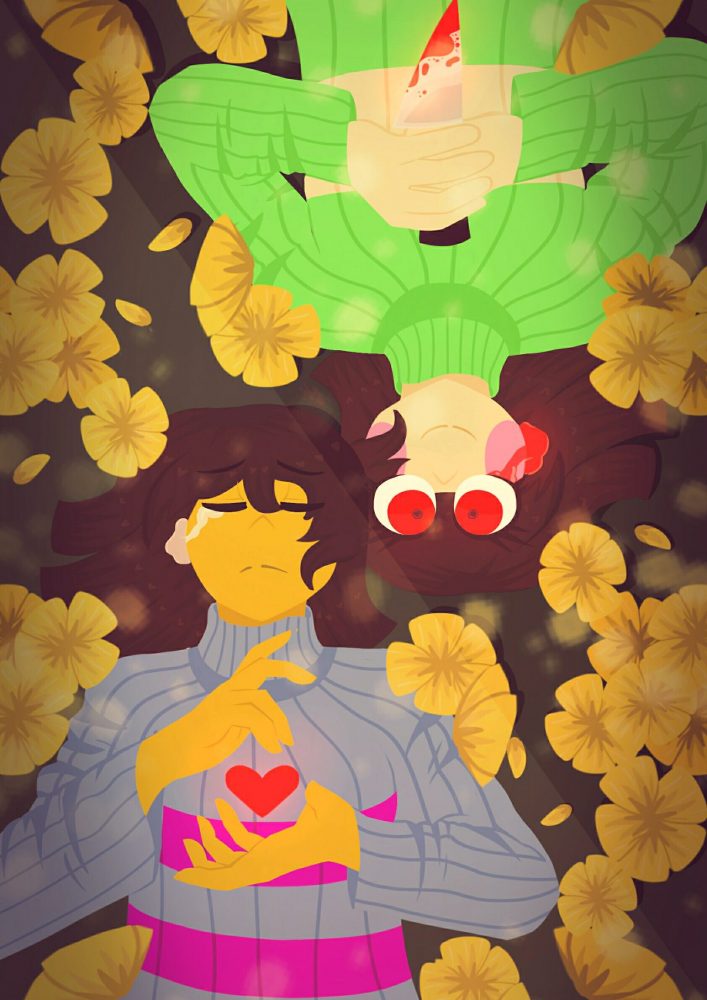 Apart from getting her novel published, Yasmin also dream of making a cartoon in the future.

Currently, she’s happy with part-time selling her art online and at conventions and events, and hopes she will gain more supporters who like her creations.

Follow Lucidity on Facebook, DeviantArt, Tumblr, Instagram (for art & for cosplays). Have a friend who is just as artsy as Ning Yasmin above? Tag them below or drop us an email at [email protected]