How does one keep thriving in the Malaysian music industry to last for close to two decades? With the release of her song, “Kau Selalu Ada feat. B-Heart”, in November 2019, we felt this question could be aptly answered by Nadhira.

The singer-songwriter entered the limelight in 2010, when her debut album, “From Malaysia with Love” garnered acclaim. Since then she has released a pop album, “12 shades” and numerous chart toppers on Malaysian radio.

The latest, “Kau Selalu Ada feat. B-Heart” is an homage to her Nusantara roots and a teaser to more similarly inspired tracks to come.

“‘I wanted to write a song that depicts what I truly seek for in love; a two-way love affair, sung mainly in my mother tongue. I wanted to get in touch with my roots and connect it to my art, in both language because I’ve never done anything like this before. This is the me now. I really love hip-hop and R&B so the way this came together perfectly really represents
who I am right now”, says Nadhira.

Speaking to Eksentrika on the challenges of standing out as an artist, the songstress also revealed some distinct tips to maintain relevance as an artist, directly from the playbook of her own experience.

Read on to find out why she will be attending the Asian Business Aviation Conference & Exhibition (ABACE) 2020 this April and how High Net Worth Individuals (HNWI) can be helpful to a musician’s career. 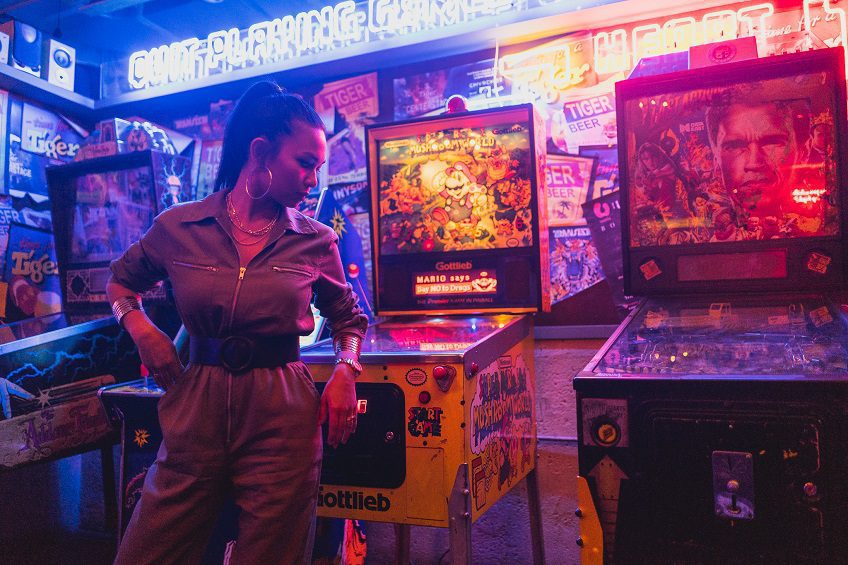 What can we expect from Nadhira in 2020, more releases or events?
This year we will be focusing more on releasing tracks online – I have a few songs lined up for release, we are just putting it together and deciding when to drop the music. In terms of events, yeah sure – if I get invites on a day that isn’t too busy, I’d be more than happy to attend and socialize with other artist, but that isn’t my main focus right now. To be honest, the 1st quarter of the year I will be travelling a lot, but mainly for work. I’m looking forward to attend ABACE 2020 in Shanghai this April. It has nothing to do with music, but it has everything to do with music! I get to connect with a lot of HNWI’s which opens up doors for me for shows and getting sponsorships.

Why the sudden connection with roots? What inspired this change?
Having lived my formative years and going to school outside of Malaysia, the international culture is embedded in my DNA. I’ve mixed with all types of ethnicity, cultures and religion that subconsciously – I drifted away from my own, as I was intrigued in others. Coming back to Malaysia after finishing high school meant I’ve had to readjust again, but this time – in my own home. I of course, looked for people that are my kind to hang around with. But as time passes, I felt something was missing, especially in my music. I felt like it was disconnected to where I actually was. Nobody cares if you sing in English, because you have to compete with other international artists. If you make a song that sounds like Jhene Aiko, they might as well just listen to the real Jhene Aiko…you know what I mean? So then I decided to kind of switch it up and sing in my mother tongue, and be proud of it – with the intention of connecting more with my people.

What is the biggest challenge you foresee as a songstress in 2020?
The biggest challenge I foresee is having to compete with the youngin’s who kind of got it locked down when it comes to their social media presence. It’s all about the social media presence in this day an age. There are so many new up and coming artists who are killin’ it and making a name for themselves with the help of social media. Not to deny that they are actually superbly talented and I am constantly in awe and inspired by some of them.

Could you share how you plan to overcome this?
To be honest, I’m a bit old school in that sense though as I no longer seek for public validation. Most of the things I do nowadays is to feed my own soul and satisfaction, because honestly??…I am my biggest enemy and I compete with no one but myself. An industry friend asked me the other day ‘What’s the point of having a manager if he doesn’t put you out there, get you into reality TV shows, sell you out’ and my reply was, ‘it’s not my manager, it’s me’. I’m the one that is taking my time. I am no longer chasing recognition, I am chasing stability. I believe that if you keep doing what you do….you WILL be recognized. No doubt about that. There is no need to chase, for what is written for you, will be for you…so just chill and do you.

I’ve noticed a global trend where musicians are now releasing singles rather than albums- do you think it applies in Malaysia?
That trend could apply anywhere. It really depends on what your game plan is. Let me give you an example of how I would do it. Prepare say….5 songs, release it 1 by 1, then you put it all together and call it an album. LOL. Many people do that…and you’d be telling people, ‘Hey check out my latest single’ — but that single could be a part of your album. So for me, it’s fine however way you’d do it. To each their own. Everyone is way too busy following the trend that they forget to be themselves.

In this day of multiple social media and constantly being online, how do you stand out as an artist?
I stand out by not trying to stand out. HAHAHAHA. I mean, I have a history in the music scene. I have done many things in the industry over the past 10 years. If you google me, you’ll find all sorts of things, but in general…I don’t post my 24/7 movements. I’d rather people not focus so much on me and what I do, but more to my music. It’s normal for people to associate music with the personality of the artist, so artists really leverage off of social media and share with the world literally everything, but for me — I like being a little reserved.

All images by Nadhira.