“Music gave me a new lease of life” Nigesh Armon

In 2009, after experiencing a terrible break up and dwindling into drug addiction, Nigesh Armon fell back into music. And that probably saved him.

Prior to the dark days of his life, the 32-year-old had been in and out of several bands.

His love for the stage drove him to form many different bands with kindred music lovers, but over the years, these alliances fell apart, leaving Armon, solo in his passion. In those intial years, he did not imagine music to be his full time gig.

“It was all for fun. But the darkest period of my life in 2009 changed my life forever – and this is what my debut album is about,” Nigesh reveals to Eksentrika while sipping on a warm glass of teh tarik, when met at a restaurant in Bangsar.

Each track in the album takes you through a journey, an homage of key moments that shaped who Nigesh has become today.

“Armon Show,” is the first and welcome track and is reminiscent of The Beatles’ Magical Mystery Tour and Sgt. Pepper’s Lonely Hearts Club Band.

But Nigesh says his alternative hip hop music is more influenced by bands such as Rage Against the Machine, Childish Gambino, Incubus and John Legend.

The quality of the music, is surprisingly good despite its independent production. 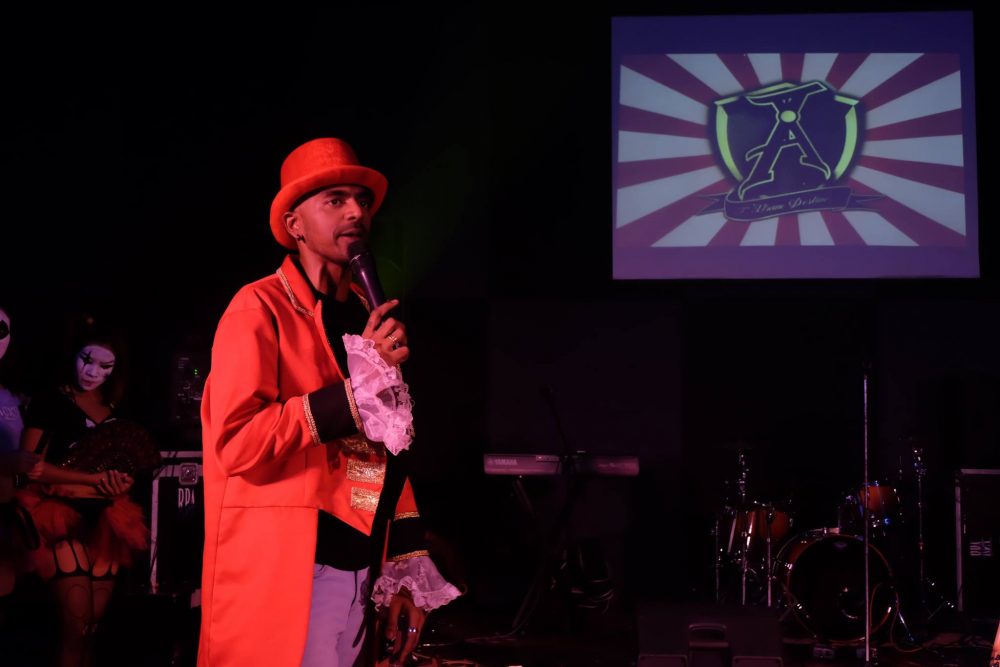 By the end of the entire album, one can sort of picture who Nigesh is.

Songs such as “Hammerhead” and “Thank You”, he says, were inspired by the hazy trips he had while experimenting with coccaine. It might have been the lowest point in his life, but he has turned it around with the production of these two tracks, which are the most powerful in the album.

The album also features “Born to be”, a specific track that tells of Nigesh bouncing back by rising from the ashes.

What makes it even more memorable, is the choice of featured artists on each track and the meticulous music composition.

Featuring like-minded Malaysian artists such as Adam Izzy, Alesia Dhana, Ezekial Jr, Anitha Paul, Jerry Chong, Psytrus, Freida Francis, Nicole Khoo, Sid Murshid, Marvellous Vish, Joe Jenkinson, Russell Curtis, HardCandy, and the kids of The Music Rebels of Nilai International School, the end result is an impression as though every tone that was inserted in each track held a purpose.

Each tone – each sound, infact told a story.

“I intend to touch my audience through my music,” Nigesh told me when I interviewed him at the Mamak joint on a warm Sunday afternoon, the restaurant abuzz.

Adjusting his seat to get a little closer to the table, Nigesh reveals that it was not an easy task.

“It took me six-years of planning before finally deciding to quit my well paying engineering job on August 31 – coincidentally on Merdeka day!” he laughed. 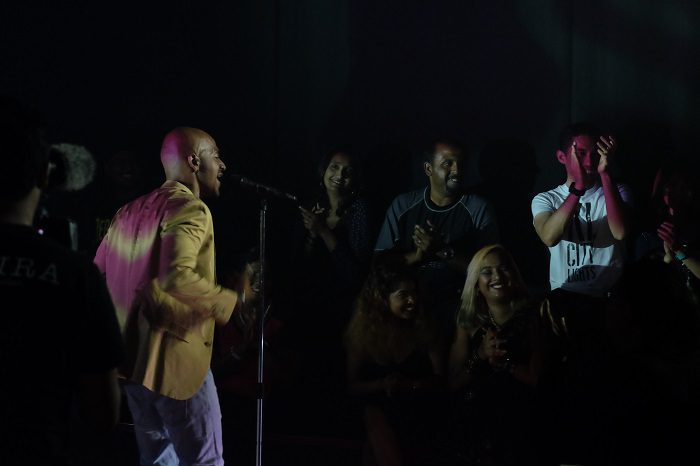 Nigesh, however, says it was thanks to his corporate experience that allowed him to live in this artistic world.

“I mostly felt sad, nostalgic and grateful. I was like…wow, I’m at this point of my life now.

“Without the knowledge I got from there, I wouldn’t have been able to do this. The level of attention to detail, value of time and organisational skills I was taught is not separate from what I want to do here,” he said, adding that these experiences had probably given him an edge in terms of time, compared to other artists.

The testament is in the form of his Facebook fans, which number at over 8,000 on Facebook, a feat many of his peers have not yet achieved, and this even prior to the release of his debut album.

“The corporate environment taught me marketing and the importance of having a social media presence,” Nigesh says.

Nigesh had started working hard to create his brand since 2013.

“I’m actually a solo artist and the band that you see playing was initially only to accompany me. But as the weeks passed, we found that we gelled during practise sessions.

“So these days, whenever you see me up on stage, you’ll see them. They’re Armon too.” Nigesh says.

But why the choice of producing music via an independent record label? I asked him.

Nigesh explains that major labels would usually stipulate what will or will not work for an album. 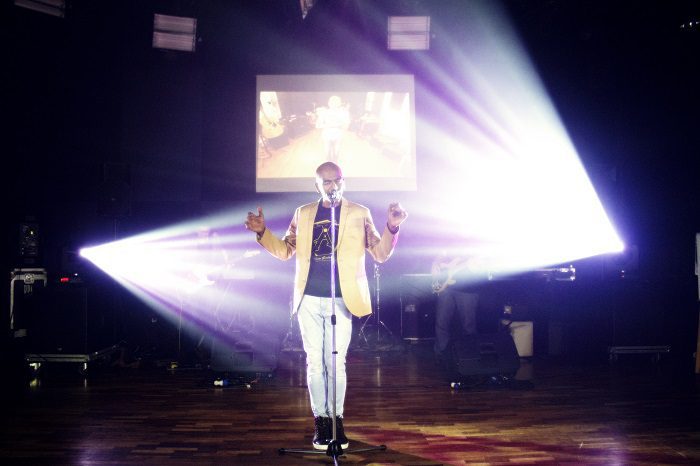 “Nothing is wrong with that as they’re running a business. However, this leaves little room to experiment for the artist. Many musicians get frustrated and leave, only a few stick around.

“I don’t want such a legacy. I want to create my own legacy, my own method and recipe which someone else can emulate.”

Nigesh is considerably a local pioneer to produce an album in such fashion, however, it would not have materialised were it not for his wife, Laveenia Theertha Pathy

“I’m thankful for having Laveenia who told me to pursue what I love. She is my pillar and had it not been for her, I might not have made the leap,” Nigesh says with a smile. 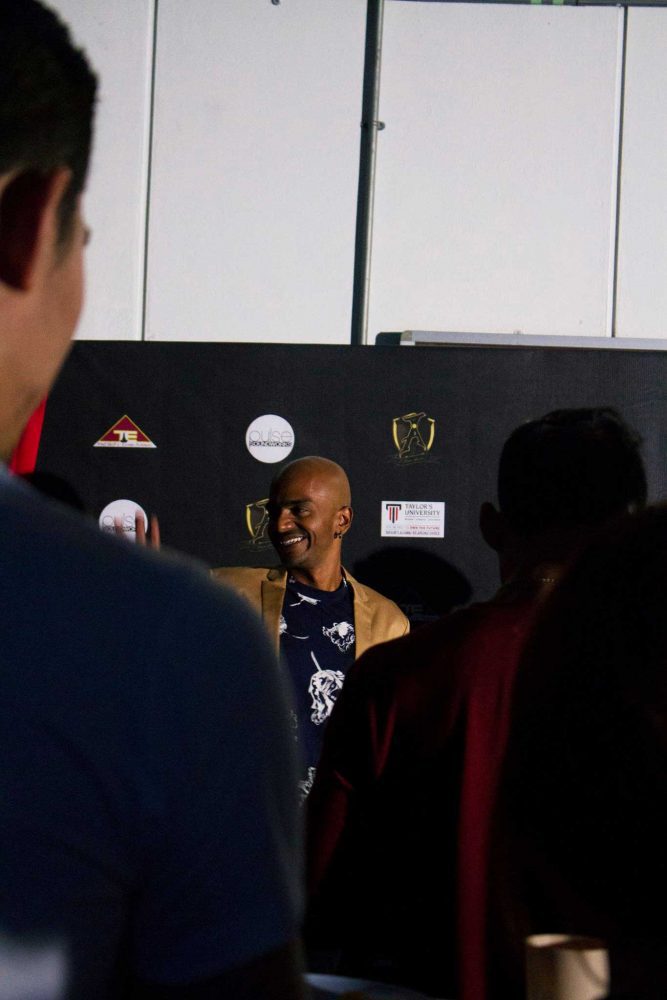 “Now Always Love Together” in the album is dedicated to Laveenia.

Rewinding back to his duel with drugs, I asked Nigesh to shed more light on his battle with addiction.

“It was a one-year bander with marijuana and coccaine,” Nigesh said.

“I was not so badly into it but there were bad incidences and often times I felt I was being an observer – a spectator to what was taking place.” 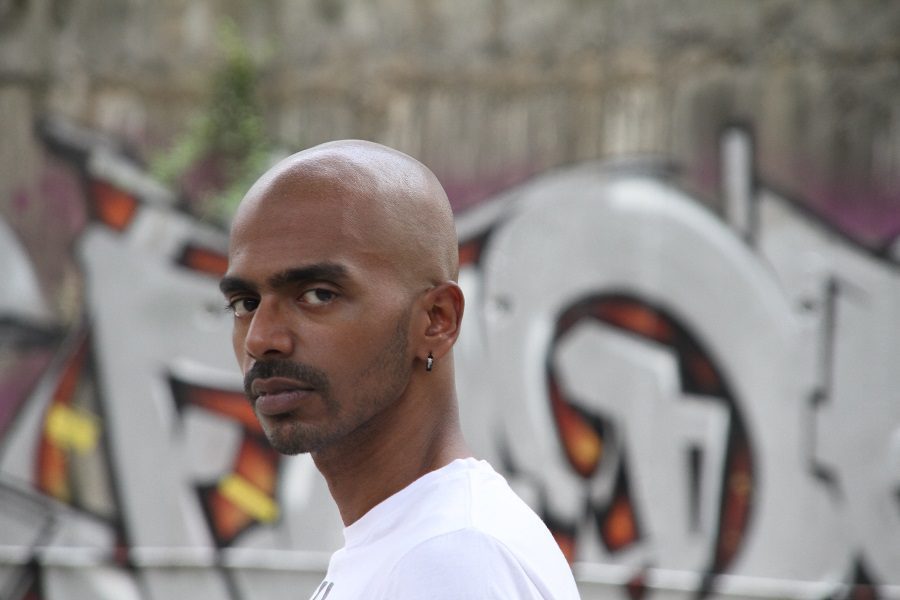 So, what made him turn over a new leaf?

I felt I was not doing anything to make it right.

After accepting himself for who he was, Nigesh decided to remove 70% of the people he knew in his life at that point.

Shedding off individuals who no longer assisted him in being a better person, Nigesh gave more emphasis and focus to music. 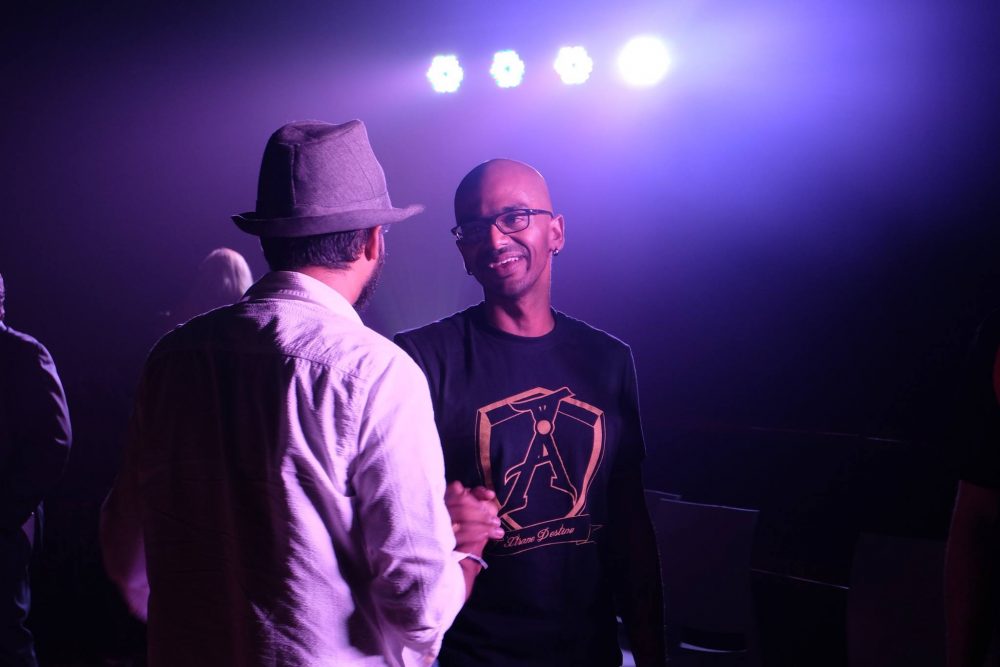 His humility and passion for music has a tendency to move those who come into contact with him, it certainly did me.

As someone present at his album launch in Taylor’s University – Lakeside Campus, I was impressed at the level of attention to detail Nigesh gave to prepare for the launch.

“There are going to be many things that will come and knock you down and test you like ‘Really, you really want do this?’

“It takes immense perseverance and sticking to your intuition. You have to be able to know and believe,” he says.

“This album, basically is a token of my appreciation and gratitude to my teachers; the trials and tribulations I faced. I say to them, “Thank you”.”

Despite having reached the mega milestone of releasing an album (coveted by many local, indiependent bands), Nigesh remains humble.

It is perhaps, one of his most èndearing traits.

Armon’s debut album, “Thank You” is now out on sale. Purchase the album here. Follow Nigesh Armon on Facebook, Instagram, Twitter and Youtube. Want us to review an album or write a feature about your band? Drop us an email to [email protected]