Exploring the purpose of Thaipusam through satire

Never has there been a more apt mockumentary that parodies and at the same time serves as a social commentary on Malaysian Indians and their festivals – specifically Thaipusam.

Enter “Do You Even Thaipusam”, created by the brilliant folks from Naarasimma TV, a Youtube bi-monthly show.

(Subtitles included in the video!)

Its content lead and director, Gogularaajan Rajendran shares with us that the aim of the mockumentary is to highlight issues related to the festival.

“The issues parodied are scenarios faced by many Malaysian Indians in common. These issues have created and perpetuated a negative stereotype towards the Indian community,” the 24-year-old says via Facebook.

Through the eyes of its main character, Velmurugan, the mockumentary depicts issues that are sensitive but pertinent and timely.

Among the issues explored and parodied are hooliganism, gangsterism, pollution, financial exploitation and commercialisation which many have experienced at Thaipusam. Yes, even the infamous spray-paint – or coloring competition, as Velmurugan puts it – makes its way into the mockumentary.

“The premise in portraying these issues as a satire is to question the viewers – what is the actual core purpose of Thaipusam?” Gogularaajan shares.

Implementing guerrilla filming techniques and method acting, the team consisting of eight highly creative individuals shot all the scenes in two-days – a week before this year’s Thaipusam.

“There was complete treatment written for each scene. We secured the flow and important dialogues in paper and followed up with the character design.”

However, the magic, Gogularaajan says is in spontaneity, where the actors – specifically his 29-year-old brother, Kumanavannan Rajendran – had ample of space to improvise his dialogues. Local theatre actor Charles Robert on the other hand portrays the role of the clueless documentary host who is taken for a ride by Velmurugan.

“Throughout the entire shoot, I asked the actors to be completely in character, to walk around and respond to their environment and people.”

There was no “action” or “cut” according to Gogularaajan, who is also an interior and architecture designer.

“The Canon 550D camera was rolling throughout the entire process.”

Kumanavannan who plays the satirical version of an extremely obnoxious Malaysian Indian reveals he was inspired to portray the self-proclaimed Thaipusam enthusiast based on his own personal experiences during the Hindu festival. 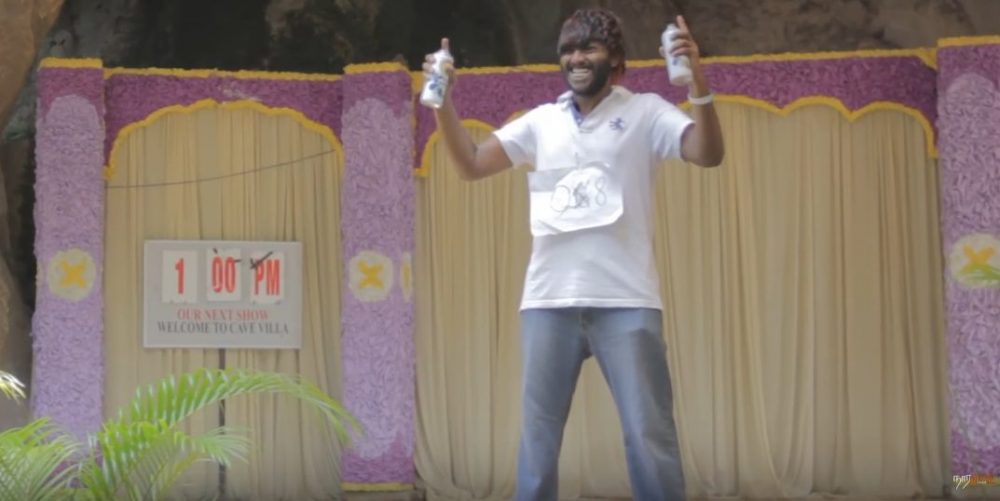 “It was when I saw people like Velmurugan that I started questioning the purpose of Thaipusam which led to bigger questions about faith. What constitutes faith?” he asks.

Combining elements of condemned behaviours immortalised into one ignorant and loud person, Gogularaajan and Narasimma’s director of photography, Sashsi Elan decided to name the character, Velmurugan.

Ironically, Velmurugan is another name of the Hindu deity, Murugan, of which the festival is centred around.

Throughout the twelve-minutes of comedy genius, the mockumentary not only pokes fun but educates viewers on how not to behave during a holy festival.

In one of the scenes, Velmurugan relates with a straight face that Thaipusam is the “biggest Tamil funfair in the world”. It may sound silly and comedic to some, but for a handful that comment may spark an outrage.

However, to his defense, Gogularaajan explains that the mockumentary does not pick sides.

“This (mockumentary) is a subtle version of expressing with very limited emotions included. There have been instances, when we faced back-lash, but we don’t take it personally. Our job is just to make art and to tease the society as neutrally as possible in the hopes they take some action.” 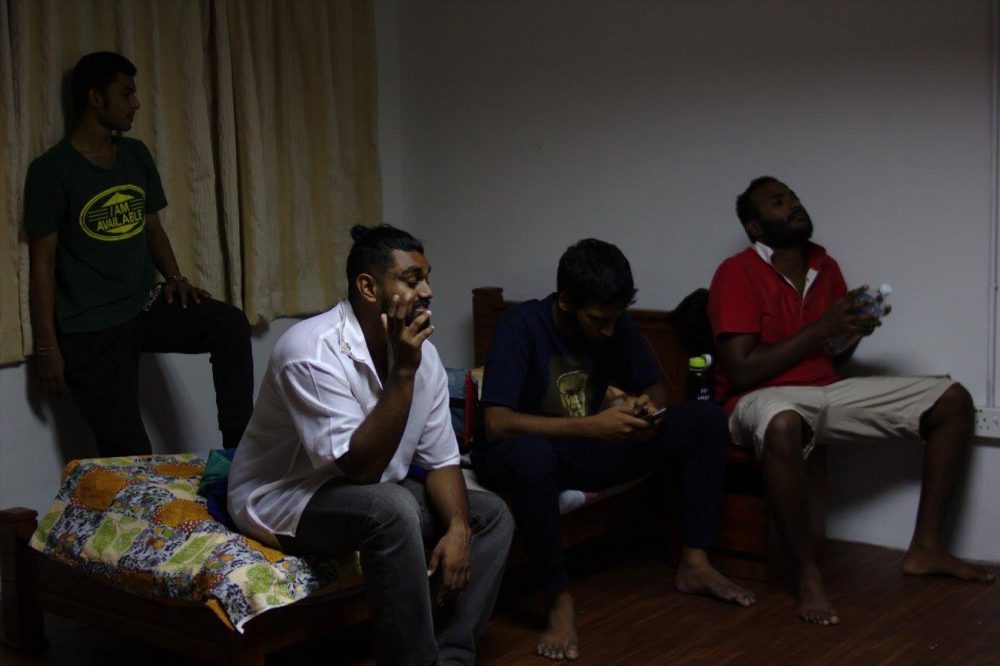 Studying architecture in University Malaya had shaped Gogularaajan’s artistic and philosophical views. During his free time, he would walk around Kuala Lumpur city, sketching the myriad of buildings and learning about her denizens.

I love to document things around me,” he says.

In the weeks to come, he will be creating more satire sketches, vlogs, reaction videos and documentaries through his crewmates; Pratab Jee (Director of Photography), Krishnaa David (Music Director), and Shaavesh Kumaran (Production Manager) of Naarasimma.

“Though our target audiences are Malaysian Tamil speaking Indians, we are also attempting to serve as a bridge to dissolve our culture with others and hopefully create awareness through critical discussions with the aim of breaking stereotypes.”

Follow Naarasimma on Youtube or Facebook. Enjoyed this article? Check out this artist who spray-painted women and turned them into Goddesses! Have a short film or documentary that you would like us to review? Send us an email to [email protected]