Good Southeast Asian literature and its related commentary can be hard to find for some of the people living in this region’s – however, it is possible.

One such gem is the Mekong Review, a quarterly literary journal that aims to bring the region’s literary and intellectual life to a broader audience.

Publishing fiction, essays, reviews and poetry from Cambodia, Myanmar, Thailand, Laos, Vietnam, Malaysia, Singapore and Indonesia, the Mekong Review is an independent publication with no political, institutional or commercial affiliations.

On January 28, thanks to organisers PUSAKA, Tintabudi and IBDE (Inisiatif Buku Darul Ehsan), Malaysians got to engage in a conversation with Minh Bui Jones, the Founding Editor of Mekong Review.

Bui Jones had a background in television and journalism. Based in Sydney, Australia, Bui Jones had worked with organisations such as Australia’s Special Broadcasting Service, SBS, and the Sydney Morning Herald. He had also lived in Britain, Cambodia and Thailand before.

Before the birth of Mekong Review, Bui Jones already had experience in founding magazines, having started magazines such as The Diplomat and American Review.

But what started Mekong Review was the call for contribution by the organisers of the Kampot Writers and Readers Festival in Cambodia.

I ran into two friends who were organizing the festival. They asked me to contribute something, and I said yes.”

“On my way home in a tuk-tuk, it struck me that it’s a perfect time to start a literary magazine, and the festival is three and a half weeks away, so I really have to move quickly.”

Bui Jones explained that in the publishing business, timing is everything – if you are a week too early or a week too late, you will miss the boat.

“When you see an opportunity like that, to launch a literary magazine at a reader’s festival, you just couldn’t dream of a better launchpad for it. There’s momentum, and people are excited and motivated. The festival will help promote your magazine as they promote their event, allowing you resources you might not have.

Within the next day Bui Jones had hit the ground running and formed a team. Despite the short amount of time, he was able to ‘harass’ some people for material and content.

“It was quite exceptional.” 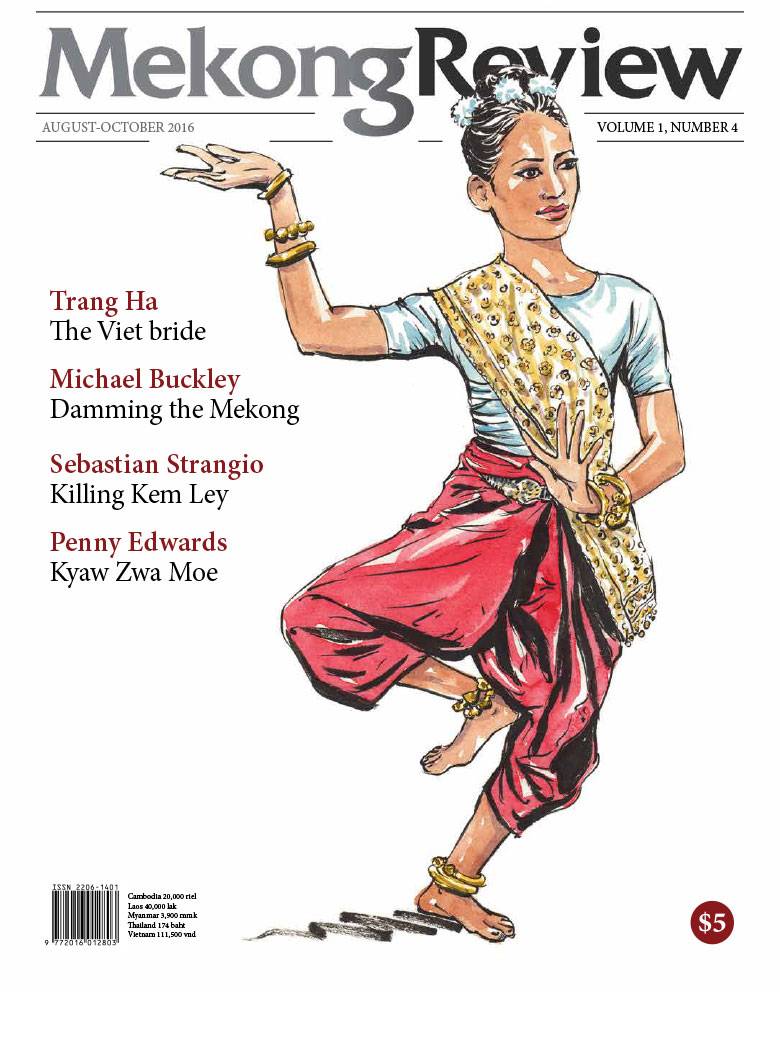 Bui Jones recalled being in contact with someone who was reviewing a book on Henry Kissinger, a controversial American figure who was the mastermind behind the bombing of Cambodia which led to a bloody civil war.

“For a magazine coming out of the region, I feel we must have the review of the book in our first issue.”

The magazine sold about 200 copies at the festival, though Bui Jones revealed that there initially never was a plan for a second issue.

It was after seeing the popular demand and readers asking for a subscription that the following issue was made.

“It was accidental. There was no business plan,” Bui Jones recalled.

For Bui Jones, a literary magazine is by definition not conventional and non-conforming.

“It’s not meant to be successful and ought to have a short life because it’s meant to capture a moment or a spirit. Success is merely an accidental by product.”

He treats every as the last and pours his heart and soul in it.

To me, every issue is a minor miracle.”

A miracle indeed. In November last year, two years after its launch, the Mekong Review broadened its coverage to Malaysia and Singapore. Previously, it was covering only the five countries of the Mekong region.

“Again, this was accidental. We initially had some readers from Singapore asking for a few copies, and not long after, there were Malaysian readers who asked the same, so that got me thinking.”

Being an English language literary magazine, Bui Jones felt that sticking just to the Mekong region would see the magazine recycling its stories and ideas sooner or later.

However, the geopolitical issues plaguing the five countries were also blessings in disguise and at times even curses.

“In the cultural streets of Phnom Penh, every third person is a writer, artist or photographer.”

Bui Jones said these people were refugees from Bangkok who left Thailand because the authorities had made it difficult for freelancers to work in the country.

“They have stopped giving out visas and working in Bangkok had become a very difficult proposition for journalists.”

Along with them were the discontented souls from places like Europe, Australia and America, who were drifting around and just wanting to write or do something useful.

However, that’s all gone now unfortunately, due to the media crackdown. Bui Jones elaborated on how the crackdown had affected the production of the magazine.

Our printer in Phnom Penh that we had been using for four issues panicked and gave us notice that they are not going to print us anymore, leaving us stranded days before we were to go into press.”

It’s very difficult to find a new printer in such a short time, Bui Jones explained, because to print a magazine, one needs to have a relationship with the printer.

“It’s heartbreaking. It’s not like the Internet, where you press a button and most of the work is done for you.”

Luckily, a friend managed to introduce a printer in George Town, Penang, and the Mekong Review had been printed there ever since.

When asked about the political climate in the Southeast Asian region, Bui Jones said that you shouldn’t anticipate them. It’s very difficult to know where the lines are.

“It’s like crossing the road in Saigon, you just have to hope for the best. I’m a political animal; politics is important to me.”

As an Asian, Bui Jones doesn’t want to cover the region’s politics from a Western perspective.

“I don’t want to harangue; I don’t want to simply drop into Phnom Penh and say ‘Oh god, this is not a democracy! It’s outrageous!’ I think the best way to cover politics is through understanding the people and the culture, allowing you to dig deeper and closer to the roots of the politics.”

He added that a lot of what we see are merely shadow play on the walls, and not the politics itself.

“It’s often this show that are lost on Western observers, because it’s not meant for them.”

In Vietnam, the Mekong Review had what Bui Jones described as an almost underground existence, where the magazine is sold under the counter.

Media crackdowns had severely reduced the number of shops selling the magazine. Currently there are only two.

Bui Jones revealed that he even had ‘mules’ who transported the magazine by buses or ships, then leaving it on the sidewalk to be picked up.

I rely on a lot of friends to deliver the copies.”

There was this one time where he had asked a bus driver to help deliver about 200 copies of the magazine which ended up in a warehouse.

“We then had to spend three days looking for said warehouse. We never used that bus company again.”

Indeed, Bui Jones himself does his own delivery whenever he visits Malaysia. In this trip alone, he took a few hundred copies to Cambodia.

What drives him is an indomitable love for journalism.

“I absolutely love, love (journalism) to death. I think it’s a public service. We serve the readers. I do this because I feel like have to. Otherwise, I’d be doing something else, like knitting socks.”