Celebrating the trials and tribulations of fatherhood through comics

Being a parent is not an easy task. Just ask us as we try to juggle our full time jobs, Eksentrika and our mischievous two-year-old all at the same time. 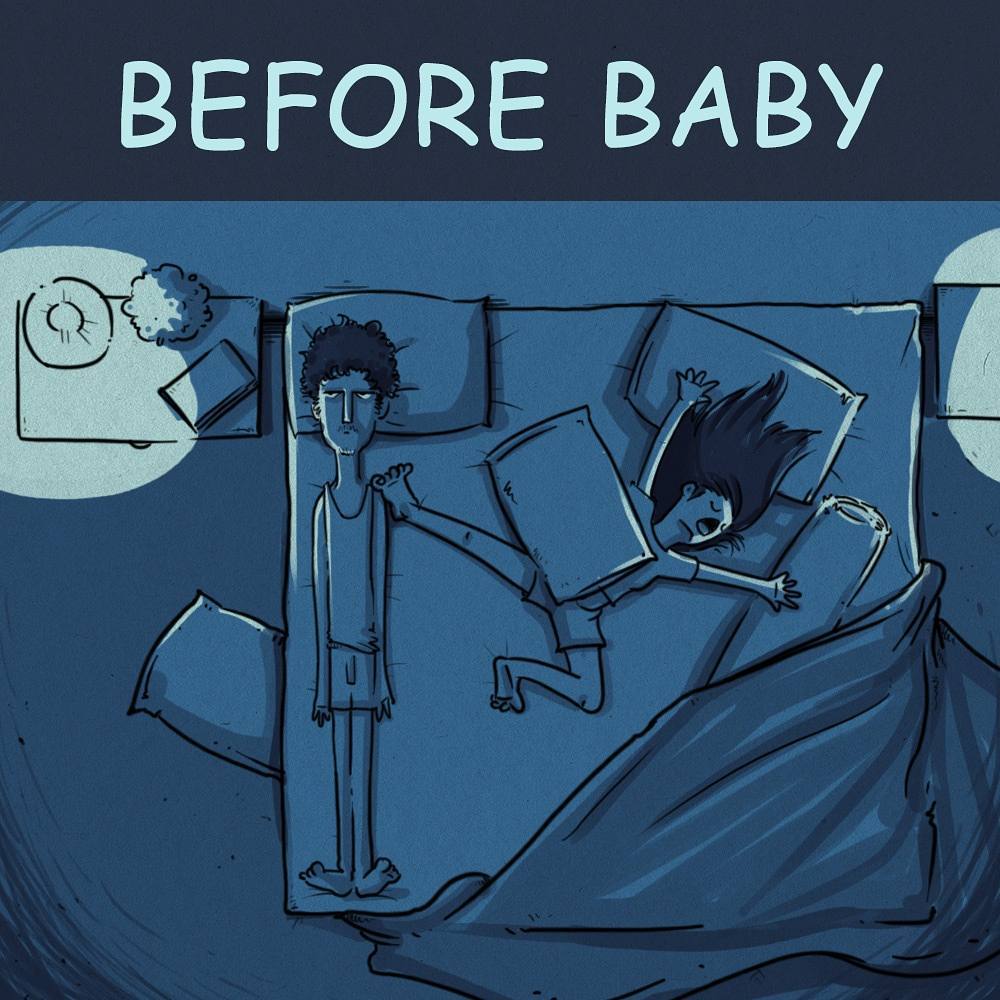 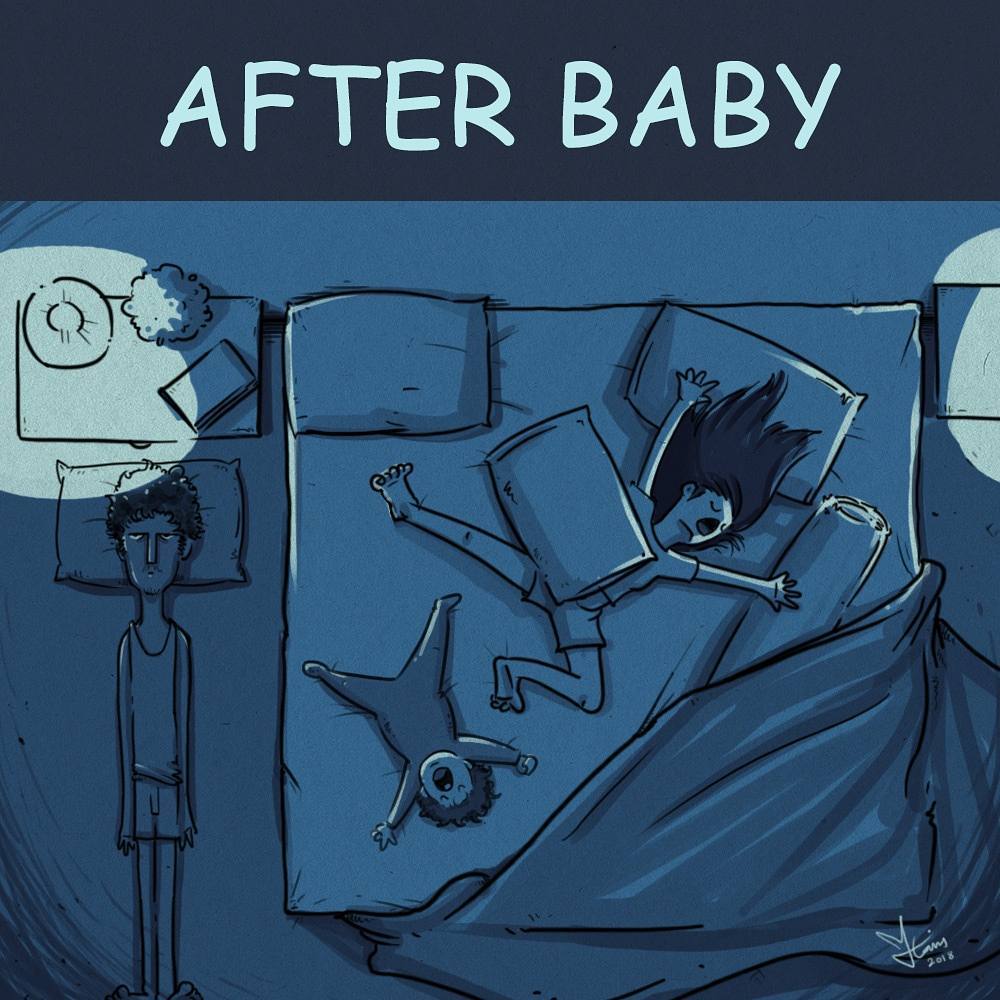 So when I chanced upon Megat Harris Megat Hisham aka Harry Harco’s cute comic featuring himself, his daughter and his wife, the first thing that popped in my head was, “OMG! I’m not the only one!”

This was followed with nervous giggles of relief. 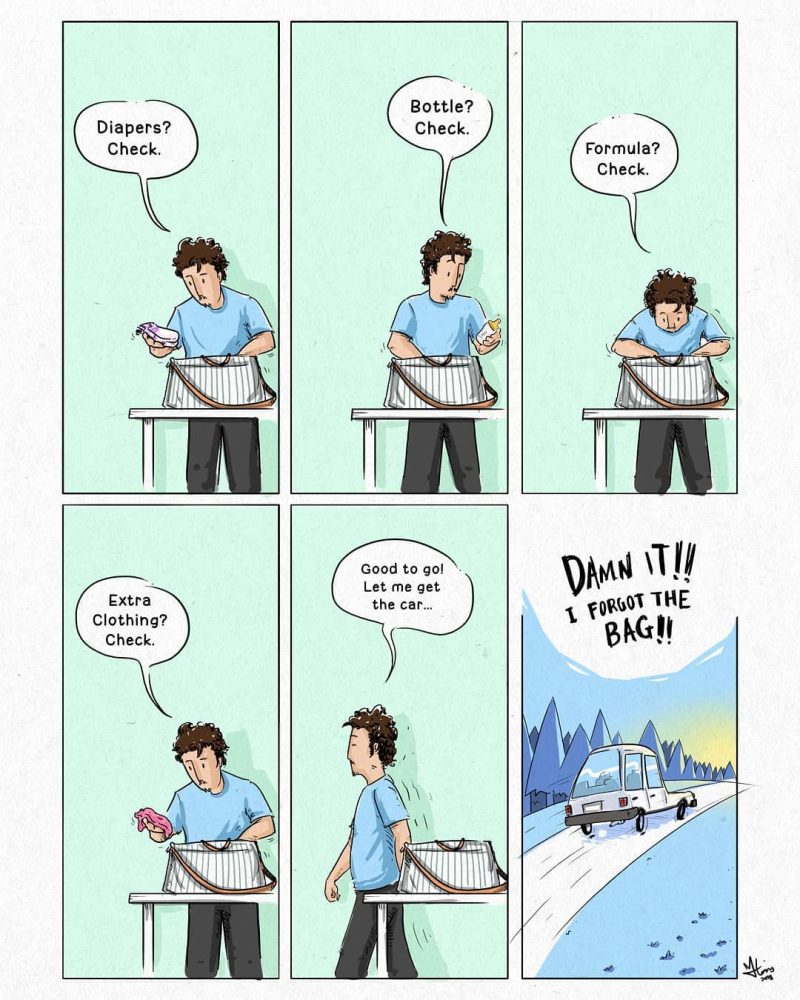 Such is the power of Harris’ comics that to us they’re a form of catharsis.

Born and raised in Subang Jaya, Selangor, Harris’ who is the second last in his family was introduced to the arts at a very young age thanks to his artistic mum. 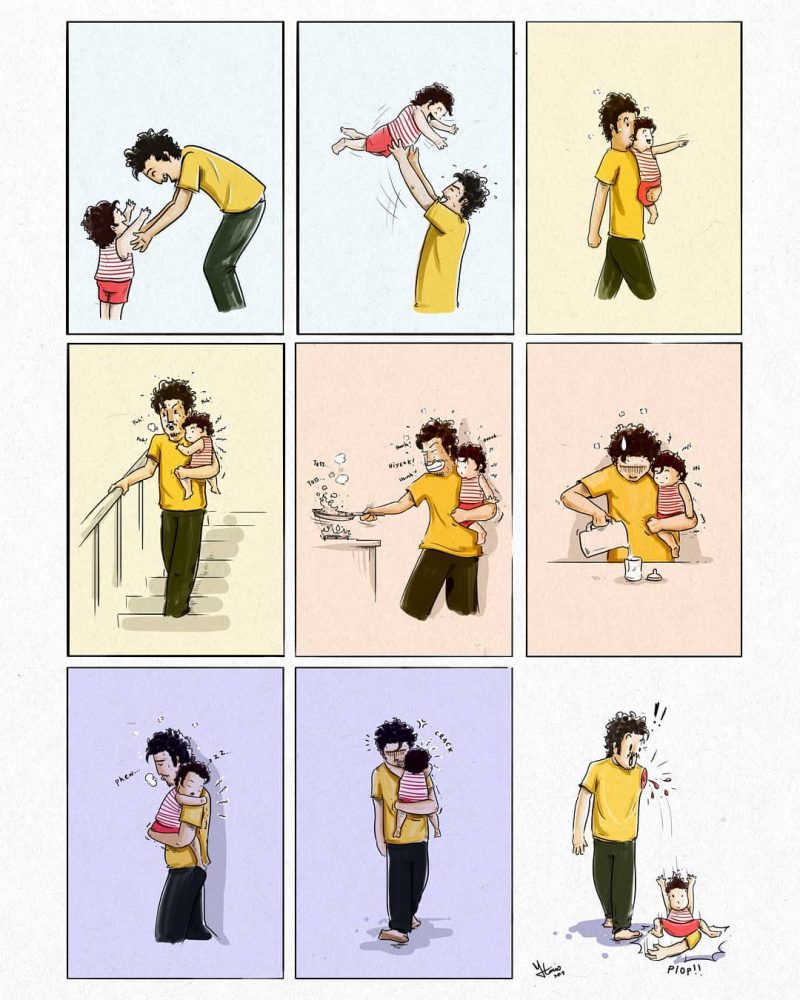 “She would always help us out with our Pendidikan Seni work and teaches us the ‘techniques’ and what not. But it wasn’t just drawing or painting, she was into music and dance too!”

“So I guess what I want to say is, in the words of Will.i.am, “I got it from my Mama.”” Harris’ quips when we spoke via Facebook recently.

Harris’ did draw a few comic strips here and there before he became a dad but it never really clicked until Puteri Julia was born two years ago. 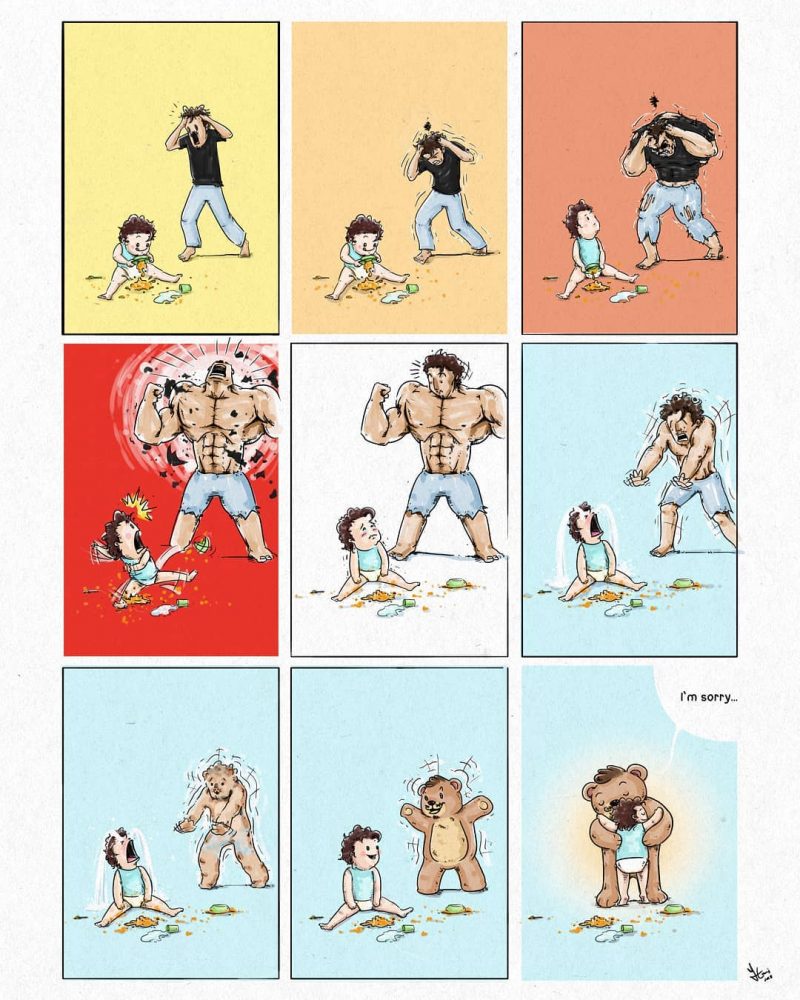 “After our daughter was born everything in our lives changed. It was pretty shocking at first because all these comical stuff kept happening and I couldn’t help but to take note and just vent out my frustration, love, anger and happiness all onto pen and paper,” the 32-year-old says.

The full time graphic designer adds that the struggle of being a parent is real. 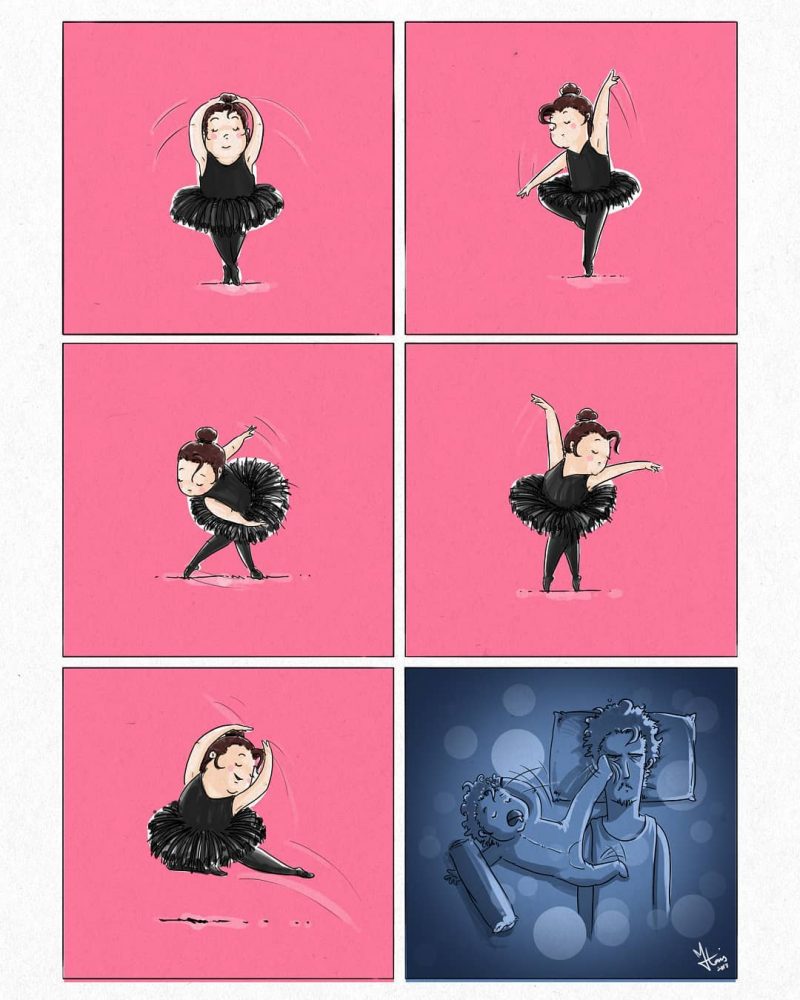 “It’s all about time management and priorities.. I mean, if I know my priorities then I can ignore the noise and focus on what matters most, which is my family.”

What is gorgeous about Harris’ comics are the immortalisation of his daughter’s personalities, quirks and characteristics. (And we just love the way she’s drawn, she’s sooo cute #pinchescheekssampailebam) 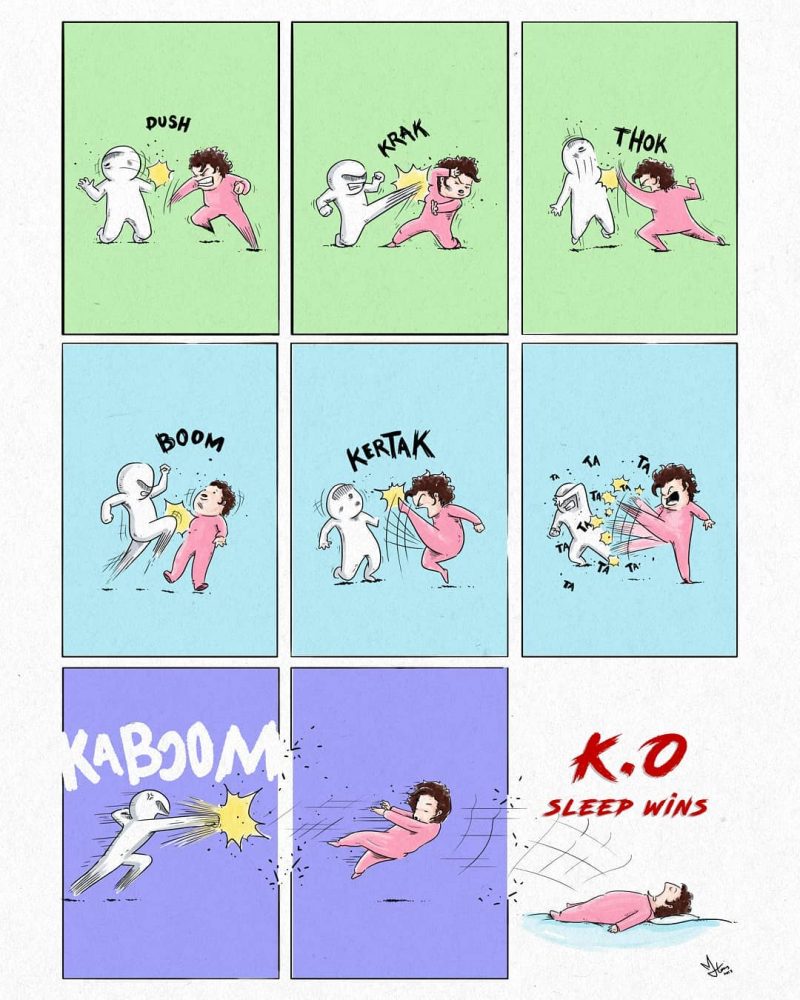 “She’s such a sweetheart, she’s dainty, cautious, a picky-eater, looooves talking, singing and dancing. Her favourite show is Peppa Pig and her favourite song right now is Yellow Submarine! (she knows the lyrics more than my wife!)”

When asked on the process of creating the comics, Harris says it all starts in the head. He then proceeds to sketch the ideas out on paper. 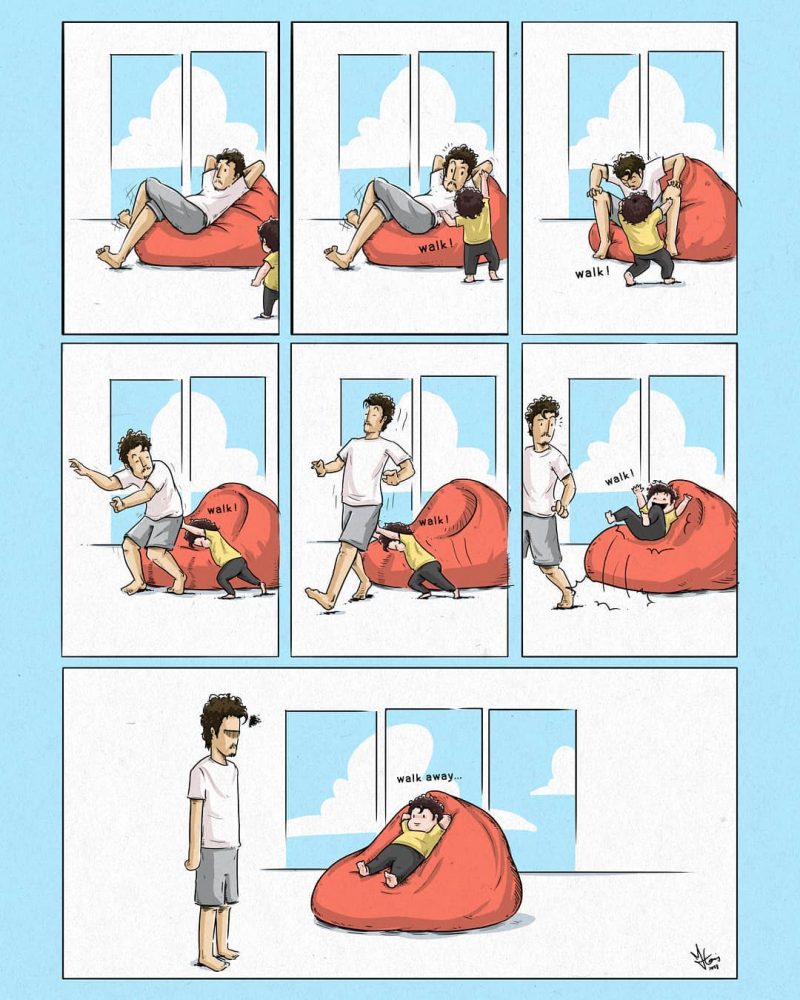 “After a couple of sketches, next (it) would be digitized on Adobe Photoshop. I’ll start with the framing, then sketching the outlines proportionately.”

The sketching is then followed by inking and Harris finishes it with colouring the comic. 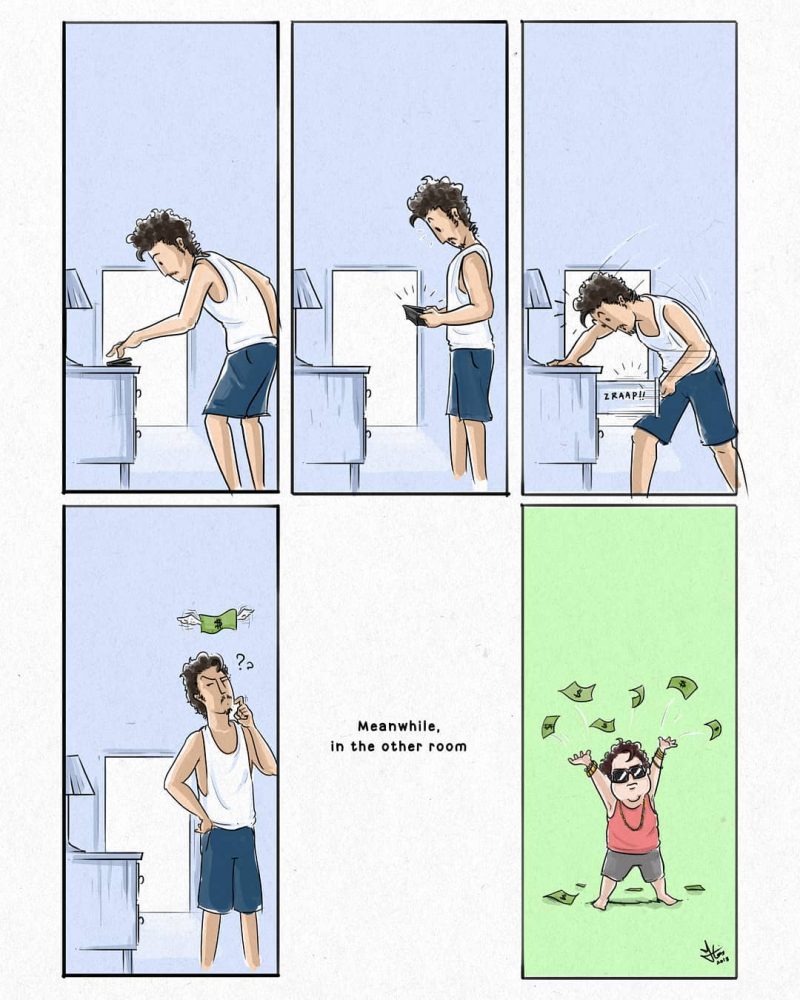 Interestingly, Harris also has an editor who vets through the comics!

“I will always let my wife read the comics before anyone else. Once she approves, only then I’ll share it on social media. You now what they say, “Happy wife, happy life”.” 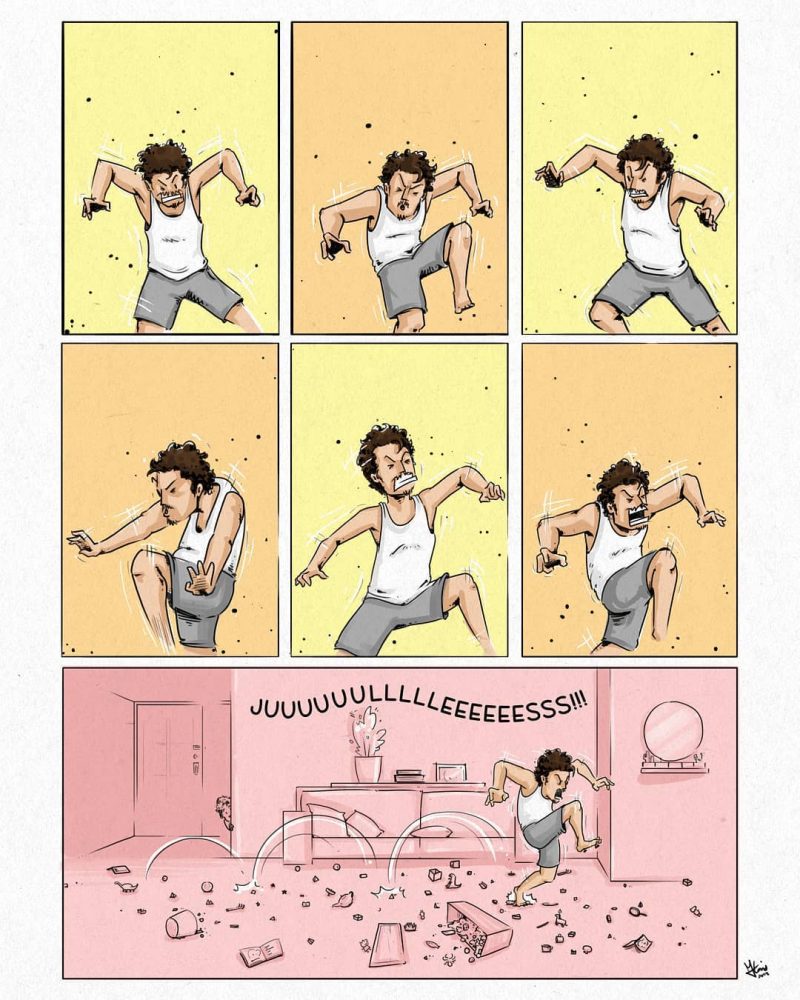 Harris does intend to publish these comics as a collection when the time is ripe. They would definitely make a good addition to any comic loving parents’ bookshelf!

On his daughter’s reaction reading the comics in 20 years time, Harris has this to say: “I hope she likes it! haha..ha..ha (nervous laughter)”

Follow Megat Harris’s adventure as a father on Instagram! Do check out his art portfolio as well! Know any parents who does crazy artsy stuff such as Harris? Email us at [email protected] To all fathers, Happy Father’s Day!