The American actress, writer, producer, and humorist passed away at the age of 60 four days after going into cardiac arrest during an airplane flight.

For many, the news came as a shock as Carrie was a symbol of strength and courage. Her philosophy and outlook on life, despite suffering from bipolar disorder and drug addiction, served as an inspiration to many.

Based on these artworks created by Malaysian artists, her legacy will continue to live on. 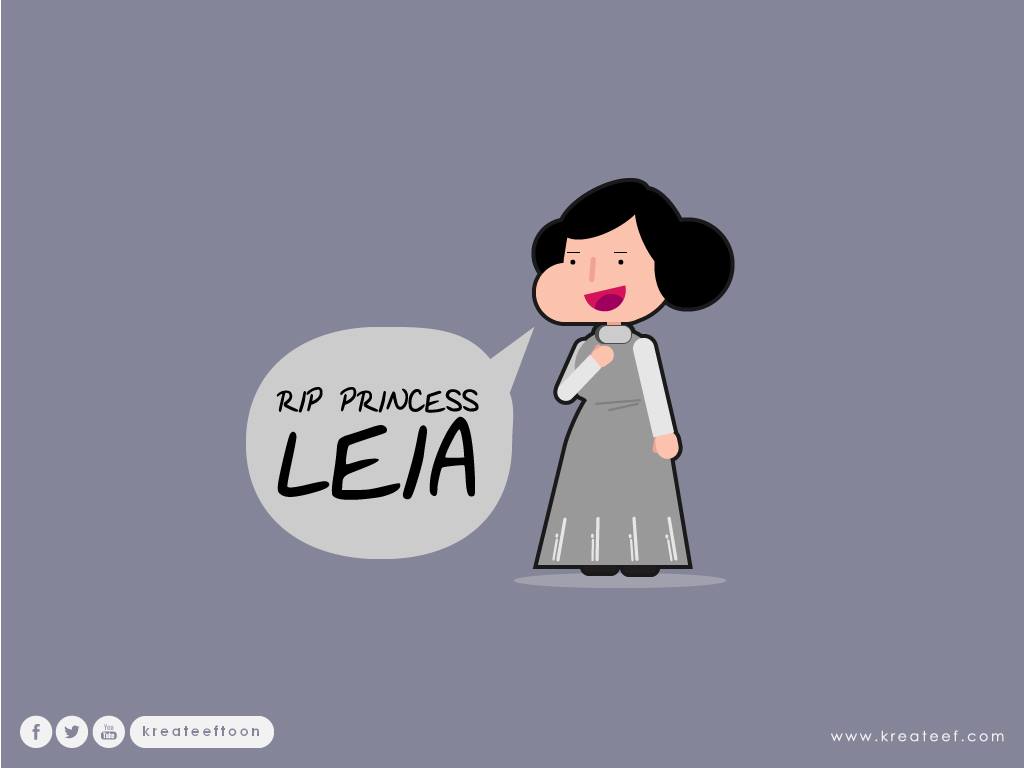 And this one may not be an artwork but it is still a work of art nevertheless..

Did you create artworks as a tribute to the late Carrie Fisher too? Send us your work and link to your website or social media pages to [email protected] May the Force be with you, always.