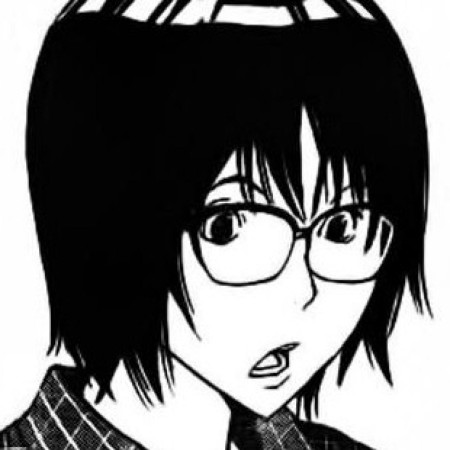 The house was dead quiet. I had been fast asleep one moment, then wide awake the next. There was no in-between. The usual drowsiness that came hand-in-hand with such a sudden – almost violent – transition between sleep and wakefulness was non-existent. The silence that surrounded me was almost unnatural. I couldn’t hear the wind outside the windows, nor the creaking of the house settling in the night. Not a single sound.

I had gone to bed at midnight. A rare feat. Tuckered out by a day spent doing laundry, house chores, settling bills, and buying groceries. Age was catching up. In another five years, I’d be in bed at ten and awake at four. A fearful prospect, if there ever was one. The world kept spinning, and the body spun along on invisible threads, slowly drained of vitality and vigour.

Sitting upright in bed, I strained my ears and stretched out my arms. Still, not a single thing stirred. It was as if my senses had been muffled somehow by a thick, heavy carpet. In the darkness, I fumbled for the bedside lamp and turned it on. The click was reassuring. My ears still worked, after all.

Now, wide awake at three in the morning on a day when I had to go in at work early to make sure everything was in shape before we opened for the lunchtime crowd, I was hungry.

I did pick up those slices of smoked ham earlier. Would go well with some bread. Maybe even fry it up, and add some asparagus. There were a few sprigs somewhere in the fridge if memory served me. Sighing, I got out of bed and made my way toward the kitchen.

The creak of the floorboards sounded like out-of-tune piano keys. An unintelligible melody of footsteps in the dead of the night. I got to the kitchen and flipped the light switch.

“Fuck!” I screamed as I did. “Just how long have you been sitting there?!”

She lifted her head from between her arms where she sat at the kitchen counter and stared at me. She had been crying, from the looks of it. Her mascara was running in unsightly black lines at the corner of her eyes. Sniffling, she shifted in her seat and pulled her coat closer around her.

“Shut up. I walk into my kitchen in the middle of the night to find a woman sitting in my kitchen all hunched over, dressed in black with her hair over her eyes and you expect me not to be surprised?”

She pulled a tissue from the pack in front of her and blew her nose. Loudly.

“When did you get back? And how the hell did you get in this time? I don’t leave the spare out anymore.”

“Made one for myself the last time I was here,” she said without looking up.

“You know, you could at least call. There’s something called a telephone these days. Maybe you’ve heard of it. Almost called the cops on you,” I sighed, calming myself.

“You’d call the cops on your own twin sister?”

“Could’ve been anyone sitting in my kitchen. No, seriously, call first. What if I had someone over?”

She giggled in between tears. I didn’t know whether to feel amused or insulted.

“Someone over? You? Don’t… don’t make me laugh,” she stammered.

I let out another loud, deliberate sigh. “So? What happened this time? You’re supposed to be halfway around the world. Do mom and dad know?”

She was the reason I woke up, I thought to myself. No wonder something felt off.

“I-I want some noodles. The ones you always make. T-That’s why you’re awake, right?” she sniffed.

“Hate to break it to you, but I’m all out. You were right; too much instant noodles are bad for you. Haven’t restocked in quite some time.”

She stared at me like I had just told her the world was ending. “B-but… not even one packet?”

“Nope. Not even a single packet.”

At this, she started crying all over again.

I wasn’t going to deal with this at three in the morning, twin sister or not. My hunger was overriding my empathy at the moment. Getting the ham and some asparagus out of the fridge, I busied myself with cleaning the sprigs at the sink.

“W-what’re you making now?” I heard her say.

“Ham. And some vegetables. Maybe get some cheese, and make a sandwich. I haven’t really decided yet.”

I heard her blow her nose again.

“You got a lighter? Or matches?”

“Hey, I asked, you didn’t answer,” I said irritably, turning around. “Now, you can either grow up and tell me what you’re doing in my house in the middle of the night or I’m going to finish making this sandwich, eat it, and go back to bed. I’ve got to be up early tomorrow.”

“Make me a sandwich too.”

I honestly felt like throwing the asparagus at her face. She drove me nuts sometimes. No, no that would be a waste of good asparagus. Taking a deep breath, I went back to preparing my ham and cheese and asparagus sandwich. For two.

“Hey,” she said. I hated it when she started her sentences with ‘hey’. It meant that she wanted my opinion on something. And I didn’t have many opinions to offer under these circumstances.

“What do you think love is?”

She shrugged. “Just wondering what your take on it is.”

“When you’re hungry and tired like I am right now, I would say love is a tasty meal and a warm bed. So maybe love is circumstantial.”

“Look, I don’t have anything deep or insightful for you right now, okay? I can’t say anything that anyone smarter or brighter or more experienced has already said before. Go read a book or something and come up with your own answers,” I replied, annoyed.

So is your face right now, I wanted to say, but I held my tongue and went on slicing up the ham.

“I… I called it off with Ethan,” she said after a bit.

“Really?” I said without a hint of surprise. “Why?”

“He was cheating on me.”

“Is that why you flew back?”

I was almost done making the sandwiches, so I kept quiet and waited to see what else she had to say.

“If you ask me…” she began haltingly.

“Hmm?” I mumbled as I arranged the sandwiches on the plates.

“Love doesn’t exist. Convenience does, though.”

“How do you figure?”

“It’s like, people usually go for the most convenient choice, right? Think about it. If there were two equally beautiful girls who desired you, one of whom was here right now in this room, and the other a million miles away, which one would you choose?”

“Neither. I’d choose this sandwich,” I said, taking a bite. Heavenly.

“You’re impossible,” she sighed as I laid the plate out in front of her.

“So is that what happened? What your little analogy was all about?”

She didn’t reply and just continued munching on her sandwich.

I continued eating mine.

“Love is a hundred million things, and yet nothing at all,” I said, without really meaning to. The words just formed themselves on the tip of my tongue, leaping out as I opened my mouth.

“It’s mercurial, illusionary and everyone wants to give it physical form so that they can grasp it somehow, this thing called ‘love’. You can’t pin it on any one thing. There are all kinds of love, as many as there are people in this world.”

She stopped chewing for a while and thought about this. “Sounds like something you would say. Completely wishy-washy, indecisive.”

We finished at about the same time and stared at our empty plates.

As I got up to prepare some more, I remembered something. “I got a letter the other day. From Ying. She says hi. And that to tell you she had a bad feeling about the guy from the start. Looks like she was right.”

“Ying…” she whispered. “I see. She’s always right about things like this.”

I piled up the remaining slices of ham and stuffed the cheese in generous amounts between the bread.

“The letter was mailed from Hungary. Some town whose name I can’t pronounce.”

“I wonder what she would have said. About love.”

“You can ask her yourself when you see her.

“Ying is she still… you know?”

“This is why I’ll never believe you when you say you might have someone over.”

I smiled a little to myself.

The Visitors by Connla Stokes

Another Dreary Day by Wynn Chng

Nenek And The Repurposed Boat by Aniq Ai

Cover image by Alex Green / Pexels. The copyright of ‘Love and Sandwiches” belongs to Russell Ting.

The Visitors by Connla Stokes

Another Dreary Day by Wynn Chng