The legend of Mahsuri, a tale of a beautiful woman’s curse for Malaysia’s Langkawi island, is now available in a vivid film, with captivating musical soundtrack.

Liver & Lung Productions, the Malaysian theatre company behind Sepet The Musical, are now releasing Mahsuri (& Other Peculiar Tales) in the form of a film and Spotify soundtrack.

Learn how Shafeeq, alongside best friend, Hannah Shields and a cast and crew of under 20-people, raised to life, a film that is a feast for the eyes to rival larger budget productions.

How did you manage to pull off filming a musical under the pandemic constraints? What were the challenges and how did you overcome them?

Firstly, this project has been in the pipeline for a long time. I first wrote Mahsuri (& Other Peculiar Tales) in 2016 (when Liver & Lung was a baby company!). We performed the show in small cafes across Kuala Lumpur and Petaling Jaya and that’s how we made a name for ourselves.

It was after we won our first Cammie in 2017 for Innovation in Musical Theatre that I came up with the idea for the short film. I spent the last three years developing the screenplay, arranging the music and adapting the stage version for film. 2020 was always supposed to be when we started filming and we were lucky enough to have filmed it in January, just before COVID kicked off.

The pandemic posed challenges in the post-production process, of course. We had to edit, produce the music, record the album and come up with marketing strategies in lockdown environments. Being creative in a time of crisis is challenging, but I’m a firm believer that dreams are always worth pursuing.

How many crew and cast members were involved in the filming and how long did the production take?

What is a film without its team? At Liver & Lung, we have a whole family of people championing a vision together.

My cinematographer, Riz Hamzah, did an excellent job behind the cameras. My mother worked with Aron Nawi Creations to develop the costumes for the film. I led a team of four brilliant rising film editors who helped stitch the short together. My producer Su En Hoh and my co-founder Hannah Shields (who came all the way from London to dramaturge!) were amazing contributors and I collaborated with the talented Irena Taib and Badrish who produced and arranged the soundtrack that we launched earlier this year (the tracks sound amazing – check them out on Spotify!).

Of course, the cast were so supportive during the process. I had worked with Nave VJ, Badrish, Badrika Baluch, Joshua Gui and Nabilah Hamid before but I think this is honestly their best work yet.

In total, the project involved 5 actors, 3 designers, 5 camera-men and editors, 4 music professionals… and me!

The costumes were especially impressive, tell us more about the design, designer and makers – how true to history is it as a depiction?

Thank you! The costumes were created by Aron Nawi Creations, who helped execute my vision as director.

I’m glad you mentioned authenticity. I’ve always believed that being true to the narrative is critical when it comes to making audiences believe in your stories.

However, with this project, because of the nature of its context (Adam, our protagonist, gets lost in a book and the world around him transforms) and because it has a contemporary objective and style (it’s an English-language film, casting was racially-blind, music was a blend of sounds…), we took a more liberal approach to design.

We wanted to celebrate Malaysia’s many influences and cultures. The costumes are not particularly Kedah or Langakawi-specific and they may not be authentically of their time but they are colourful and beautiful and celebrate Malaysia’s rich heritage. This has always been the objective behind Mahsuri (& Other Peculiar Tales).

Were the filming locations taken anywhere in Langkawi? What locations will be featured in the film?

I would have LOVED to have filmed in Langkawi! Fun fact: I wrote two of the songs on the film in Langkawi! The island is beautiful and has a special place in my heart!

Alas, budget constraints (and COVID constraints) forced us to shoot in KL and Selangor. The beach scenes you witness when Mahsuri arrives from Siam are filmed on Morib Beach and the rest are boutique vintage hotels across the region. Location hunting was especially tough this year!

What inspired you to pick the legend of Mahsuri? How has it impacted you personally?

What is there not to love about Mahsuri? It’s dramatic, it features amazing strong female leads, it’s mystical, whimsical and it’s romantic. I always find so much of comfort in the fact that the legends and stories we were brought up on as a nation have so much of colour and vibrancy. It really makes me optimistic about the future of our country as a cultural capital.

Tell us more about the film storyline – will it be a strict adaptation or loosely based on the Mahsuri legend?

Mahsuri (& Other Peculiar Tales) is a six-song musical film that depicts the legend of Mahsuri, a Malaysian tale of a beautiful woman wrongly accused of adultery. The story blends South and South East Asian sounds and influences with contemporary musical theatre elements to reimagine the legend, documenting Mahsuri’s arrival in Langkawi, her romance with the warrior Wan Derus and her untimely death at the hands of her evil mother-in-law, Mahura. It’s a loose adaptation and we use artistic license to contemporise the story.

It’s important to note that the film starts in a modern-day classroom and our protagonist, Adam, an autistic boy who can’t make sense of the world around him, gets lost in a book that he stumbles upon. The world around him changes as the book transports him to 18th Century Langkawi. He ends up serving as the narrator of the legend. Who knows… maybe the legend has the potential to teach him a few lessons about life?

st was copied and pasted from Eksentrika.

What was the budget for this production and how will the costs be recouped?

We originated as a musical theatre production company so migrating to a business model for filmmaking was a challenge. The return on investment with filmmaking is less instantaneous and the start-up costs are significantly higher. We had to adapt and change a few business design principles in order to make the leap, in particular, our view on cost recovery.

With film, it’s important to have bigger ambitions and bigger risk appetites. While the costs for this film will not be recovered, we have bigger dreams for the product. In fact, we are positioning this short film as a potential pilot for a larger musical TV series, where every episode explores a different Malaysian legend. Fingers crossed and keep us in your prayers! 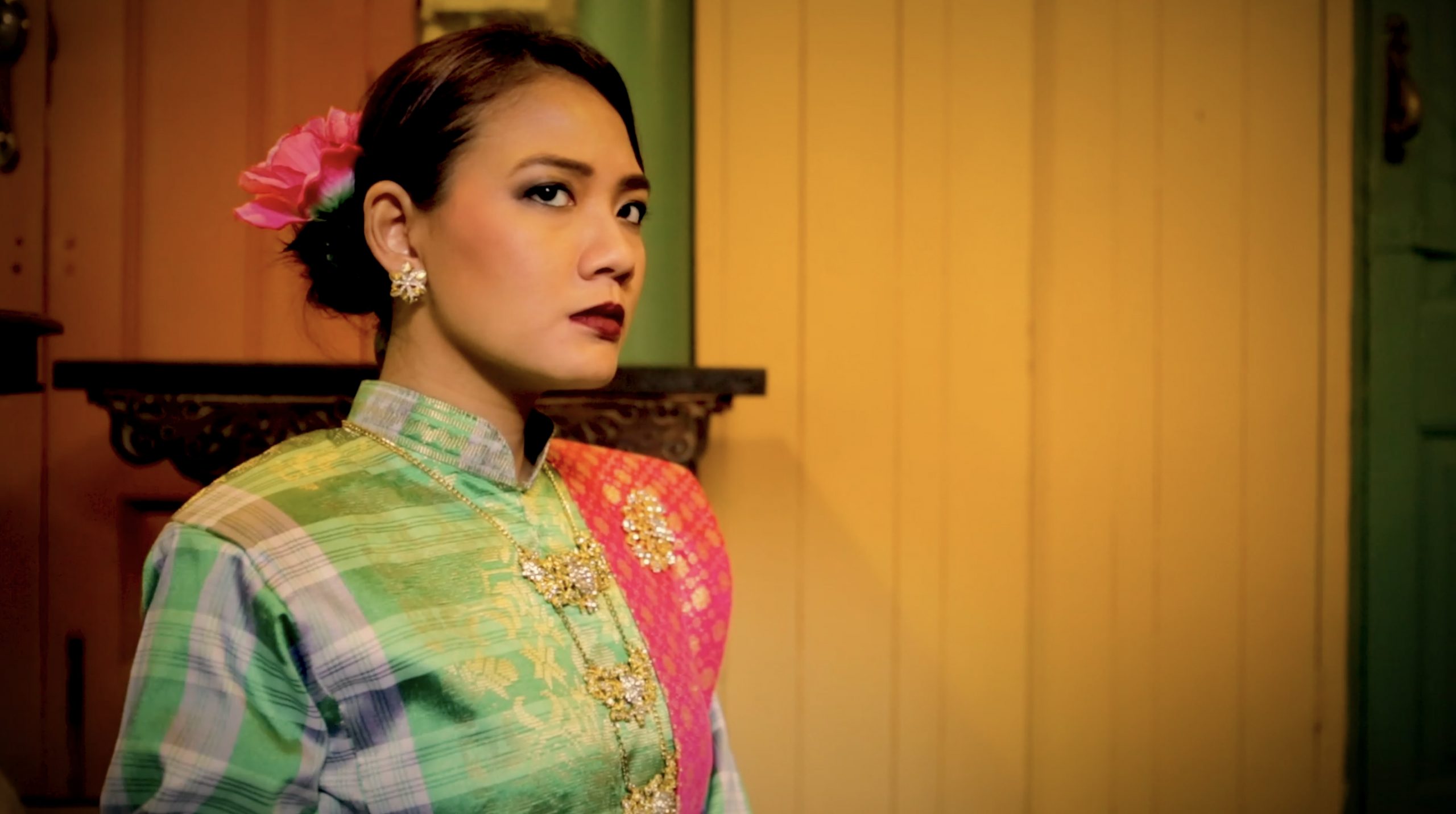 When it’s released, how can Malaysians/global netizens access it? Will it be in cinemas?

Viewers, for RM15, will be able to purchase online tickets to virtual screenings of the film on Peatix Live. The screenings will take place at 8PM on the 8th-10th of January.

What is the most profound learning you have gleaned from making this production?

Believe in your dreams. Sometimes, your dreams may seem far off and distant, but if your intentions are sound and you surround yourself with people that you love, they will come true. Commit to the vision.

What’s next for Liver & Lung – what can the public expect?

Good question! 2021 is going to be an exciting year for us… just you wait! Two things:

Firstly, we are working on further digital soundtrack releases. People have been begging us to release the soundtrack for Sepet The Musical… Let’s just say that the project is in the pipeline. We have also been working on a project that will hopefully make a name for us internationally. That may mean a brief departure from local narratives.

Secondly, we really believe in the KL arts scene and have committed to developing a coordinated effort to bring artists together in a post-COVID world. This is a huge project and we’ll be announcing it very shortly!

To catch Mahsuri & Other Peculiar Tales on January 8 – 10, 2021, purchase tickets here. You can also support Liver & Lung Productions on Facebook, Instagram, and YouTube. Listen to their music on Spotify.

Read these helpful posts too:

Just How Did ‘The Working Dead’ Managed To Sell 9 Full Shows?