How To Embrace A Foreign Culture And Remain True To Your Own?

Born and raised in Penang, Lilian Li is a Malaysian author who recently published her debut novel, The House of Koi.

The book, based on Lilian’s own personal life, concerns young Mila who is torn in choosing two identities. The plot of the book revolves around a central theme of Mila deciding between fitting into her American international school or choosing to be Malaysian.

Lilian, who is currently majoring in Advertising and minoring in English at the Boston University, reveals that writing the novel has helped her process her childhood.

#TerrierTuesdays: Meet Lilian Li (COM’21). Coming from Penang, Malaysia, her transition to Boston was a bit jarring. She had to pack her life up and move to a new city halfway across the world. She missed the island food and the winters still take some getting used to. When Lilian began looking at schools, being in the city was a must. Eventually, she settled on Boston University because of the stellar reputation @COMatBU holds. At BU, Lilian is an advertising major with hopes of publishing her own book one day soon. Her goal post-graduation is to move back to Malaysia and support the local literature scene there. Currently, she works as the treasurer for @bostonusynchroswim and she’s also the vice president of the Malaysian Cultural Society. In her limited free time, she’s working on publishing her book House of Koi. It’s a story about a Malaysian girl struggling with her identity and facing her childhood nightmares while she lives with her grandmother in Bukit Mertajam. Lilian also works as an Editorial Assistant at AGNI Online, the BU Creative Writing Department’s magazine. — Keep killing it, Lilian! — When asked what advice she has for her fellow Terriers she said this: “I have a hard time getting out of my comfort zone, so I ask myself this question: If I say no to this opportunity, will I regret it? If I feel regret–whether it’s going over to introduce myself to someone, or going to an event on campus–I’ll push myself to do it. But don’t pressure yourself to be a perfectionist. You can be strong and love yourself as well. If I had let my perfectionist tendencies get in the way of my comfort zone, I wouldn’t be publishing a book!” — You can follow Lilian at @appleprinx

She also adds that completing the novel has been a fulfilling experience because she not only has embraced the American culture but remained true to being Malaysian as well.

We recently got in touch with the author and spoke to her about her The House of Koi and how a person can balance between two cultures.

Heya Lilian. Let’s start right at the beginning. How old were you when you realized you wanted to be a writer and what led you to this realization?

I’m not sure when I knew I wanted to be a writer, but I think the desire has always been there. I started to seriously write my own stories when I was about 12 years old when I published my stories on the online writing platform Wattpad. I actually published a full novel there four years ago, but it needs a whole lot of editing done. Publishing a book has always been one of my dreams, but I didn’t know it was possible or didn’t know how much I wanted to until I found the Book Creators Institute publishing program.

What inspired you to write The House of Koi?

The House of Koi is inspired by my life, but it’s fictional in terms of what I imagined what my life could’ve been if certain events had been switched around. I attended a Malaysian private school and transferred to the only American international school in Penang for secondary school. New friends and teachers couldn’t understand my Malaysian accent, and I felt out of place. This change significantly impacted my life because at such a crucial age, I wanted to fit in and found myself trying to be this new American international student.

Slowly I found myself forgetting my Mandarin and Malay, and my relationships with my family, especially my grandmother, were affected. This book is about a girl who grew up in an international school and had to transfer back to a Malaysian private school, literally and metaphorically going back to Malaysian culture which she tried to reject for fitting in the international school. She moves in to live with her grandmother, whom she had a strain relationship with from their language barriers. So yes, there are many similarities! But it’s more like a fictional version of me and my story as this book was like a way for me to process this part of my life. 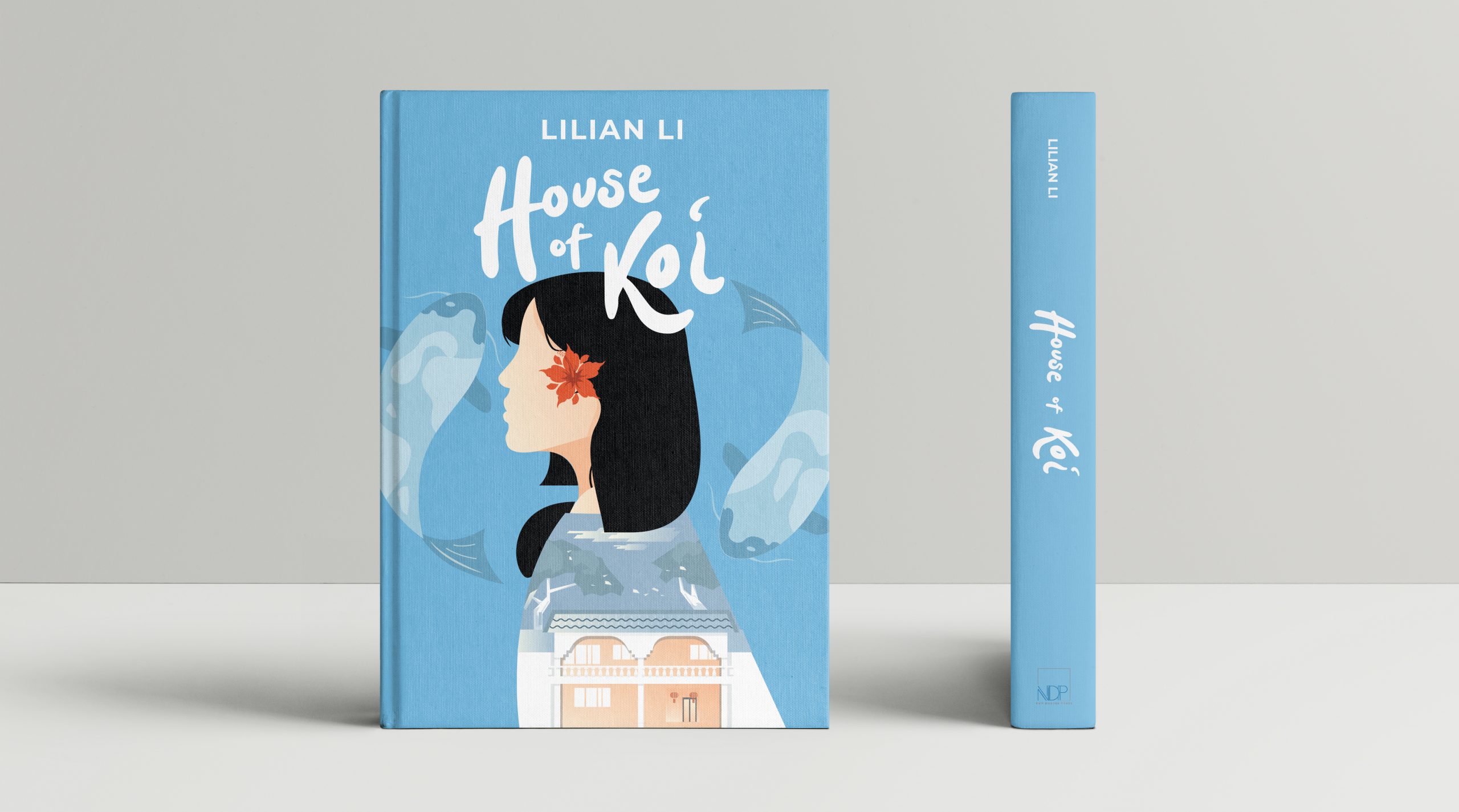 What were some of the challenges you faced when writing The House of Koi?

One of the biggest challenges was that I was taking extra classes to graduate university early and felt overwhelmed. When I was accepted into the publishing program, I panicked and told the head of the program that I would join the program next year. Instead he told me that an opportunity like this might not happen next year and that I had a compelling story worth writing and sharing and so I joined the program, and I’m so happy I didn’t let my fear of failure stop me from accomplishing this dream.

Another challenge was talking in Mandarin with my grandmother to hear her stories. Writing this book helped me to spend more time with her and appreciate her more. A few other, smaller challenges are keeping the culture true in my novel, and even when editors told me to explain Malaysian inside jokes, there were parts where I didn’t want to because I didn’t want my novel to pertain to an American audience. Also, in designing the book cover, my vision clashed slightly with my book designers, so I edited the design myself, giving details like changing the colour, adding the flower, providing a picture of my grandmother’s house to turn into a graphic. The publishing process is a lot of work! 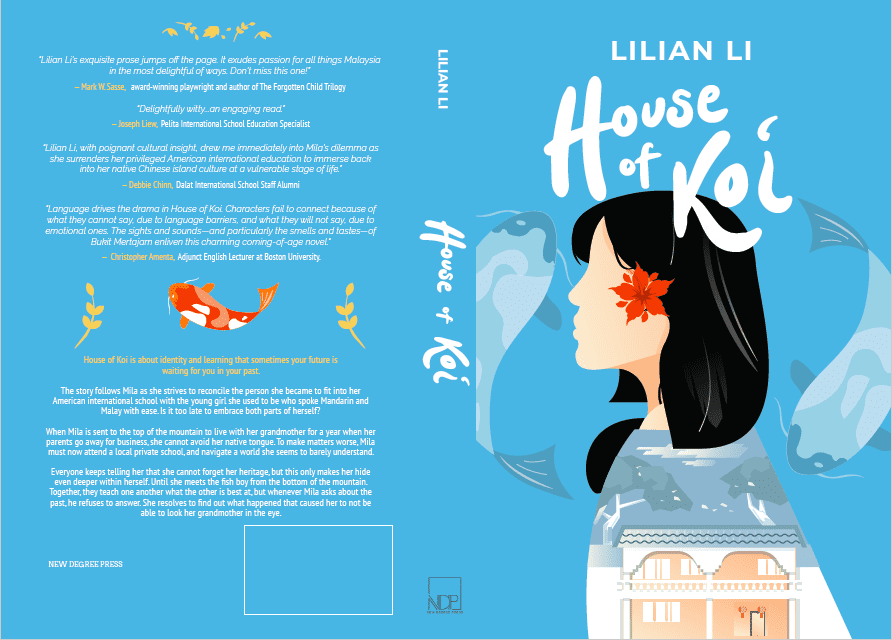 What made you to decide to turn it into a novel catered for the young adults (YA)?

I wrote this book almost like a love letter to my younger self. I grew up spending all day in MPH bookstores and reading all the YA books I could find. I realized a bit too late that there were hardly any local Malaysian young adult novels, so I hope to write this story to show young Malaysians that we can be represented and anyone can write a book too!

How long did it take you to write this book and how different is it compared to other YA novels?

The inklings of this story were always floating around in my mind since high school, but it only started to take shape when I took a creative writing class in university. It took me a year to actually write the novel. The program matched me with a Content Editor and a Marketing Editor who encouraged—and pushed me—to write about a thousand words a week and to call often to discuss plot points and marketing bites.

I think it is different from other YA novels because first of all, there are hardly any YA novels out there based in Malaysia, but I’m happy to see upcoming authors like Hanna Alkaf and Tan Twan Eng. Another comparison is that my novel focuses on the concept of identity. A kind lady reached out to me and summarized my book much better than I can. She said, “Your angle is great—struggling with your identity within your own culture. That is going to be the next big thing—when other cultures collide with yours in your own hometown. Because we are increasingly international without leaving home.” I also think my story is different because it’s for young romantics like me! 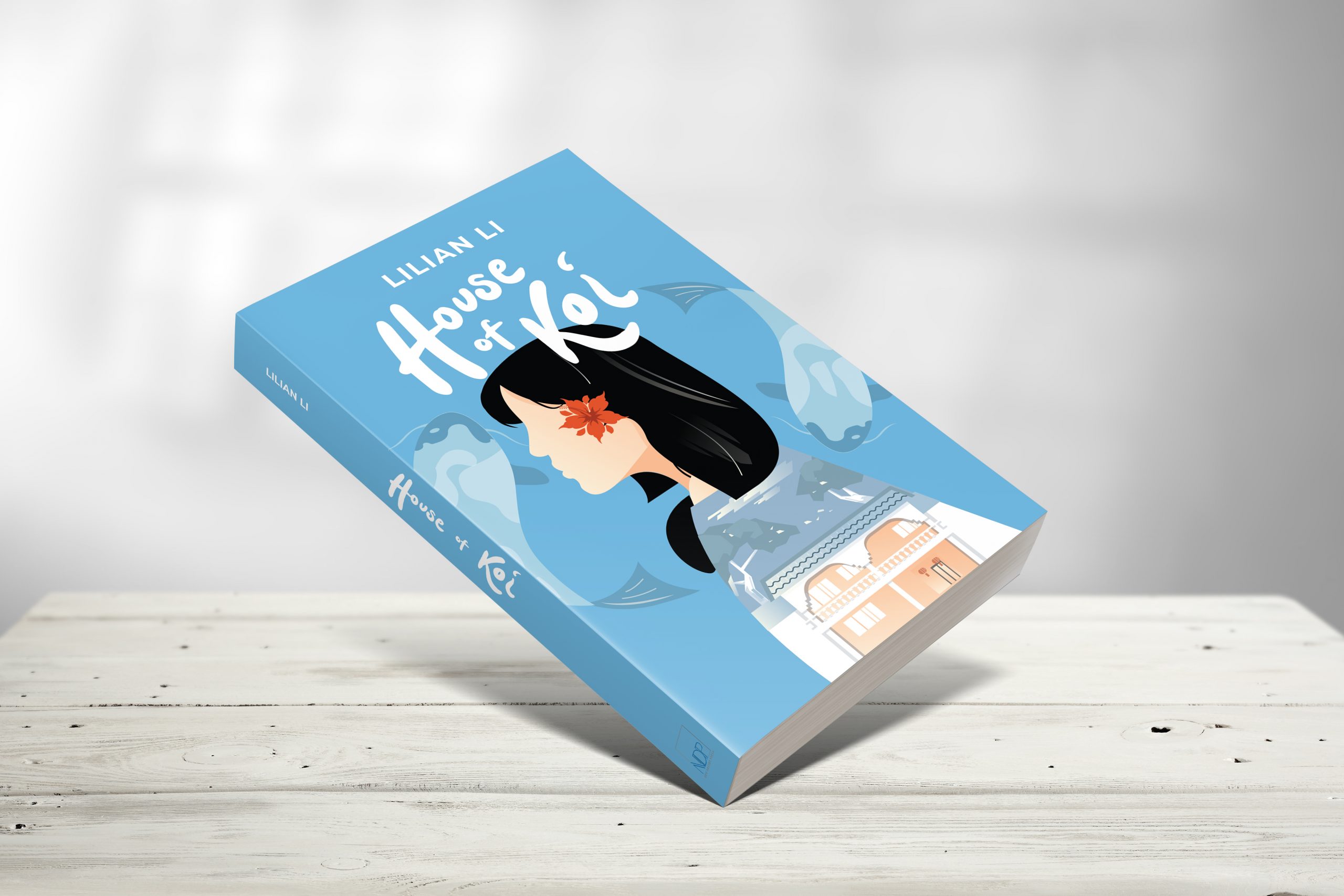 We love the fact that your novel highlights how some of us forget our mother tongue when we journey to new places. How do we balance embracing a new culture and accepting our past without disregarding both?

Accept yourself. If I could go back in time to the insecure me who just transferred to an international school, I would tell myself to just be myself. To embrace a new culture but hold onto your roots. I think people need to love themselves first and know that they do not have to change to fit the mould they think they have to be. And once you have a hold onto who you are, you’ll find yourself to be open-minded to new experiences and new friends.

Purchase The House of Koi on Amazon. Are you a writer who recently published a book? We would love to write about you! Email us at [email protected]

All images in this post were provided by Lilian Li.