“Langkau is undeniably one of the best performing arts piece I’ve watched.”

As I walked into Pentas 2, at the Kuala Lumpur Performing Arts Centre (klpac), I kept my expectations low for Langkau.

I had not watched their first performance at The National Arts Culture and Heritage Academy (Aswara) last year in March. But judging from their trailer videos, I was expecting another one of those typical abstract dance performance.

How wrong I was proven!

For starters, Langkau’s cleverly designed introductory format suspended many audience members’ belief. There were no Negarakus, no announcement of the show starting, nothing of that sort.

The performance dived in head first into the two subject matters which it dealt with; awkwardness and insecurity when being amongst people.

And it did it in such an unorthodox manner! 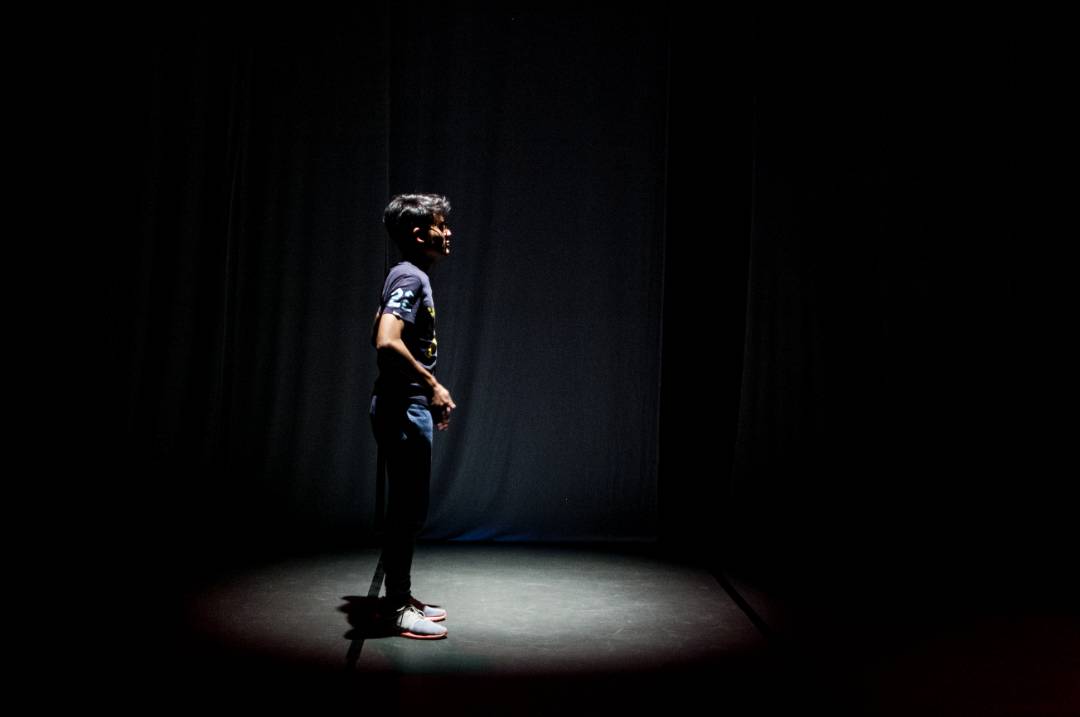 The entire performance is a gorgeous mosaic of physical theatre and dance, blended nicely with witty dialogues (which I’m told is done off the cuff).

As I entered Pentas 2, Faillul and Murni were already on stage, stretching and warming up.

“That’s odd. Perhaps they’re still waiting for more folks to come in before they start,” I thought to myself. 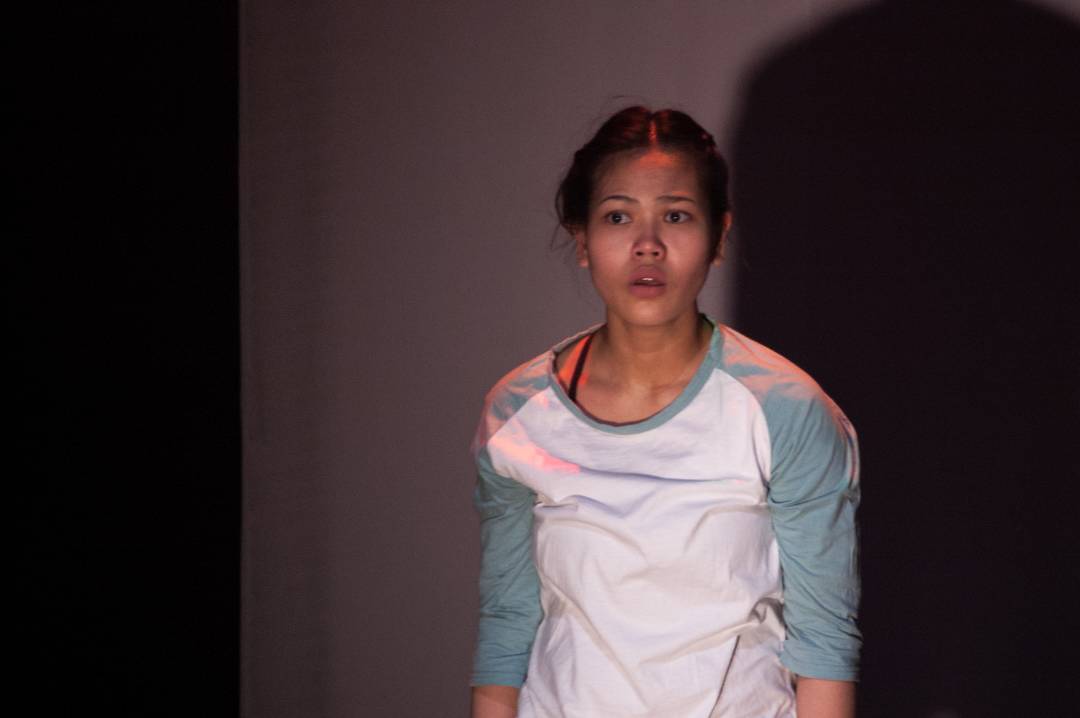 Both actors exchanged looks once in a while, talking and whispering to each other. Moments later, a stressed out Fasyali walked onto the stage hurriedly, a hand clutching his phone while the other his notepad and he reveals that a member of their cast is late.

“Late?? Why on earth did I decide to catch this show??” My mind screamed.

As Fasyali paced about, Murni and Faillul decide to begin their rehearsals while waiting for their two other cast members.

Langkau’s ability to convey a sense of awkwardness not only among the cast members but the audience as well, that lent further realism, humour and brilliance to this entire performance.

Using extremely simple lighting, the actors allowed us a peek into the minds of their characters as the scenes shifted from two people to the other two.

There’s even a scene where Faillul and Murni become washing machines in a laundry shop, eavesdropping on an awkward conversation between two extremely insecure individuals; Sharul and Iefiz. From time to time, they discuss their opinions about this two individuals in a humourous fashion.

Langkau unmistakably showed me how individuals who go through such issues happen to become this way.

Much of it has to do with the people they’ve been with, the surroundings they’ve chosen to live in.

What’s immense about this performance is the fact that all the characters struggled to break out from their tiny little shells which they’ve had created for themselves.

Through rapid and abstract body movements, the performers successfully delivered a sense of anxiety which their characters faced.

My favorite scene was when one of the actors wondered what the audiences thought of him.

I will remember Faillul pointing at me, going, “Apa tengok? Tengok per?” And when I laughed – because, honestly I felt really awkward – he remarked, “Hah! Ketawa? Ketawa buat per?”

I loved how Langkau broke down the barrier between the audience and performer – a typical thing you’d find in most theatre performances.

Though the ending could have been made alot tighter, Langkau is undeniably one of the best performing arts piece I’ve watched so far at klpac.

Call me biased, but I genuinely could relate with everything which was in the performance. What a way to open the lid on such issues and that too through theatre.

Fasyali and his cast members and crew deserve a standing ovation.

Did you watch Langkau? What do you think of our review? Drop us a comment or send us an email at [email protected]