KL24: Zombies – the zombie flick Malaysians have been waiting for!

Last night I tucked into bed, prepared to see an Indie Malaysian Zombie movie, without knowing what to expect from such a genre at all.

I was pleasantly surprised. 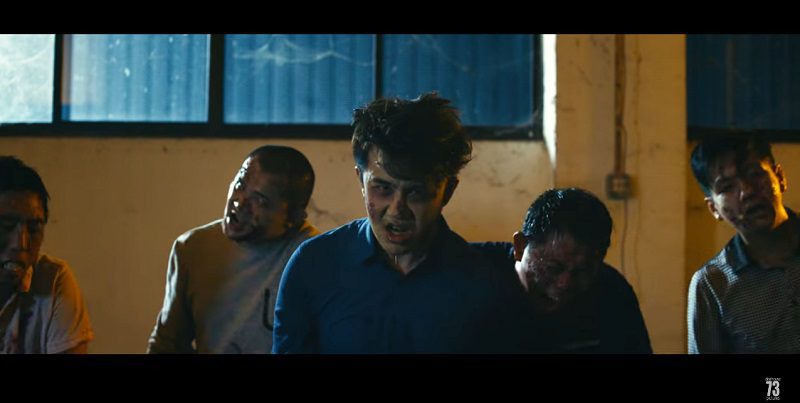 Directed by James Lee, Gavin Yap and Shamaine Othman, KL24: Zombies features in its beginning, a disgruntled KL road user who has to call his girlfriend and tell her that he’ll be late because of the jam.

Typically our everyday scenario, but the idea of a zombie outbreak in Malaysia seems surreal. If that happens, how exactly do we continue to get our late night mamak? For that reason itself and many similar others, Malaysia simply has no room for a zombie outbreak.

Cue in a Malaysian parent who is slightly negative about the idea of their child dating someone who isn’t of the same race – of course.

‘Oh budak cina tu ke?’ – Dato Karim asks his daughter who she is spending her evening with.

However the movie proved to be far more progressive than the traditional familial-racism, ‘how can you date him, he is not one of us’ movies that a lot of Malaysians have become accustomed to.

KL24: Zombie by Doghouse73 Pictures is not just your regular zombie flick. The film serves as a pleasant relief for a Malaysian audience who have been witnessing a tense period of political distress of late. By being bold and unafraid to touch on social issues that most of us are held back from questioning, this is one zombie flick that is unique in its own way.

The plot of the movie is intricately woven around the Zombie-bashing lives of;

a) three office lads and their kiasu boss-turned-zombie, who are rescued by one of Malaysian’s many unsung heroes, the office Pak Guard.

b) a Chinese family laden with family issues, trying to accept their son’s malay girlfriend who is a kick-ass women’s rights lawyer and zombie fighter.

c) an overly enthusiastic Dato’s family of three jealous wives who plot to kill the new, young and pretty fourth wife who is suspected to have caught on to the zombie virus.

Cheeky humour, questions that address the biggest taboo topics and a good mix of zombie gore (blood, intestines, brains, the usual rotting skin and slow movements), makes KL24: Zombies a must watch for any liberal Malaysian who adores their country.

I mean, how more Malaysian can it get with the zombie virus being spread through a bowl of the famed neighbourhood Char Siew?

The best part? The entire movie is on YouTube!

In a recent interview with The Sun Daily, director James Lee was cited explaining that he was open to the idea of uploading his work on YouTube after observing how some indie films from the United states which did not get opportunities to be screened at international film festivals or be shown at cinemas, were uploaded on to YouTube, enabling the films to be appreciated by wider audiences.

Please keep in mind that the movie is 18+ and NSFW because there are sex scenes and lots of swearing – yay!