Meet the lass behind Malaysia’s J-Rock band, The CrestFall Band

This KL-born financial analyst has been doing music since the age of 6, and is wowing her audiences with her talents in Japanese, Chinese and English vocals through multiple musical instruments.

Starting off with the piano, and then the Chinese harp (23 strings zither) when she was 10, she eventually expanded her skill set to include the electric guitar, keyboard and ukulele. 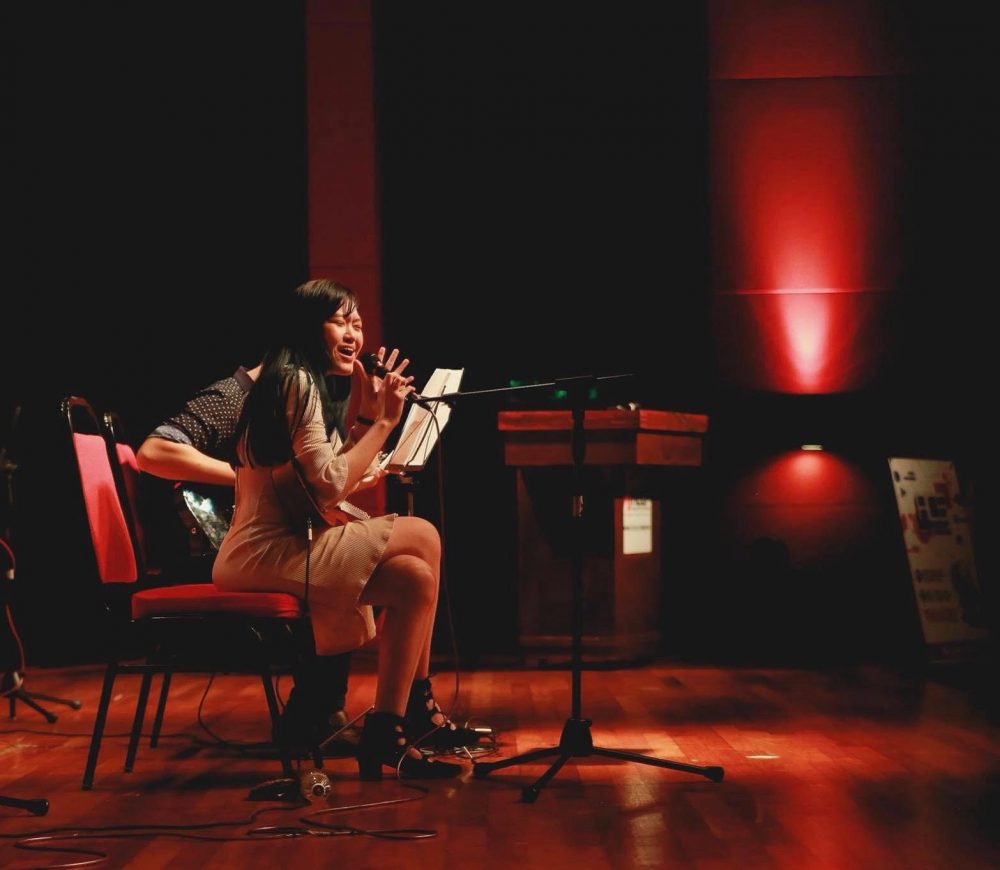 “I love incorporating my performances with various instruments; because I believe in giving audience a complete experience – not just music but also a fun and enjoyable show.” 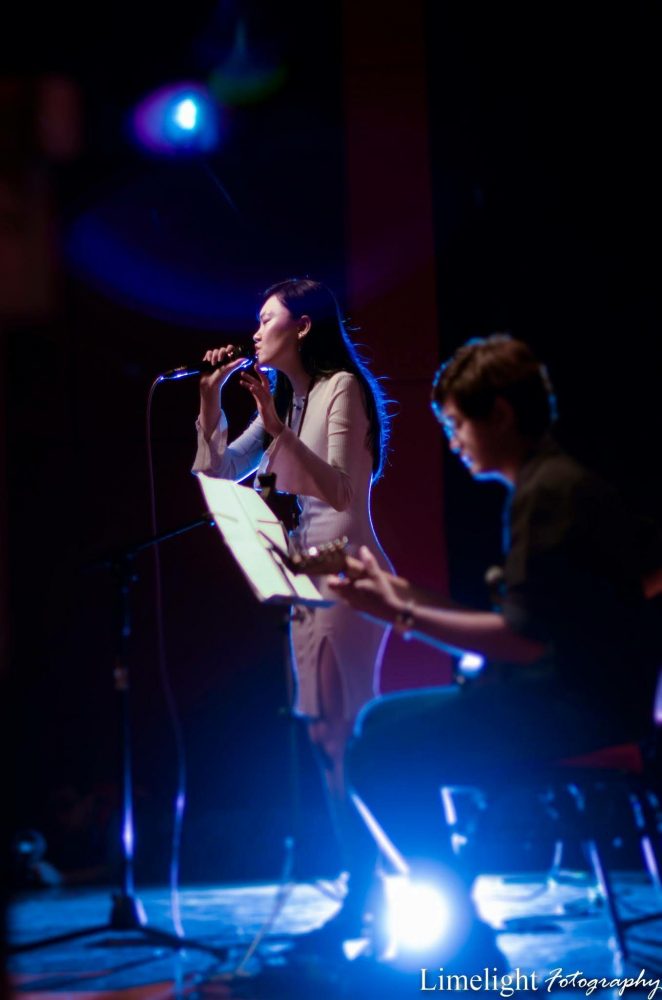 During her early years, she had her first stage experience through public speaking. The years of public speaking has helped her a lot on understanding audience interactions and the importance of proper intonations.

It also assisted in building her confidence on stage. 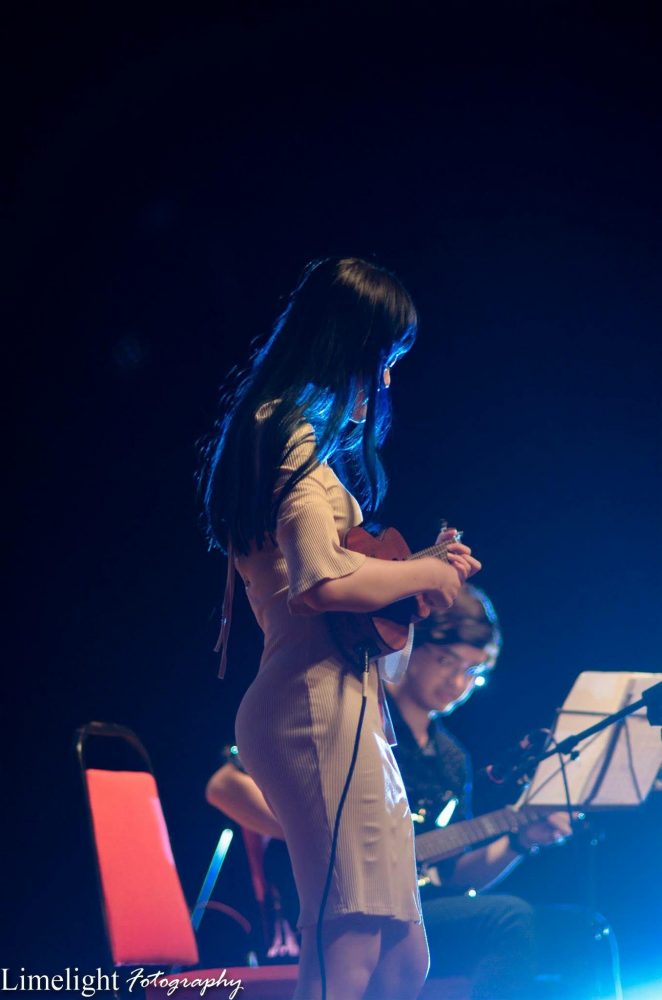 While Jasmine personally loves doing music from the rock and pop rock genres, she enjoys performing all kinds of genres to cater to a wider audience.

Her call to adventure into musical performances began with an anime called “Ayashi no Ceres”.

“I really loved the opening song in that anime, and performed it in a singing competitions. Since then I got very interested in studying the Japanese language because I wanted to understand the lyrical meaning of Japanese songs and be able to convey the meaning behind each song I performed.” 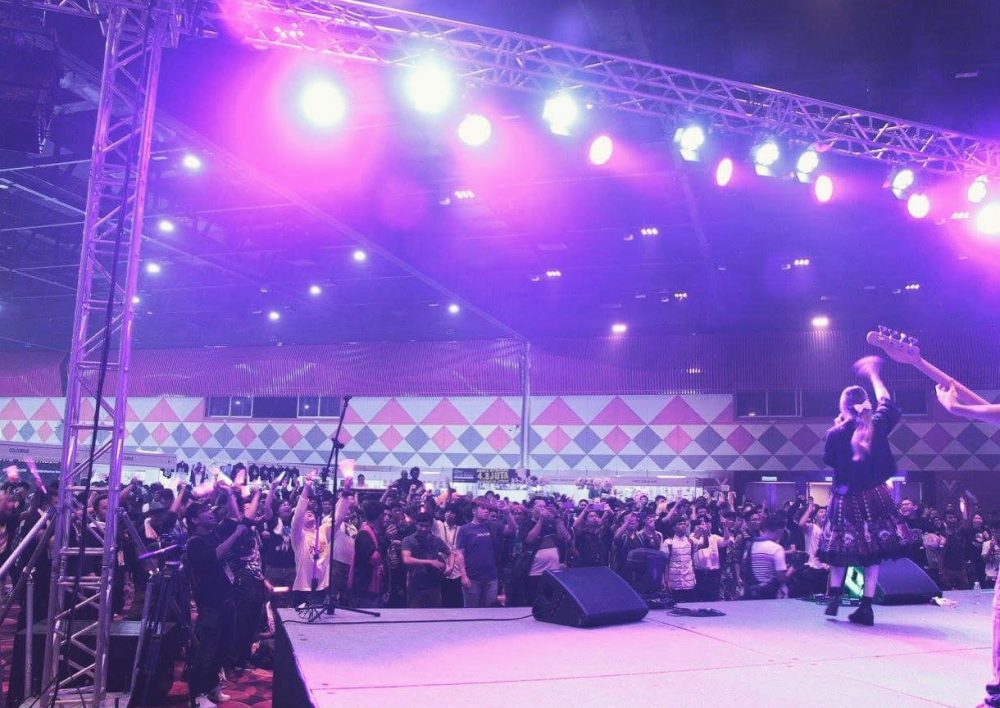 Rather than liking a show, then performing its songs, Jasmine does it differently. She would check out the songs first, before deciding if she wants to watch the show.

“I guess you could say I’m more interested in the songs itself; the meaning of the words and the melodies.”

Jasmine joined The CrestFall Band seven-years-ago when they were looking for band members. 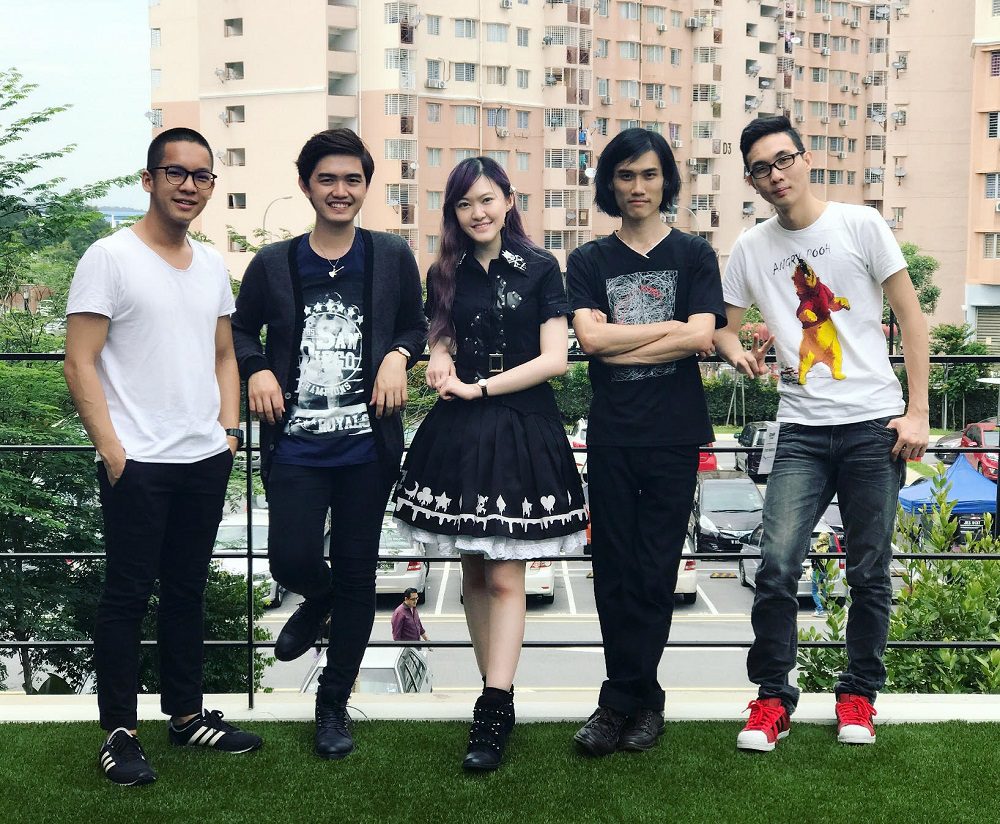 They had their first performance in 2011; now, Jasmine is the only remaining initial member – the current line-up consists of instrument players who share the same interest in music – all were introduced by her friends online.

The band currently consists of Jasmine on vocals, Rin and Daniel on the guitars, Taro on the bass and their latest addition, Kingsley on drums. To date, the band has seen close to 14 people coming and leaving the band. 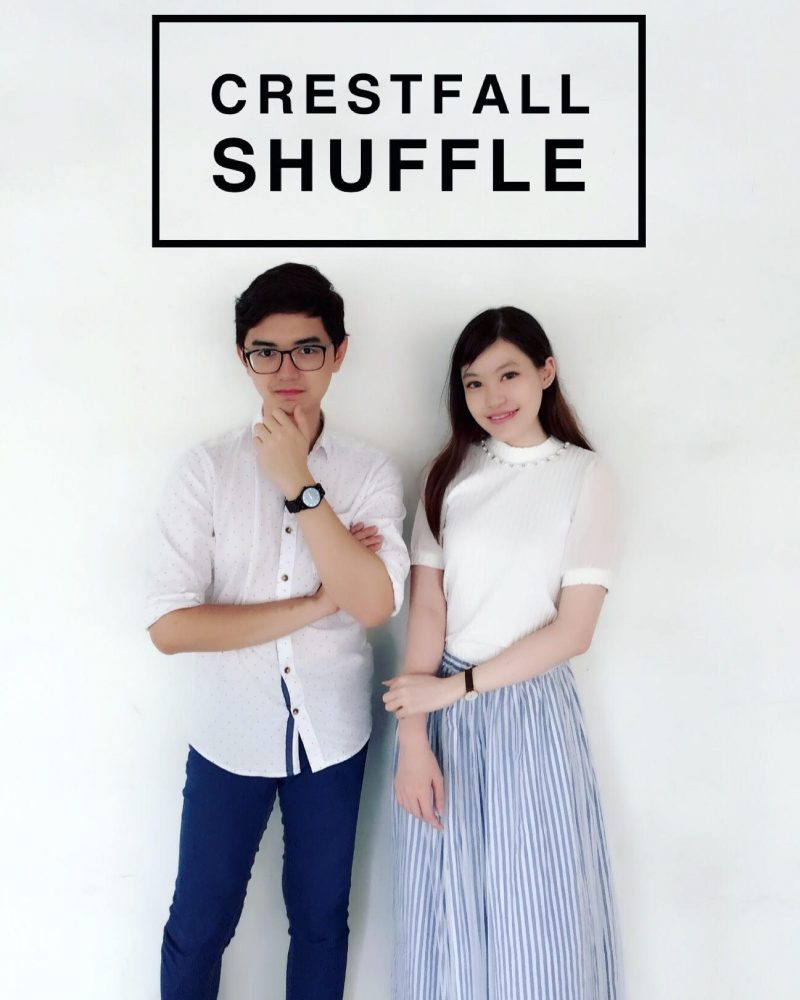 “During one of our jamming session when we were supposed to create a band name, coincidentally all of us wore shirts that had the Crest as pattern. It sounds a little amusing, but yes that’s how we thought of naming our band.”

Jasmine had performed with The CrestFall Band at numerous events, but she cites the band performances at AniManGaki, one of Malaysia’s largest annual ACG (Anime, Comics and Games) event, as her favourite – they have been performing at the event for seven years. 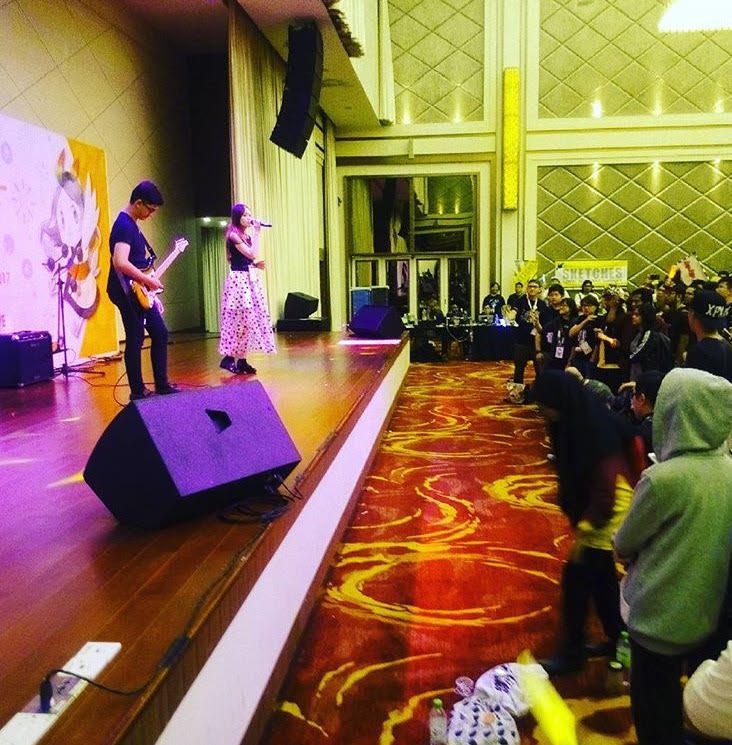 “The stage setup was great and the crew were all very friendly and efficient in catering to our needs as a performer. There is always this feeling of “感動” (kandou), or touched, in Japanese, after every show from AniManGaki.”

“One of my favourite songs that I performed with my band is Unravel from Tokyo Ghoul, as I think it gave me a chance for all my members to shine in different parts of the song.

“We have done this song several times in different events, and is one of the songs we received the most positive feedback.” 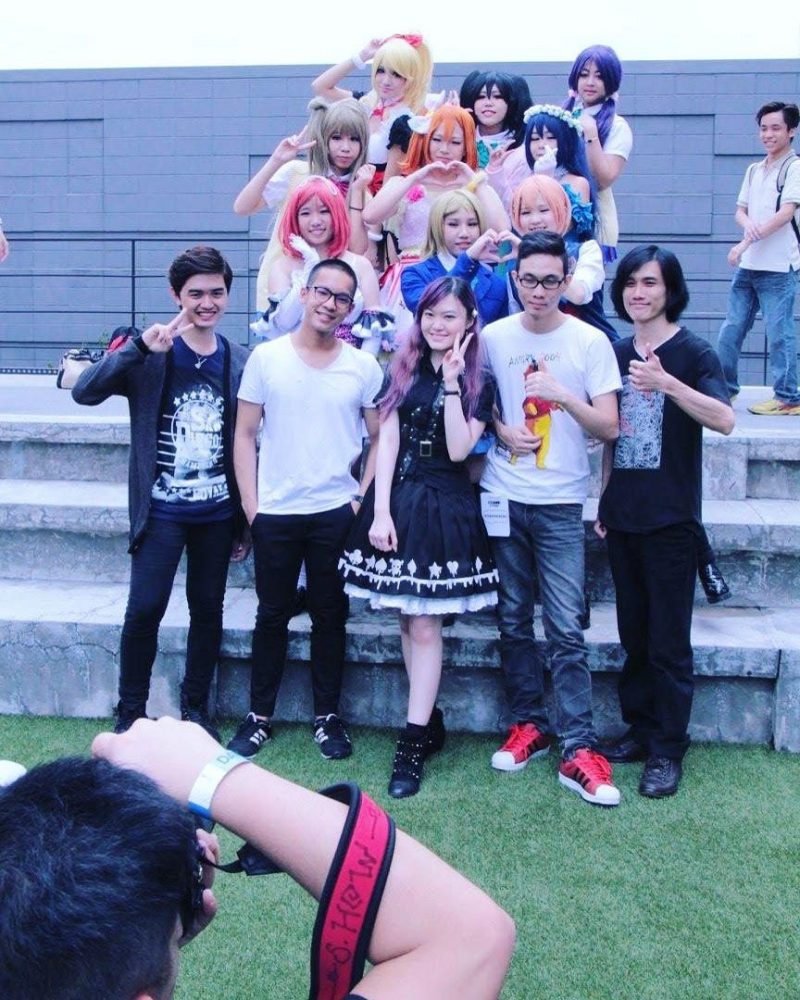 So far, The CrestFall Band had yet to release any original works to the public yet as they are currently focusing more on cover songs, from any genres, to hone their skills as professional instrument players.

Jasmine finds inspiration and ideas of creative performances by watching other performers’ live stage performances, be it through YouTube or watching live concerts. It helps her to look into small details such as; how different performers control their crowds, set up of their stage, the manner they express themselves.

I love to showcase different viewing experiences for my audience at each and every one of my performances. Even if it’s the same song, the audience would feel something different if they watch our shows at different events.”

“For bands, I have been following this Japanese band called The Gazette since more than 10-years-ago. I admire their sustainability as a band and their continuous improvement in music. I wish for my band to be able to sustain as long as possible too.” 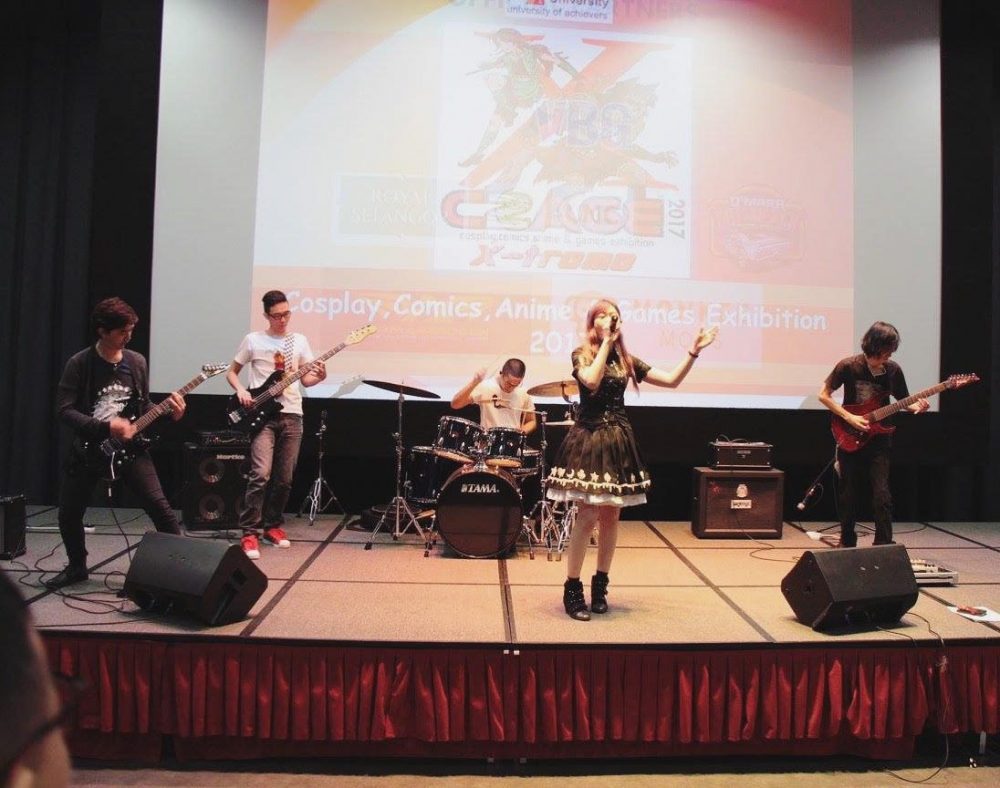 The toughest challenge that Jasmine faces as a musician, is to stay creative and to continue giving her audience a new and refreshing experience.

It can get pretty difficult, especially when the band has performance jobs almost every week in various events. Nonetheless, she still makes it a point to change the sequence and style of at least one of the songs in every show.

“Never stop doing what you love to do. The path may seem unclear but it’s all worth it as long as you take the first step out to try,” Jasmine advises budding musicians out there.

Jasmine Minori is currently one of the cover artists under HAF Records Japan, and will be releasing her first cover album around next year. She aims to have her original anime/game album sold under HAF Records in the future. Follow her on her Facebook. You can also follow The CrestFall Band as well.