Jack it up with Jack Malik

If you’ve been checking out the local poetry scene, then you might have come across an event called “Jack it!” that has been happening at Unit 23 Cafe in Shah Alam.
And you might have wondered what this phrase meant and who it is referencing…well, Eksentrika spoke to the man who inspired the namesake, Jack Malik.
It might appear that the 23-year-old Projek Rabak poet was aptly named due to his obvious love for sajak, because you know, sajack…but as it turns out, his real name is Muhammad Danial bin Malik!
So what’s the story behind the stage name that went on to coin a verb, especially for the Malaysian spoken word sphere? According to Jack, it was a nickname given to him by a senior in high school for reasons now forgotten. He kept the name because he liked the way it rang.
But the cult status came about when he was noticed constantly turning up at various open-mic shows for a chance to perform.

About a year ago, I started going to open mics and poetry gigs and would ask for a slot without holding back, just “tebal muka” like Jim Carrey in ‘Yes Man’. I would take on every poetry gig and my face was kinda like everywhere there was a gig. Hence, my friends (shoutout to MicJackers and Azizan’ Afi & Jamal Raslan for coining the term) made an inside joke; “jack it” to mean just F-it and perform your poem! Never in my wildest dreams did I imagine that I would be honored in such a way. I love those guys and others that have supported me along my journey. 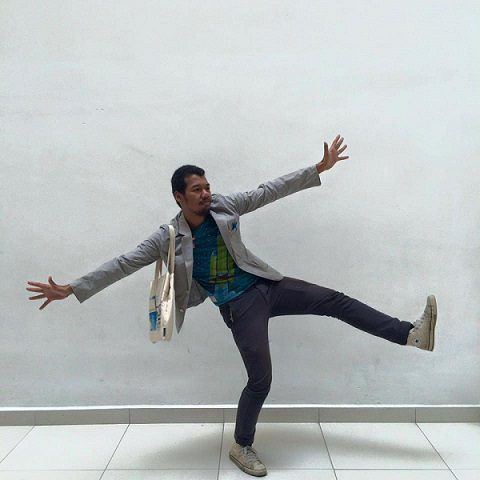 It was in Form 4, when a comic book by Malaysian comic artist, Aie, called “Blues Untuk Aku” fell into his hands and inspired him with, as he puts it ” killer strokes and wonderful words”. Coincidentally, his mom was an English Literature student under famed local poet, Salleh Ben Joned.
This of course meant that literature, sajak and puisi were never foreign in Jack’s life….and perhaps even the makings of destiny since Jack has now gone on to carve a name for himself as a poet and soon-to-be published author under Rabak-Lit.
Jack was also part of the Malaysian team to champion the Causeway Exchange Malaysia Singapore inter-country poetry slam in September 2016.

I love any sajak in any language because there are words you can’t really translate in any other language; for example ‘RINDU’- you can’t really put a finger on it and the word Rindu itself is poetic and beautiful. Malay Sajak has its own beauty and wonders. 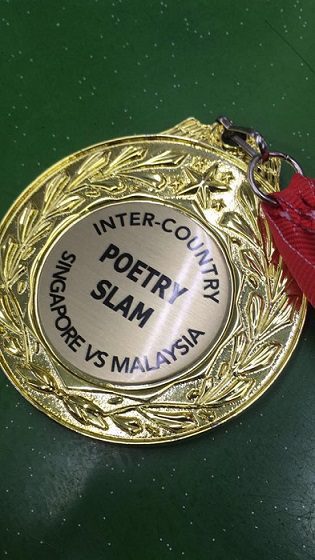 Although he is not related to Zayn Malik (we checked), Jack is known as quite the romantic, who has even undertaken to translate some of Pablo Neruda’s words into Malay.
As a culinary arts student, Jack happens to have a way with food as with words.

Food is something almost sacred to me. You can’t really find good food anymore these days, except for your mom’s cooking, your own personal touch and comfort food you’ve been eating since childhood (shoutout to Ipoh New Hollywood, Vegas, Nasi Ganja etc.). My favorite food would be Steak that’s been baste with butter, garlic and rosemary. Most. Sexiest. Thing. Ever. Oh and roasted chicken! 2nd. Most. Sexiest. Thing. Ever. 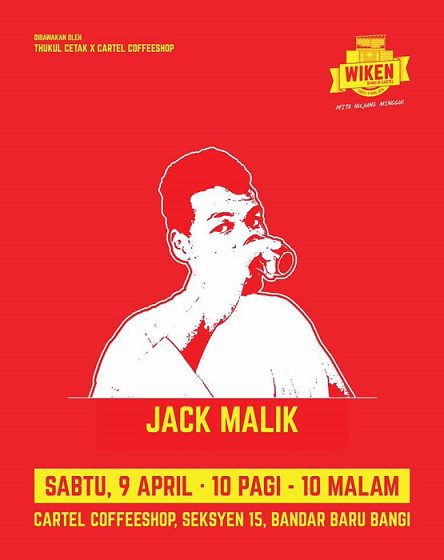 Those who follow Jack’s Facebook feeds will be accustomed to his frequent odes to Cinta in his postings.

His constant muse, happens to be none other than his girlfriend, Farah Aiman Azhar.

She is the voice I wore over my howling silence everytime I forget how does faith sounds like. She is the sound that reminded me to believe in my poems and the figure of happiness I’ve been looking for all this time. 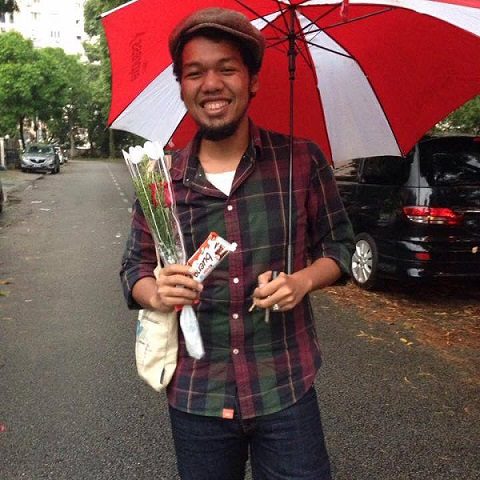 Apart from being a true blue jiwang soul, love and romance are a constant theme in Jack’s spiel because

“I’m kinda of a hopeless romantic that’s romantically hopeless, LOL. But yeaaa, I’m not really of a political/activist/strong/prosaic kinda writer and jiwang2 poetry kinda resonates with me, though that doesn’t mean I’m into love poems ONLY. Its nice for an artist to have range so that your poems or craft is multi-dimensional and multi-functional etc.

“Well my inspiration comes from my surroundings. I usually write because I’m the type that captures my experiences/memories/muse into my poems. If I was an elemental poet, I would be an Air Poet (see ‘As For Poets’ – Gary Snyder, Turtle Island) 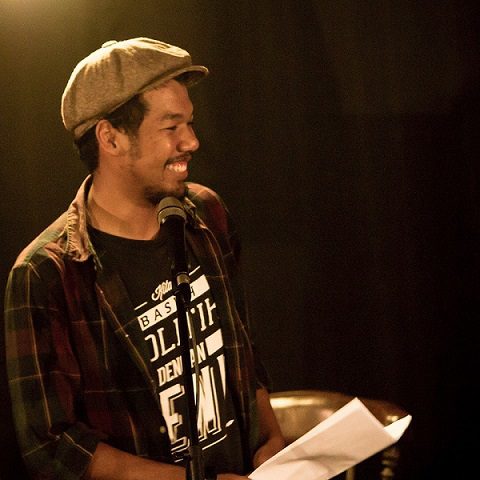