It’s been 20-years since HANDS Percussion have been tantalising music lovers locally and abroad. To mark their anniversary, the troupe is set to tour four Malaysian cities starting April!

For those who’re in the dark, HANDS Percussion was formed by Bernard Goh and a couple of friends in 1997. They specialise in putting a spin on the famed 24 Festive Drums, infusing the Lion Dance drum, Shigu, with diverse Southeast Asian musical instruments.

Don’t believe us? Check this video out!

The 24 Festive Drums is an art-form where the percussionists drum in sync while incorporating movements in a set of patterns and movements based on seasons and festivals.

Having its roots in Malaysia, the art form was first founded by Tan Chai Puan and the late Tan Hooi Song who then took Bernard and several others as their first batch of students.

Daring to give the art-form an edge through its experimental zeal, the contemporary theatrical drumming has wowed audiences at home and the world over. 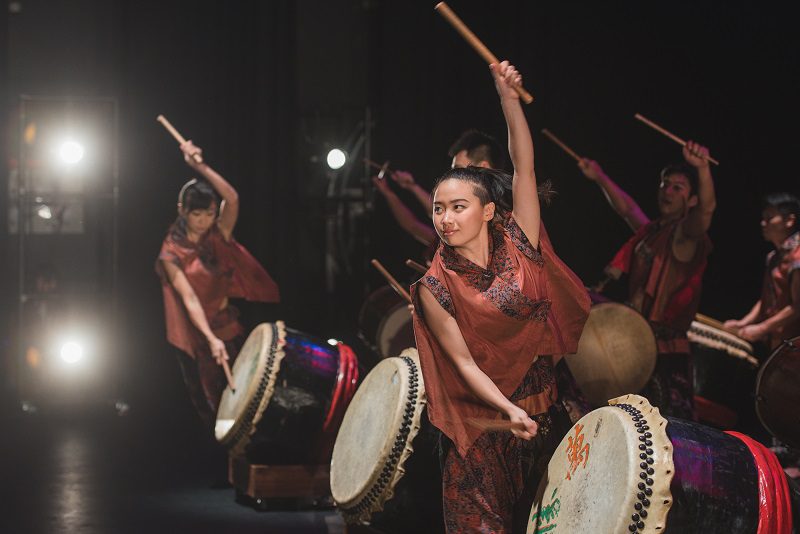 The drumming has also made an impression in the corporate and business world, with HANDS Percussion performing at world business events such as the World Economic Forum in Davos, Switzerland, ASEAN Finance Ministers’ Meeting and the 26th ASEAN Foreign Ministers’ Meeting in 2015.

Being the first and only self-funded, fully professional percussion group, the team now boasts 30-productions under its name.

The performers are divided into two – the original core members are known as HANDS 1 and a second team, HANDS 2 which was formed in 2005.

“A HANDS Gamelan Group was formed in 2007. A double storey corner office and studio space in Sungai Buloh’s industrial estate has been their home for meetings, rehearsals, creativity and everything else since 2009,” he adds. 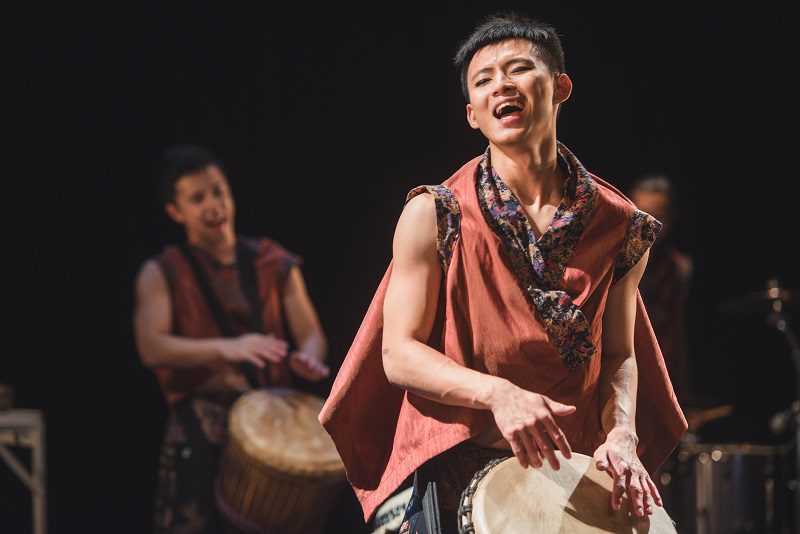 “The reason why Johore Bahru was chosen as the first port of call is because it is the birth place of 24 Festive Drums,” Bernard reveals.

Titled, “HANDS on Tour” the eighty minute programme is set to include favourites such as Classic, Rhythm Ride (see video above), In the Name of Celebration, Drumbeat Inferno, Awakening, Owed and Bare Hands Dance; and will be performed by both HANDS 1 and HANDS 2.

Besides the tour, there will also be three concerts.

The Wind of Nomads Concert is a full length performance featuring African and Asian percussion which will be held in August (venue and date will be released soon!). Marimba player, Tan Su Yin and cellist, Florian Antier will be collaborating in this production.

DeafBeat’s 10th Anniversary Concert will be held from 22- 24 September 2017 at the Damansara Performing Art Centre (DPAC), and Percussion Paradise, which will be part of the Kuala Lumpur International Arts Festival, DiverseCity 2017, is to be held at the end of September.

Bernard says there will also be talks and a book launch commemorating the troupe’s 20th anniversary.