GOD & RELIGION ~ From Confusion to Fusion

“DO YOU BELIEVE IN GOD?”

I get asked this question quite often. But it isn’t very often that the enquirer has the patience or the time to stay around for my response, which involves deconstructing the unquestioned assumptions of conceptual semantics. As far as I know nobody has ever come up with a definition of “God” acceptable to all.

The notion that the physical universe was created by an all-knowing, all-powerful, ubiquitously existing Maker is fairly common, especially among the more conservative, more traditional – and therefore less adventurous – thinkers.

When I gaze upon any object – be it a butterfly, a banana, or a blossom – it doesn’t occur to me that some humanoid with deft hands wielding clever tools actually sat down at a workbench one morning and fabricated these wondrous forms that are able to self-replicate and perpetuate their own species, ad infinitum.

I’m more inclined to admire the hidden geometries, complex architecture, and ingenious mechanisms underlying these forms which are also discernible in other forms that constitute our physical environment. A healthy appreciation for the miraculous nature of all forms ultimately leads one to focus on the mystery that is oneself.

For each of us is every bit as amazingly designed and constructed as a grasshopper or dungbeetle or seahorse or giraffe or walrus or duckbill platypus or an entire coral reef. The interlocking biochemistries and interwoven electromagnetic patterns that give rise to living forms are at once complex and simple.

Inevitably, one is compelled to marvel at the breakthrough discoveries in recent decades of the fractal nature of the holographic universe – and the curious effect that consciousness appears to have on how it evolves and mutates. It is, indeed, as cutting-edge physicists declare, “an observer-created universe.”

Pioneering researchers have detected micro-macro consonances between the subatomic and the supergalactic realms, wherein the essential architecture of a single atom is echoed in that of a galaxy. This fact alone ought to qualify as a theophany that can yield an endless quantity of eureka moments – enough at any rate to induce an ecstatic vision in anyone who spontaneously comprehends the divinity and perfection of all that exists.

You could call this approach to answering the age-old question of God’s existence (or otherwise) the way of the mystic-scientist. It’s not dependent on culturally or genetically implanted beliefs or on faith. Rather, it is a metaconceptual gestalt formed from free associating a random sequence of sensory inputs with a variety of analogies drawn from personal experience as well as what C.G. Jung called the Collective Unconscious.

Anyone who has, by chance or design, embarked on the quest for meaning and significance must pay attention to signs, omens, auditory, visual and perceptual clues left as a legacy by thousands upon thousands of conscious thinkers who lived and died and whose insights were recorded externally in the form of artefacts – or internally through subtle alterations of the chromosomal data banks.

Each new pilgrim on the journey towards enlightenment will have a unique experience, though universal truths have a habit of recurring like strangely familiar motifs. In effect, any authentic attempt to grapple with the question of God is necessarily an individual process. Other people’s narratives of “divine revelation” most certainly constitute a valuable reference – but they can never be a substitute for direct knowing, distilled from unique, personal experience.

This is why at an early age I found myself unsubscribing from prescribed belief systems passed down the generations. All the conflicting doctrines that constitute man-made religion serve merely to anesthetize the masses against the anguish of fully accepting our human limitations, in order that we might ultimately transcend them.

Religions are packaged and processed forms of accumulated mystical insight; and although there will always be precious glimmers of truth to be found in the crude ore of inherited or acquired beliefs, the unthinking and unquestioning acceptance of these dogmas is akin to condemning oneself to a lifelong diet of junk food bought off the shelves of a cosmic convenience store. 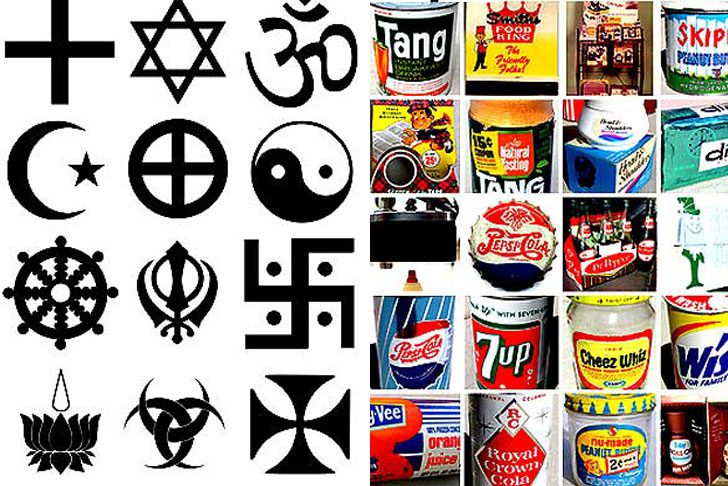 To visualize God as an eternal parent figure is to forever infantilize our apprehension of reality in simplistic terms of Good and Evil, Right and Wrong. These opposite polarities represent extreme ends of the moral spectrum; but as the sum-total of all existence, God embodies the entire spectrum of possibilities and is therefore beyond categorization and classification. In analogous terms, God is not just the Father but also the Mother and the Child borne of their primordial union.

In ancient days when the majority of humans were illiterate, an elite corps of Scribes arose that took it upon themselves to interpret on behalf of the others what was purportedly the Word of God. This special breed of human we call the Priesthood. In India the priests established themselves as the Brahmin caste and exalted themselves above the ordinary folk.

An effective division of labor developed wherein the priestly caste collaborated with the kingly caste to form the earliest governments. The priests took on responsibility for the spiritual affairs of men while the kings ruled over the material domain, as evidenced in the political pact between the Bishop of Rome and the Emperor Constantine.

In the Book of Exodus we saw the same partnership in action with the brothers Aaron and Moses: Aaron took charge of administrative and logistical matters, while Moses played the role of divine visionary, receiving direct instructions from on high.

To this day the Mormon church classifies its membership as either of the Aaronic or the Melchizedek lineage. Those of the Aaronic Order undertake the day-to-day management of church affairs, like the raising of funds and the construction of temples; and those of the Melchizedek Order propagate the spiritual message of the founder, Joseph Smith, who received his revelation through an angelic messenger named Moroni.

What I’m waffling on about, then, is the sheer futility of identifying oneself with any particular religious doctrine. Our understanding of life matures with experience – or, at least, it ought to. It’s fine to believe in Santa Claus when you’re five years old and thrilled to bits at the prospect of finding a stack of prettily giftwrapped presents under the Christmas tree. However, by the time you’re fifteen, you really ought to have realized that the fat guy in a red suit is actually your own dad – or some guy hired by the department store to lure kids and their parents into a ritual shopping spree.

I’m not going to denounce or deconstruct all the institutionalized religions in our midst. It’s generally a waste of breath anyway. Many people cling desperately to their beliefs because they fear the bottomless abyss of uncertainty. Some will violently strike out at or even kill anyone who attempts to shatter their faith or so much as joke about it.

With some folks, loyalty to the faith into which they happened to be born can be even stronger and more fanatical than their loyalty to a favorite soccer team. Just as there are soccer hooligans at every game, you will encounter violent mobs of the religiously intoxicated. Best to stay clear of them rather than attempt to engage them in rational discourse.

These mobs constitute what you might term the bottom rung of consciousness. Everybody goes through such a phase – though many today express their fanatical urges via ardent hero-worship of a particular popstar or screen actor. Left to their own devices, most people eventually outgrow these obsessions.

I’m absolutely convinced that Malaysians of all creeds will co-exist in sweet harmony when jingoistic politicians stop stirring up the shit. Is there any way we can compel them to cease their pseudo-religious rabble-rousing? None that I can think of, short of maintaining some barbaric law like the ISA for exclusive use against those who exploit racial and religious differences for their own political advantage.

Nevertheless, I don’t advocate such quick-fix methods. Censorship of any kind is anathema to me. I’m utterly convinced that when people are regularly exposed to all kinds of ideas – no matter how lunatic or extreme – they will swiftly learn to discern what’s palatable and what’s poisonous in the way of opinions.

So, instead, of cringing at the absurd utterances of rabid religious reactionaries, all we really have to do is ignore them. And, if they refuse to stop after a decent interval, we could simply pull the plug on them, switch off their microphones, so to speak. That harms nobody at all – and they will eventually fall silent when their voices grow hoarse from shouting at the wind.

And in that brief silence the first seeds of wisdom just might germinate.

First posted as “Where Malaysia Is Headed (Part 5)” on 18 April 2009. Have something to share with us? Drop us an email to [email protected]