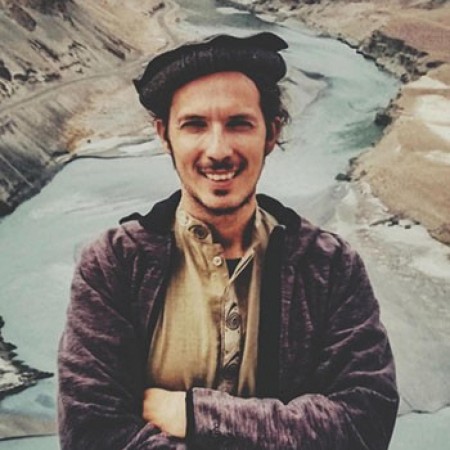 It’s no secret that making films in Malaysia can be a harsh business.

Constantly navigating restrictions and religious conservatism on one hand and a very segmented market stereotyped by race and language on the other; making successful films in Malaysia is a bloody understatement.

But if Malaysian films like Barbarian Invasion (2021) by Tan Chui Mui can snare the Jury Prize at Shanghai’s most recent Golden Goblets Awards, and directors like Ray Lee can win not one, but DOZENS of international film festival with a low-budget zombie film, then there must be a dirty trick to get your Malaysian film noticed.

Or at least, a slew of useful suggestions based on the experience of talented local filmmakers.

We have taken the onerous liberty to actually go and ask some of Malaysia’s most promising directors and producers themselves: what does it take to get a Malaysian film noticed abroad?

They came up with 6 very interesting suggestions we believe you should print out and frame above your desk — or bedstand if you are the romantic type.

1. Watch As Many Films From As Many Countries As You Can

Yeo staunchly believes that “the more you watch, the more you enrich your storytelling sensibilities and broaden your canvas as a filmmaker.”

“How you see the world affects the type of movies you make. If you want to make films for the world, you must be aware of films from other countries. Not just Hollywood or Korean movies, but also the films of Southeast Asia, the Middle East, Europe, Latin America, etc. Old classic films, contemporary masterpieces. Everything.”

To Yeo, the key is to try to make movies that “transcend the limitations of national and political barriers.”

“If your world view is only restricted to a certain cinema in your early days, the chances of making interesting works with different perspectives are low, because your works will be highly influenced during this time.”

Yve Vonn believes you don’t have to be afraid of being authentic, as an unusual style you’ve never seen before doesn’t make a bad film. “Appreciate the opportunity to make films freely, without prejudice,” said Yve Vonn.

Let alone you’ll broaden your horizons about the world which, I believe, is often the main problem of any Malaysian artist — too quick to complain, they don’t gauge their position within the rest of the world, not knowing they are actually a fairly advantaged bunch. Just think of all the funding that the government can throw at you if you know where to look.

2. Do Work That Matters, To Yourself, And The World

“Tell a story that’s really close to you. Something that you believe and really matters. A story that no one else can tell, and tell it in your own style,” said Muzzamer Rahman, the director of the excellent Prebet Sapu/Hail Driver! (2021), which was nominated for a White Mulberry Award for First Time Director at the landmark Udine’s Far East Film Festival in Italy.

Muzzamer not only reinforces the previous suggestion but also cares to say that you should “understand the situation of society and the world, then relate the story with people around the world.

“Don’t forget to hustle to create relationships and connections with the local and international cinema community.

“Be ready for challenges and obstacles because nothing is easy in filmmaking. Be brave,” said Muzzamer. And being brave, for real, is something that the next suggestion will put pretty much in total focus.

3. Go Where You Can Make a Difference (And You Can Freely Speak Up About Issues That Really Matter)

Some directors have a vision too sharp to be left free to express their voice in a nation like Malaysia, whose censorship’s scissors are sharper than a guillotine.

But Lau had to migrate to Taiwan to start making films about Malaysia’s social horrors and injustice.

“Some people politicize identity because they can gain from it, not because they have a true passion for the culture, the arts, the root,” Lau told Eksentrika.

Taiwan was this place for Lau, whose Boluomi touches heavily on the history of the Malayan Emergency and the contemporary mistreatment of Southeast Asian migrants in Taiwan.

His documentary The Tree Remembers (2019) tackles the issue of racism in Malaysia, from 13 May 1969 to the dreary marginalization of the orang asli.

I doubt that FINAS would’ve approved both — not surprisingly, the Film Censorship Board of Malaysia demanded 27 cuts to Boluomi, which can’t be screened in Malaysia.

“You can make the best out of yourself and speak for those who are silenced,” said Lau. But like him, you gotta have balls the size of solar systems to uproot yourself for the sake of your art. And we know well that not everybody can.

4. Do Lots Of Homework And Research

Still crying because nobody gives a damn about your film? Mmmm… you may need to take a breath, deflate your ego, and rethink your strategy.

Director Ray Lee of Belaban Hidup — Infeksi Zombi (2021) snared not one, but about a dozen international awards spanning the globe from Singapore to Japan, Canada to Sweden.

He possibly participated in every single horror and fantastic international film festival in 2021.

How did he make it, given that his Iban zombie film is a low-budget, self-financed flick without any big backups?

“First, search the film festival that suits the genre of your movie. You can search and submit through Filmfreeway, Feasthome, or you can directly email the festival,” Lee told Eksentrika.

Of course, it’s not THAT easy, pals. “Please be mindful that not all festivals will reply to your email, therefore you have to use different ways to connect with them, such as Facebook, Instagram, Linked In, Clubhouse, etc.”

It’s also not just about sending a pithy paragraph email.

“You gotta send a trailer, the poster, the director’s testimony and profile, BTS video and all sort of press releases or press kit to them,” explains Lee, who also says that a follow-up email a week to ten days after initial submission is encouraged if nobody has answered you timely.

His best suggestion is, however, to not over-boost your work, and to stay humble, patient, and professional when dealing with any festival director.

“Read all the criteria and regulations before you submit, and make sure you follow their rules and check out their website to understand whether they are genuine festivals or a scam. Make sure their fest is listed in IMDB or have a proper organisation,” suggests Lee, who also cares about reminding fellow filmmakers that it’s a long, tedious process and that abiding by the above basics to create a long-term pitching strategy is key.

5. Stay Inspired Regardless Of Any Achievements

You are still small, but you dream big. So you work hard, harder, the hardest you ever did in your goddamn life. But is it worth it?

“I thought that if my film was accepted into Rotterdam or Berlin film festivals, or my biggest dream, into Cannes or Venice, that that would have been the greatest thing I could achieve,” director Woo Ming Jin told Eksentrika.

A landmark exponent of Malaysia New Wave films in the mid-2000s, Woo worked very hard on his craft. And you know what?

“My first film got into Berlin, and my second to Rotterdam, while my third and fourth to Venice and Cannes. And yet, even with all these ‘milestones’, I had gotten little or no recognition locally, and industry people here scoffed at my ‘slow art films’.

There did not appear to be a path to ‘step up’ to, no opportunity to hone my craft on a bigger canvas.”

Do you remember where you are from, Malaysians?

Woo dabbled more and more into more “commercial” cinema and TV, but that also felt like an unfulfilling creative journey.

“After more than a decade, I found myself in an existential crisis. What to do? I’ve seldom been disappointed in my life, but at that point, I felt a full disappointment, mostly at myself, and my career. Was the passion gone?”

Listening to an artist the calibre of Woo Ming Jin should make you wonder that the most important suggestion is to look INSIDE of yourself, before seeking validation OUTSIDE chasing festivals.

In the end, Woo Ming Jin went back to pursue his original vocation and the work he loves making: his upcoming revenge thriller Turtle Stone will be a film about stateless people earning a living by turtle egg poaching.

Like you, Woo intends to submit it again to festivals — because that line above about PASSION is truly the first secret to make it to your dreams and beyond.

6. Realize Where You Are And Be Content With It Or Go Back To Point 3

The last suggestion after this fountain of first-hand knowledge is to sit down and realize the true situation of cinema in Malaysia.

“Our industry is in many ways ‘small’ and culturally, people here like to focus on negative things and bicker amongst one another,” said Woo to Ekesentrika.

“But there is a bigger world out there, and I hope my films will lead me to it.”

Let YOUR films also lead you to your unique path, bro. I don’t think there’s any better advice than that.

We’re looking for writers to write about the arts & culture in Malaysia and beyond. Read our F.A.Q. here before submitting your story pitch.